Drowning Under The Weight Of My Pile Of Shame

Is there a term for something worse than “first world problems”? Because this feels like it. 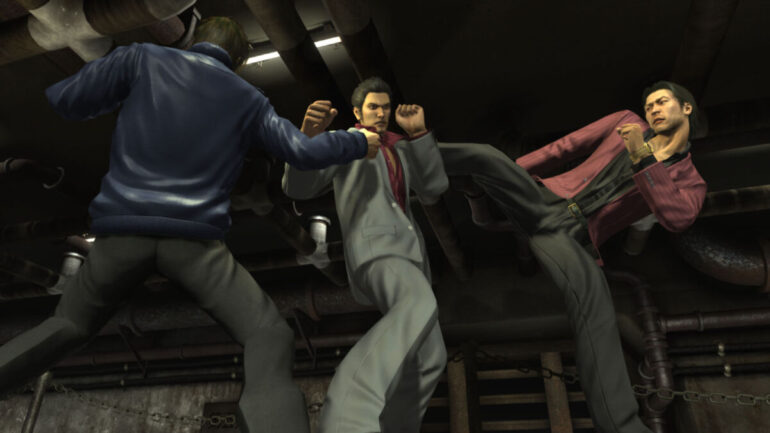 Someone please send me a liferaft or one of the rubber ring things they chuck at people who fall overboard, because I’m feeling a little adrift at the minute. A few days ago, I wrote an article about how Q1 2022 is looking pretty stacked, and I’d really like for it to calm down. While I made the case that it’s due to the insane competition that the quarter is hosting, there’s another reason that’s a little bit more selfish: I have too many games to play.

Right now, my pile of active games that I’ve started but need to finish or only played for a brief period is massive. It includes the Yakuza series (halfway through Yakuza 4), Mass Effect Legendary Edition (nearly finished the first game), Spider-Man Remastered, Ghost of Tsushima: Director’s Cut (need to get that platinum trophy), Control (those DLC campaigns won’t finish themselves), Hades (finishing the game on Switch wasn’t enough for me), NieR Replicant (still beating myself up that I’ve only done the first ending), Persona 5 Royal (one dungeon down, 100 hours to go) Umurangi Generation, Mario Golf: Super Rush, Fire Emblem: Three Houses, Carrion, Vergil’s campaign in DMC V: Special Edition and likely countless others.

Heck, I devoted space to The Witcher 3 a few years back for a series about my Pile of Shame, but after writing the article, I fell off the game completely. Feel free to let the hate flow through you.

This is also to say nothing of the games that I’ve amassed over the years that I’ve told myself I’ll get around to eventually, but never have. There are recent additions, like Returnal, The Forgotten City and Demon’s Souls, or Game Pass titles like ReCore, Haven, Last Stop, 12 Minutes and Recompile, though there are older games that have formed an almost impenetrable bedrock in my pile of shame. These include games like Coffee Talk, Dragon’s Dogma: Dark Arisen, the Life Is Strange series, Gris, Concrete Genie, Judgment, along with PS Plus games like the Uncharted series and Days Gone.

Having this many games to choose from also plays havoc with my sense of fun, in the sense that going back for second/third playthroughs feels wrong. I want to go back and complete additional runs of Resident Evil: Village (I even said as much in an article, but I’ve just not got to it yet), but I also wanted to complete the limited lives playthrough of DOOM Eternal. There’s also co-op games like Far Cry 5, Dying Light, Gears of War and Saints Row that I’m in the midst of playing through with my girlfriend, along with certain multiplayer games I’ll enjoy on a regular basis. There’s only so many hours in the day, and there’s not enough for the amount of gaming content to keep up.

It also doesn’t help if you forgo games entirely to watch three seasons of Sex Education in a week, but that’s neither here nor there. My gaming pile of shame is bad enough, so throwing TV and films into the mix is just asking for trouble. I want to watch the Marvel shows on Disney+, but I’m already failing miserably trying to use the little time I have right now just for games.

This is an issue that’s only going to get worse too. As a reviewer, I have to be on hand to ensure some of the latest games get reviewed, meaning my time is stolen away to focus on the new and shiny games instead of games I’ve been procrastinating on for years. There’s also games that I fully intend to make the time for, like Alan Wake: Remastered, Super Monkey Ball: Banana Mania, Halo Infinite and Forza Horizon 5 to name but a few, but playing these games at launch means other games are pushed to the bottom of the pile once again.

It’s a problem, but I’m not sure of its cause or solution. Part of me wants to suggest that achievements/trophies have dulled my appreciation of multiple playthroughs, as what’s the point of going through a game multiple times only to receive diminishing returns for my imaginary gamer numbers? I could just as easily use that time on a new game that’ll offer more. It possibly explains why Switch games get the short end of the stick from me, because what’s the incentive? However, that doesn’t explain why so many new games become neglected, either before playing or after a short session or two.

Another possible explanation is that, right now, I’m under the thumb of a lot of franchises that I’m aiming to knock out of my pile of shame. My single-player games like Yakuza 4, Mass Effect 1, Assassin’s Creed 2, or my co-op games like Far Cry 5, Gears of War 2 and Saints Row: The Third Remastered; all of these games are part of established franchises with multiple instalments afterwards. Finishing any of these games doesn’t feel like much of a feat or like I’m making progress through my pile when there’s another game right after. I’m enjoying Yakuza 4, but I’ve also got 5, 6, Like A Dragon and Judgment (along with Lost Judgment when I get around to buying it) waiting for me afterwards, making any progress gained through Yakuza 4 feel insignificant in the grand scheme of things.

As for solutions, the most progress I’ve managed to find is using a random number generator to decide which game I’m going to play, meaning I’m saved from the paralysis of choice. I can just throw a selection of games together, assign some numbers and let fate decide for me. It’s a decent system, but it’s prone to human influence. Just because I know I want to play Coffee Talk eventually doesn’t mean it always ends up on the selection wheel, and what’s necessarily stopping me from ignoring the choices entirely and watching 3 hours of gaming essays on YouTube?

One potential solution I’ve considered is spending the entirety of 2022 not buying any games. I’d use the calendar year to catch up on the countless games that I’ve missed out on, making exceptions for reviews because, y’know, it’s my job, and documenting my progress throughout the year. If nothing else, it’s content, innit?

Still, I know that’s not the most viable solution. Reviewing games isn’t going to ensure I keep up with the entire gaming zeitgeist for a year, and there’s going to be a year’s worth of bangers that I’ll have to catch up with once 2023 rolls around. Considering the fact that I’ll be doing that while also trying to keep up with the 2023 releases on top of it, I’m just going to end up a year behind constantly.

All of this is to say: there’s a lot of games, and I need help. I want to be able to run my own race, focus on the games I want to play and not worry about if I’m missing out, but I also know that when left to my own devices, I’ll be overwhelmed by choice to the point of not playing anything. I’m certain that I’m not the only one who feels this way about gaming at the minute, but if there’s a solution for getting past it, I’m all ears.

READ MORE: Will We Ever See A New Marvel Vs Capcom Game?