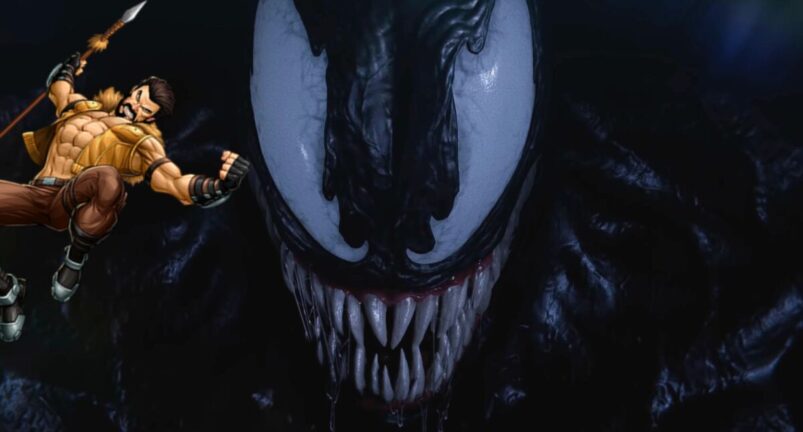 It was predicted that we would see a new Spider-Man game from Insomniac after the success of the original PS4 game and Spider-Man: Miles Morales, and during the PlayStation Showcase 2021, the development finally revealed that the series would be continuing with Spider-Man 2, set to release on PS5 in 2023. Insomniac also revealed a Wolverine game too, so they’re going to be pretty busy over the next few years.

The reveal trailer sees Peter Parker and Miles Morales teaming up to beat up some goons, but trouble is lurking just around the corner as Venom is revealed to be playing a huge role in the upcoming game. That’s great and all, but enough about that symbiote weirdo — I’m more concerned with the guy doing the narration, who appears to be Kraven the Hunter, and that’s very exciting.

Sergei Kravinoff, better known as Kraven, has been an iconic Spider-Man villain since he was first introduced in the comics in the 1960s, going on to become a constant thorn in the webslinger’s side. He was even one of the founding members of the Sinister Six, a concept already introduced in the PlayStation universe of Spider-Man, so it’s nice to see a legacy character being given his own chance to shine, even if he’s doing it alongside Venom and probably 5 other, not yet announced villains too.

While Venom’s threat to the life of both versions of Spider-Man is already well established through decades of comic books and other media, Kraven isn’t as much of a known draw, but he’s able to stand up to Spider-Man’s power despite only being a highly-skilled trophy hunter. He’s like The Punisher in that respect, going toe-to-toe with metahumans through sheer cunning and guile. Sure, he drinks potions designed to increase his abilities during the hunt, but those abilities are still nothing compared to Marvel’s big hitters, and yet Kraven is never a threat to take lightly.

He even typically operates with a code of honor, preferring to hunt or fight his prey at the peak of their abilities instead of striking when his opponent is unconscious, and showing respect for foes who prove to be his superior, which ties into the narration from the game’s trailer. It’s entirely within the character for Kraven to directly challenge Spider-Man, or even Venom, to a one-on-one instead of skulking in the shadows.

Insomniac has years of storyline and history to pull from, with Kraven’s crowning glory coming during a 1987 storyline referred to as Kraven’s Last Hunt. During the story, Kraven manages to defeat Spider-Man, who was using the symbiote black suit at the time. Kraven then steals the black suit and becomes a new version of Spider-Man, defeating a villain known as Vermin that Peter Parker needed help from Captain America to beat. When the original Spider-Man returns, Kraven doesn’t put up a fight, as in his mind, he’s proven he’s the ultimate hunter.

It’s a story that’s continually been voted as one of the best Spider-Man storylines ever written, but his appearances in the world of video games have been less than stellar. Aside from throwaway boss battles, his two major appearances consist of the opening level in Spider-Man: Shattered Dimension, where Kraven kidnaps Spider-Man and leaves him in the jungle, Kraven’s natural hunting ground, and a larger turn in The Amazing Spider-Man 2.

A much bigger role in a much weaker Spider-Man game, Kraven appears in TAS2 masquerading as a fellow vigilante, working together with Spider-Man to hunt down various human/animal hybrids that have escaped into New York. However, it’s revealed that Kraven was hired by Fisk to take out the Kingpin’s competition, leading to a fight between the two. Spider-Man wins, and Kraven gives Spidey information on taking down Fisk out of respect for the victor.

From the reveal trailer alone, it would appear we’re getting a version of Kraven who is more overt in his motivations than in The Amazing Spider-Man 2. Kraven’s always been about the thrill of the hunt, looking to meet someone or something who could prove to be a true test of his abilities, and he’s going to find it within the likes of Peter Parker, Miles Morales and Venom.

With a Kraven solo film on the way, having this villain be front and center in the upcoming game seems like a smart marketing strategy, especially considering hype for fellow Spider-Man villain solo film Morbius seems to be as low as possible (though that might be because no one wants to watch Jared Leto). Spider-Man 2 is a chance to show new fans what this villain is capable of on perhaps Kraven’s biggest stage yet. I’m incredibly excited.

READ NEXT: I Love Miles Morales and (Damn Right) It’s About Race