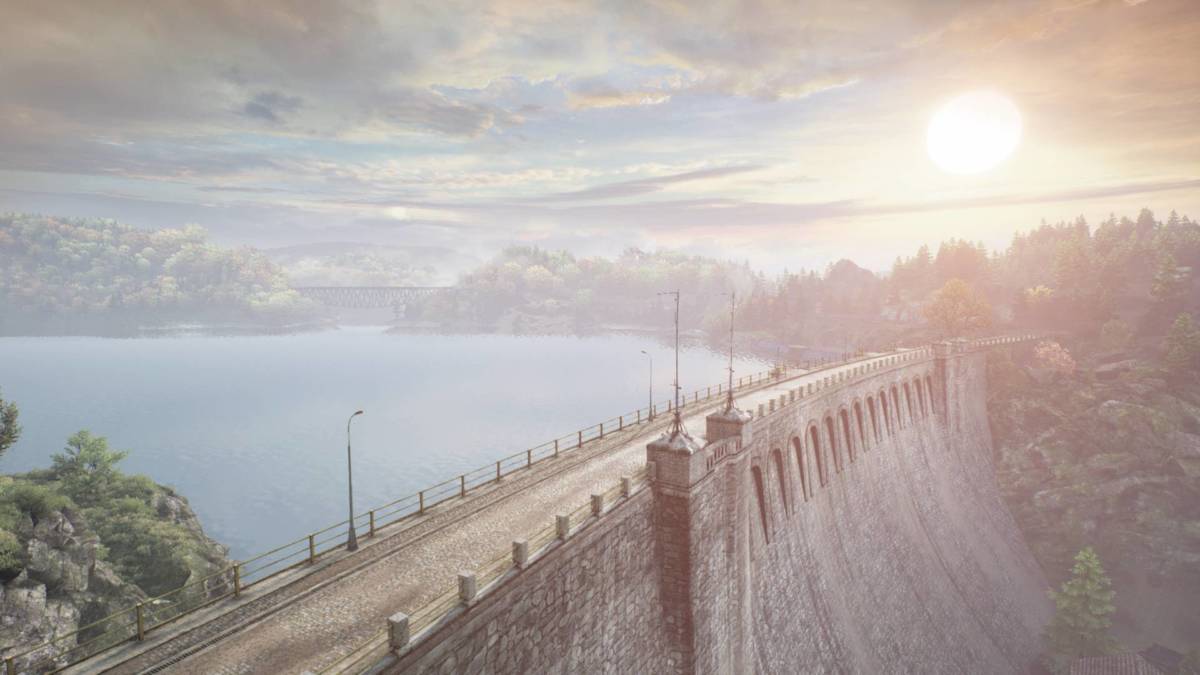 It’s been a long time coming, nearly three and a half years to be precise, but The Vanishing of Ethan Carter is finally available on the Xbox One. After being released, ported and repackaged for the PC and PS4, Xbox owners can now experience the mystery of Red Creek Valley for themselves. But after all that time, is it finally worth it? For someone who has never played the game before (me), absolutely.

If you don’t know anything about The Vanishing of Ethan Carter, here are the cliff notes. It’s a first person narrative driven exploration game where you play as Paul Prospero, a detective who specialises in the unexplained. He’s been summoned to Red Creek Valley to investigate the – you guessed it – Vanishing of Ethan Carter. Not Ethan Carter III, the wrestler, though he is now missing from Impact Wrestling, but a young boy.

As Prospero, it’s your job to wander around the town, find clues and try to piece together the mystery of Red Creek Valley. Within the first few steps into the game, you encounter some traps in the forest; traps designed to keep people away. Keep following the road and you’ll stumble upon a dead body lying next to the train tracks. Tragedy occurred in this valley, and someone or something out there doesn’t want you to be here, and that feeling is palpable from the get go. Underneath the stunning beauty of the valley, and it is a gorgeous valley, there’s something sinister lying beneath the surface. 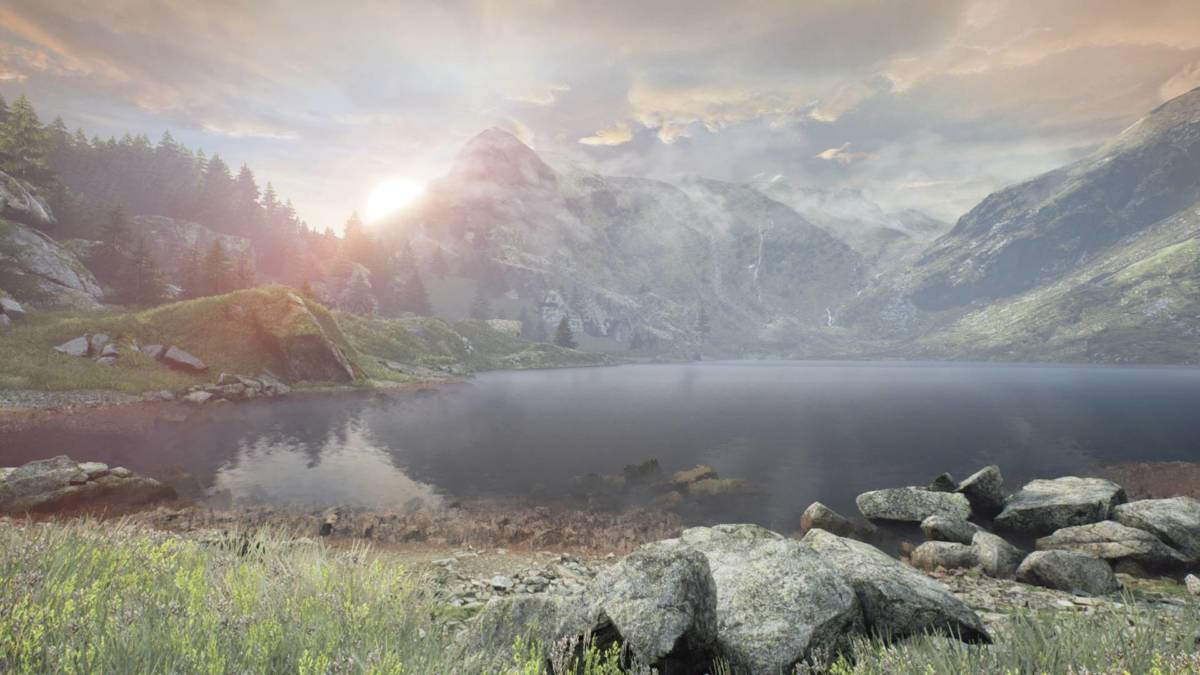 It’s unnerving, and you spend the majority of the game feeling like you’re being watched by an unseen force. Your hairs stand on end as you explore the abandoned architecture of rural Wisconsin, waiting for this unknowable threat to take form in front of you. It’s horror in the best kind of way, as it’s largely psychological. The biggest fear is the fear of the unknown, and not knowing what The Vanishing of Ethan Carter has in store makes for a truly tense experience. The score reinforces that feeling tenfold, knowing when to create atmosphere or tension depending on the situation.

The story at large is well written and acted, with a gut punch of an ending, but the key to truly enjoying The Vanishing of Ethan Carter is to go in as blind as possible. If you’ve gone three years already without spoiling the game for yourself, waiting patiently for the game to come out on Xbox, you can probably hold out a bit longer between reading this review and playing the game.

The graphics and valley itself are worthy of particular merit, with plenty of beautiful vistas that wouldn’t look out of place as a Windows desktop background. The photogrammetry technology used for the landscapes and buildings helps give the town of Red Creek Valley a truly lifelike feel, which in turn makes The Vanishing of Ethan Carter more unsettling. At least, that is the case when the Unreal Engine can actually be bothered rendering the world. Nothing jars the immersion quicker than a textureless boulder.

As you explore the valley, you stumble across some clues that can help reveal what actually took place in this sleepy little mining town. More often than not, the clues are the corpses of the townspeople, which Paul can interact with by using his creepy Sixth Sense powers to see ghosts of the past, using them to determine what actually happened. It’s a process that’s reminiscent of Murdered: Soul Suspect, as you try to piece together the order of events that took place. The ghosts even have that transparent blue look from Murdered. If you ever wondered what paranormal private investigation looked like, you now have an answer.

The character models themselves are probably the weakest part of The Vanishing of Ethan Carter. The photorealism of the buildings and landscapes is unfortunately betrayed by awkward looking characters with weird animations and poor lip-syncing. Thankfully, Ethan Carter is predominantly a solitary experience with little interaction with other characters, so it’s not the biggest issue in the world. 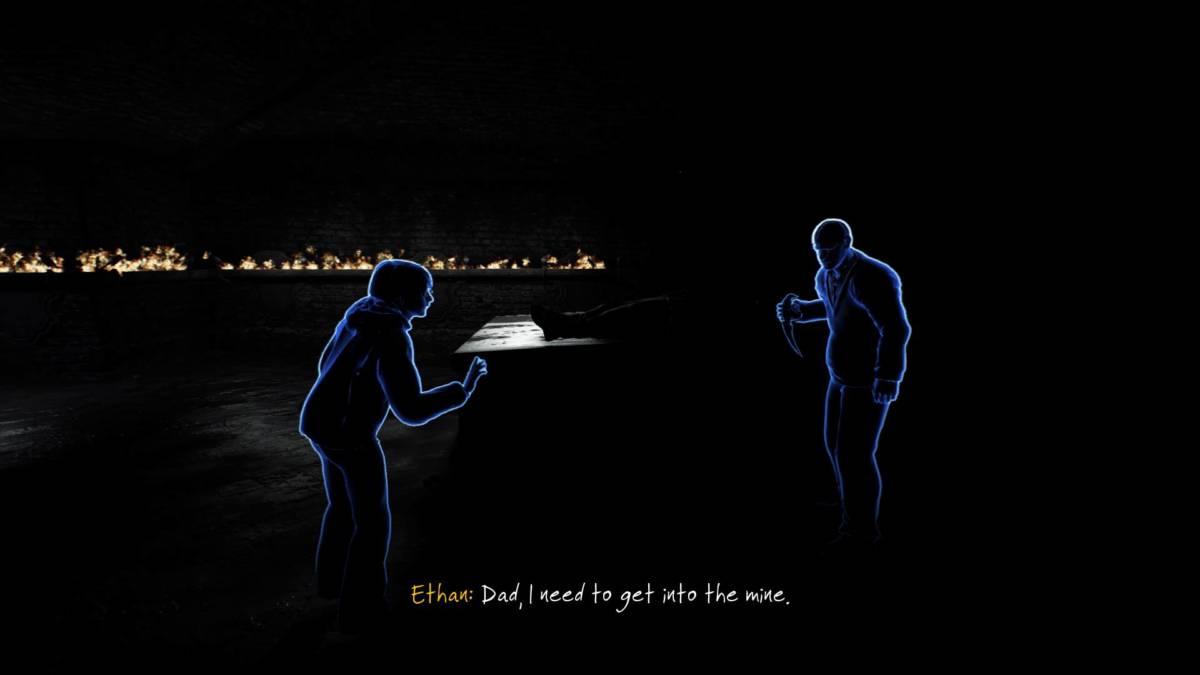 There are a few other scenes that don’t include the locals, which include tales of witches, curses and more, and this is where Ethan Carter takes on a more experimental tone. At first, these sequences can seem out of place, or not even related to the more pressing matters at hand, but they have their purpose within the confines of the story; one that becomes clear just before the credits start to roll. Ultimately, they give you a greater indication of the world at large.

Interestingly, the game doesn’t tell you that’s the point of the whole game. It’s up to you to figure out where to go, what to explore and how to solve the murders/puzzles. The opening of the game simply explains that The Vanishing of Ethan Carter “does not hold your hand”. There’s no objective markers, no hud elements, no indication as to where to go and what to do. It’s an experience that rewards the naturally inquisitive; the type of person who won’t move on to the next area of a game without finding all the secrets or collectibles.

If you’re looking for more of a linear narrative game, you’d be better off sticking to the likes of Blackwood Crossing or Fragments of Him. Both of them are fine games, but they’re quite straightforward in terms of how you play them. The Vanishing of Ethan Carter is a whole different beast entirely, which is what makes it unique, enthralling and brilliant.

Do you agree with our review of The Vanishing of Ethan Carter? Let us know in the comments, and for more Xbox news, check out the upcoming additions to the Xbox Game Pass.

Verdict
The lack of direction might put off some players, but credit must be given to The Astronauts for creating an engaging experience that lingers long in the memory. The Vanishing of Ethan Carter might not be as outwardly scary as something like Resident Evil 7, but it's a great lesson in establishing a creepy ambiance. Microtransactions: None
8