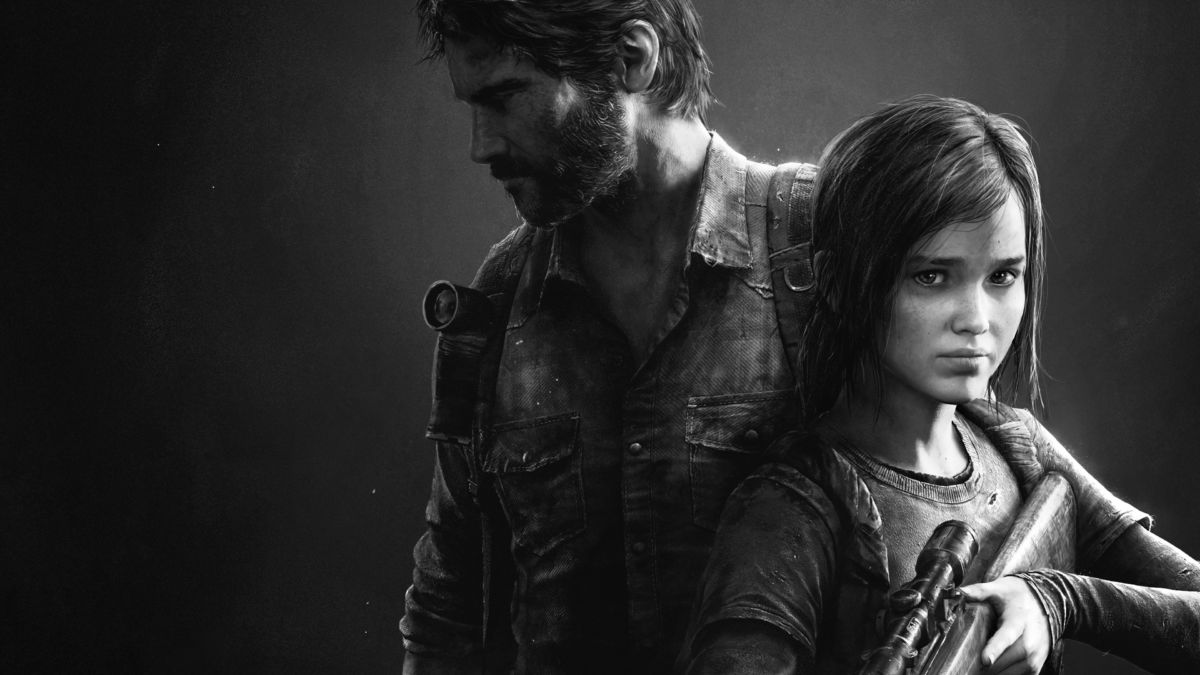 The Last of Us
Gaming
·19 min read

It's kinda crazy when you remember how much quality was on this thing.

Sony had some big shoes to fill following the success of the PlayStation 2. Though the console wasn’t a technical marvel by 2006 when the PlayStation 3 launched, its extensive library of successful titles really drove the continued popularity of the second generation PlayStation. As difficult as it was, Sony’s third console did find its own success in new and returning intellectual properties.

The following twenty titles showcase the best PS3 games around. They take us from the depths of space to the peaks of Olympus, through adventures of treasure seeking and deception to the scandals of the Wild West. It’s an eclectic mix of games, all with one very distinct thing in common – they represent the best of Sony’s third gaming console.

Though the first Resistance game, Fall of Man, fared well for a launch title, it was the sequel that better showcased what Insomniac and the PS3 were capable. After Army Ranger Sgt. Nathan Hale finds himself in the precarious situation of being infected by the Chimera virus and saving England, he re-enters the fray. This time, taking the battle to the United States after a Chimera invasion.

Resistance 2 better used its environments than the original, putting players in the middle of small town America. The result is a focused action title that throws hordes of different Chimera at the player, some, like the Grim, creating short horror segments.

Utilizing his Chimera powers, players maneuver Hale through his second encounter with the relentless extraterrestrial force. Technically more impressive and visually better than Fall of Man, Resistance 2 fleshed out a more engaging story that made players excited for the series’ concluding chapter.

Amanda Ripley is on a mission – discover the truth behind her mother’s disappearance. When the flight recorder of the Nostromo shows up, it’s too much for Amanda to resist, so she travels to the Sevastopol space station to retrieve the log. When she arrives, she finds a desolate station and soon learns that man isn’t the most feared thing in the galaxy.

Alien: Isolation was everyone’s introduction to a solid, capable horror game involving Ridley Scott’s xenomorph. The extraterrestrial giant that scurries throughout the space station is a relentless foe that can’t be taken down by any of Amanda’s tricks and gadgets. It’s a race to escape the Sevastopol station before becoming another victim of the alien threat.

Not since Alien have we had a reason to fear the xenomorph, but The Creative Assembly brought the iconic villain back in terrifying form. Some things, like android foe, can bog down the experience, but overall, Alien: Isolation is a successful horror title that expands upon a beloved film universe.

Ah, the lovable Sack Boy. Where the original LittleBigPlanet introduced us to his physics-based world, LittleBigPlanet 2 expands upon it with new challenges, new friends, and a level customizer that allowed players to create full-on gaming experiences, such as an in-depth first-person shooter.

LittleBigPlanet 2 thrived on co-op multiplayer, which took players through an extensive story full of physics-based puzzles and ample frustration. Still, the charm of the series made it impossible to stay mad at it, especially when you could take your frustration out on your friends. Angry that you can’t get past a level? Give your partner a slap or drag them off to their death. It’s a good stress reliever.

LittleBigPlanet 2 was many things wrapped up into a colorful and playful package, perfect for players of all ages.

In a not-too-distant future, Deus Ex: Human Revolution sets up a world where human augmentation is commonplace. At the forefront of the latest story in the Deus Ex series is Adam Jensen, a former SWAT team leader forced to undergo augmentation after being left for dead.

When a squad of augmented terrorists known as the Tyrants crash a party for Sarif Industries’ latest augmentation, Jensen finds himself at the center of a conspiracy that will force him to choose sides. Utilizing the latest in augmentation technology, Jensen can literally turn himself into a supersoldier.

Deus Ex: Human Revolution allows players to tackle the game as they wish, either as a gun-toting action hero or a stealth operative that relies on cunning and technology to outsmart his enemies. The ability to choose between augmentations allows players to craft their own story as they guide Jensen through a world divided by the very augments that keeps him alive.

Not every good game needs to arm you to the teeth and set you out against hordes of terrifying monsters. As Journey proved, sometimes it’s just about getting from point A to point B. Across a vibrant world filled with visual wonders, Thatgamecompany sends players on a, ahem, journey that is surprisingly emotionally taxing. That is thanks to the musical score, which was composed by Austin Wintory.

Journey features incredibly simple gameplay, but remains entirely engaging. The game isn’t about running from an impossible enemy or solving difficult puzzles. It’s all about the journey, which is stunning and is sure to stick with players long after they’ve completed it.

Along the way, players may come across others that pop in and out of their game, though their interaction is limited to musical chimes and their PSN ID is hidden. It’s a shallow multiplayer mechanic, but one that allows you to share this experience with another person.

In space, nobody can hear you get torn apart by the horrifying, mutated, re-animated corpses of the crew of the USG Ishimura. As the voiceless systems engineer, Isaac Clarke, players are introduced to a 26th-century universe of space travel, planet cracking, and intergalactic colonization.

All of that is fascinating and serves as a great backdrop for Dead Space, but it only takes about 10 minutes into exploring the Ishimura, a planet-cracking mining ship, to realize something terrifying will overshadow all of it.

The necromorph are a unique entity that aren’t easily killed by conventional means. Sure, you can unload a clip into them and eventually drop them, but to avoid their very grotesque and deadly features, you’ll need to dismember them limb by limb. Dead Space’s combat is the best of survival horror, forcing players to land perfectly aimed shots all while shaking with fear as a once-human monstrosity scurries toward them.

Dead Space is a masterful display of sound design as the Ishimura comes to life with the fiends of space inhabiting every nook and cranny.

Valve intrigued players with the simple yet still complex concept of the original Portal. As a test subject named Chell equipped with the experimental Portal Gun, players must pass a series of logic and physics tests at the behest of the supercomputer GLaDOS.

Portal 2 expands upon that concept with more complex puzzles that Chell once again must tackle in the single-player campaign. While the original Portal had only a one-player mode, Valve took the necessary step to add a multiplayer component to Portal 2. The result is a game that surpasses the ingenuity of its predecessor with a heaping of content added with the 2-player experience.

There’s no denying that the campaign is a worthy successor of Portal, with GLaDOS returning and a new robot, Wheatley, adding to Chell’s predicament. It’s the multiplayer, however, that shines. Cooperation and communication are the only ways to succeed in each level, which can either lead to feelings of accomplishment or chaotic hilarity. There is no in-between.

After stopping The Joker’s antics in Arkham Asylum, Batman embarks on one of his longest nights in Gotham – or should we say Arkham City. With the asylum in shambles and villains running free, Gotham’s finest opt to wall off an entire portion of the city, creating the titular location for arguably Batman’s best action-adventure.

Arkham City is proof that sometimes bigger is better. As The Dark Knight, players square off against his worst enemies, the Clown Prince of Crime among them. Featuring a bigger roster of Gotham’s most dangerous criminals than Arkham Asylum, Arkham City is a robust title with plenty of content. From The Riddler’s trophies to Joker Teeth, there are 400 collectibles to find in between pummeling henchmen.

Despite the more open environment of Arkham City, Batman is still a master of stealth and keeper of some of the coolest gadgets. Sonic Batarangs, electrical charges, smoke pellets, explosive gels, and Batclaws are just a few of the tools the Caped Crusader has at his disposal, each one serving a unique purpose in his quest to do what he does best – beat up bad guys and save the people of Gotham.

After Snake Eater amazed Metal Gear Solid fans, Guns of the Patriots was left with some pretty big shoes to fill. Much like with Snake Eater, early previews of the fourth Metal Gear Solid confused fans. Who was the Burt Reynolds-looking character being introduced and how did he fit into the narrative? Were we continuing the saga of Big Boss, or was it time for Solid Snake to return to the spotlight?

The answer we got was a depressing one and continued to show fans that there was no happy-go-lucky ending in store for Kojima’s beloved series. Old Snake was designed with many of the tropes we expect from aging, battle-hardened warriors. Except, unlike The Expendables where it’s worked in for laughs, it’s incredibly tragic and saddening. Watching Snake become a decrepit, broken old man is like watching a legend wither away into nothing.

Guns of the Patriots was pretty bonkers, even compared to Snake Eater, but it was a solid Metal Gear game. The plot takes some twists and turns that fit right into Kojima’s zany storytelling, but the game is a fitting conclusion to the Metal Gear Solid saga with some of the most memorable moments the series has seen.

There are, what, 400 Assassin’s Creed games out there? Yet somehow the second in the series, which released in 2009 and fixed many of the issues of its predecessor, remains not only the best in the series, but one of the best games on the PS3. Ubisoft had many opportunities to recreate the awe and wonder of Assassin’s Creed II, but it hasn’t quite hit the mark yet.

Ezio Auditore da Firenze, ancestor of the series’ original protagonist, Desmond Miles, has remained an icon of the Assassin’s guild. Ever since Assassin’s Creed II, his name has popped up frequently, especially among fan murmuring with every subsequent new release. The stars aligned for Assassin’s Creed II, which was the perfect mix of action, parkour, exploration, and story. Even with more recent titles that deviated from the series’ core format, the second game remains at the top.

The expansive world and bounty of side quests made it difficult not to fall in love with Ezio’s adventure, which felt like the first real introduction to the skills of the Assassin’s. Set during the Renaissance, the cast was rounded off with historic faces like Leonardo da Vinci and Niccolò Machiavelli, which added just another fun quirk to an already great game.