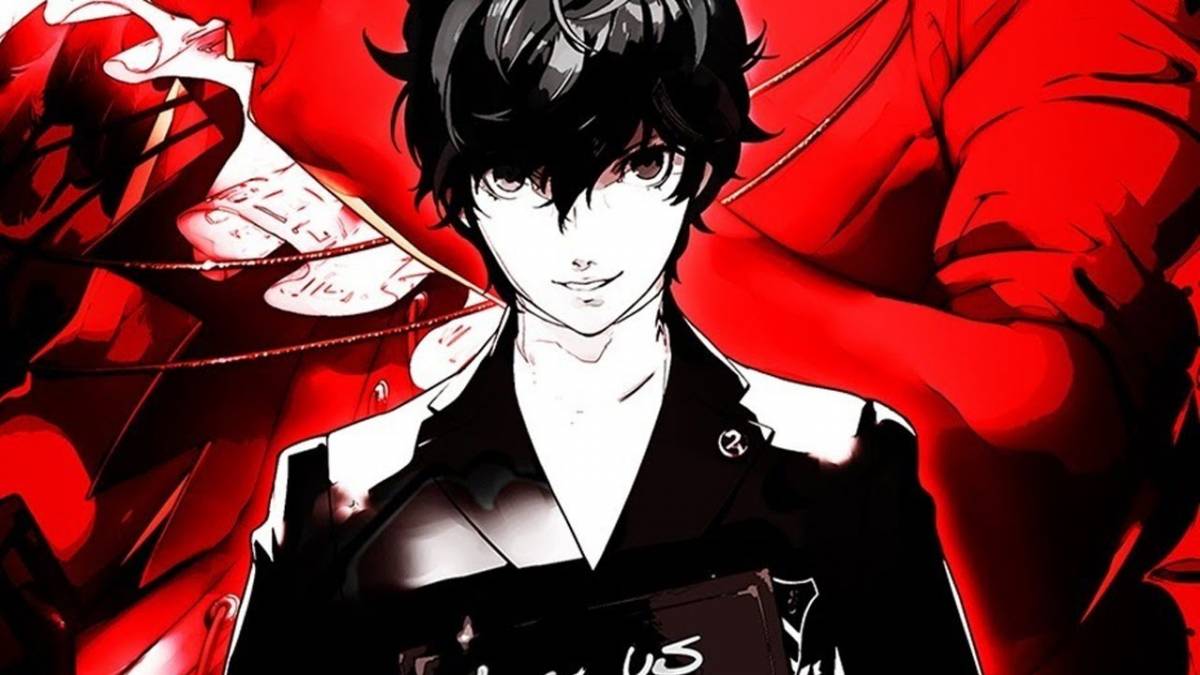 The fifth instalment of the Persona franchise was released April 4, bringing more than 100 hours of gameplay to fans on the PS4 or PS3. With its ridiculously stylish layouts, general gameplay and animations smoother than butter on a sheet of metal in an Australian summer, and witty writing, Persona 5 is here to bring you back to school.

Like the previous games in the series, the game has you spend your days sitting at school, staring into the distance, being interrupted by questions that you can then answer easily by pausing and asking Google. When all of that is said and done, it’s time to go outside, do stuff with your friends, go be badass and fight some monsters that are actually the souls of mean people, go on dates, or even read. Whatever you choose to do, as long as you stay in the allotted timeframe.

The game starts with a bang, having you play the end of the final heist, with the protagonist getting caught, and then goes back to the beginning, with occasional flash-forwards to remind you that that’s still a thing. Igor, the long-nosed mysterious man whom Persona fans will recognize from the previous entries in the series, declares that this future can still be prevented. 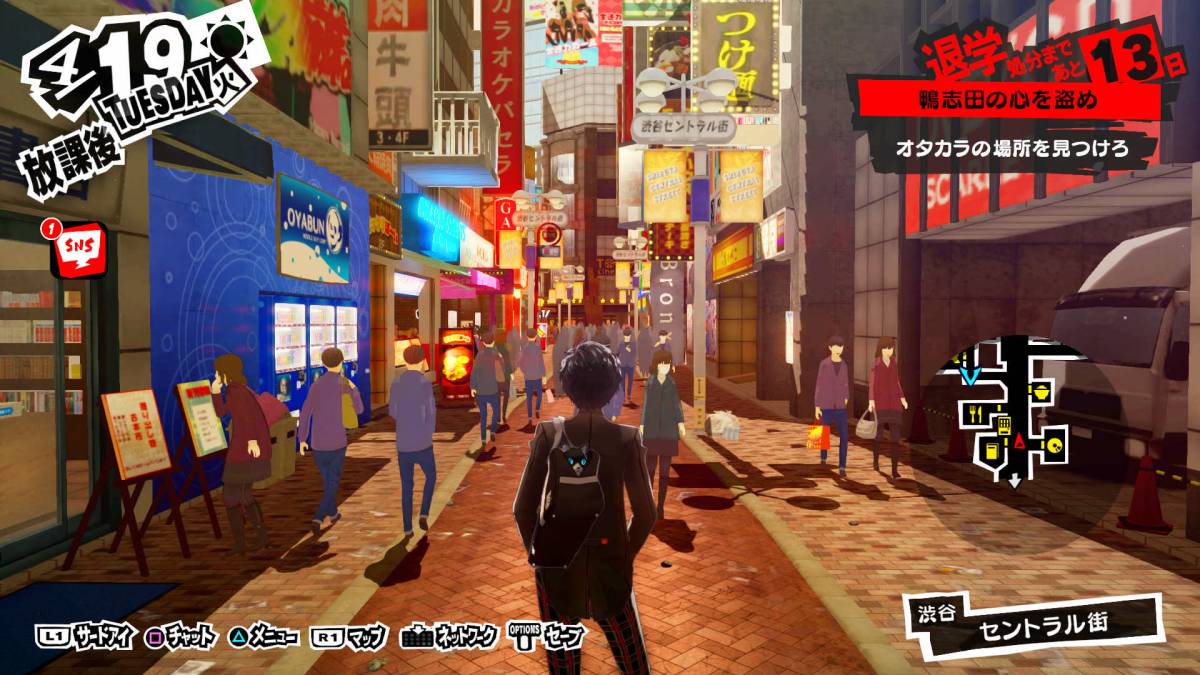 The main protagonist (AKA you) is an average teen on probation. He was kicked out by his parents for allegedly assaulting a middle-aged man who had too much money. In fact, the reason for the “assault” was because this man was harassing a woman. As the protagonist tried to help the woman, the man fell down, and called the police, pressuring the woman to lie about him.

Not only did he have to move out of his parents, but he was also expelled from his school, with the only school to take him in being Shujin Academy in Tokyo. Although he has never met his new guardian, he takes him in and lets him live in the attic of his small bar/bistro.

On his first day he meets the worst possible person for someone on probation to be friends with, the school troublemaker, Ryuuji Sakamoto, as well as Ann Takamaki, the girl that should be popular, but somehow isn’t. He also meets the man who has the school and parents wrapped around his finger: The coach of the volleyball team, Suguru Kamoshida. 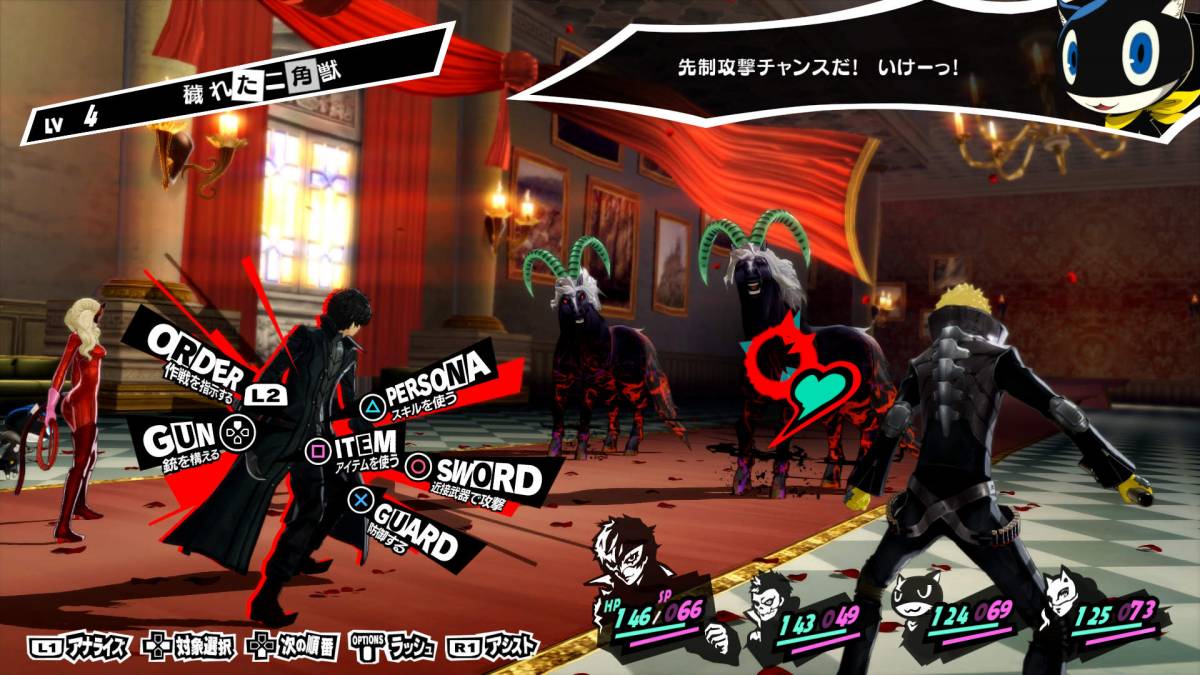 Discovering that his twisted desires turned the school into a castle (in his heart, at least), Ryuuji and the protagonist try to stop him, and along the way are assisted by Ann, and a cat named Morgana. This is but the first of many crooks and criminals whose hearts they steal, always leaving a calling card declaring: “The Phantom Thieves are going to Take Your Heart!” Along with the usual information of future regret and distress.

The gameplay has two different main areas. A day-to-day school life, as well as adventures through either the twisted desires of a single person, or those of the general public. The school life mode is fairly straight forward, and has you sit in school the whole morning from Monday through Saturday, letting you pick what you want to do most afternoons, and most evenings, too. Sundays are like normal school days, except for the fact that you have no school, which for some reason does not give you time for an extra action. However, there is still plenty of time to spend levelling up the social links with the quirky characters you like, eventually even aiming towards getting together with the girl of your choosing (if you want to).

The main world where you spend most of your day to day school life is split up into different areas. Some of them you can travel to for free, with the ticket you need to get to school, and others you need to pay for. You can unlock some places by reading books, and others by spending time with people. Different areas have different things to do, and whether or not you’ll be able to do the thing you want to where you want to do it depends on when you go. There are many different things you can do to kill time, and while some of them level up your social links, others level up your social skills, knowledge, guts, proficiency, kindness and charm. One way to level these up is by reading. In fact, reading is quite important, because it is the easiest way to level up some of these social skills, which can help you a lot as you go on.

In the heists, where you venture through the twisted heart of a person to steal the manifestation of their desires (I swear, this makes sense in-game), you can interact with different things, solving small puzzles and sneaking around enemies or facing them straight on. If you choose to attack them, you’ll face them in a turn-based battle. With different types of Personas and Shadows (the enemies) having different strengths and weaknesses, it’s up to you to find out how what attack will affect whom.

If you manage to get a critical hit on an enemy, or hit them with an attack type they’re weak against, they’ll be knocked to the ground. If you manage to knock all of the enemies to the ground, you can ask them for money, for an item, or for them to join you (if you don’t own the Persona already, and if your level is high enough), or you can just beat them down in an all-out attack with a stylish finisher (that is unique for each character whose turn the finisher was triggered on).

Persona 5’s entire UI is designed in a way that fits perfectly with the rest of the game. It’s styled like the calling card designed for the second heist, for the most part, and has as many transitions as a third grader’s PowerPoint presentation. The only difference is that the transitions here are magnificently done, and makes each menu flow into the next, and back again, with smooth movements clashing with the jagged style in a way that just fits. In battles, the status bars are in the bottom right, while the controls are centred on the character being controlled at that moment, with jagged signed sticking out on both sides, button labels in the middle. The whole aesthetic of the game’s UI seems so lovingly pieced together that it leaves you wondering if they put just as much work into the UI as the game itself.

This is not to say that the game lacks. Not at all. In fact, the only thing that irked me in the slightest about the entire game is that there are 1-hit-kill attacks, which can get annoying when there are five enemies that have that ability. However, that ability has not only been present in previous instalments of the series, but is also usable by the player, and so, it’s forgiven. The game’s main animations are just as smooth as the transitions from menu to menu, although sometimes a character might walk slightly off, in general there is nothing to complain about in the slightest.

Not only does the UI fit with the game, but the music, too. The lyrics and tone of the different songs fit the slightly punk theme of rebelling against those with more power and overcoming your own fears. From the opening theme song “Wake up, Get Up, Get Out there” to the battle theme, everything fits together like pieces of a puzzle.

With a gripping story, quirky characters, witty writing, and everything that you need to make a good game, Persona 5 will take hold of you for its 100+ hours of gameplay and have you wishing you didn’t need to take a break. It’s great all around, and even has replay value, despite already being a long game.

Verdict
If you’re looking for an awesome new RPG to keep you entertained for hours to come, Persona 5 is the way to go.
10
Cultured Vultures is a pop culture website established in 2013 covering all things gaming, movies, and more. We eat your words.
All The News On The Biggest Games