Disco Elysium still has tricks up its sleeve and messages worth hearing. 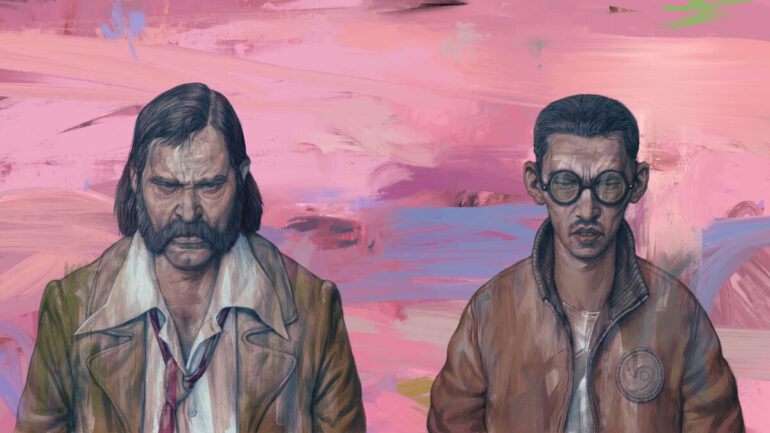 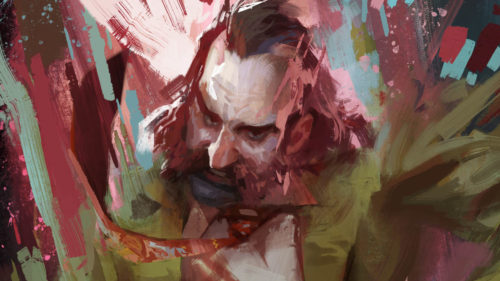 Disco Elysium: The Final Cut begins the same way its original release did in late 2019: in total darkness, with the voice of your own Reptilian Brain and Limbic System encouraging you to stay in the dark. Then you wake up — a mostly naked, hungover cop who’s forgotten everything, even your own name. This is your introduction to the world of Disco Elysium, whether it’s your first trip to the war-ravaged city of Revachol and the district of Martinaise, or you’ve been around this neighborhood before. The introduction is cerebral, opaque, and captivating. In other words, it’s Disco Elysium wrapped up in a bow.

ZA/UM’s smash hit, which we called the most intoxicating RPG of 2019, doesn’t make itself easy to get along with in its early stages. In the first hour or so, you’re bombarded with vomit, a corpse, deep existential self-loathing, open racism, and a few censored (but still very clear) homophobic slurs. The game almost dares you to stick with it, as if to say, “do you really have the stomach to solve this mystery? It’s a gross world, after all. Maybe now’s the time to get off this ride if you can’t handle it.”

Staying on the ride is well worth your time and energy, though. Underneath its rough opener, Disco Elysium is, just as it was at its initial release, a mind-searing manifesto of a video game. Your hapless, amnesiac cop quickly finds himself in a massive conspiracy involving a labor strike, a failed communist revolution, and some truly weird forces that might push past your human understanding.

Disco Elysium: The Final Cut still wears its politics on its sleeve, giving an unabashed dash of very clear real-world ramifications in all of its situations. There are four major political identities your detective can fall into: communist, ultraliberal, moralist, or, if you really just can’t read the room, fascist. The game doesn’t try to argue that ‘all sides have a point’ or anything pedantic like that — the fascist dialogue paths make you an absolutely awful person, and on the opposite end of the spectrum the communist dialogue paths make you reckon with the gulf between your ideals and your current reality.

Of course, if the game’s writing was only concerned with political ideology, it would be more of a lecture than a video game. Disco Elysium: The Final Cut always lets your choices and actions guide the plot, with any number of different paths being available to you to hunt down answers. You and your partner/voice of reason/best video game character in a generation Kim Kitsuragi have a number of set objectives to complete, namely, solving a murder, but you’re left to your own devices in how you go about it.

Your primary actions in the world are inspecting the environment for clues or items, and talking with people to gather information. These actions can trigger progress-determining Skill Checks, wherein the game simulates a dice roll based on your character’s stats. Want to intimidate a strong-looking suspect? That’s an Authority check. Want to ram into a locked door? That means rolling to see if your Pain Threshold is high enough. Failing a Check will often impede your progress, but most story-related ones can be retried later, giving you a chance to equip different items or learn new info to give you an edge. Disco Elysium has a very fail-forward philosophy to it — even when you miss on a check, the result is usually still informative and often very funny.

Instead of the simple stats of other RPGs like ‘Charisma’ or ‘Intimidation,’ your stats in Disco Elysium are things like ‘Conceptualization’ to help you think outside the box or ‘Inland Empire’ to help you perceive strange, supernatural goings-on, or ‘Electrochemistry,’ to, well, use drugs and alcohol. Whatever helps you close the case.

These 24 distinct stats, separated into four categories (Intellect, Psyche, Physique, and Motorics) also talk to you. During a conversation, Authority might encourage you to forge ahead and take charge, while Volition will suggest you think twice about what you actually stand to gain from continuing a conversation. Your stats are sort of like other party members in a more standard RPG, other characters along for the ride inside your head.

As you continue through the game, the choices you make and the skills you invest in will determine which voices get louder, and which voices take more of a backseat role. Avoid choosing racist or misogynist dialogue options in the early sections of the game, and your detective will thankfully stop considering them all together. Who you are, and who you want to be, are key thematic questions for the game. You slowly piece together who you truly are through your actions and choices, assembling a coherent person out of all the random things you’ve stapled onto yourself.

Disco Elysium, for all its detective fiction trappings, is a game about a lot of things. Looking literally at the plot, it’s about a man at a crisis point in his life, trying to decide what kind of animal he wants to be. Or it’s about a city in the grip of post-capitalist decline. Or it’s about the shattered dreams of a communist revolution that freed its people from fascism only to be betrayed by a coalition of capitalist nations and ground into dust. Or it’s about a metaphysical dead zone in the hearts of all human beings, and how impossible it is to live a just, kind life in a world so tied to material cruelties like hunger and poverty.

The prose in the game sticks the landing in practically every respect. Every thematic slant observed above is handled with dexterous language, both philosophical and humane, cynical and sincere. It helps that the game also has a wicked sense of humor, with set pieces like a miserable karaoke experience standing out as all-time highs, along with dialogue options to warn people about the coming apocalypse or tell people your name is ‘The Gloaming.’ Disco Elysium’s writing constantly takes huge swings, and nigh-always hits it completely out of the park.

So if the game’s writing nearly never misses, what does it miss? As a game about solving a mystery, most of your time is spent looking backwards: at what happened leading up to the crime, what events in Revachol’s history have led to this moment, where did you lose your gun and badge, etc. Due to this preoccupation with the past, Disco Elysium doesn’t have much time to look toward the future. While no ideology gets out unscathed or treated like a naive cure-all, this thoroughness in the game’s themes has the unfortunate consequence of not giving us any actual idea of what a path forward could reasonably be, beyond small victories and the need to try again tomorrow. At the end of the game, what did Disco Elysium actually believe in?

There are a number of interpretations that could account for this: from a story perspective, the city of Revachol is itself sandwiched between various parts of its past, unable to squeeze out and get a word in on its own future. Characters are bound by their circumstances, unable or unwilling to break free of their material conditions. Maybe that’s the message: these people in Revachol can’t be saved in the current system, and another revolution will be needed to shake the shackles. Or maybe that’s just the Communist dialogue option.

All of these elements were present in the original release, and the Final Cut version adds a few new elements. The game now includes full voice-over throughout, though some characters’ voices have changed as a result, like the human raccoon Cuno. The voice-acting is strong and evocative, making every citizen of Revachol come alive with a more vivid personality. Hearing the hopes and fears of every major and minor character makes their conflict and stakes feel much more real.

The Final Cut also adds new ‘political vision quests’ for each of the four major political factions. Each one opens up new scenes and dialogue options to really drill down on what the game has to say about each school of political thought. These scenes are yet another section where the game’s writing shines, showing the true ramifications of these schools of thought writ large on Revachol.

When Disco Elysium first came out, it was pre-COVID, pre-2020 US election, pre-an awful lot of world events. At the time, Disco Elysium seemed like a game ideal for the end of a decade, and the end of a particular era. It felt like maybe Disco Elysium would be viewed in the coming years as a product of its time, either a prescient piece of historical context, or as a dated-yet-earnest take on large issues of its political moment. The Final Cut arrives in a different world, yet a world that still needs to hear what it has to say. In our world, as in Revachol, we haven’t quite shaken off the past yet.

Disco Elysium: The Final Cut may not be for everyone, with its coarse opening and mechanical quirks, but it states its goals and pursues them with a virtuoso’s skill. The game is a towering achievement in video game narratives, in the CRPG genre, in detective fiction, and in art for this moment of the 21st century. 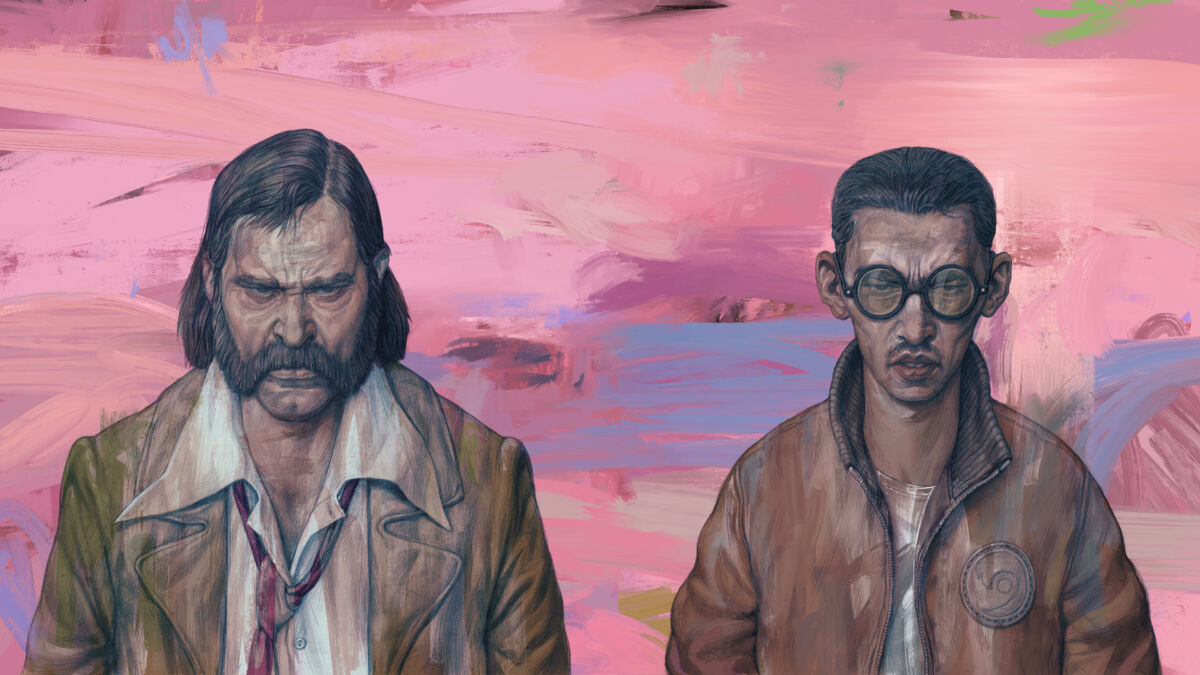 Verdict
Bolstered by new features and quality-of-life upgrades, Disco Elysium remains a clever, uncompromising examination of how hard it is to do something as complicated as exist in the real world.
9.5
Cultured Vultures is a pop culture website established in 2013 covering all things gaming, movies, and more. We eat your words.
All The News On The Biggest Games