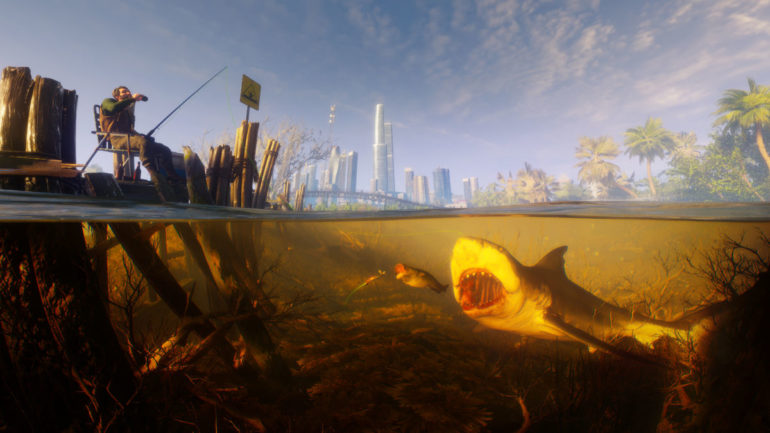 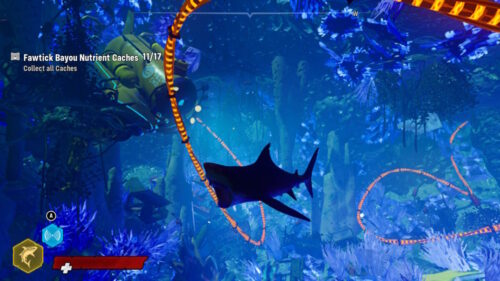 It’s not uncommon in video games to take on the role of a human who kills animals, or other humans. Less frequent, however, is the protagonist being an animal who kills humans. Maneater gives you the opportunity to do just that, taking control of a female Bull Shark with the aim to eat everything in sight. The game was released last year on multiple platforms to a good reception, and with multiple RPG attributes including unlockable abilities, levelling up and infamy levels, Maneater is much more than just a simple swimming simulator on Switch.

Maneater is told through the medium of television, in a show aptly titled “Maneaters vs. Sharkhunters”, and is narrated throughout by the fantastic Chris Parnell (who many will be familiar with from Archer and Rick and Morty). The game, and consequently the TV show, follows the story of a shark hunter named Scaly Pete, who is maimed by a shark pup whose mother he kills at the beginning of the story. That’s where you come in, as you take control of said shark pup. What follows for the rest of Maneater is a story that’s fun to be a part of, which can be taken on at your own pace, as you explore areas that only open up as you progress.

A nice touch in Maneater, as well as the facts about sharks that pop up in the loading screens, is the attention that seems to have been paid to the actual creature. Bull sharks can survive in both fresh and saltwater, and are responsible for most near-shore shark attacks, so were an aptly picked species to have the game follow. Their tendency to bite and shake their enemies about so they’re unable to flee is also replicated in the game, so it’s good to see the developers keeping the real life likeness, even with a shark.

Controlling your shark is easy enough, with swimming being a simple and fluid process. Things get a little trickier once you start fighting enemies, because dodging and attacking is not quite as straightforward. Trying to focus on a particular enemy is hard, especially in a large group, and you might find yourself seeming to miss with your bite attack even though you are right in front of the enemy. You might also encounter glitches with enemies getting stuck in walls or ceilings, but all this does is make it easier for you to attack them, so it’s hard to complain too much.

Everything in Maneater has a level, including you, and all the creatures in the game’s world have a purpose. There’s a whole host of predatory fish and mammals for you to come up against, which start off as crocodiles and barracudas, but get significantly bigger and harder to beat later on in the game. Eating smaller fish and creatures, such as turtles and mackerel you find swimming around, not only allows you to recover health, but also gives you fats, proteins, minerals and mutagens, which allow you to upgrade your shark. These upgrades include bites with different abilities, such as poison or paralysing, and improving your body, tail and organs to make you a super evolved shark, which only makes the game more and more fun.

When you aren’t munching fellow sea creatures for health, nutrients or XP, you can take your time exploring the waters. With caches, license plates and road signs to collect, as well as hidden grates to break through, there’s plenty here to keep you entertained. From bayous to golf courses, there’s a nice variety of environments for you to explore here; the grottos especially, where you level up and fast travel to are a special treat to swim through. To collect everything in Maneater, you’ll need to go back and forth between areas as you level up and upgrade. A map with numerous icons and a built in shark sonar system makes things easier for you to find, but some things will seem unattainable early on, even though they won’t be.

If coming up against fellow sea creatures doesn’t fulfil your bloodlust, there’s plenty of humans hovering about just waiting to be eaten. There’s something strangely satisfying about jumping out of the water and grabbing someone off a boat, before chewing them to death. Do this too much though, and you’ll raise your infamy level and be hunted. Scaly Pete is not the only sharkhunter about, and these humans come armed with weapons. These fights are harder due to being out of the water, and require some quicker reactions on your part, but offer a bigger reward. Make your way through the list of hunters and you’ll earn abilities and unlockable sets for your shark, which only makes things easier to take down the next hunter that comes after you.

As fun as Maneater is to play through, the graphics on Switch could do with some improvements, especially for the humans. The water, your shark and most of the sea creatures look spot on, and a good likeness to their real creatures. Most humans unfortunately look a little blocky, especially when you get close to them. There’s also some cases of textures dropping, which can be off-putting, especially if it happens during an important fight.

Though not without its problems, it’s hard to deny what a fun game Maneater is. Your shark is an ideal specimen to explore the waters with, and coming up against creatures of all shapes and sizes with extra abilities only makes the experience better. Unfortunately, the game is let down by some graphical problems and a few issues with glitches, but these aren’t frequent enough to ruin your gaming experience. Maneater is the perfect game to sit down and play after a stressful day to let off some steam, and any humans that try and come up against your shark are going to need more than a bigger boat.

A copy of Maneater for Nintendo Switch was provided by PR for the purposes of this review. 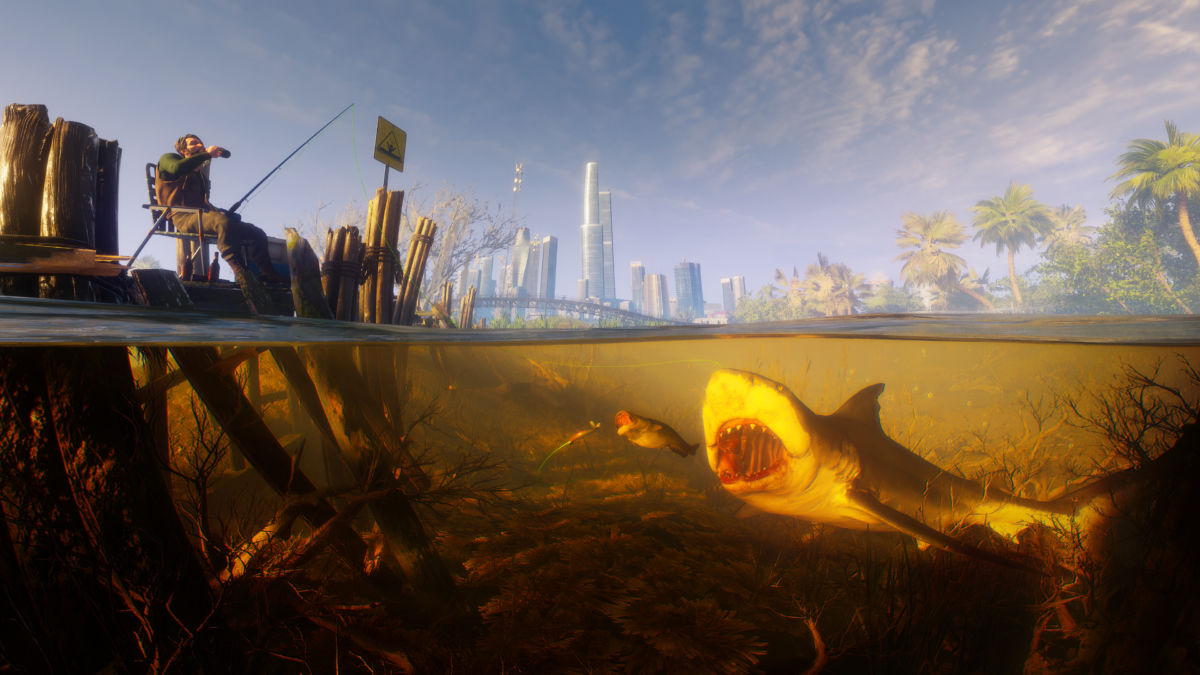 Verdict
Turning the usual “human hunts animal” expectation on its head, Maneater is much more than a simple shark simulator, and provides an fun open world RPG that you can really sink your teeth into.
8
Cultured Vultures is a pop culture website established in 2013 covering all things gaming, movies, and more. We eat your words.
All The News On The Biggest Games