Right now, Genesis Alpha One is a mixed bag, but it’s a gorgeous and well-made bag. 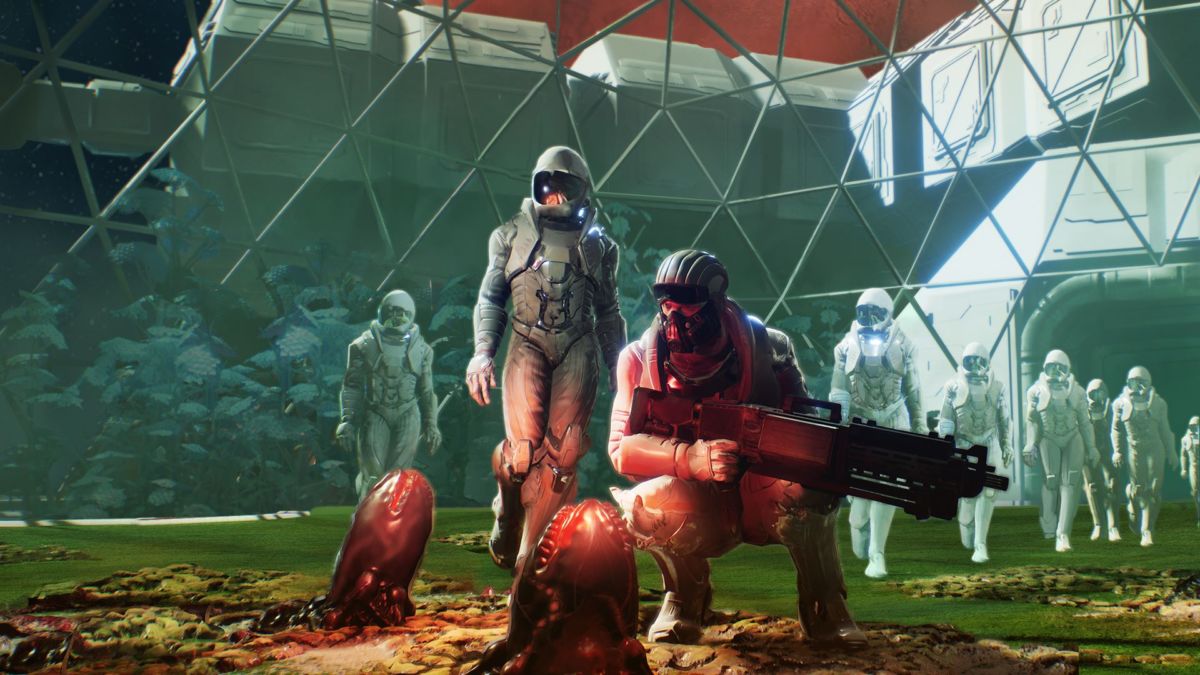 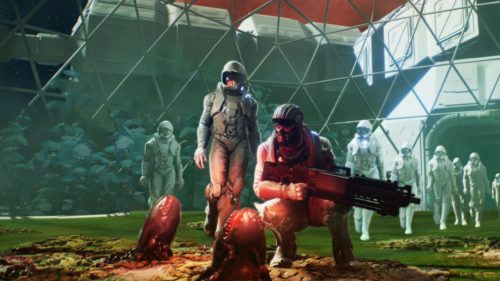 Genesis Alpha One feels like a sci-fi geek’s dream game, a unique experience that blends the roguelike/building/survival genre unlike any game I can think of previously. In fact, right off the top of my head, I can’t really think of a game that is quite the same as Genesis Alpha One. Sure, there are games that are very similar to particular aspects of this game, but not one that is exactly alike.

Genesis Alpha One tasks you with searching for a home for humanity. In a feature akin to FTL: Faster Than Light, you hyperjump to a new sector, and face any dangers that you might find there. Along the way you’ll find debris and planets, which you’ll gain resources from to continue the expansion of your ship.

Resources are gained from one of two ways: beaming aboard debris and removing resources from it, or physically travelling down to a planet and mining the resources yourself. Luckily, you’re not alone on your voyage into the unknown, as humanity is preserved through cloning. Clones populate your ship and can be assigned roles, which makes the likes of refining ore or collecting resources quicker. 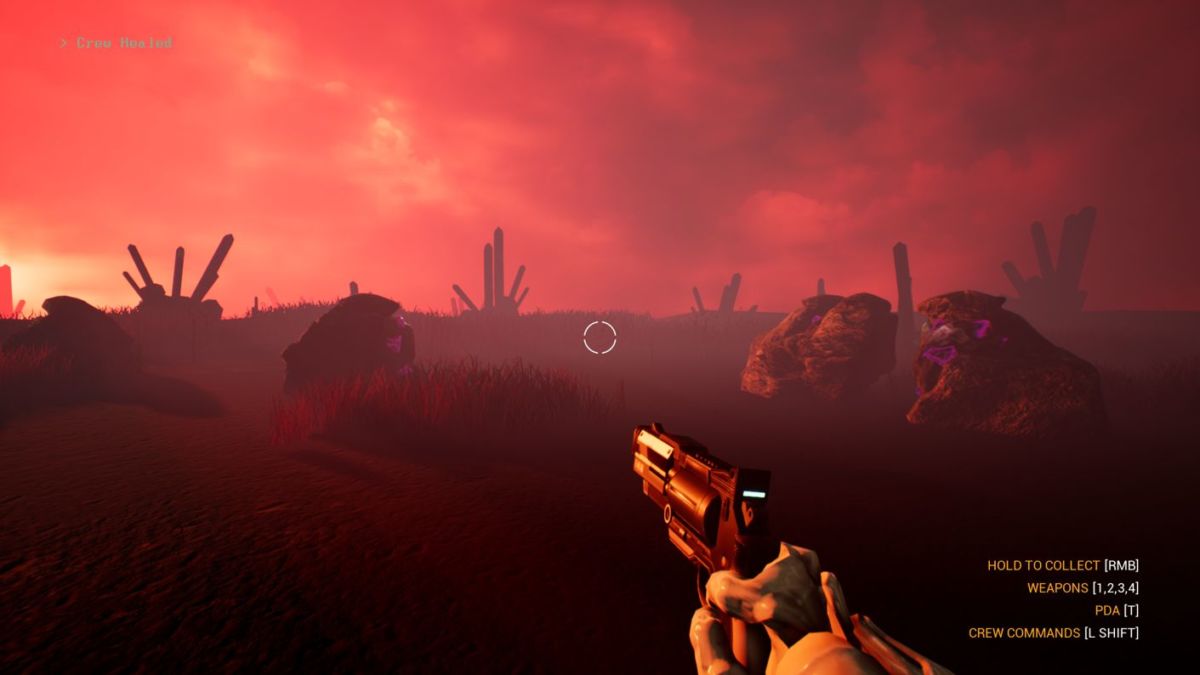 During the resource gathering process, you’ll no doubt come across some pretty hostile alien life. Aliens can easily be brought onboard when beaming debris aboard your vessel, and are usually encountered when mining on planets. Aliens leave behind biomass, which can be stored by building a biomass tank. Later in the game ,this biomass can be used to produce alien-human hybrid clones, and allows for various advantages over your ‘vanilla’ human clones.

The building aspect of this game is simple, yet very satisfying. Gathering resources allows you to expand and add extra modules aboard your vessel. Hangars are required for planetary exploration, and refineries allow you to refine ore. There are workshops for building weaponry, as well as storage, crew quarters and a cloning bay, amongst other rooms.

Genesis Alpha One’s artstyle is wonderful. Taking cues from the likes of Alien and 2001: A Space Odyssey’s style, it has a wonderfully retro, lo-fi future aesthetic. While there are touchscreens about your vessel, it is the traditional, old school keyboards littered with Kanji charactered keys. This isn’t Star Trek: this is a dirty, grimy spaceship and it shows. 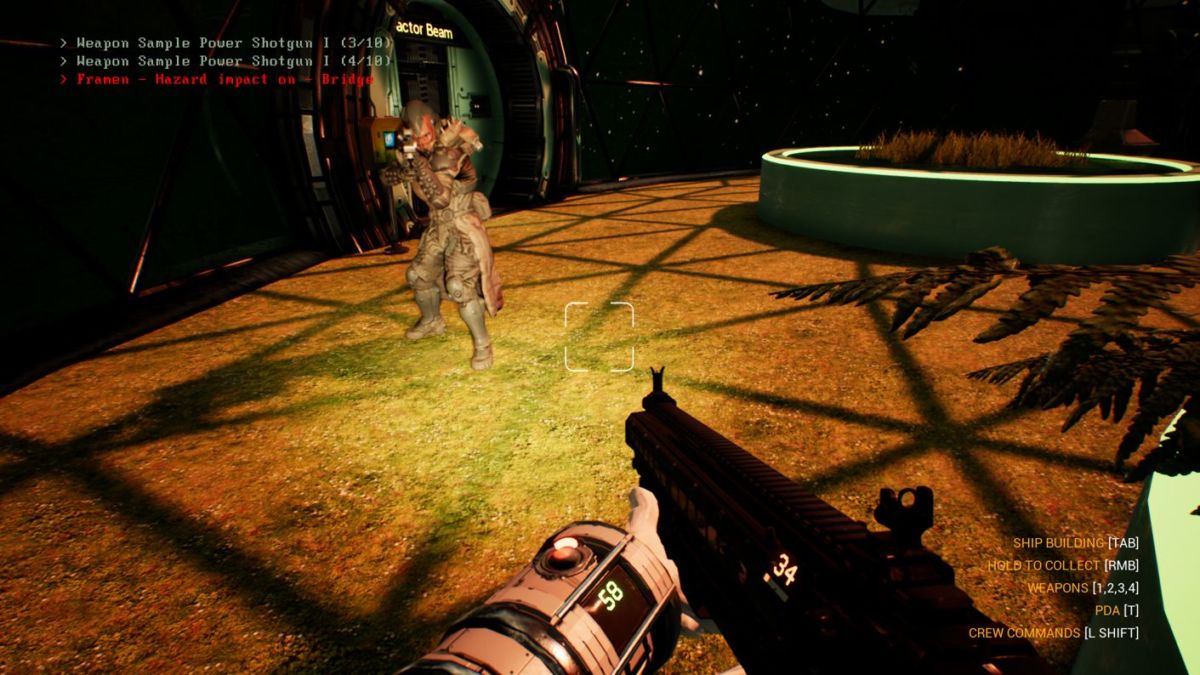 It’s not totally smooth sailing onboard, however, as Genesis Alpha One has its fair share of niggles. Frankly, resource gathering is tedious and dull, dull, dull. You find debris, scan, activate tractor beam and wait. Sure, you can use a nearby terminal to speed up the process by holding E, and you have to be on your toes in case your next load has an alien on board, but other than that you’ll repeat this process many, many times.

You may think that planetary exploration for resources sounds a more appealing process, and it is — just about. You’ll be dropped off with your harvester at a location, and are tasked with exploring a small, circular area around it. Approach the ore you wish to mine, and hold down the right mouse button to mine it. Be on your guard as you will be attacked by alien life while you do so, and this can alleviate the boredom of just holding right mouse, but the weapons don’t feel very exciting. Once your harvester is full, and that doesn’t take long, it’s back to your ship.

It’s also a problem that Genesis’ gunplay feels very underbaked. Most basic aliens take a couple of hits to kill, but once you begin fighting more capable foes, you’ll find yourself in trouble. There’s little knock-back when you land a hit, leading to firefight becoming a bit of a mouse hammering click-fest. The weaponry feels lackluster too, with most weapons feeling like they have little impact behind them. 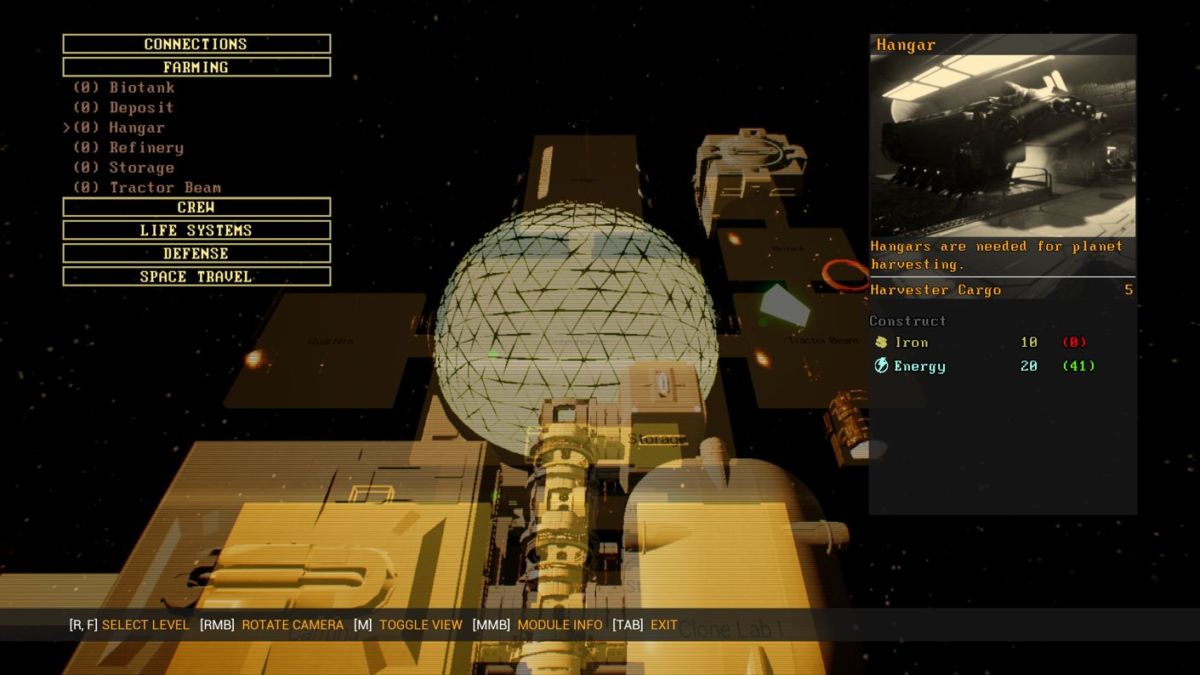 Genesis Alpha One’s key strength is that it blends three distinct genres together, but that is also its failing. Firstly, Genesis leans toward the roguelike genre the most, and feels very similar to FTL. FTL is all about exploring space by jumping to new sectors, but also like FTL, when you die, that’s it; game over. I understand this is part of the roguelike genre and accept this.

However, this game is also a survival game and a building game (it’s almost a spaceship management sim), and these two genres do not favour dying being the end of your game. Many people prefer to be able to reload, or respawn in survival games, and only a select group of hardcore survival players enjoy the aspect of dying being the end of your game. It’s especially upsetting to play when you’ve crafted a pretty epic spaceship, only to die and lose it all, and it is easy to die in this game.

In fact, often when I’ve been killed, I’m not sure what I’ve done wrong. Roguelike titles are all about learning from your mistakes and not making them again on further playthroughs, but you need to know what the mistakes were in the first place. The game advises you to put a turret in the tractorbeam room, so on each playthrough I’ve done this. It can help prevent aliens attacking clones and infestations. 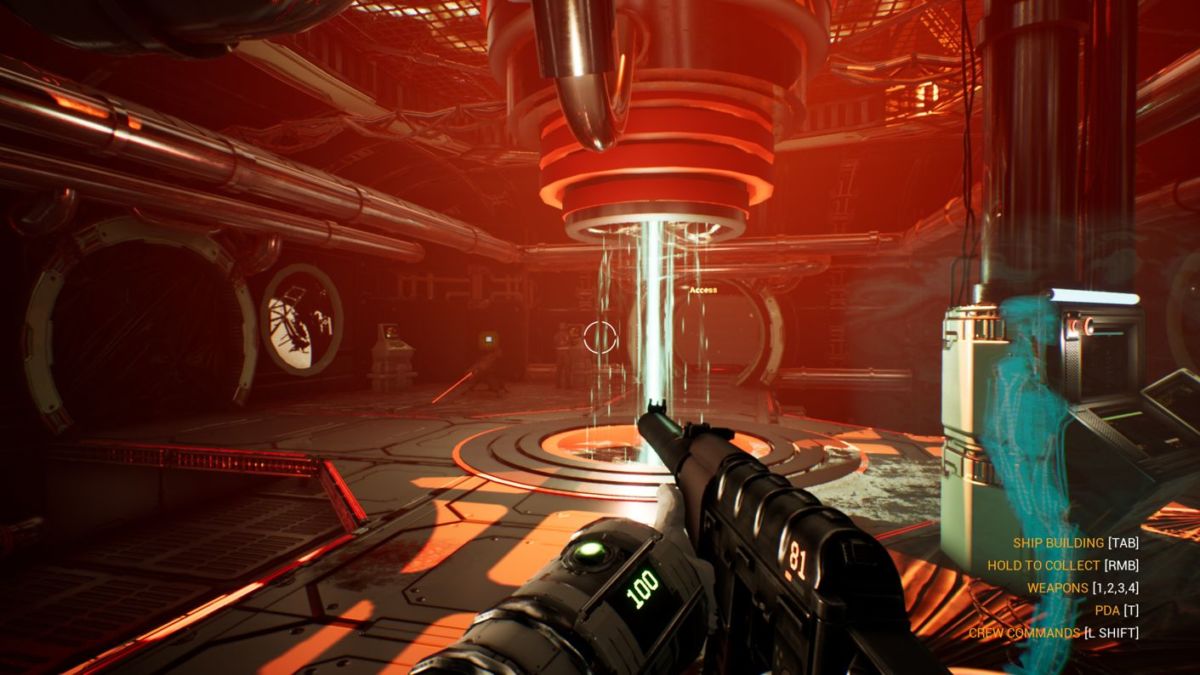 But things seemingly happen in areas when I’m not present. Despite armed clones and two turrets in the room, when I returned to the room after a period of time, I found it infested with aliens. Oddly, it seemed to only became ‘active’ when I returned to it. Suddenly, the clones, turrets and aliens came to life and killed the intruders. But it was odd the way it only seemed to become an issue when I was present.

During one playthrough I had become bored with merely gathering resources and pushed ahead nonetheless. The game, understandably, gets harder the further the jump away from your starting position, and was punished for doing too much too quickly. We were boarded and outgunned, but annoyingly, despite warping away quickly, the armed intruders kept spawning and killed everyone. I felt the game was punishing me, merely for wanting to do something more exciting than waiting for resources to turn up.

It’s not all negative, though. Genesis has a great engine, its graphics are sharp and crisp and look wonderful. The engine is superbly optimised, and while I only played this game on my laptop, it ran flawlessly. During my time with Genesis I never noticed any graphical bugs or issues, apart from one very minor one. The audio is all rather good, nothing special, but do the job.

Genesis Alpha One could become a good game, but at the moment, it’s limited, slow and very boring indeed. However, Genesis does show potential and it’ll be interesting to see what will get added to this game in the near future. A bigger focus on planetary exploration would be a great addition, and it could do with focusing more on its survival and building aspects while bringing them into balance with its roguelike style.

Verdict
Right now, Genesis Alpha One is a mixed bag, but it’s a gorgeous and well-made bag. Further updates could make this game a must-have.
6.5