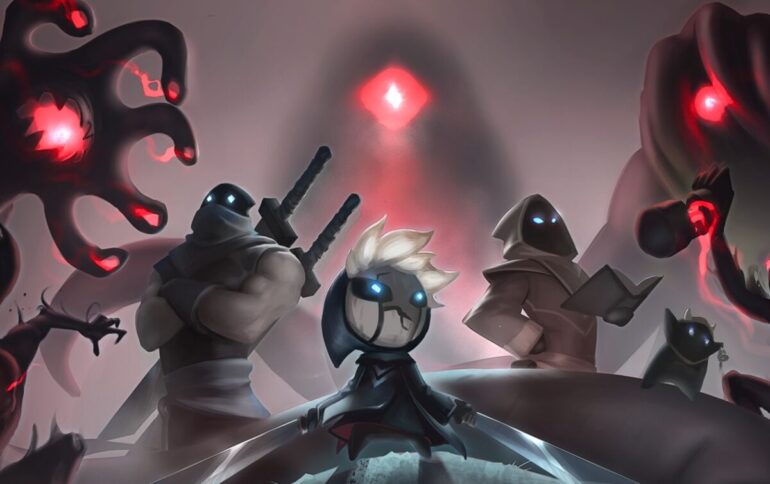 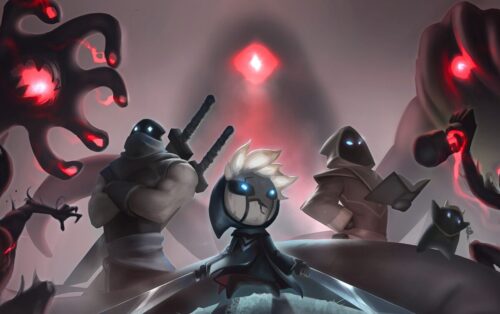 Indie games have garnered a bit of an underdog reputation. While not unearned, games such as Hades and Hollow Knight prove that you can create legendary experiences without a titanic budget. Though they are popularized as the smaller games in comparison to the larger studios, better tech and broader vision has pushed this space to another level. Blue Fire is further proof that an indie game can be just as memorable as any big-budget release by bringing the best elements of some of the most enjoyable games of recent memory into one beautiful and engaging package.

Your beginnings in Blue Fire are humble and the game has no shame in showing the roots of its inspirational foundations from the start. You are the Warrior of Shadow and Fire, awakened alone amongst a pile of bodies and tasked with saving Castle Penumbra from the darkness that consumes it. Blue Fire is all about how you want to play, be it fast and deliberate or slow and cautious. To start, you are given a quick dash and a floaty jump, along with some basic sword swings that form combos. At a glance, these tools may seem limited, but it’s easy to discover the astounding amount of depth that lies just beneath the surface with the smallest bit of experimentation.

Blue Fire combines free-form platforming with open-ended exploration. If you can see it, you can probably get there, but your curiosity may have to wait if you don’t have the right tool for the job. The world opens up when you find gear in dungeons and far-off reaches of the world, giving it a Zelda-style feeling of progression. However, it breaks the conventional approach with its skill-based platforming freedom — there’s little stopping you from finding ways to get to where you want to go. In fact, at times, it feels as though the game actively encourages it. This can make it feel like you’re further along than you’re supposed to be at times, but you’re never penalized for it. The effort is always rewarded with items for side quests or secret treasures, even if the main quest point is blocked off.

Combat is just as free flowing, making it addictively intense. Patience is rewarded in spades and if you can figure out how an enemy attacks without getting hit, you can best observe its weaknesses and beat it. Some hit incredibly hard, and your swords might not do a ton of damage if they are low strength, but if you’re patient then you can use your excellent movement abilities to leverage a win.

Even with the starting single jump and dash commands, you can engage in stylish aerial combat and safely juggle yourself in the air until the enemy is defeated. Bobbing and weaving against foes becomes even more compelling as you unlock more attacks, such as a charge-up fireball, which makes combat flow as naturally and freely as the exploration. Using the lock-on feature, you can even use enemies as a path to reach far-off areas by hitting them to remain airborne and dashing to another area, further cementing the already fantastic sense of freedom.

Using your skill alone to get through the game at your own pace is a fantastic feeling that will make speedrunners and regular players alike feel right at home. You’ll want to keep going forward too, as the world of Penumbra Castle is just as varied and inspired as the controls you use to traverse it. From your beginnings in the corrupted Dark Souls-inspired depths of Fire Keep to the lava-flowing machinations of the Steam House, each area of Blue Fire’s world is awe-inspiring to behold.

Every area is littered with deadly enemies and colorful characters alike to make each location pop, with branching paths and far-off platforms that urge you to get lost within. Each zone is beautifully detailed, separating itself from the last in ways that never feel jarring. This atmosphere owes itself in no small part to the soundtrack, which does a ton of heavy lifting to immerse you in each environment. Whether melancholy and contemplative, or busy and bouncing with life, you’ll never leave an area without the score leaving an impression on you.

Blue Fire might feel like a mix between Zelda and Mario while looking like it met up with Hollow Knight along the way, but watching the world unfold almost feels more akin to Banjo-Kazooie in tone. While the game has an undeniably somber tone and visuals, they don’t dominate the aesthetic. In fact, NPCs are rather animated and speak in grunts or murmurs to give them all a unique charm. While the stories they tell may be strange or even heartbreaking, the game never takes itself too seriously to let it overpower the colorful personalities of the characters you speak with. The more denizens of the world you meet and help, the more you’ll become attached to the world and its whimsical legends — the smallest things count, Even mechanics normally reserved for cosmetic appeal, such as emoting and choosing your favorite looking robes, can be the solution you need for the puzzle you’re trying to solve.

This game isn’t a cakewalk, however. Enemies show no quarter, always do noticeable damage, and will kill even the most prepared warrior if they aren’t mindful. While not overwhelming, it can be easy to become careless against a familiar enemy, only to get hit and thrown off-balance into another enemy or off a cliff. This is especially true with the boss fights, but nothing is cheap and each death felt like it was my mistake rather than me being placed in an unwinnable situation. The scarcity of healing and checkpoints early game makes death extra unforgiving, especially since you lose all your money upon dying. While you can get it back, you’ll more than likely just learn to use your freedom of movement to evade death, especially since the toughest platforming challenges in the game demand it.

The Voids in Blue Fire deserve a special mention, as they are some of the most fun and infuriating platforming challenges out there. They’re akin to Super Mario Sunshine’s bonus stages where you have to get through without your FLUDD backpack, except done in an eerie minimalist style that fits their name. Most of them are great fun and excellent tests of platforming prowess, pushing your knowledge of the mechanics of the game. In contrast, others are Super Meat Boy-inspired death-fests that are incredibly satisfying to overcome, made only sweeter by the extra heart of health each gives you upon completion.

Blue Fire is a triumph. While there are a few inconvenient bugs and crashes to deal with, they never felt too severe to take anything from the game as a whole. The vision that ROBI Studios put forth is a clear and immersive one, to the point where anyone who grew up playing games in the 90s or early 2000s will feel like a kid again. The inspirations are clear to anyone who plays it but the way it’s all put together feels fresh. It’s as if they gave the game the care that a beloved first-party Nintendo game is shown. Even if it doesn’t have the polish to quite live up to that statement, Blue Fire isn’t a game to be missed and is a celebration of the things we loved about the gaming experiences of yesteryear. 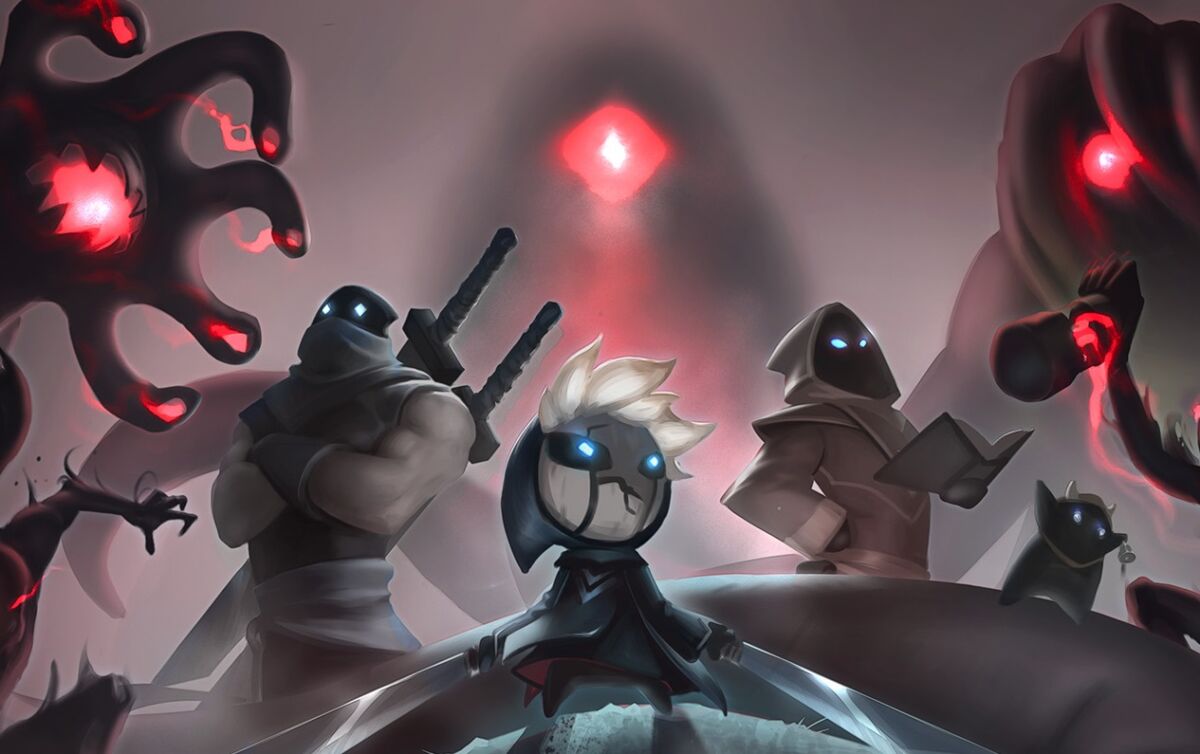 Verdict
Blue Fire is a fantastic mix of 3D platforming, intense combat, and addictive free-form exploration. A somber story perked up by colorful characters makes this an experience you can’t miss.
9.5
Cultured Vultures is a pop culture website established in 2013 covering all things gaming, movies, and more. We eat your words.
All The News On The Biggest Games