This is one of the best movies of the year. 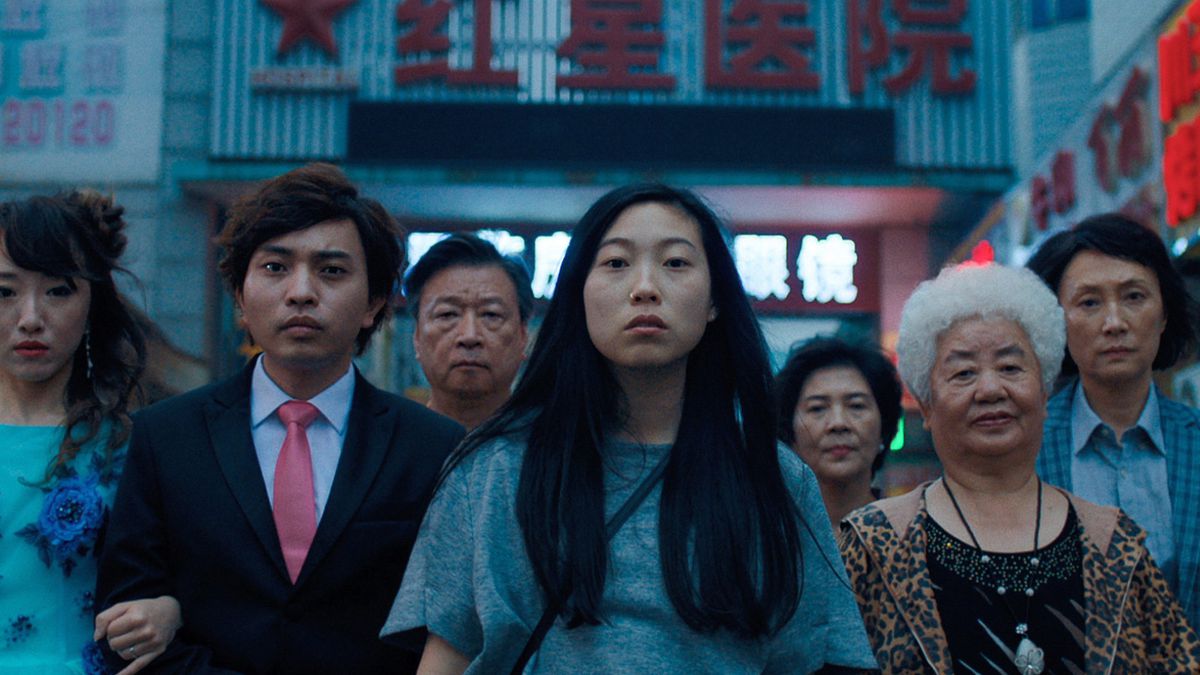 Most movies are personal. Well, most good ones at least. Filmmakers usually create or choose a story to tell and share because something about it connected with them on a personal level. Lulu Wang, the writer and director of The Farewell, has based her masterpiece of a film on a deeply personal story from her real life. It’s a story told with such untethered truth that it’s impossible to not see the transparency of Wang’s thoughts and feelings placed throughout the entire film. And you’ll be seeing some of yours on display as well.

The movie opens with the words “based on an actual lie”. Wang has replaced herself with a young woman named Billi (a brilliantly subdued Nora Lum, AKA Awkwafina), a Chinese-American who’s struggling to make a career for herself in writing. Billi navigates through the hustle and grind of New York City – she’s two months behind on rent, often eats with her mother and father while avoiding their prying questions, and has recently been rejected for an important grant, which she hasn’t told anyone about yet. Still, she finds happiness in talking to her grandmother, Nai Nai (Shuzhen Zhao), who’s both a fountain of positivity and a connection to her early life in China.

Nai Nai receives a terminal lung cancer diagnosis, but the family chooses to keep it a secret from Nai Nai herself. As a way to see her before she goes, the family fast-tracks a wedding for Billi’s cousin, Hao Hao (Han Chen), which also works as an excuse to bring everyone over to Changchun, China. At first, Billi’s parents refuse to tell her. Jian (Diana Lin), her mother, chastises Billi for being too outwardly emotional in her life. She and her husband, Haiyan (Tzi Ma), tell their daughter to stay behind, fearing that she will expose the lie to Nai Nai. Naturally, Billi disobeys, but is willing to go along with the deception for the time being, although she’s not afraid to argue with her family over whether it’s right or wrong.

The Farewell is Wang’s own story about grief and acceptance, but it’s one that’s universally relatable despite what Western audiences might consider to be a wholly unique situation. According to the film, lying to elders about terminal diagnoses is a fairly common practice in China. Nai Nai and the family lived the same lie when her husband fell ill. There’s discussion throughout the film of the ethical dilemma this poses – is it better to lie, so that the sick individual continues living their life as normally and happily as possible, or should you tell them the truth, which would undoubtedly cause pain and sadness but might also allow them to pass on their own terms?

Such a question becomes a clash of Western and Eastern ideals. Billi and her parents consider themselves American, and their morals and way of life differs from the Chinese side of the family they left behind. In China, telling Nai Nai the truth would be selfish, a betrayal of the concept of collectivism that much of the East believes in and practices. It’s a direct contradiction to the Western idea of individualism, which is what Billi has spent most of her life with in the United States. Who’s to say whether Nai Nai would be better off knowing or not? The film never gives a real answer, if there is a correct one at all.

People express their grief in different ways. Some show it through misplaced anger, some bury it down and try to ignore it, and some loudly weep and sob. Billi’s family is no exception. Despite their concern that Billi, who wears her heart on her sleeve, would be the one to break down and give away the secret, she ends up being the most consistently stable. Her relatives drop one by one in their own ways, whether it’s a single tear in the backseat of a car or a complete emotional breakdown during a wedding toast.

The emotional weight of knowing that Nai Nai’s time is short, and that this may be the last time they ever see her, is too much for them to bear. They suffer alone and in silence due to the lie, which makes Billi the only one able to talk normally with her grandmother. Where her relatives fret over Nai Nai overdoing it anytime she so much as gets up, Billi still jokes around with her and the two discuss their lives. The obvious irony here is that Billi is unable to hide her melancholy on her face, but seems to be the only one in her family who’s attempting to actually accept that her grandmother, the matriarch of the entire family, is dying.

This all sounds very heavy and gloomy, but Wang tells the story with an optimistic approach. Humor is continuously found in the awkwardness of the situation or through clever editing. Schuzhen Zhao plays Nai Nai with lightness and energy; she’s a warm and loving presence that isn’t afraid of fun and the work it takes to have it. There are also moments where it seems like Nai Nai may have more of an understanding of her health than her family thinks she does, and these glimpses into her thoughts, like those of her children and grandchildren, are presented softly and without any need for dramatics.

The Farewell is a quiet and contemplative film. There’s sorrow prevalent throughout it – it’s in the bare bones of the screenplay. Ruminations on death and how we deal with it are naturally woven into the dialogue with such contemplative honesty that I couldn’t help but think of my own grandfather who passed away earlier this year. Like Nai Nai is to Billi, my grandfather — or Papa Bear, as we called him — was a constant source of positivity for me. He was also one of my family’s (on my mother’s side, at least) only excuses for getting together and seeing each other.

There’s a disconnect there, with that place and those people, as there is with Billi and her family. Who knows if I’ll ever return to the town my grandfather passed in outside of visiting his grave. Yet there are nothing but fond memories in that place for me, much in the same way Billi connects herself to her early life in Changchu, to the point where she contemplates whether she’d be happier staying in China rather than returning to the United States. I found myself, like anyone, wishing that I had spent more time with my grandfather; to be able to tell him how much he means to me and influences me every day, to learn more about him, to connect with him more.

Wang seems to understand that these opportunities rarely come to fruition. People just aren’t all that great at talking about their emotions at length. Despite her protests over lying to Nai Nai, Billi isn’t above telling a fib or two to the elderly woman herself. At the start of the film, she lies about how she’s doing in New York. Likewise, Nai Nai lies to her granddaughter about where and how she is while she speaks to her from a hospital waiting room. We are all experienced and pathological liars, especially to our loved ones, in ways both big and small. Whether these lies are self-serving or somehow noble are up for debate and interpretation.

The actual lie that the movie is based on lays the foundation for its most essential question, and gives meaning to its title: How do we say goodbye without ever actually saying it? There’s no right or wrong answer. Much like how we express grief or the lies we choose to tell, everyone goes about it in different ways. The Farewell, in spite of its somber themes and mood, is ultimately an uplifting and thoughtful experience. It’s both a source of sadness and joy, just like Nai Nai herself and my own grandfather. And it’s one of the best films of the entire year.

Verdict
The Farewell is a funny, somber, and thoughtful true story of grief and acceptance. It’s one of the best films of the year.
10
Cultured Vultures is a pop culture website established in 2013 covering all things gaming, movies, and more. We eat your words.
All The News On The Biggest Games