Daymare is an unintuitive, imbalanced and constantly frustrating walk down memory lane. 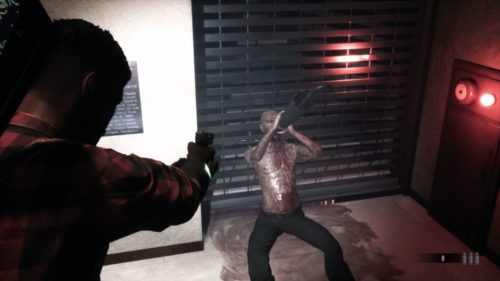 There’s a zombie in Daymare: 1998 that I think sums up the game as a whole. Stuck behind a counter in a random room in the hospital, she ambles along, hoping for the best while trying her hardest. She will never quite get over the obstacle, but everyone loves a trier — at least to an extent.

Daymare: 1998 is a love letter to the survival horror classics of the 90s — sort of. It’s closer to Resident Evil 4 with a dash of the two most recent remakes more than the tanky goodness of the original. It only really maintains the cheese factor that Resident Evil made its name on, as well as the overall clunkiness of 3D gameplay of the time, though I’m not sure if that’s entirely by choice.

Following an outbreak of gas that turns the citizens of Keen Sight (yeah, me neither) into bile-spilling zombies, you swap between three different characters as you look to escape the madness. Only one, Sam, is distinctly different, him seeing hallucinations as a result of him not taking his medication.

While having multiple POVs gives Daymare: 1998 a lot more variety (even if you retread some steps in another’s shoes later on), Invader Studios seem to have taken far too much on for such a small team. Though not an outright disaster, Daymare is an unintuitive, imbalanced and constantly frustrating walk down memory lane that struggles with its ambition without the budget or manpower to match.

The most immediately obvious place Daymare falls down is in its character design. While surfaces and environments generally look crisp, faces are completely flat without the animations to really bring them to life — a bit of a problem when a good chunk of the game is spent watching poorly paced cutscenes. The dialogue also seems like its been through the rewrite wringer, the English localisation creating odd phrasing without the chemistry between the voice actors to compensate. The voice acting itself is generally dreadful, though Daymare gets a pass because Barry Burton exists.

The vast majority of your time with Daymare will be spent either fighting or fleeing from zombies, the same five or so models returning on repeat. For whatever reason, they all appear to move with a motion blur effect for the game’s PS4 port, as well as suffering with odd crystallisation around their models that makes them seem as if someone forgot to sort anti-aliasing.

That’s just the start of the problems with the game’s undead enemies, who rush towards you with a gait so wide that it’s almost comical. As you might have guessed, headshots are most effective for dispatching them, yet their hitboxes are so unreliable that it’s like XCOM’s chance system in terms of if your shot will actually land or not. I’ve even shot way wide only for the game to register it, causing their head to have an odd rubber-band effect where it snapped back and forth.

Other issues include general framerate drops the more enemies and assets are on screen, assets taking their sweet time to load in following a scene transition, and zombies making absolutely no noise as they creep up behind you like rotting ninjas. I even became stuck in a spot during one of the latter bosses with a QTE prompt burned into the screen afterwards until I eventually died again. I never want to mash X again.

Daymare’s major upheaval from its inspiration lies in its ammo system, which is certainly unique yet something that only those who like to be punished will enjoy. You must individually reload magazines for your pistols by going into your inventory (which doesn’t pause the game, by the way) and then combining ammo with said mag. The novelty of the mechanic wore off very quickly for me, especially with the game being as overall cumbersome as it is.

You can hotkey your mags to triangle and also healing items to circle, though this is barely less of a faff than venturing into your inventory. Daymare: 1998 made me constantly question whether I needed to buy a new DualShock 4 as the game simply does not seem to register button presses that well at all; you really need to jam the input sometimes for it to pay attention. This is particularly infuriating when you’re trying to sprint away from enemies, reload in the middle of battle, or, well, do anything.

I had initially intended to complete the game on its hardest setting, but the game’s clunkiness swayed me back to normal before long — I struggled to make every bullet count when the game sometimes didn’t even want me to use said bullets. Even normal difficulty felt like an arduous slog, hours of progress feeling like days, so many deaths a result of the game’s horrific balancing, which just gets more lackadaisical the deeper you go.

Ammo conservation is a key component of survival horror, something that I was keenly aware of as I “zipped” past zombies time and time again. I say “zipped”, but it was really more of a concerned and begrudging shuffle, the game’s main gambit for scares simply involving a zombie waiting around a corner that you cannot avoid because of how heavy movement feels. Sometimes just turning around seems to halve the framerate in Daymare.

Towards the end of the story, the game throws previous bosses at you like normal grunts, meaning that you’re going to work through your ammo within no time at all. Having battled my way through corridors so tight that confrontation was unavoidable, I was hurting for ammo as I made my way towards the (barely signposted) final boss, which may just be the most ridiculously imbalanced and cobbled together final boss I’ve encountered since Orc Slayer.

Basically just all of the bosses you’ve encountered to date with an added charge attack, Daymare’s final big bad is emblematic of the game’s issues as a whole. You need to steer him into the center of a cage and then down him (twice, might I add) before starting a mechanism, though managing this is so fiddly and he takes so many bullets that it’s just pure attrition to get him into the right spot. It’s lucky he’s as dumb as a doorknob, him getting stuck behind a desk and then just soaking up your bullets without fighting back. 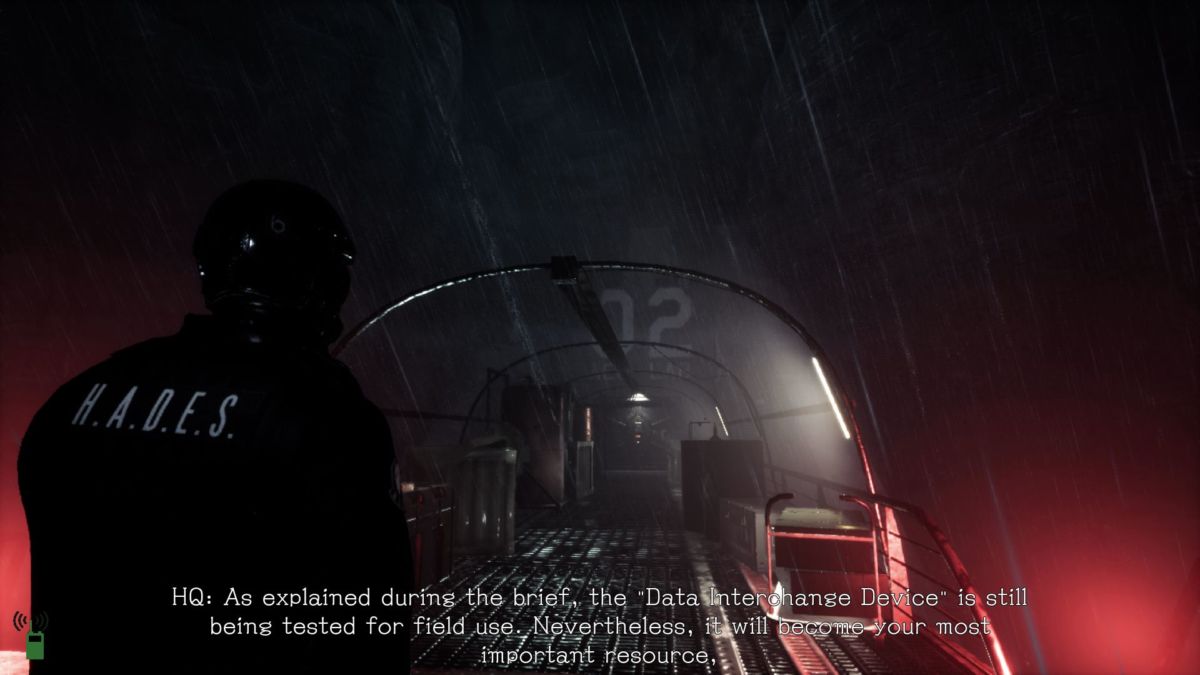 Being a bullet sponge, he will soak up whatever little ammo you have in your good weapons, leaving you to then pick up infinite ammo mags for your piss-weak pistol from a desk. It was just kind of sad to trap this big idiot behind the aforementioned desk, patiently swapping between magazines without knowing how many more bullets he needed before he went down.

I gave up after my third death (I had very little health and he hits extremely hard) and about an hour of straight cheese. I could have beaten him eventually, but nothing in recent memory has made me realise my mortality quite like this boss fight.

To Daymare’s credit, it does seem to absolutely adore its inspirations, as well as wider horror culture. Its overall tone flits between self-knowingly corny and overly serious — perfect for a Resident Evil homage. It also has suitably obtuse puzzles, one basically asking you to learn morse code. As well as that, the game is packed with extensive lore to read up on, easter eggs aplenty, and a load of trophies for completionists to tick off. There’s even an entire location that is a nod to the developers’ studio; a nice touch.

I just wish Invader hadn’t cast their net so wide, that they had stripped back their scale and really focused on a single location — like, say, a mansion — so that they could properly polish and focus on making the best game their budget could manage. While Daymare: 1998 is a love letter to the classics, there’s not a whole lot about the game itself to love. 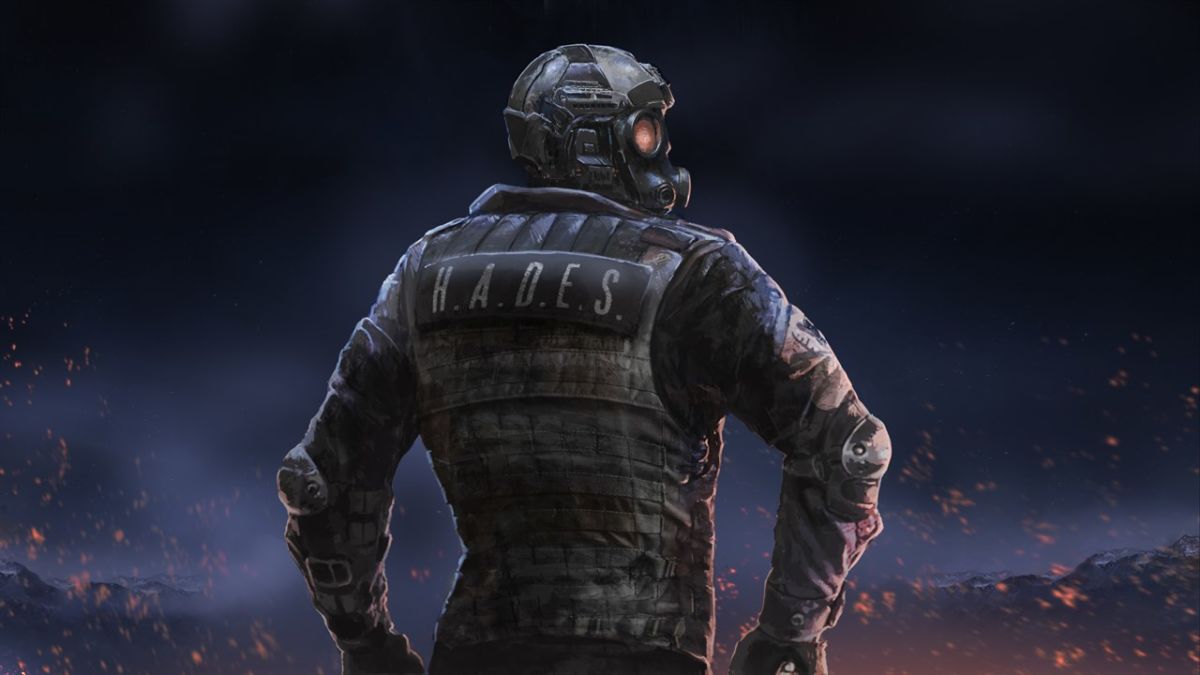 Verdict
Daymare: 1998's commendable ambition is unfortunately not matched by its budget, creating a jumbled and frustrating trudge through survival horror's past.
3.5