A series that no two Metal Gear fans can agree on in terms of ranking. 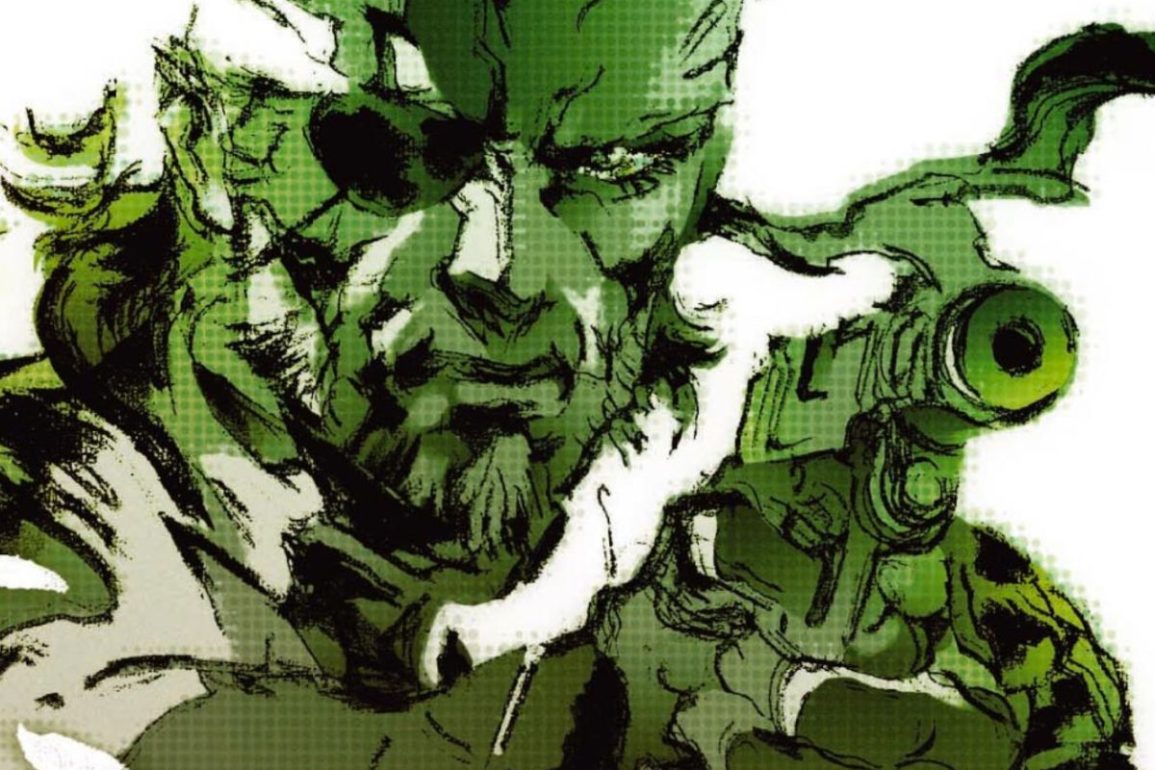 The Metal Gear Solid series has served as one of the most unique entities in the gaming world since it began back in 1998. Ostensibly a continuation of Hideo Kojima’s Metal Gear series on the MSX, Metal Gear Solid doubled down on the more mature elements of those earlier games.

Constructing a unique world where political intrigue and nuclear proliferation are balanced with anime super attacks and some of the longest villain monologues ever recorded, Kojima’s very specific brand of crazy stealth action is truly a one of a kind franchise.

With that in mind, we’ve hunkered down to rank all of the best Metal Gear Solid games of the main canon. So open up your CODEC, hide in the nearest locker and settle in for some betrayals from your superiors — we’re doing this.

While every game in the Metal Gear Solid series is worth playing, when it comes to the portable entries, they fail to live up to the high pedigree set by the rest of the franchise.

With many central abilities, like the basic ability to crouch, removed from the game (due to limited buttons), Portable Ops just doesn’t feel like a Metal Gear Solid game. Moreover, the removal of the cutscenes in favor of comic book panels really offs the flavor of this often cinematic series.

Finally, the plot of Portable Ops is easily the most forgettable in the series, with players able to almost completely skip it, and not be lost at all for the following games in the Big Boss canon.

While this portable entry was actually helmed by Kojima (Portable Ops was not), it still suffers from many of the same flaws that held back its predecessor.

Though the narrative is a big improvement over Portable Ops, the comic book style storytelling rarely allows it the oomph it would have otherwise had in a more typical Metal Gear Solid entry.
If that weren’t enough, the vast majority of the boss battles are very forgettable affairs, facing Big Boss off against the likes of a tank or armored vehicle rather than the classic band of crazies that players are used to challenging.

Alas, Peace Walker is far more important to the narrative backstory of Metal Gear Solid than Portable Ops, with many signature elements tying in directly to Metal Gear Solid V. For this reason alone, many players will want to power through this one even at its slower, less intriguing moments.

While Kojima initially wanted Ground Zeroes to serve as the opening mission for The Phantom Pain, pressure from Konami saw Ground Zeroes released as a standalone entry in the Metal Gear Solid saga.

The first introduction to the stellar new engine that would power The Phantom Pain, Ground Zeroes introduced players to a world where they had free reign to explore an entire island as they saw fit, driving vehicles and utilizing a host of new abilities while infiltrating a black site on a Cuban island.

The decidedly dark tone of Metal Gear Solid V is established here as Big Boss tries to free Chico and Paz from the black site. The brutal suffering of both characters, a woman and a child, is central to the story, and there were definitely some fans who found it to be an off-putting addition to the series.

Really, though, the biggest weakness of Metal Gear Solid V: Ground Zeroes is its length. Even trying to complete all of the side quests and optional material will only net players around 6 hours of play time, making the game an underwhelming addition to the series any way you shake it.

First of all, the globe trotting nature of the campaign gives Guns of the Patriots a variety of settings that no other game in the series can match. From sneaking missions in Eastern Europe to battlezones in the Middle East, Metal Gear Solid 4 gives players more to do than they could ask for in a single MGS entry.

Even the joke character who shits his pants in previous games gets a backstory, and the endless nattering about nanomachines, and how they can somehow explain psychic powers and vampires, is too silly even for this series. Still, as a send off for longtime series protagonist Solid Snake, Guns of the Patriots packs a punch, even if it flounders at times.

Metal Gear Solid 2 was always going to be a divisive game. A sequel that operates by deliberately deceiving the player with all of its marketing material can be a hard sell in the gaming industry, particularly at the time MGS2 was released. Finally, sidelining series protagonist Solid Snake in favor of newcomer Raiden was not a decision that went over well with all players.

Still, though, once you wrap your head around the themes of Sons of Liberty, and what it’s trying to achieve as not just a story but a meta commentary on gaming as a medium and the way information is communicated in the modern age, it becomes a lot easier to digest — and even love.

Though players will sometimes be rolling their eyes during corny CODEC conversations about first dates and whiny asides about not being strong enough, Metal Gear Solid 2: Sons of Liberty might be the most batshit insane game in the entire series, and that alone makes it a one of a kind experience.

The granddaddy of this entire storied universe, Metal Gear Solid was a truly unique game when it first emerged on the original PlayStation. Balancing self-serious political commentary with gameplay objectives that include trying not to be noticed while staring at the asses of enemy troops is no mean feat.

This makes the success of the game all the more impressive. Basically an experience that regularly punishes the player for trying to play it like a standard action or adventure game, Metal Gear Solid forced players to think their way through conflicts rather than simply blasting their way out with brute force.

Essentially a pacifistic game about war and conflict, Metal Gear Solid has no interest in glorifying heroes of war. Instead, MGS wants players to see how wounded and crushed series protagonist Solid Snake has become from his years of violent conflict. He sees himself as nothing more than a killer for hire, even as other characters refer to him as a legend or a hero.

Certainly one of the deepest, most introspective and original games of its time, Metal Gear Solid stands tall as one of the undisputed classics of the era. Though a GameCube remake followed years later, it seemed to miss the boat on a lot of what made this game the classic it was, leaving Metal Gear Solid as still the definitive way to experience this adventure.

The decision by Kojima to head back to the Cold War era of the 1960s after leaving a half dozen dangling plot threads at the end of Metal Gear Solid 2 was one that was not terribly popular at the time it was revealed.

Nonetheless, Metal Gear Solid 3: Snake Eater emerged as a triumphant success, creating the most morally grey game in the entire franchise. In a world where good guys and bad guys are separated by the thinnest of lines, Naked Snake (Big Boss) is forced to undergo a mission to assassinate his former commander and friend, The Boss.

The new mechanics introduced in MGS 3 include a stamina gauge which must be kept full by hunting and catching food to ingest in the harsh forest setting of the game. Adding further realism to the survival structure of the game, Snake must also treat any wounds he gets himself, stitching up and cauterizing every gunshot graze or blistering explosion.

Though these new elements could sometimes be tiring, they offered an immersive experience that few other games could match. Finally, the depth and characterization that drives Snake Eater’s narrative is truly one of a kind, with an emotional and thought-provoking finale that won’t leave a dry eye in the house.

Look, I’m ready for this choice to be divisive, but stick with me here. Metal Gear Solid V: The Phantom Pain is the ultimate culmination of everything that Hideo Kojima had been striving to achieve with the Metal Gear Solid series for nearly two decades.

The freedom the game offers with its various missions across two massive open world settings is completely unmatched by the rest of the games in the franchise. Furthermore, the variety of ways with which players can achieve the objectives of each mission gives the game endless replay value, and easily the most bang for your buck of any game in the series.

Still, it’s the little details that really make Metal Gear Solid V stand out. The way the character POV becomes briefly sunblind when you go from the deserts of Afghanistan to a hut or building or the fact that an enemy who is knocked out in a body of water will eventually drown are tiny additions that can’t go unmentioned even if many players won’t notice them.

All of these elements coalesce to make for the essential Metal Gear Solid game and experience. The cinematic storytelling, upgraded base building mechanics, supply gathering, crafting and side objectives give players so much to do that they can easily pack in 200 hours without getting bored.

While the plot left some players feeling lukewarm, this tale of revenge and retribution still serves as a truly impressive swan song for the series and one of the best stealth action games of all time.

Want more Metal Gear Solid and the like? Be sure to check out some things we cooked up for you below, as well as a quite good video after the jump:
– 20 Best Stealth Games To Sneak Into Your Library
– I Need A Metal Gear Solid Complete Collection
– 5 Best Non-Canon Metal Gear Games