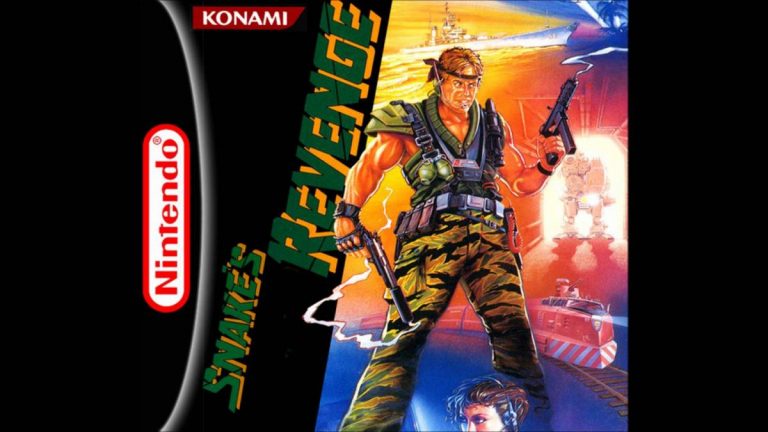 With the impending release of the last “true” Metal Gear game due to the unfortunate departure of Hideo Kojima from Konami, the gaming world is eagerly looking forward to playing. Metal Gear Solid V: The Phantom Pain

. Early reviews have been positively glowing so far, indicating that we are in for one last triumphant hurrah from Kojima-san.

Everyone knows about the main games in the series so far, but what about those not related to the main story arcs that might have passed fans by? Being a huge franchise, you can bet that it has its fair share of spin-offs and tie-ins in the 25 years since the original was released on the MSX2.

Here are the five best non-canon Metal Gear games in the series’ long history. However, it’s worth mentioning that although I say “best”, it doesn’t necessarily mean they’re all good…

You know a game might not be great when it doesn’t release in the country it was developed in: Japan never got the chance to experience Snake’s Revenge. However, they could very well have been counting their blessings as this is not the Snake we know.

As an early indication of what an MGS game made without the involvement of Hideo Kojima might be like, Snake’s Revenge was everything the series is not. Intended to serve as a sequel to the original NES version of Metal Gear, Snake’s Revenge has been rightly regarded as non-canon and even criticised by Kojima himself who said it was a “crap game”. Although he did later state that he didn’t think he was that bad, probably because the top brass at Konami had a railgun pointed at his balls.

If the idea of an MGS game on an iOS device makes you feel as cold and empty as it does me, Metal Gear Solid Touch might not be for you.

A “retelling” (read: downsized remake) of Metal Gear Solid IV, Touch was an odd little entity that condensed everything good about the game into a bare basics tap and shoot. Imagine Time Crisis with about as much charm as your weird mate Jeff when he tries to talk to women and you aren’t far off. It lacks the all-important sense of immersion and just doesn’t feel for one second like a Metal Gear Solid game, but can still be fun for a few minutes.

I think this is something that needs repeating: god bless the Nokia N-Gage. It took risks that it didn’t need to in a time of technology that just wasn’t right for it and acted as inspiration for many later devices. It also housed one of the better non-canon Metal Gear games in the form of Metal Gear Solid Mobile.

Taking place between the first and second games, Mobile is a surprisingly solid (you knew that was coming) release that went on to partially inspire some of the mechanics of Snake Eater, namely being able to create your own camouflages. Also available on mobile phones in 2008, it’s not been officially confirmed as non-canon, but indications in the Metal Gear Solid 4 Database suggest so.

Just like the previous entry on this list, Metal Gear Acid 2 was unfortunate enough to find itself on an underappreciated platform in its death throes. It doesn’t stop it from being an exciting, oddly captivating release in the unofficial Metal Gear canon, however.

Utilising turn-based strategy, the gameplay revolves around a card trading system and sees Snake teaming up with a female ally to infiltrate a facility operated by a military arms manufacturer. It’s a little bit barmy, which is only accentuated by the fact that it shipped with a viewing device called Solid Eye. By attaching it over your eyes, you are able to view the game in a 3D effect, long before it was trend in the later days of the noughties.

You may have never heard of it, but Ghost Babel is actually the best reviewed Metal Gear in the entire series. Not bad for a Game Boy Color game released in 2000.

Inspired by the original Metal Gear Solid, Ghost Babel takes the classic top down perspective of the 2D Metal Gear games and was even helmed by Hideo Kojima himself. It went on to receive widespread critical acclaim, making its stake on many best Game Boy Color games lists forevermore. Interestingly, Snake is never seen smoking during the game because the Game Boy was being marketed at children. This didn’t stop from depicting someone burning themselves alive and seemingly orgasming, though.