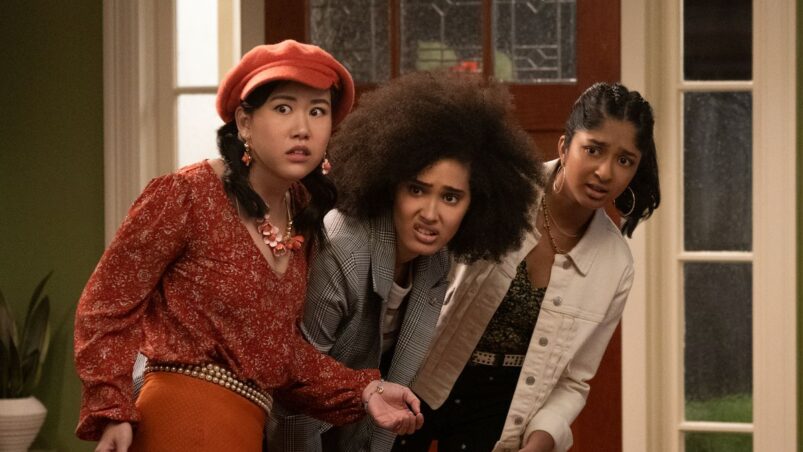 Never Have I Ever

I have very fond memories of the first season of Never Have I Ever. When it was released last year, we were in lockdown, and I hadn’t been able to see my family for over two months. So, my younger brother and I started this show together, each of us on video chat while the show played on our separate screens – apart but connected through technology and the magic of Mindy Kaling’s show. Being Indian made the show feel even more relatable to us, and we could totally understand and empathize with main character Devi (Maitreyi Ramakrishnan).

Also, Mindy Kaling, who is the creator and writer for the show, is a genius when it comes to the rom-com formula. Her own show The Mindy Project kept us on tenterhooks when it came to the Mindy/Danny pairing – will they or won’t they? She is smart enough to give the audience what they want, but also recognises that things can’t be smooth-sailing all the time when you want to make good TV. Things got derailed a little with The Mindy Project when the actor who plays Danny Castellano, Chris Messina, wanted to step back from being a series regular to explore other projects, so the whole Mindy/Danny relationship had to be reconsidered.

The point is, Kaling knows how to do love triangles and other rom-com tropes very well, and this is seen in spades in the latest season of Never Have I Ever. After the way things ended the previous season, fans have of course jumped onto their various ships – either team Ben Gross (Jaren Lewison) or team Paxton Hall-Yoshida (Darren Barnet). Both men are desirable in their own way, as Devi finds out when the second season begins. Yes she kissed Ben at the end of Season 1, but Paxton is waiting for her at her house and is seemingly interested. So what’s a girl to do?

The best thing about the show is that they make it so hard for even the audience to pick. I mean, sure, there are some who are instantaneous in their choice, but the show does a good job in keeping it a level playing field. Ben is the practical choice, but there’s also chemistry and desire, while Paxton is the dreamboat choice, the kind of guy you’d always thought is out of your league, and one you don’t have much in common with, yet he’s here and wants to be with you. I don’t envy Devi’s situation.

The strength of Never Have I Ever is its cast, who carry the humour and heart of the show. Never Have I Ever allows Devi to be a teenager, to make mistakes and do immature things, but in a way that allows us to relate to her. The show also highlights her strengths – her empathy, loyalty, and she’s also really funny. The show wants us to believe that Devi is a nerd, but Maitreyi makes her one of the coolest people to be around.

Devi’s friends Eleanor (Ramona Young) and Fab (Lee Rodriguez) also have their own character arcs, and it’s just really great to see such a diverse group of friends with varying talents and interests on screen. Nalini (Poorna Jagannathan) and Kamala (Richa Moorjani), Devi’s mom and aunt, also have their stories and struggles. Nalini is still dealing with her grief, while Kamala faces issues being a woman in a STEM field, as well as having to negotiate a long distance relationship.

The show mixes things up a bit with the entry of transfer student Aneesa (Megan Suri), another Indian student whom Devi immediately views as competition. As the only Indian girl at school, Devi viewed her status as a non-entity as something to do with her race. But watching Aneesa fit in so easily and have camaraderie with so many different groups of people causes her insecurity to raise its ugly head. As we saw from the first season, Devi is impulsive and quick to act on these impulses, a choice she usually repents the moment her head clears. Like I said, Devi has her flaws, but she owns them, and we can respect that.

As with Lewison’s Ben in the first season, Barnet’s Paxton also gets an episode from his perspective. He gets his own narrator, and we get a glimpse of his interior, as well as more insight into his home life. We discover how new Paxton is to the world of dating despite his experience with the opposite sex, and Barnet does well in channelling Paxton’s insecurities, a side we don’t get to see since we weren’t usually privy to much besides his chiselled good looks.

I have much appreciation for the narrators, who do such great work in bringing out the humour of any situation. Last season we got Andy Samberg for Ben, this season it’s Gigi Hadid for Paxton, which is quite an outside-the-box choice, yet one that strangely works. And of course we have the pro John McEnroe, who has been Devi’s narrator since the first season. Once again, this wouldn’t be the obvious choice for an Indian teenage girl, but he’s done such a stellar job, and this creative choice is far more entertaining than just having the actors themselves handle the narration.

The best thing about the show is that you never – at any moment – feel a slump. Everything is so entertaining, and the show knows how to write conflict and resolution very well. When conflicts happen, they aren’t easily worked through or resolved in an instant. This creates investment, because we start to root for these characters to work things out – the relationships feel important and valuable. Love triangles can feel excessive when dragged out for too long, but the show plays it just right. And while Devi works out the tangles in the triangle, she’s also moving closer to what she really wants.

Every character just feels extremely vital to the show, as even minor characters like Devi’s psychiatrist and grandmother are memorable and funny. It’s rare that a show can do that, so hopefully Netflix is smart enough to greenlight it for another season. Good TV like this is hard to come by, especially a show where Season 2 is practically on par with the first. 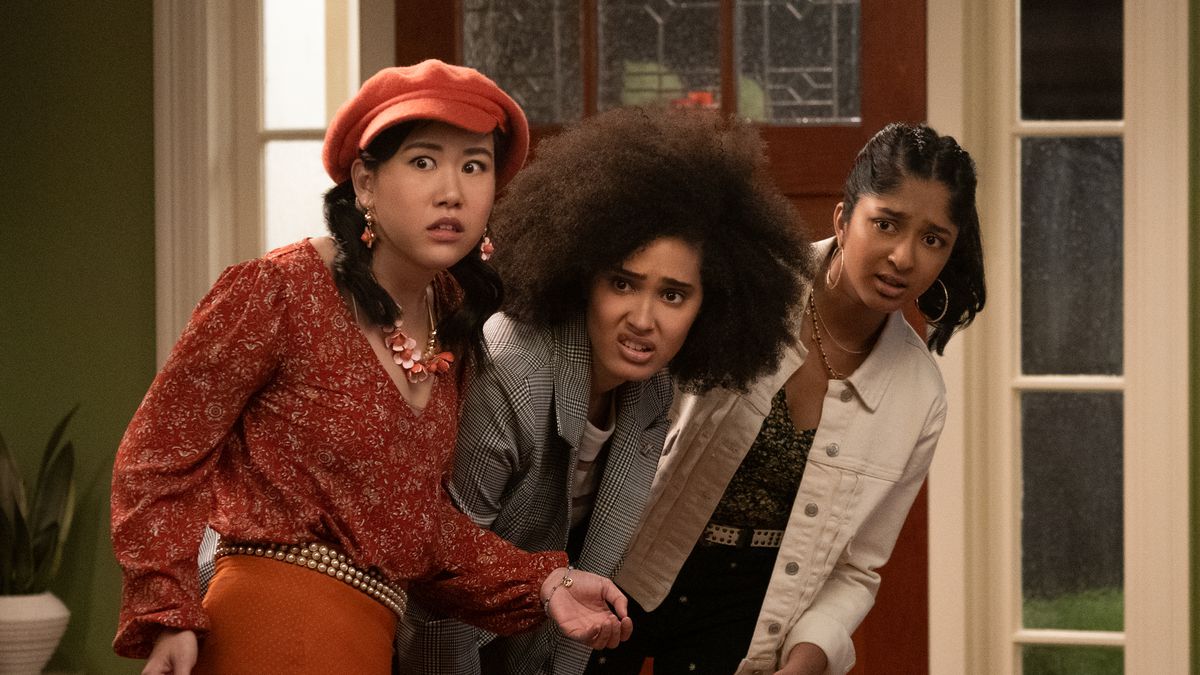 Verdict
As time goes by, we expect our favourite TV shows to decline in quality as well. Never Have I Ever is proof that a show can defy that, as the second season excels just as much as the first.
10
Cultured Vultures is a pop culture website established in 2013 covering all things gaming, movies, and more. We eat your words.
All The News On Your Favourite Games