Mindy Kaling's Never Have I Ever is a strong debut filled with humour, complexity and tons of heart. 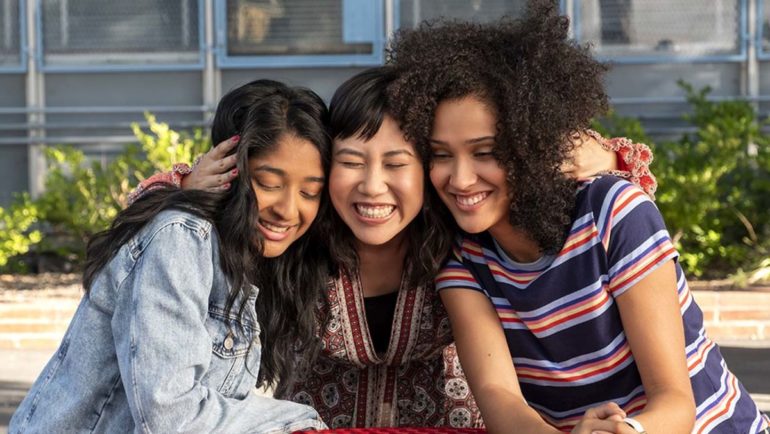 NEVER HAVE I EVER

It was during the 90th Academy Awards when actor and writer Kumail Nanjiani uttered words I would never forget: ”Some of my favorite movies are movies by straight white dudes, about straight white dudes. Now straight white dudes can watch movies starring me, and you relate to that. It’s not that hard. I’ve done it my whole life.” This is of course a rebuttal to movie studios who are afraid to invest in movies with non-white leads, worried that such narratives wouldn’t bring audiences in. Nanjiani delivered these lines in the humorous turn we have come to expect from him, but clearly it is a call to action. If our movies and TV shows don’t venture out and take risks, then things would never change, and all these amazing stories and characters we could have known vanish into the creative void.

This is why Mindy Kaling’s Never Have I Ever is so important. It brings to the screen the experience of an Indian-American girl, much like Kaling herself. Kaling has spent most of her life writing for characters and stories that are not her own, so when Netflix approached her about creating a show on adolescence and teenhood, Kaling jumped at the chance to do something different.

A show like this with a teenage Indian girl as the lead protagonist is a virtually absent in our current film/TV landscape. I have grown up watching iconic films about female adolescence, films like Mean Girls, Sixteen Candles or Sisterhood of the Travelling Pants, but it is a rare thing to see a show with a protagonist who looks just like me. The only film that leaps to mind is Gurinder Chadha’s Bend It Like Beckham, where I could relate to Jess’ crush on her ‘gora’ coach (who was played by Jonathan Rhys Meyers), but not so much her love for soccer.

As a first generation Indian-American, there is many a time where Devi (Maitreyi Ramakrishnan) would feel like the ‘other’, considered too Indian to be a normal American teen, yet sometimes not committed enough to her Indian culture. During the celebration of Ganesh Puja in the series, Devi is made to wear a sari she doesn’t feel comfortable in, her state of discomfort heightened when she is treated like a cultural token, with a random girl in a Starbucks queue requesting a picture with her like she is a costumed princess at Disneyland. The display of casual racism, where the girl says she looks like Princess Jasmine (who is of Middle Eastern descent) and asks her where Aladdin is, before remarking on how Ariel is prettier, is perhaps the scene which struck me the most, especially when we recognise the little girl didn’t know any better.

Kaling lets these moments slide off with humour, but the intention lingers, reminding us of how certain aspects of Indian culture become exotic commodities. This is what I love about the series, it is never didactic with the message it wants to portray, letting the audience arrive at our own conclusions. This feeling of ‘otherness’ slips into other parts of Devi’s life as well, mainly regarding her social status in high school.

Devi desires the beautifully chiseled Paxton (Darren Barnet), who she has many sexy dreams about, but even as she approaches him confidently with a boning request (this means sex, not a request for his bones), there is the fear that maybe she isn’t good enough and would never be desired on her own terms because of her difference. As a minority race in a multi-cultural society like Singapore, I have experienced the same sentiments, wishing my looks were a little more conventional, worried that I wouldn’t be considered attractive in a sea of girls who look nothing like me.

The experience of adolescence is already tumultuous enough without these added insecurities. It doesn’t help that Devi also has to contend with the untimely death of her father, whom she loved very much. Devi’s father Mohan (Sendhil Ramamurthy) is also a wonderful deviation from the usual depiction of an Indian father, who is usually strict and filled with intense expectations of their child’s success. Even as a husband Mohan is not the overbearing patriarchal figure, approaching his wife with gentleness when she finds out she cannot conceive more children.

The storylines also aren’t simply just about cultural traditions versus modern desires and the choice of one over the other. Devi’s cousin Kamala (Richa Moorjani), who lives with them while pursing her Ph.D at Caltech, finds herself struggling with the acceptance of an arranged marriage, especially if it means the loss of certain liberties she has been enjoying. But Kaling shows us this isn’t just a simple matter of rebellion, for the community that you perceive to not be important enough to conform to is also a form of support for you and your cultural identity. Just because one is in a westernised space like America doesn’t necessarily mean a relinquishing of one’s roots and identity.

Kaling’s rom-com roots also add to the proper development of the burgeoning relationship between Devi and Paxton (as well as the building of a love triangle), with the two slowly building a friendship together, gradually getting over the initial awkward moments of sex requests. Kaling makes sure that Paxton has more than his good looks going for him – there is a definite thoughtfulness to him, seen in how he keeps rescuing Devi from her various party fiascos.

I like that he is of mixed race, with Devi’s two besties also ethnically diverse. Even Devi’s arch-nemesis Ben Gross (Jaren Lewison) is Jewish. Their relationship is also carefully handled, with Kaling giving us an episode told from Ben’s perspective (and hilariously narrated by Andy Samberg), giving us insight into why he has all these pretensions. Never Have I Ever is a melting pot of representation, but this isn’t done for some contrived sense of diversity. The talented cast share wonderful chemistry together, bringing across the comedy of Kaling’s writing, which isn’t always easy to do, especially with younger actors.

This show is truly a breath of fresh air, and you don’t have to be an Indian teenage girl to enjoy it. Like Nanjiani said, you will find it remarkably easy to relate to Devi, her dealings with grief, romance, family and identity. I can’t wait for season 2. 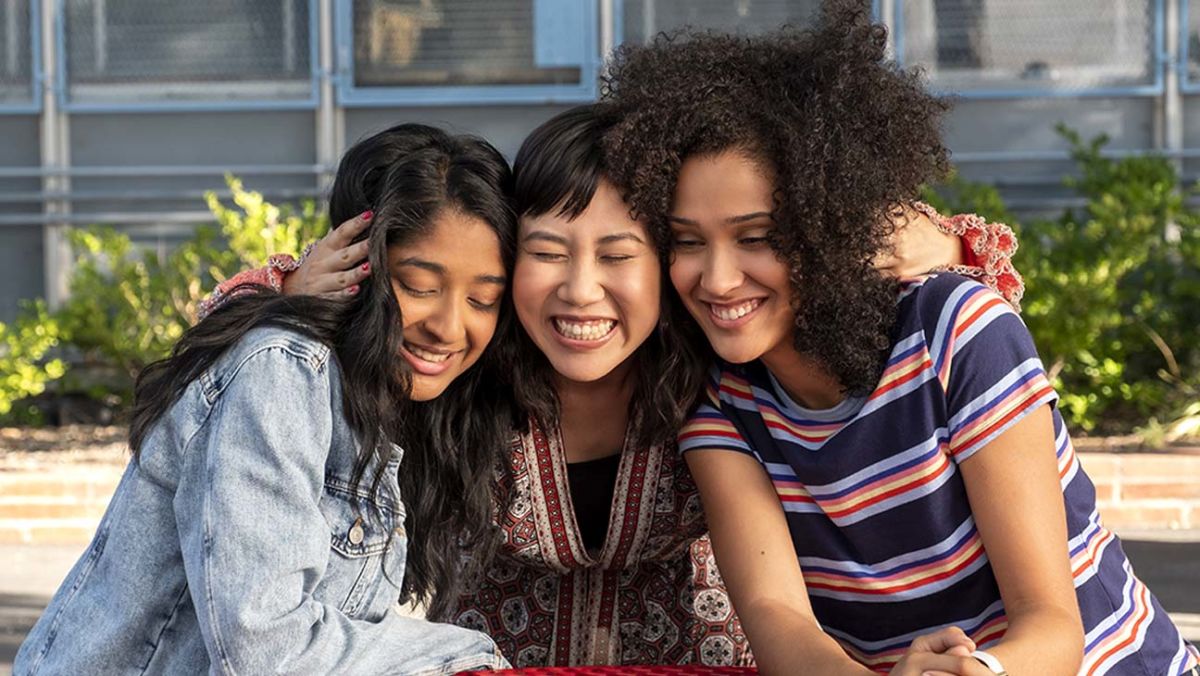 Verdict
Mindy Kaling's Never Have I Ever demonstrates the importance of diverse storytelling, delivering a strong debut filled with humour, complexity and tons of heart.
10
Cultured Vultures is a pop culture website established in 2013 covering all things gaming, movies, and more. We eat your words.
All The News On Your Favourite Games