Ranking the BioShock Games From Worst to Best

Are you ready for another BioShock? 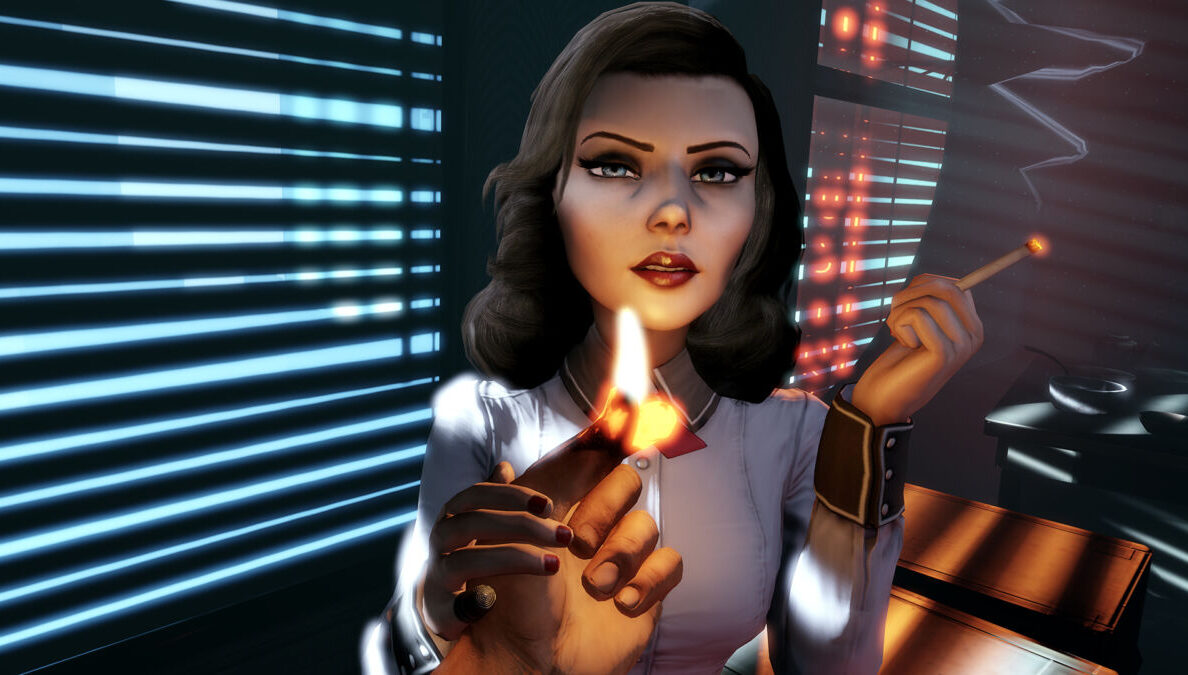 The best games are able to create a never-before-seen setting and weave a completely engaging story into its DNA. One series beats almost all others out for its environmental storytelling and narrative: BioShock.

From its inception, BioShock has been a huge deal in the industry and is constantly being cited as one of the most influential games ever made, often claimed to be the game that really settled the debate of whether video games are art. It was groundbreaking.

However, there have been six entries, if you include DLC, in the overarching story of the BioShock universe so far, and some were definitely better executed than others. That’s just the nature of any franchise, no matter the pedigree. We took careful consideration of the different elements that make a great BioShock game and decided which ones were irrefutable classics and which were just a fun dystopian romp.

So, would you kindly consider our ranking of the BioShock games from worst to best?

The first story-based DLC offered in BioShock’s world put us in the boots of the Big Daddy, Subject Sigma. Minerva’s Den takes place within only one district, instead of being spread out across Rapture, and revolves around the automated advancements within the city. Sigma is supposed to travel to Minerva’s Den for blueprints to recreate an AI, so Tenenbaum can begin to work on a cure for an Adam illness.

The most interesting additions to the sandbox are the Gravity Well plasmid, which can be a tonne of fun to help control the flow of a battle, while the new Ion Laser constantly drains down enemy health. The beauty of plasmids and weapons in BioShock is that they make so much sense within their world. The plasmids usually have a commercial audience, and the weapons are usually made for labor or handcrafted, but the Gravity Well and Ion Laser give players a more sci-fi approach to their arsenal this time around.

The flow of the narrative feels like a condensed version of the typical BioShock story and doesn’t overstay its welcome. The only problem is that the story isn’t quite as interesting or provocative as many of the others in the series. And since we just met Subject Sigma, we aren’t as invested in his story as we are in other adventures where we see familiar characters return. In many ways, Minverva’s Den feels like a filler arc, but one that’s worth dropping in and experiencing.

BioShock Infinite’s big reveal was that the game was intimately connected with the original BioShock game’s setting and plot. Burial at Sea – Episode 1 begins to explore that connection further by returning to Rapture.

Booker Dewitt returns for the underwater adventure along with the multiverse-hopping, all-knowing Elizabeth to find and rescue a single Little Sister. For those who loved Infinite’s gameplay but were feeling a little homesick for Rapture, this was the perfect mix as it gave us a look at Rapture before it fell and even showed us some familiar characters that we met in other games.

What makes it even more eerie is that we know what is going to happen to this city, helping to give a new layer to certain encounters and make them more bone-chilling than they might be to someone who’s new to the universe, like seeing the Little Sisters being chaperoned or making a deal with Atlas. Irrational Games leaned into our knowledge of the universe to make something that was a fun walk down memory lane, but sometimes it could wander too much into “hey, remember this?” territory.

The biggest issue with the first episode is that it can feel like it falters in its final delivery, as it’s more of a setup for Episode 2 than a complete package in and of itself. The “twist” at the end wasn’t necessarily shocking as much as it was something that just logically fit into the universe that Infinite had laid out. If only Irrational Games wasn’t so focused on trying to rip the rug out from under players.

BioShock 2 brings themes down to the level of the people, a more intimate story as you take on the role of a prototype Big Daddy named Subject Delta who is searching for his Little Sister. During the story, Subject Delta learns about his own tragic origins through the characters that inhabit the different districts in the city, each with their own perception about him and reveals their own side of Rapture as a whole.

Usually, this type of intimate understanding about Rapture was kept in audio logs in the original game, which left players a level or two disconnected from the setting, but playing as Delta makes players feel a little more involved in the history of Rapture and its tragic events. The combat is also substantially more entertaining and might be some of the best in the series. BioShock 2 adds upgradable plasmids, traps, new weapons like the drill and speargun, and a Little Sister defence mini-game.

The settings that the player travels to are also very revealing about the poverty, manipulation, and neglect that Rapture placed on its society — it‘s a more behind-closed-doors look at the facade that Ryan created. However, the game does have some problems, like the forgettable final level, Delta easily being taken out by splicers, and its main villain. Lamb isn’t a bad villain, but she doesn’t do enough to be as thought-provoking as Ryan, which really applies to all the game’s characters.

BioShock 2 hits a lot of highs and lets us see Rapture from a different perspective, but some missteps keep it from being any higher. 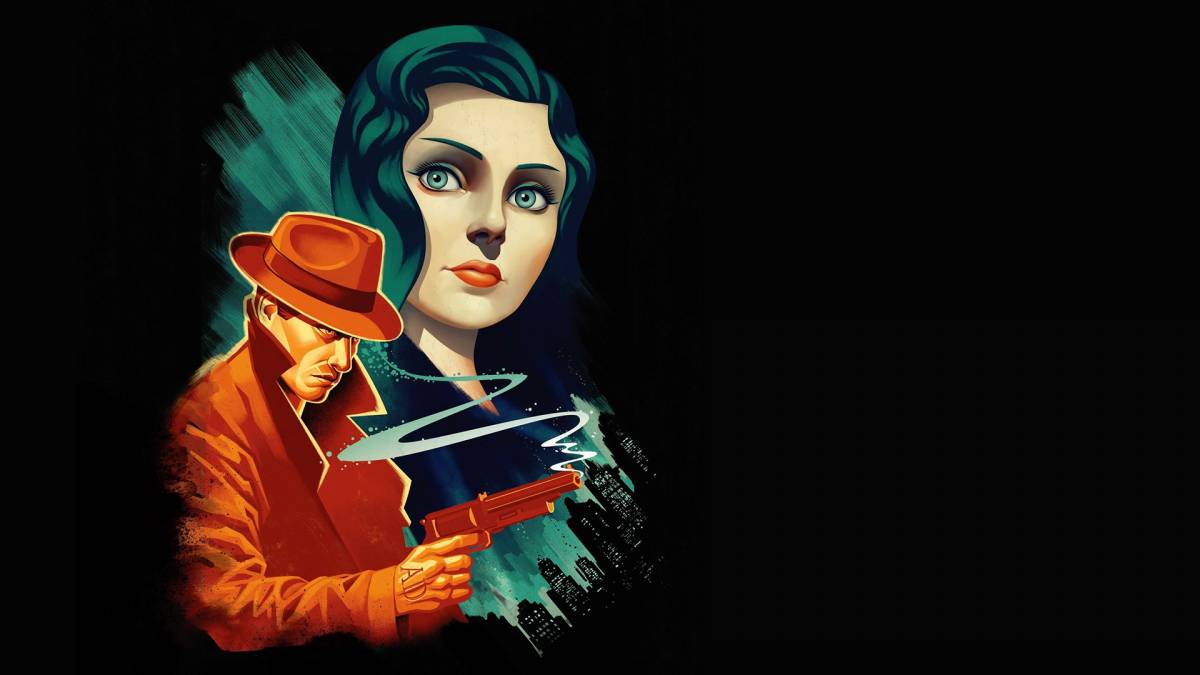 Burial at Sea Episode 2 does something that only the original BioShock does: it starts off with a twist and ends with a twist.

Every aspect of Burial at Sea felt like a return to form while also giving players a new way to play within the confines of Rapture. This time around, you play as Elizabeth and must use stealth elements to navigate the familiar city. It also fits in with Elizabeth’s core principles as some fans who might see her as reluctant to kill can complete the DLC without having to kill anyone.

The levels that you explore here often can feel like the settings that weren’t important enough to include in the main games, like the bathysphere manufacturing warehouse, but at this point in the series, that’s totally okay. The stealth aspect to this DLC helps to slow the gameplay down and provides the player more time to digest the scene in front of them. Lurking in the shadows observing splicer behavior, and figuring out their patterns helps to change the typical interaction between the player and the world of Rapture.

It’s a welcome change that gives Episode 2 its own identity, where Episode 1 felt like a mishmash of Infinite and BioShock 1. BioShock Infinite broke open the BioShock universe to show that Rapture and Columbia were connected, and Burial at Sea 2 ties a nice ribbon on the series, bringing it completely full circle.

BioShock Infinite is seemingly the antithesis of the original BioShock in its choices: little to no horror elements, fast-paced action, and takes place in the sky with a heavy emphasis on religion. Yet Infinite is still, at its core, a BioShock game through and through.

Infinite’s setting of Columbia takes the story into the clouds and introduces elements of quantum physics and multiverses. It may seem weird how many similarities Columbia shares with Rapture, but Infinite explains those away with its story — there are constants and variables.

Each universe is on a path eerily similar to others, and while some things will be different, others will be the same. This easily could have seemed like a cheap way to explain development consistencies, but it was executed so well that it’s hard to be too critical of it.

The combat is a little different compared to the games in Rapture since weapons are limited to two at a time, and there are fewer vigors than there ever were plasmids. However, the vigors that are in the game all feel worth using, while oftentimes, a lot of the plasmids could feel like filler.

The skylines and vigor combinations help to make the combat feel intense and, at times, cinematic. While it’s really cool to return to Rapture for a few minutes, the real accomplishment of Infinite is making us care about the Booker and Elizabeth relationship and how Booker deals with his own choices (whether they were his universe’s decisions or not). The final revelations in the game still has us thinking back to the tragic end of Booker Dewitt and the city in the clouds.

It’s pretty hard to argue against the first BioShock being the best of the series.

The original BioShock so perfectly connects every aspect of its world while retaining the themes and gameplay mechanics presented. Whether it’s plasmids, Big Daddies, Rapture, or even Art Deco, it all has a purpose in the broader scope of the world. It isn’t simply thrown in there without a second thought because the world-building is intimately wrapped around the time period and Objectivism philosophy that Andrew Ryan represents.

This is the only BioShock game that has strong elements of horror, which for an introduction to a series and the dystopian setting that it presented, fits perfectly. Even the combat has aged gracefully, and while it may not be the best in the series, it does its job well while the player shuffles with uncertainty through the glass-enclosed hallways of Rapture.

Even Jack being a voiceless body during the gameplay of BioShock helps to play into meta themes represented by “would you kindly.” Rapture is also a masterclass in how to build a world. Every detail appears to be meticulously thought out, and it’s part of the reason that this game from 2007 still endures in the public consciousness. And with the 2016 remaster, even the graphics don’t hold it back.

What Irrational Games were able to do with the original BioShock is simply astonishing, and it was always going to be a near-impossible feat to create a sequel that could surpass it.

READ NEXT: Shin Megami Tensei: The Story So Far