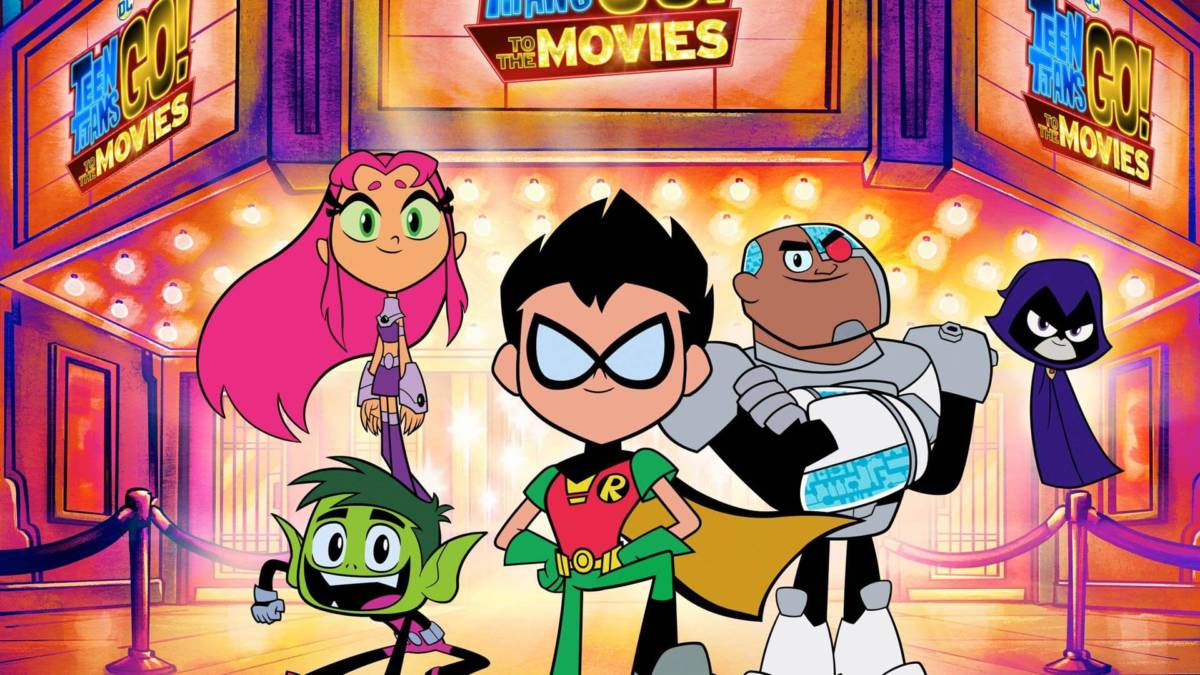 With the live action side of DC opting to go down the dark and gritty route, it was refreshing to say the least for the animated flick Teen Titans Go! To the Movies to focus on the goofier aspects of the comic book genre, which it did to great effect.

Based on the popular Cartoon Network TV series of the same name, the film depicts the titular band of adolescent superheroes heading to Hollywood so that they can finally get their own movie, something which, for them, is clearly far more important than actual superhero business like saving the world.

Those on the more snobbish side of the spectrum of film criticism often like to whine about how superhero movies are causing the death of cinema. And while that viewpoint is preposterous in itself, said critics might actually find solace in Teen Titans Go! To the Movies, because the film takes place in a world where even Batman’s utility belt is given its own big screen outing. In some ways, it almost seems as if the filmmakers were openly mocking the superhero craze which has taken over Hollywood for the last several years.

Robin, who is probably the most recognizable member of the Teen Titans, is presented as the team leader, and is also given the most focus in terms of personality and characterization with voice actor Scott Menville bringing a great deal of emotion to the role. The same can not be said for Starfire, whose only defining characteristic seems to be how she uses the word ‘the’ before every other word. However, Raven, with her grim demeanor and her shoot first and ask questions later attitude, is a memorable addition, while Beast Boy and Cyborg are fun additions who both have memorable stand out moments.

If you’re a fan of the Lego films, you’re probably already familiar with the style of humor present in Teen Titans Go! To the Movies. A constant barrage of meta humor and in-jokes, not to mention visual gags which cram the screen (you’ll have to pause the DVD to notice all the Easter eggs), mean that jokes are available by the bucket=load. And nothing is off-limits. Not only do DC poke fun at themselves (the Martha scene from Batman v Superman gets roasted appropriately, as was Marlon Brando’s role in the original Superman), but they also have the nerve to mock everything from Marvel to Teenage Mutant Ninja Turtles. And yes, before you ask, Stan Lee does make a cameo, even though it’s a DC movie. Because why the hell not? Perhaps the greatest in-joke present is the fact that Superman is voiced by none other than Nicolas Cage, something which, as fans will tell you, has certainly been a long time coming.

Because this is clearly a kid’s movie, don’t expect to hear Robin saying “fuck Batman” like he did in the trailer for the live action Titans TV series, although there were jokes about where babies come from, and an extended gag about the characters all pooping in a fake toilet, and then being unable to flush. So yeah, some parents may find some of the moments in Teen Titans Go! To the Movies to be a little awkward, but let’s face it: there would be no fun in having a kid’s film which played it safe and by the numbers. Perhaps the darkest moment in the entire film occurrs when, after having been made aware of the disastrous consequences of altering history, the Titans give Batman’s mother a pearl necklace before sending her and her husband down Crime Alley, followed by the sound of gunshots. Damn, they didn’t hold back on that one.

Running at a somewhat lean eighty-eight minutes, which is the length of eight episodes of the TV series, it was clearly decided to add in a number of musical numbers to help achieve a feature length running time. If you’re not a fan of musicals, don’t worry, because they were somewhat few and far between as opposed to happening every two minutes, and because the songs are actually pretty decent. They are so catchy that your kids are probably going to drive you crazy with their out of tune renditions of ‘My Movie’, which is the name of Robin’s big number.

In terms of animation, this is essentially an episode of Teen Titans Go! with a bigger budget. It’s bright, and colorful, and has some interesting set pieces, such as the final battle sequence, in which Beast Boy transforms into a fire-breathing dragon, but don’t expect anything groundbreaking like you would see in a Pixar film. Either way, if the plot of Teen Titans Go! To the Movies doesn’t captivate you, the visuals certainly will.

While it’s probably unlikely to win over any new fans, Teen Titans Go! To the Movies will still put a big smile on the faces of children and adults alike. It won’t win any Oscars, but this was still a great deal better than most of the animated fare pasted across cinema screens these days. And if you’re a fan of the original Teen Titans TV series and felt that Teen Titans Go! was nothing more than a childish spinoff, well, let’s just say you should sit through the end credits. You’ll kick yourself if you don’t.

Teen Titans Go! To the Movies will be released in the UK on August 3.

Verdict
Unquestionably one of the best animated superhero films ever to grace the big screen, Teen Titans Go! To the Movies should be essential viewing for cinemagoers of all ages.
8
Cultured Vultures is a pop culture website established in 2013 covering all things gaming, movies, and more. We eat your words.
All The News On Your Favourite Games