There is no exaggeration when we say that Mass is one of the best films of 2021. 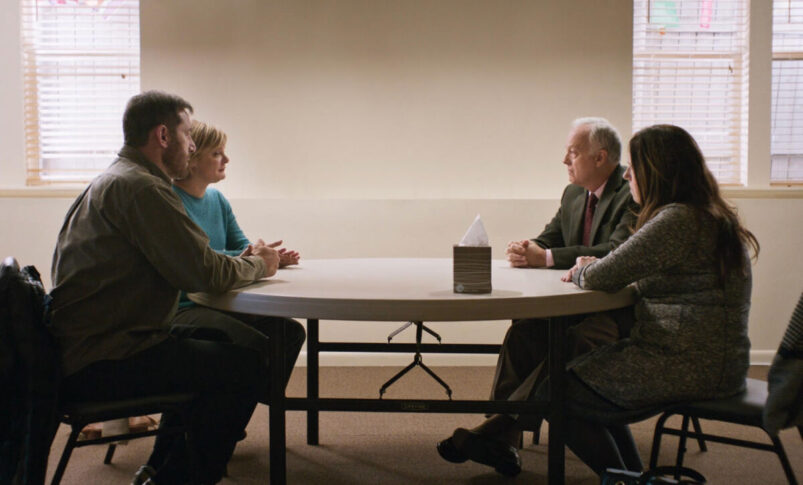 I am not one for hyperbole. I certainly don’t go shouting about a movie’s merits from a rooftop, and I don’t give out the elusive perfect score on a regular basis. In fact, I have yet to rate a film ten out of ten. That’s all about to change today, because Mass is just that good, and it’s one of the best films I’ve seen this year. It tackles a sensitive subject matter with such nuance, and the acting from the four lead actors is just superb. It is all so riveting and mesmerizing, and for most of the film, they never even leave the room.

Mass involves two sets of parents meeting up with one thing in common: they both lost their sons on the same day in a mass shooting at school. The difference? One son is the shooter, the other is the victim. Gail (Martha Plimpton) and Jay (Jason Isaacs), who requested this meeting, arrive first. Richard (Reed Birney) and Linda (Ann Dowd) arrive slightly later, and we note that the two didn’t come together. The meeting starts off tentative, with pleasantries exchanged, tension in the air as they skirt around the elephant in the room. They each share mementos related to their children, each time requesting permission to do so, however, because one son is a murderer, and the other his victim — every memory associated with the former, no matter how innocent, is tainted with all the blood he’s spilled.

Oftentimes, when children do bad things, we turn to the parents. There must have been something lacking in the way they brought up their child, or some kind of neglect going on, because how do you not see what your child is capable of? These are the questions thrown at Richard and Ann that they have no easy answers to. This in turn isn’t satisfying to the parents who have lost so much: They don’t want to heap blame, yet at the same time, they don’t know what else to do.

The film doesn’t attempt to humanise the murderer or justify his actions. His parents never attempt to, as they’re forced to carry the weight of what he did every single day for the rest of their lives. Even their happier memories of him now carry this sweeping darkness, and each of these past moments will forever be dissected for clues or signs that they missed. Topics like gun violence and mental health are brought up, and the film navigates these topics well, letting them seep into the narrative, but never making the film solely about these things as well.

As this is a film, of course everything is staged. When all the action occurs only in one setting, the actors have to be well-choreographed so things don’t feel static and stale. Yet, you will never at any moment feel this. Every single actor does such an authentic job with their character – you feel every single shred of pain, and find yourself swimming in a pool of overwhelming grief. At times, the film breaks away from the setting of the room to the view outside and a solitary red ribbon dangling on some barbed wire.

These breakaways allow for some juxtaposition and for the narrative to breathe a little. It is a fantastic way to alleviate the tension, and probably to give the viewers some time to compose ourselves as well. Watching this at home, I paused the film during those moments, mainly because my vision was so obscured from all the tears I had been crying. Not a single performance is overwrought, and while every actor holds their weight, Dowd is simply masterful. We feel Linda’s deep loneliness, her desperation to reach out to Gail, yet fearful of the rejection she might experience.

It is remarkable to discover that Mass is Fran Kranz’ directorial debut, and he’s pretty much hit a home-run on his first try. I can’t wait to see what he does next. 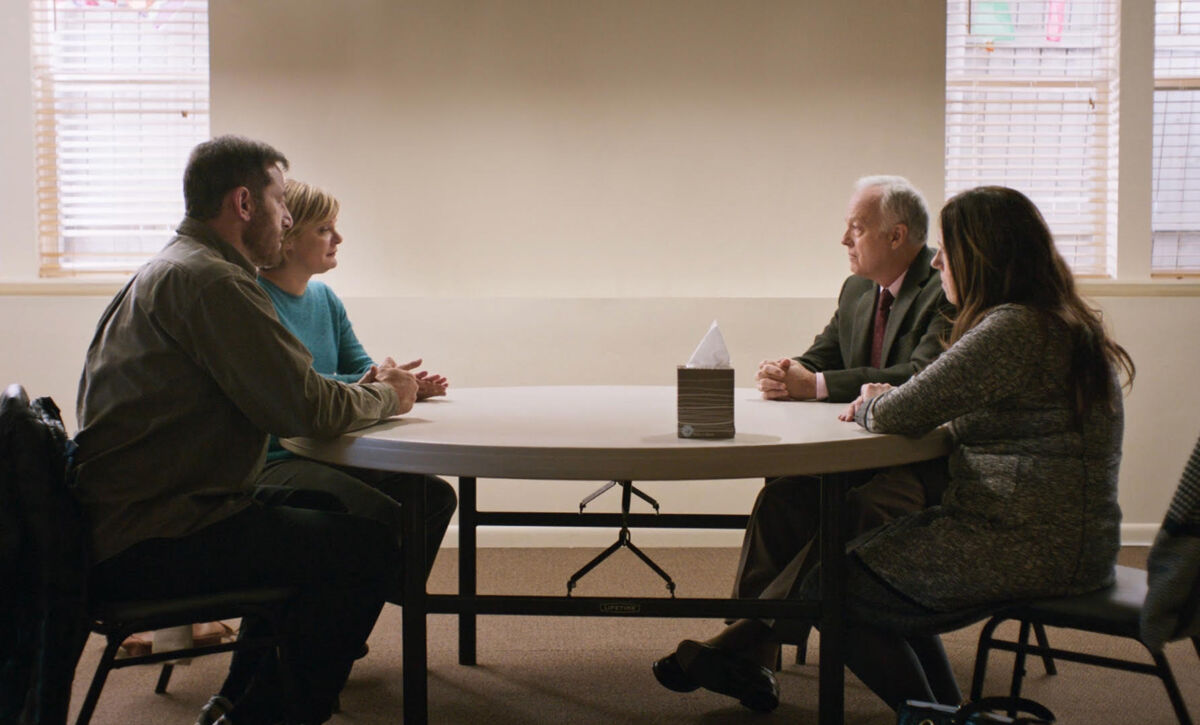 Verdict
Mass is proof that we don't need bombastic visuals or scenic locations to make a good movie. Sometimes, all it takes is a conversation in a small room, and a stellar cast.
10
Cultured Vultures is a pop culture website established in 2013 covering all things gaming, movies, and more. We eat your words.
All The News On The Biggest Games