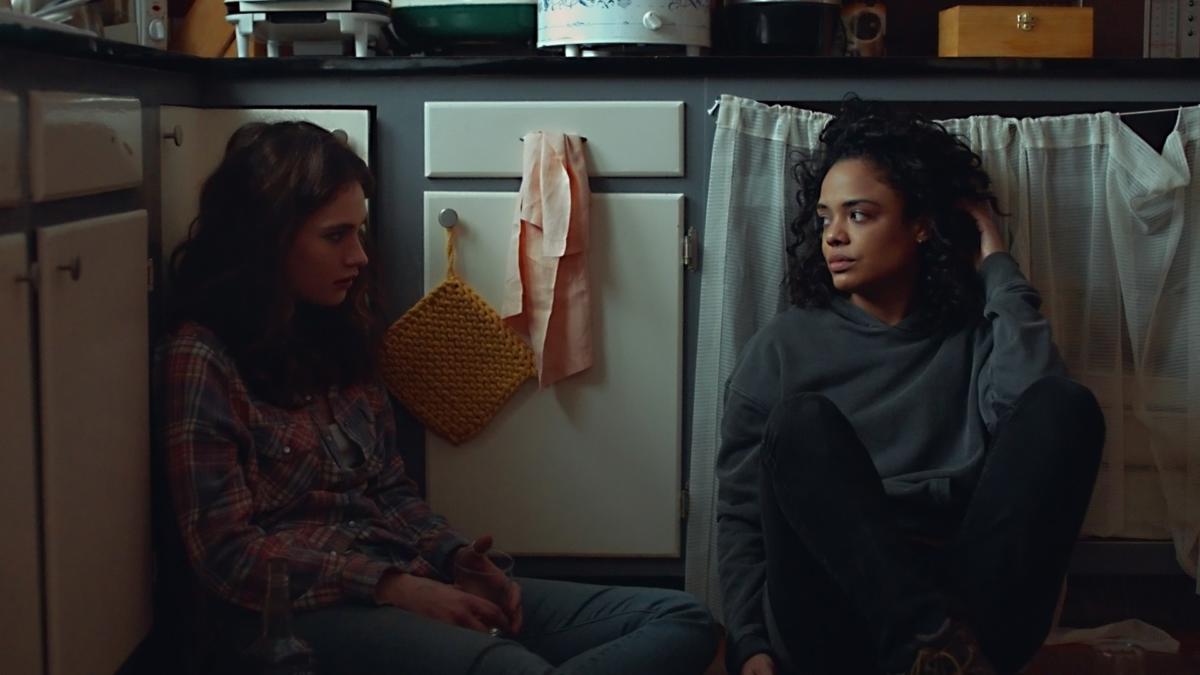 Of all the surprising benefits to the resurgence in Westerns, one of the best is that they can be for everyone now, not merely for the conflicted white men who have long been the genre’s traditional heroes. In the case of Little Woods, it gives us a female-centric modern Western, written and directed by Nia DaCosta, about two sisters in North Dakota who are forced to turn to less than legal means when they find themselves in dire need.

Tessa Thompson gives what just might be the best performance of her career as Ollie, who used to support her mother and sister smuggling drugs across the Canadian border. Then she got caught and managed to turn her life around. Then her mother dies, and her sister Deb (Lily James) finds herself pregnant on the verge of homelessness. With few options and just a few days away from the end of her parole and beginning a new life in Spokane, Ollie reluctantly once again decides to start smuggling again.

Nia DaCosta is making her feature length debut, and it’s the kind of first effort that (hopefully) kicks off a long career. DaCosta deftly balances Ollie’s illicit activities with the economic anxieties so many have to struggle with to create the kind of suspense Hitchcock or Scorsese would envy. It’s not only Thompson who shines, but Lily James as well, who has mostly played the ingenue, even in more serious offerings like Darkest Hour and Baby Driver. Here she plays a single mother on the verge of losing everything, whose drug run to Canada with her sister also doubles as an attempt to get an abortion.

If these two are able to plan a kind of future by the end it comes as a kind of relief rather than a triumph. Their safe haven has come with a high price, after a series of close calls as they clawed their way up in spite of their bleak surroundings.

“Your choices are only as good as your options are,” Ollie tells the sister with whom she has a complicated yet firmly loving bond.

“So are yours,” Deb replies.

Verdict
Little Woods is an engaging modern Western about sisters who turn to drug smuggling when they find themselves in dire straits that marks a stunning debut from writer-director Nia DaCosta.
10
Cultured Vultures is a pop culture website established in 2013 covering all things gaming, movies, and more. We eat your words.
All The News On The Biggest Games