Oh, Steve and Joe, it’s so nice to see you two again. 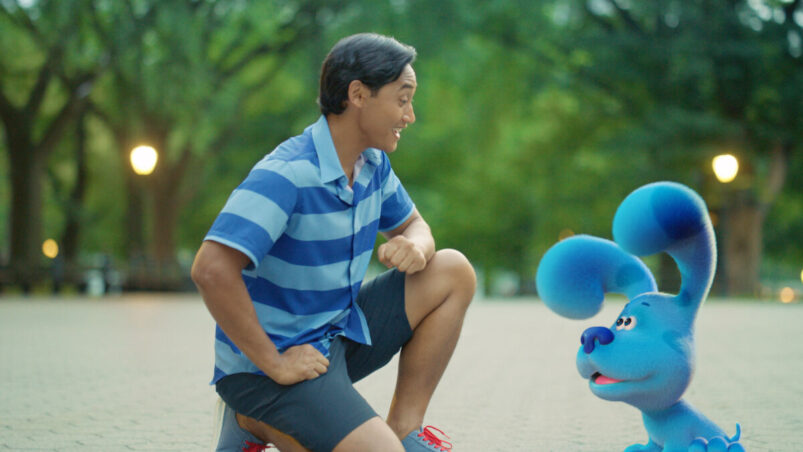 Steve, Joe, Josh — at least one of these names means something to you when it comes to Blue’s Clues. The children’s show may have the cute puppy as its title character but the real star was always her human owner, so it makes sense that the announcement of a film starring all three owners together would get people excited. However, given that the franchise is still, first and foremost, for little kids, how does Blue’s Big City Adventure balance trying to please both children currently growing up with Josh, and adults who grew up with Steve and Joe?

Pleasantly well, it turns out. Blue’s Big City Adventure follows Josh and Blue as they go to New York in order for Josh to audition for a show. When their friends at home realize Josh left his notebook with the audition address written in it, they seek the help of two familiar faces — Steve and Joe — in order to get the notebook to Josh and Blue. You can probably tell that this film is still very much for kids, but any adult deeply in touch with their inner child will still find a lot to enjoy.

Right from the start, this movie is big, bright, and whimsical. Everything is beautifully animated, especially during scenes taking place in New York. Everything is adorable, too — all the non-human characters seem to be competing for who has the cutest character design and animation, although if that were the case, Blue would be the easy winner. Blue is so endearing and charming, it’s no wonder why she’s managed to stay relevant for so long — just one look at her would make any kid want to pet her.

Of course, as mentioned, the true star really is Joshua Dela Cruz as Josh, Blue’s owner, and he shines in every scene he’s in. The actor has so much energy in him, it’s hard not to smile and dance along every time he sings a song, which he does a lot. That’s perfectly fine, though, because Blue’s Big City Adventure boasts many catchy tunes along with terrific choreography to go with them. The musical numbers are absolute blasts in this film, filled with talented dancers, fun choreography, delightful visuals, and superb singing from Josh himself.

But what about the two previous owners, Steve and Joe? Neither of them are given any big musical numbers, but scenes with either or both of them in it are still a joy to watch. Steve Burns and Donovan Patton are both completely game as Steve and Joe, respectively, and you can tell these two actors are having a ton of fun reprising their roles again. Adult fans might even shed a tear when Steve and Joe both appear for the first time — their presence feels like a warm hug and almost like reconnecting with old friends.

Another thing of note is that this film has some great representation of race, sexuality, and disability. A significant character is in a wheelchair, several dancers and extras have visible disabilities and are of different races, and there’s even a scene of a man giving another man a bouquet of flowers. The movie unmistakably features a same-sex couple, too, unlike numerous other kids’ films where the same-sex couple is only implied or could easily be missed.

However, easily the biggest problem of this film is its third act, which goes on for too long even for little kids. It still has its fun moments, but you can feel the film meandering, trying its best to stretch out its climax and ending in order to hit that 80-minute mark.

Another thing that goes on too long are the cameos, and while mentioning them would be spoiling them, they do all feel a little extended. These are also cameos from faces that little kids would be very unlikely to recognize, so prolonging them doesn’t make a lot of sense and just feels like padding or a way to keep adult viewers interested.

If it’s the latter, it’s completely unnecessary — Blue’s Big City Adventure has enough to offer for both the kid and the kid-at-heart. The film is an absolute delight and joins the ranks of films like Follow That Bird and Elmo’s Adventures in Grouchland as charming and enjoyable films meant for the preschool demographic that adults can have fun with as well. At the very least, Blue’s Big City Adventure is worth watching only to see Steve and Joe talk to you once more and be incredibly happy to see you again.

READ NEXT: Make the Case: 5 Best Comedy Movies About Brothers 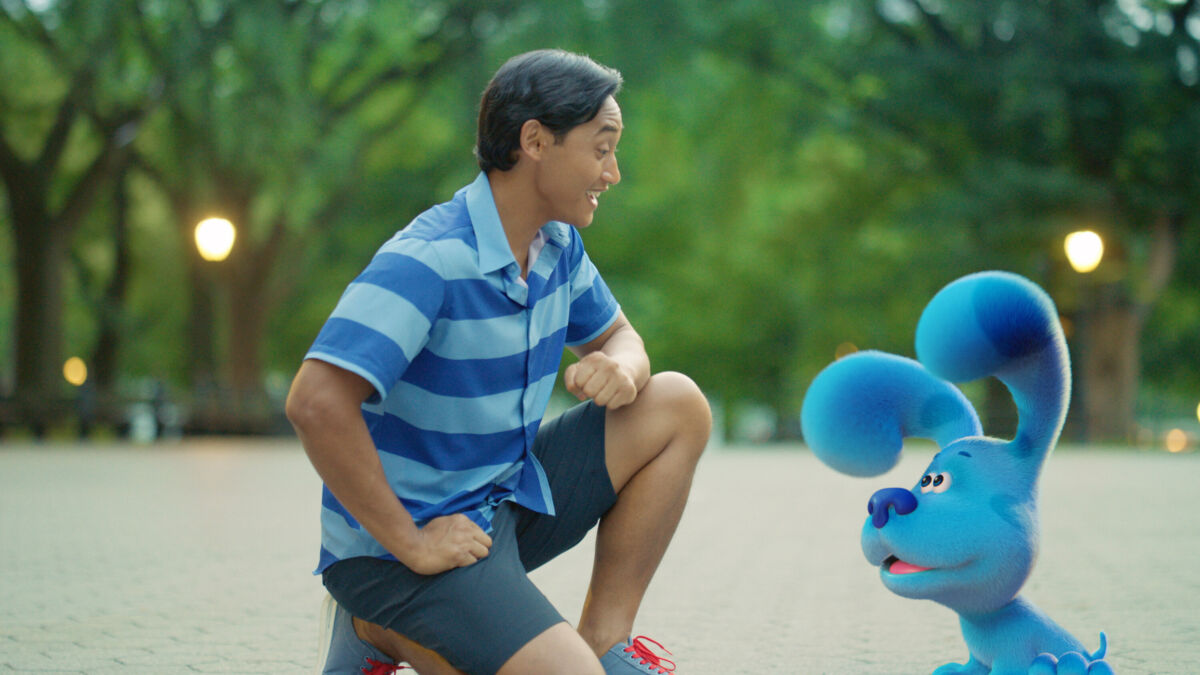 Verdict
Blue’s Big City Adventure offers a splendidly joyful experience for kids with its colorful visuals and upbeat songs, and a heartwarmingly nostalgic time for adults who grew up with the original show.
8
Cultured Vultures is a pop culture website established in 2013 covering all things gaming, movies, and more. We eat your words.
All The News On The Biggest Games