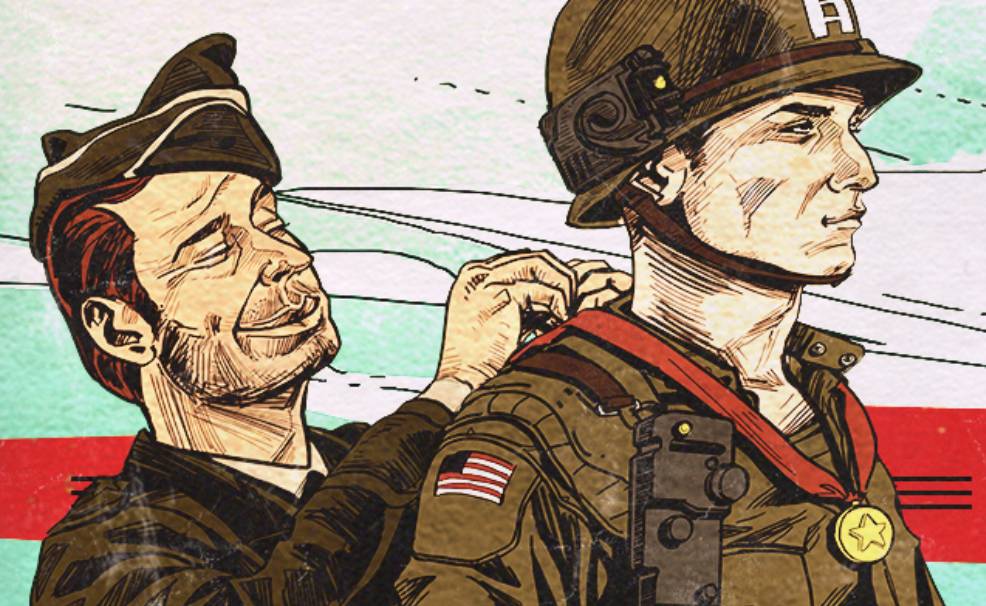 Another day, another DLC for Wolfenstein II – and another dreary, uninspired 90 minutes of lazily-cobbled-together gameplay. I’ll spare the final entry in the Freedom Chronicles, The Deeds of Captain Wilkins, from too much abuse, partly because I don’t want to repeat myself a third time, and partly because out of the three, this is the one I actually wanted to like the most.

Captain Wilkins undoubtedly has the most personality of the three DLC characters, and his little introductory narration about his unit of Allied soldiers-turned-guerrillas evoked in me nostalgia for classic WWII films and had me actually looking forward to seeing where his “deeds” took me. The description and introduction for the content says you’ll be heading to Alaska to destroy a Nazi super weapon, this time the dreaded Sonnengewehr – “Sun Gun.”

Like an idiot, I took this to mean I’d be fighting in snow-covered small towns, or up mountainside bases, or some other uniquely Alaskan location. To quote a villain from a much better game, “what a grand and intoxicating innocence.” No, Captain Wilkins instead treads through – you guessed it – more copy-paste corridors, supply depots and even another goddamned U-Boat in his quest to stop the Sun Gun. No new enemies are introduced, no new weapons and no new locales or twists to level design.

Wilkins is saddled with the lamest of the three gadgets as well: the fucking stilts. Nothing is done to take advantage of the verticality this device offers – you need it to progress through the levels, but it offers no tactical advantage whatsoever. The passive abilities it grants are the only saving grace – Wilkins possesses the perk that keeps your Overcharge from dropping until you take damage, as well as the one that gives you health back for killing enemies, making staying alive a simple matter of killing quick and eating every pretzel and apple you find.

If there’s one good thing I can say about the gameplay, it is that your arsenal starts pretty full and grows quickly. You begin the first level with the suppressed pistol with the extended mag, the SMG which you shortly find a suppressor and later a drum mag for, and my beloved Sturmgewehr with the jungle taped mags pre-installed, and a scope found soon after. The Schockhammer and Kampfpistole are not far behind, and things like grenades and throwing hatchets are here in abundance. There is less of an emphasis on stealth here, thank God, mainly because it’s fairly straightforward to blow through everyone once the jig is up and find the cowardly commanders thanks to the pedestrian, linear level design.

Overall, I think Gunslinger Joe edges this one out in the gameplay enjoyment department, though only because it ripped off the Panzerhund segment from the main game. There’s just nothing that stands out about this one, except maybe the final fight in the galley of the U-Boat, a frantic bit of CQB against multiple Super Soldiers and a couple squads of heavily armored regular soldiers. That’s the only encounter I remember, and probably only because I just finished it 30 minutes ago. I’m sure it’ll be gone from my memory too in short order.

As for the story, well, the short of it is that it’s probably the best of the three – whatever that means. Like the other two characters, Wilkins has an ultimate villain/target, yet another generic Nazi commander skin with a cartoonish villainous rant for every occasion and comic panel. Unlike the others, however, Wilkins has a pair of support characters to riff off of (however briefly given the limited length) – one of his former comrades and a young newcomer. Both of them have twists to their characters that are so blatantly telegraphed through dialogue and intel found in the first two missions that I don’t think they’re actually supposed to come as a surprise.

Nonetheless, while Wilkins’ banter with them doesn’t always land comedically, it is a welcome change from the silence or talking to oneself found in the other DLCs. Wilkins might even surpass BJ Blazkowicz himself in his singular love for destroying Nazis, and the disturbed responses by one of the support characters to Wilkins’ love for killing them is amusing enough to carry the short runtime. The comic panel “cutscenes” here are the best they’ve been, with some decent voiceover work and some character interactions to look at other than people getting gunned down or sneering Aryans in officer caps.

That’s…really all there is to say. I could go on about how frustrating this whole batch of DLC is, from a gameplay, level design and story standpoint, and about how it has sort of soured any desire I may have had to go back through Wolfenstein II itself a a fair bit. I’m not going to do that, though. I’m just going to tell you that, if you somehow haven’t yet but are reading this, don’t bother with the Season Pass. What’s bad here is bad, and what’s decent or even good is just even more frustrating because of the mediocre overall package it is attached to. There are way better ways to spend $30.

Verdict
The Freedom Chronicles finish off with yet another dull, repetitive rehash of the worst parts of The New Colossus' gameplay, with only a glimmer of the charm and none of the world-building that elevated the main game above its issues. Compared to The New Order's excellent The Old Blood expansion pack, these snippets of mediocrity are an insult. Skip the Season Pass entirely, I beg you. Microtransactions: none
5.5