Unruly Heroes is a quirky indie title with a price tag worth every penny for a gorgeous piece of gameplay and Chinese-inspired storytelling. 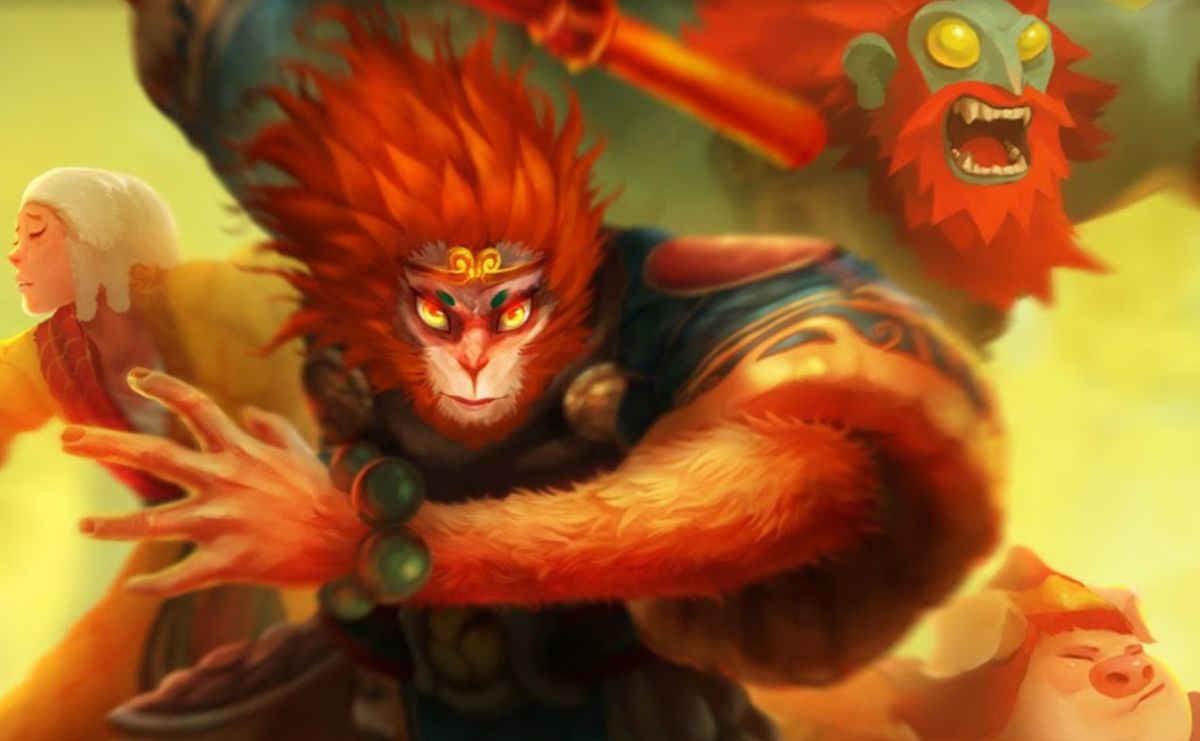 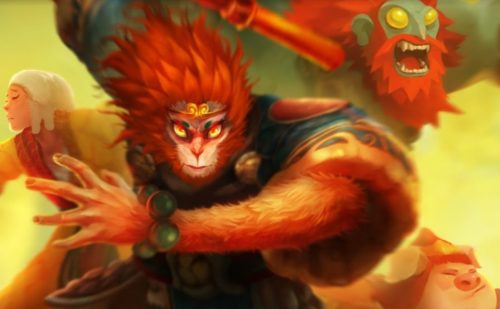 Sometimes, the best games are ones you didn’t even know you wanted until you see a trailer of a monkey, a pig, and some blue guy tearing through super stylish dungeons using martial arts. Unruly Heroes kung-fu gripped me by the throat and pulled me into a visually awesome indie adventure platformer.

The biggest thing that jumped out more than anything, even more than its art style and its kung-fu inspired marketing, was the fact that the game is a sort of retelling of the Chinese literary classic Journey to the West. The four characters you can choose to help you through the fearsome maps and puzzles are Sanzong the monk and the mischief-makers he turns into do-gooders along the way in Journey – Pig, Sand, and the ever iconic Sun Wukong, the Monkey King. 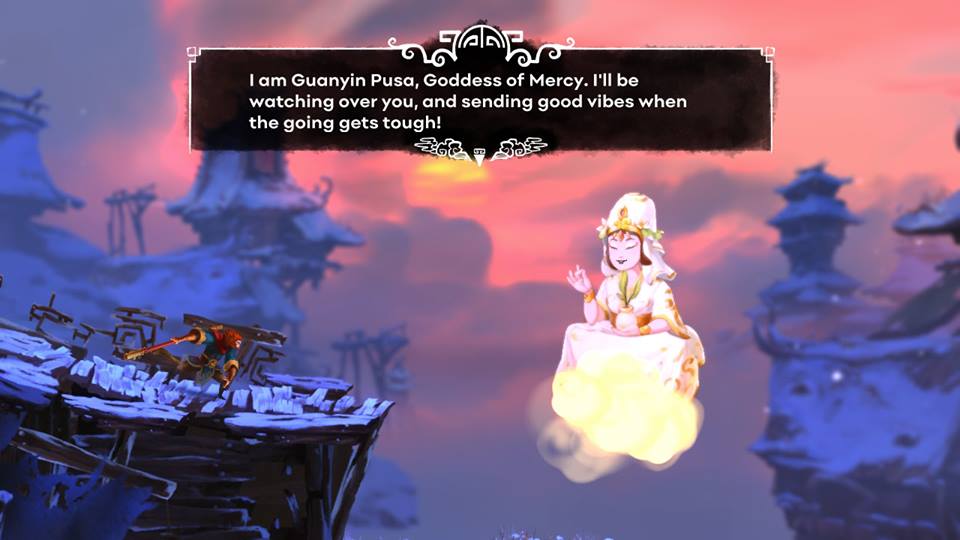 “Choose” is maybe the wrong word, considering that all four characters help you out through different stages and you are free to swap between any of them at any time. Each individual character is best suited for certain tasks, meaning one of the puzzles within the puzzles of the game is figuring out just which character has the abilities you need to get things done in the first place, which is a bit easier in multiplayer mode. The story is, again, more a retelling than a direct adaptation, so the title characters themselves aren’t exactly going for historical reenactment. If it were, the game would be a lot longer than just twenty-nine quirky stages.

The puzzles and combat mechanics are really the heart of the game, though, even beyond the 16th century story it draws from. I’m usually rather avoidant of games that revolve around being overwhelmingly difficult, so maybe this doesn’t hold the most weight when coming from such a more casual fun-seeker like myself, but the puzzles and stages in Unruly Heroes are hard. The feeling of catharsis you feel when you get past a roadblock on your progress is incredible at times, but boy are they challenging. If the Switch didn’t have a start-where-you-stopped sleep mode, I probably would’ve refused to pick it back up at certain points. The boss battles are the exclamation point on all this, especially the multi-phase battles at the end of certain worlds. That said, those same difficult boss battles are undisputedly the most immersive in terms of intensity, but also in the art. There’s one boss that, as you fight them, gravitates between a gorgeous Chinese opera style and looking like something straight out of a Dio de los Muertos festival and as terrifying as it all is, it’s an absolute treat for the eyes. 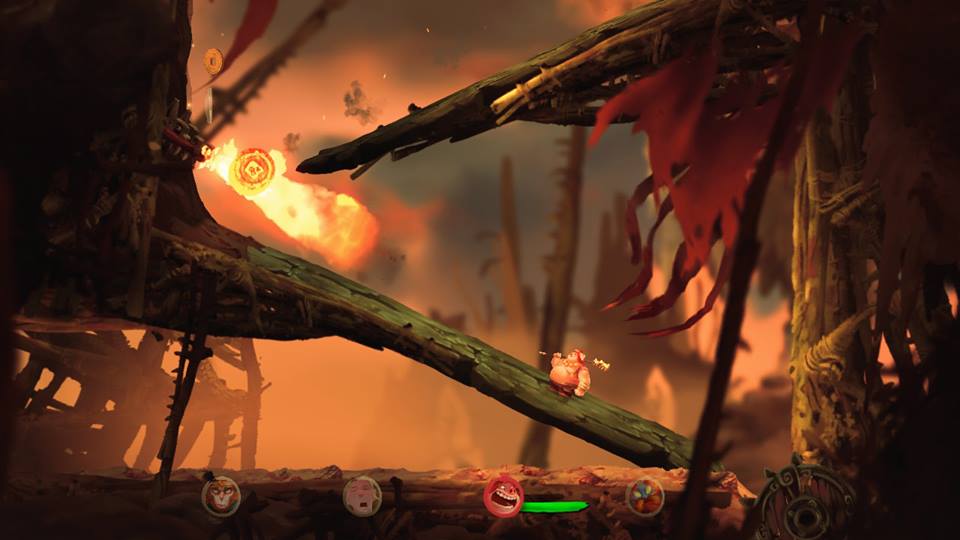 For many, the art style is one thing that piques interest in the game, as it looks very much like something akin to Rayman. This is probably intentional, seeing as how several developers on the Magic Design Studios team previously worked on big Ubisoft titles like Rayman and Prince of Persia . It’s clear to see that a whole lot of love was given to the mesmerizing design, so much so that scrolls of game art hidden through every stage are heavily implied to be pieces of the scattered Harmony Scroll that sets off the whole adventure to begin with. In a similar vein, the audio design is almost as gorgeous, with beautiful Chinese strings and flutes all over the place. The few bits of vocal audio that are in the game could use some polishing, but that’s kind of to be expected in an indie title.

The driving force behind getting through the game is the story of finding a way to the west and getting to more and more difficult challenges ahead, but the additional incentives like collecting all the coins in a level are a bit shallow. The only thing you can do with coins is save them up to buy new skins for the characters which, if you’re not into that sort of thing, makes the challenge of getting the coins in the levels kind of pointless. I can see the appeal in such a visual-focused game, but the character designs you start with are awesome enough that they don’t necessarily need pallete swaps, but I guess at least it does give that option. The game also includes a versus mode in addition to the adventure mode, which adds more fun multiplayer mayhem if they’re in the same room as you. Online multiplayer isn’t available and usually isn’t for tight indie adventure platformers like this, so that shouldn’t be seen as a drawback. 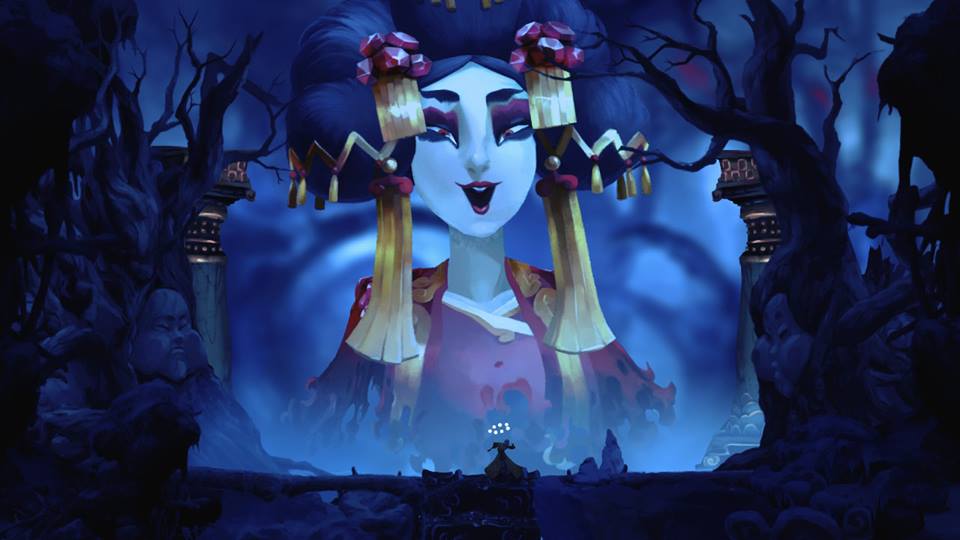 The only other real negative of the game that struck me is something I’m sure doesn’t bother many people, but constantly nagged in the back of my mind as I was playing. I love learning and researching endlessly the things I fall in love with. Hell, playing Dynasty Warriors for the first time and learning it was based on a Chinese literary classic so many years ago was probably the first pebble on the road to me being interested in a title like this. But for a game so clearly based on such a beloved tale, it would’ve been nice to maybe have some sort of summary of the original story involved or, at the very least, something like character bios. Many of the characters’ names are mentioned all of one time and having some sort of compendium for them would be a really fun aid, especially if you’re not too familiar with the source material. This isn’t the biggest deal and I understand why an indie title wouldn’t do something like this, but as someone who loves figuring out where things come from, it’d be a nice touch.

All in all, Unruly Heroes is a super fun take on an old story that is full of charm, breathtaking art, and more challenges than you can shake a bo staff at. It’s certainly not going to make anybody forget other Journey to the West adaptations (except maybe The New Legends of Monkey), but it has so much going for it that it makes this version of the story all its own. The Monkey King and his friends live on.

Verdict
Unruly Heroes is a quirky indie title with a price tag worth every penny for a gorgeous piece of gameplay and Chinese-inspired storytelling.
8