I Love Miles Morales and (Damn Right) It’s About Race

It wasn't always sunflowers for Miles Morales as a character. 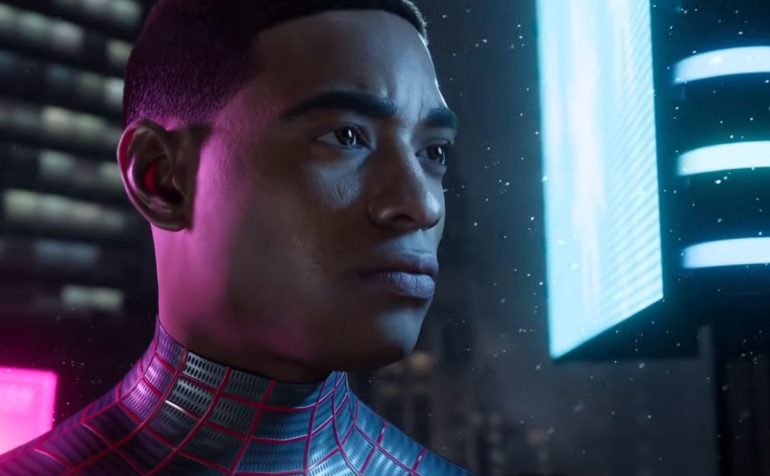 A few weeks ago, Marvel’s Spider-Man: Miles Morales dropped as quite possibly the most exciting of the PS5’s launch games. It’s been hyped as more of a standalone, decently sized expansion of the exceptional Spider-Man game that came out two years ago rather than a full-length release. As the game’s name directly alludes, you play as the young Miles Morales coming into his own as another Spider-Man.

This comes on the heels of Miles making his feature film debut in the Academy Award winning Spider-Man: Into the Spider-Verse, a movie I can’t stop rewatching with a soundtrack that slaps something fierce. Add to all that an increasing demand to see him in the Marvel Cinematic Universe and you should strap the rocket to this kid because he’s going places.

If you told me all this in 2011 when he first debuted, I would’ve told you you were full of shit.

Introduced as a part of Marvel’s Ultimate universe, Miles was created by writer/artist duo Brian Michael Bendis and Sarah Picceli. Bendis is considered one of the best comics writers today, which lets you know his creation already had some credible weight behind it.

The two of them, consulting with then Marvel editor-in-chief Axel Alonso, drew direct inspirations from President Barack Obama’s successful presidential campaign and Donald Glover’s not-as-successful campaign to star in the Amazing Spider-Man reboots. In addition to being Black, Miles is also part Puerto Rican.

So you can see that from his inception, Miles was always intended to challenge how we view our idols from a racial perspective. The main reason 2011 me wouldn’t have believed any word of how successful he’d become was because of some “fan” outcry I remember reading at the time that has stuck with me for almost a decade. It can be easy to forget now that he’s so popular, but Miles saw the same kind of pushback diverse characters or even actors face when being introduced to established works.

Perusing internet comic book forums in 2010 and 2011, I recall finding several threads spitting – pardon the pun – venom at the idea of someone suddenly being given such a heavy and revered mantle as Spider-Man. Add to the fact that Miles was seen as “politically correct” culture taking over or trying to “push diversity” directly inspired by such a huge political event, and you had all the ingredients to start quite the fire.

Nerd cultures, particularly the ones surrounding comic books, video games, and even the sci-fi section in bookstores, have never really been the most welcoming place for creators or consumers of color. And the internet, as many of us are aware, often doesn’t bring out the best in people. Even just on the comics side of things, as a nerd of color going through many of those comments on the yet-to-debut Mr. Morales, I can’t tell you how much it shot me in my heart. 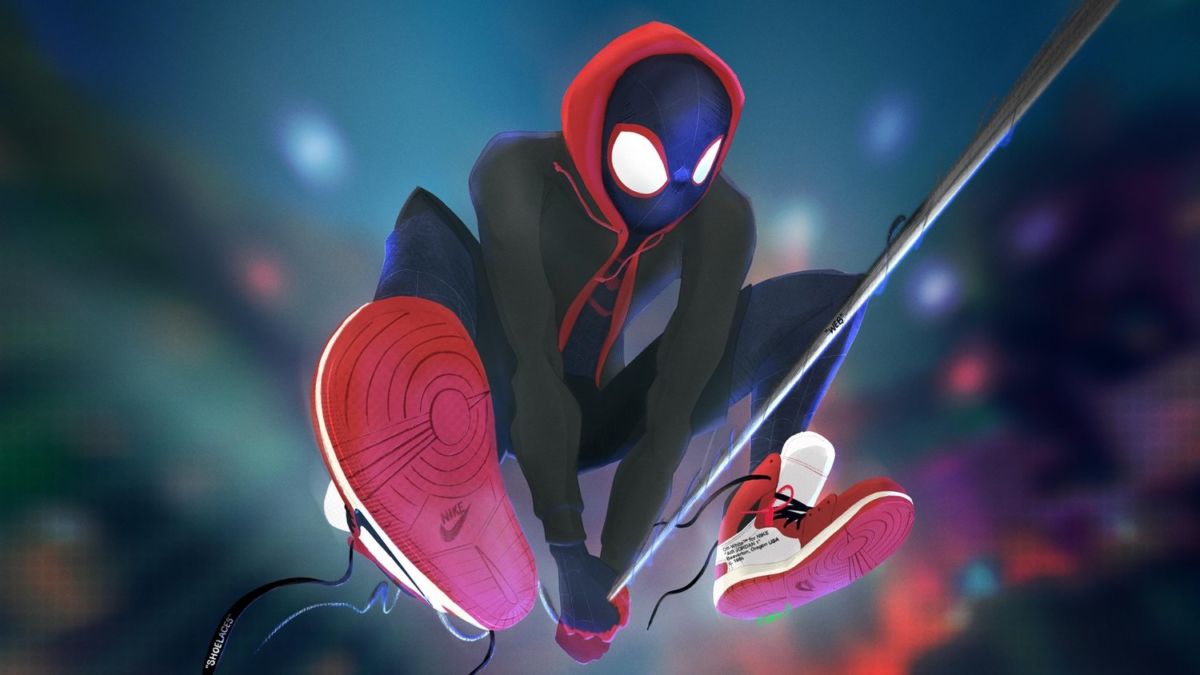 But it wasn’t anything new to me. Knee-jerk reactions to new or developing ideas isn’t a new thing to nerd culture; hell, it may well be as synonymous with nerd culture as something like the lightsaber. But when you combine those intense reactions with the racial context, you get the sense, especially growing up, that you’re not supposed to love the things you do simply because you don’t look like the people who traditionally gravitate towards it; who “own” it so to speak, especially in the public eye. Being multiracial, this also wasn’t new to me.

I’ve been a geek my whole life. I’m also Black, Latino, and Chinese. If you think geek/nerd culture has a tendency to be exclusionary, that doesn’t hold a candle to the invisible rules of being non-white, at least in the advertized “melting pot” of America. For me, it was always being labeled as “acting too white” to be Black, being “too Americanized” to be Latino, and not being acknowledged at all by the Chinese side of my family because I’m not full-blooded.

These all get compounded when you’re multiracial, as all these idiotic guidelines clash with one another over your very existence, as well as going to war with the ‘American identity,’ which requires you to sort of give up all that and just act “American,” whatever the hell that means (if you know, you know; if you don’t, don’t worry about it).

You’re supposed to belong to all these different groups by virtue of just existing, but all that happens is you spend a large portion of your life with an additional exponent of an identity crisis on top of the ones pretty much everyone goes through anyway. Of course, the genre that the foundation of comics is built on, superheroes, has had enough heroes go through identity crises for all of us. 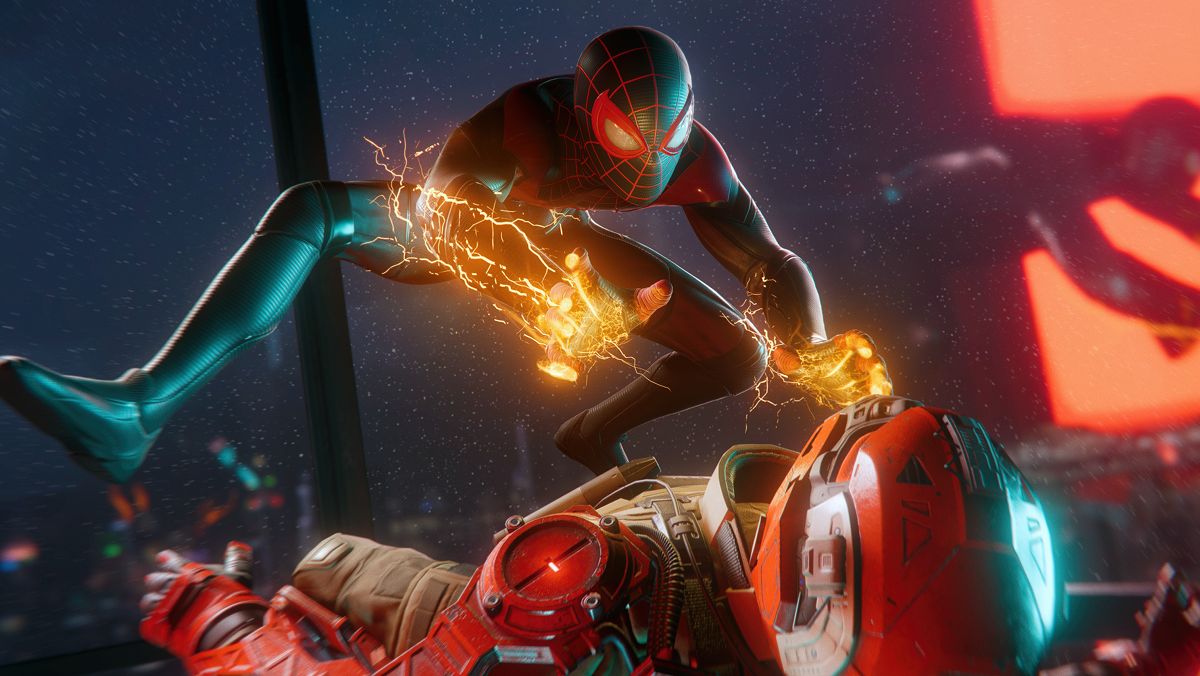 This doesn’t change when said hero does not look like or has the same experiences as the norm. Then why the initial objection to a character like Miles? Is it really because a mixed kid showing up with great power and great responsibility is full of “politics” that people want to escape from?

I’m not going to go into just how much geek culture is inspired by political events as a whole — that’d take an entire separate article. There are far too many examples of fantasy warfare to count, not to mention the many influences from Japanese media that have been directly inspired by being the only country in the history of the world to be hit with atomic bombs. But even if you look at just superheroes, you can’t ignore the political bedrock several of them exist in.

Captain America’s debut comic cover has him punching actual Hitler, not even counting the fact that he was built by the US military to create the perfect living weapon. X-Men’s world conflict is built on civil rights and discrimination, as well as having an iconic villain, Magneto, who survived being sent to Auchwitz. The most explicit story of all is the creation of the foundation of modern comics and the superhero genre itself – Superman.

The Man of Steel was created by American teenagers Jerry Siegel and Joe Shuster, both of them sons of Jewish immigrants. Their parents fled to the States amid growing resentments towards Jews in Europe – which of course would eventually lead to the Holocaust and World War II. “The Reign of the Superman,” their initial publication, was about a villain with mind control powers who wanted to destroy the world by spreading hateful thoughts. Can’t imagine where they got that idea.

The very core of the entire genre is crafted out of racism, prejudice, hope, and all kinds of fantasy. While I understand the view of anyone who wishes to lose themselves in that fantasy by getting away from as many real world things as they can, some of us can’t really do that. It’s pretty hard to forget the color of your skin, and if you do, you’re often very rudely reminded by things like being called “too white” or “too Americanized.” Or having people you thought accepted you for your interests claiming they don’t care what you look like suddenly not be okay because one of their heroes looked different.

The guy from a different planet becomes an American icon, but a kid with darker skin gets blowback for having abilities like Spider-Sense, i.e. sensing danger?

They’ll claim that it’s from a place of love, not hate or discomfort. Hate is a strong word that has no positive connotations with it, so it’s to be understood as ‘passion.’ Their love of country, of culture, of the work itself. That they love these things so much that they don’t want to see it sullied by something they don’t perceive as good enough, dictated by invisible standards and guidelines set forth that only they can control. That’s something that no true Scotsman would ever do, after all.

And of course they’ll never use the word racist because racists are fucking cowards.

Look, I’m not writing this piece because people like me are underrepresented. We are, but that isn’t the point. This isn’t about having a hero that ‘looks like me’ or whatever. Miles Morales looks nothing like me. To me, he represents something that is kind of difficult to put into words. I don’t know if there is just one word for ‘no one owns this stuff; we all own what makes us happy.’

Don’t get me wrong, I’ve never needed anyone’s permission to love what I do and I express that love exploding out of me despite no one asking for it (see: every Dynasty Warriors article I’ve ever written). Maybe it’s because, for much of my life, no one has asked me about it. We’re in a better place now than a decade ago with people of color in the nerdom, but you really can’t undo the damage all those years did to folks like me. I’m happy, yet angry at the same time that it’s taken so long for someone like Miles to show up and bust out.

I guess the point is that so often in my life, I’ve never felt comfortable being me in my own skin because of perceptions on multiple fronts that someone’s too this or not enough that. Racial identity and how I handle it is something I have dealt with – and probably will deal with – every day until my dying breath. I’ll be wrestling with this idea that my very existence apparently violates so many sanctions and upset a number of people. The people in those Spider-Man threads a decade ago, in their exclusion and rage, strangely put pieces together for me and gave me a measure of peace. Either that or I’m just so tired of having to explain this kind of stuff for so long. And I still don’t think I’m any good at explaining it.

That’s why I love Miles Morales. Maybe it is “political” or a shot of “diversity.” But I’m excited for him because he’s multiracial and he’s Spider-Man. His skin isn’t his story, and yet, it is. And as irrational as it sounds to some, that fills me with a whole bunch of hope. Isn’t that what heroes are supposed to do?

Oh, and that same forum I frequented was also big mad that Disney/Marvel cast two “nobodies” named Tom Hiddleston and Chris Hemsworth to play Loki and Thor. Maybe they didn’t know shit from the jump.

READ NEXT: 15 Best Spider-Man Games You Should Crawl All Over