Forza Horizon 5: 5 Things You Should Know

Get that motor running. 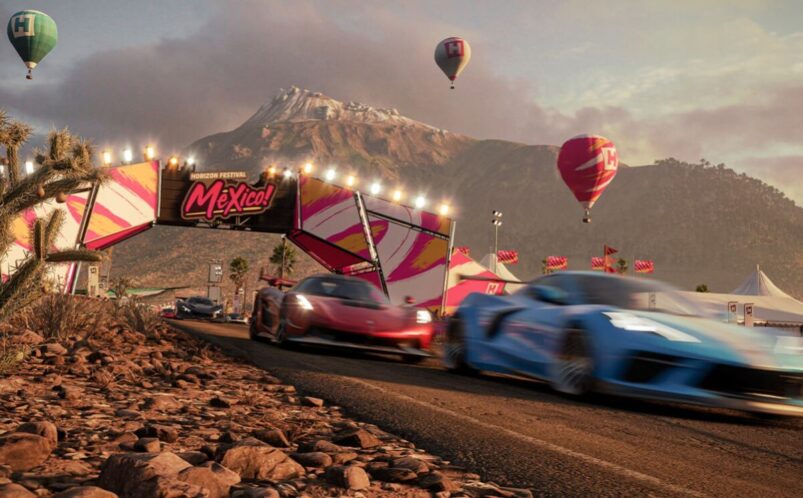 It was expected that Playground Games were going to be featured as part of Xbox’s E3 2021 showcase, though perhaps many were hoping for them to talk about their upcoming Fable game. Still waiting for more info on that one, people. However, Playground did announce the next installment of their incredibly popular racing game series, Forza Horizon 5.

Here’s everything that you need to know about the upcoming release of Forza Horizon 5.

What Is Forza Horizon 5?

Avoiding the obvious joke that it’s the fifth Forza Horizon installment, Forza Horizon 5 is an open world racing game that’ll see you explore a diverse and realistic world, either alone or with PC and console players online, engaging in races and in other activities. Cross-play hasn’t been confirmed yet, but given the moves Microsoft have been making recently, it’s reasonable to assume it’ll be added. Players will amass a huge garage of cars, and compete in a variety of disciplines and party games in what might be the most exciting next-gen racing game that’s been announced.

Where Is Forza Horizon 5 Set?

The setting for Forza Horizon games is often just as important as the racing and cars, with previous games travelling to Colorado, Continental Europe, Australia and the United Kingdom (along with a brief detour to a LEGO world for FH4’s DLC). FH5 takes place in Mexico, and will include the diverse landscapes you’d expect from the country, including expansive deserts, colourful villages and a volcano. Yeah, you can race around an active volcano, which is pretty good.

What Activities Can We Expect From Forza Horizon 5?

Horizon games tend to have a story surrounding the titular Horizon Festival, a music and automotive festival that travels around the world. While in Mexico, the Horizon staff will go out on various expeditions to find the various historical ruins that are dotted across what Playground Games have explained to be the biggest map yet. Also worth noting, this looks like the prettiest Forza Horizon game yet.

Anything New Being Added To Forza Horizon 5?

Forza Horizon 5 seems to be keeping a lot of features from previous games that have worked well, including the Battle Royale mode, called The Eliminator, which was implemented as a free update to Forza Horizon 4. Hopefully, we’ll see more content from FH4 ported across, such as the ability to purchase houses, the Horizon Stories activities and the changing of Seasons. While Mexico only has two pronounced seasons, dry and wet, it’d be nice to include both just for the sake of variety.

Perhaps the biggest new features coming to the game are the party-focus modes and customisation tools on offer. Forza Horizon 5 boasts a new AI that will intelligently group friends together to complete similar activities, such as piñata race where players knock over loot llamas to score points. Players will also be free to create their own wacky events, similar to the Super7 update added to FH4 at the end of 2020, only fleshed out to include multiple players. Those who love creating their own events and experiencing those others have made will be in their element with FH5.

Where And When Can I Play Forza Horizon 5?

Forza Horizon 5 will be available on PC, Xbox One and Xbox Series X | S on November 9th, and will be available on Day 1 as part of Xbox Game Pass. A special Premium Edition, which includes the full game and upcoming DLC expansions plus four days early access, is available to pre-order, and there’s a Premium Upgrade bundle which allows Game Pass subscribers to receive all the DLC without purchasing a game they’re already entitled to.