A game of the year candidate two years in a row? 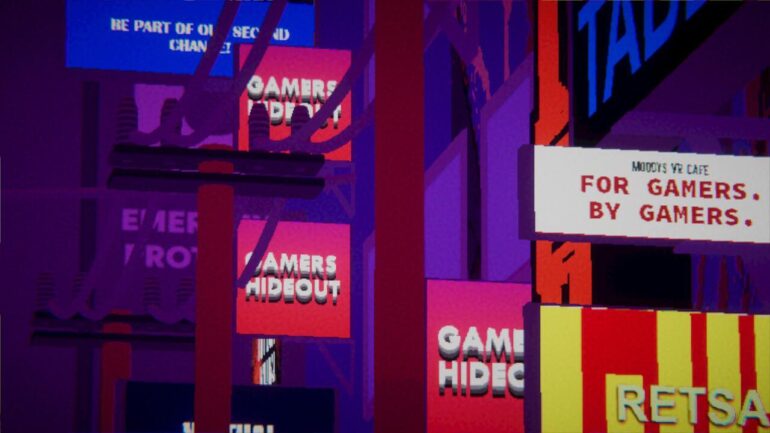 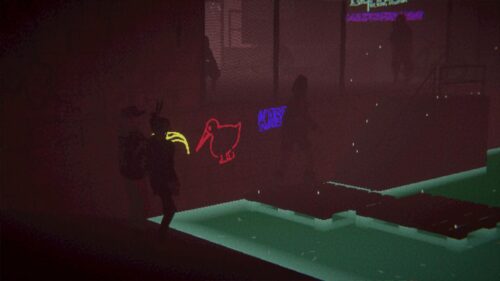 Umurangi Generation, a first-person photography game about living in a world ravaged by environmental ruin and militarized oppression, received critical acclaim when it was first released on PC. It was heralded by many as ‘2020: the game’ in its handling of institutional neglect, climate change, civil unrest, and general world-weariness. Now that Umurangi Generation is available on the Nintendo Switch, it has a chance to reach even more players in search of something that mirrors, and possibly makes sense of, the past year and a bit. Unsurprisingly for those who played it when it first came out, Umurangi Generation: Special Edition absolutely rises to the challenge.

The gameplay loop of Umurangi Generation is simple. You are a photographer in a retro-future version of Tauranga Aotearoa (the Maori name for the land called New Zealand). Each of the game’s twelve maps (eight from the original game, plus four added maps from the included Macro DLC) drops you into a small contained area, like a cluttered rooftop overlooking a city, a military base, or a moving train car, with a list of Photo Bounties that you have to capture on film. They’re usually fairly innocuous: three spray bottles, or five flags, and some occasionally require using a specific lens. After you complete your photo scavenger hunt, you turn in your photos, get your reward — a new lens or editing tool — and go on to the next one.

The gameplay is simple and straightforward in a very arcade-like way, encouraging you to chase your own high score when you return to an area. The bounties are occasionally frustrating to find, isolated among the world and forcing you to play I-Spy through a telephoto lens, and really that’s the game’s biggest issue. However, it’s only a problem if you’re rushing yourself. When you complete photo bounties, you don’t necessarily need the photos to be pristine and in-focus, you just need to get the right items in frame. This puts the onus on making them good onto you, the player, and lets you act more like an artist in your own right: if it doesn’t matter to the game how you frame this photo, how do you personally want it to look?

You’ll have plenty of options for customizing your photos, with more and more coming your way the further along you get in the game. All of the lenses and color grading might go over your head at first, but since these systems are primarily used for your own artistic interests, there’s no need to sweat figuring them out immediately. The more tools you unlock, the more tinkering you’ll want to do, and the more you’ll be able to finesse your photos (or, if you’re like me, blow them out completely and make every place look like Silent Hill).

Umurangi Generation’s photography works so well not only because you ultimately get final say on the artistic look of the photos, but because the world is so vibrant and fun to look at. Every character has a PS1/Dreamcast-era look about them, and major stylistic inspiration from games like Jet Set Radio. The characters all have smooth blocky limbs and faces, and the landscapes are full of vivid, lively architecture and pops of color. One early map, The Strand, is a neon-drowned gamers’ club that feels like an entire cyberpunk movie ground up and stacked around you. The soundtrack, by Adolf Nomura (original game) and Thorhighheels (Macro DLC) is full of excellent tracks, bursting with dizzy trip-hop beats that capture a sense of mystery, foreboding, and rebellious fun.

Each map has additional bonus objectives that, if completed along with the main photo bounties within a set timeframe, will earn you additional rewards and camera equipment. This is the only reason to sweat time constraints, as unless you’re going for the bonus objectives, each map basically lets you take your sweet time exploring and hunting your photo bounties. Taking your time is key to enjoying Umurangi Generation. Players may jump into each new map determined to clear it quickly, but doing so would mean overlooking all the detail and life the game displays. Don’t play to win, play around.

Every location is a perfectly manicured garden in a box, a tightly-packed diorama of visual beauty and environmental storytelling. There are no strictly narrative moments in Umurangi Generation, nor are there any cutscenes where you’re explicitly shown a story event (except one, sort of, in the DLC, which is a show stopping moment of the game finally being in-your-face with its story). Players in a rush will miss the flyers talking about the Prime Minister going on holiday during a crisis, or the signs of civil unrest bubbling up on the fringes of society.

For example, taking photos of blue bottle jellyfish is one of the few ways to lose points — what’s that about? Pay attention to the details all over the world and you’ll key into a fascinating sci-fi story borrowing heavily from genre staples like Akira and Neon Genesis Evangelion. The further into the game you go, the more you’ll realize the scale and scope of this world’s ruin, and the lengths to which the people still living have gone to both adapt to it and defy what seems to be inevitable.

Umurangi Generation’s story is so powerful because of how, from behind your camera, you can’t really stop anything. You can’t save the world, you can only document what it was like so near to the end. The game’s credits contain text dedicating the game “to the Umurangi Generation: the last generation that has to watch the world die.” (‘Umurangi’ is Te Reo for ‘Red Sky.’) This somber gravity is present in the game, but it never falls into fatalistic downer cynicism, nor does it let itself be Jokerfied into cruel nihilism. Umurangi Generation never loses sight of the humanity in the story it frames, and it pulls off such a powerful, profound story of living in the end times with style and panache.

You won’t take long to beat the game. Theoretically, it could be beaten in as little as two hours (ten minutes per stage). However, Umurangi Generation’s gameplay is so engrossing, its world is so lively and sincere, and its tools for customizing your photos so robust, that it’s a very difficult game to put down, or to keep down for long.

The Special Edition includes a Creative Mode in which you can explore the areas to your heart’s content — no photo bounties or objectives to complete, or a Speed Run mode where you really try to hammer out the Photo Bounties as fast as possible. This game knows exactly what it is and what it wants to be on a mechanical level, in a manner that feels similar to the original Tony Hawk’s Pro Skater in its laser-focus on presenting a specific, unfiltered experience. You drop in, you soak in the world, you capture what you want to capture.

Umurangi Generation’s true power is in how it sneaks up on you. Moments of mundane everyday life become poignant and melancholy once you’ve frozen them in a photo, and the state of the world within your lens is both heart-rending and life-affirming. What might appear as just a quick pick-up-and-play photography sim actually has a way of slipping into your brain with its canny world-building and fascinating environments, meaning you’ll keep coming back for another round of photos long after you’ve finished everything the game says there is to do. Why not? And who else is going to document what’s happening here? 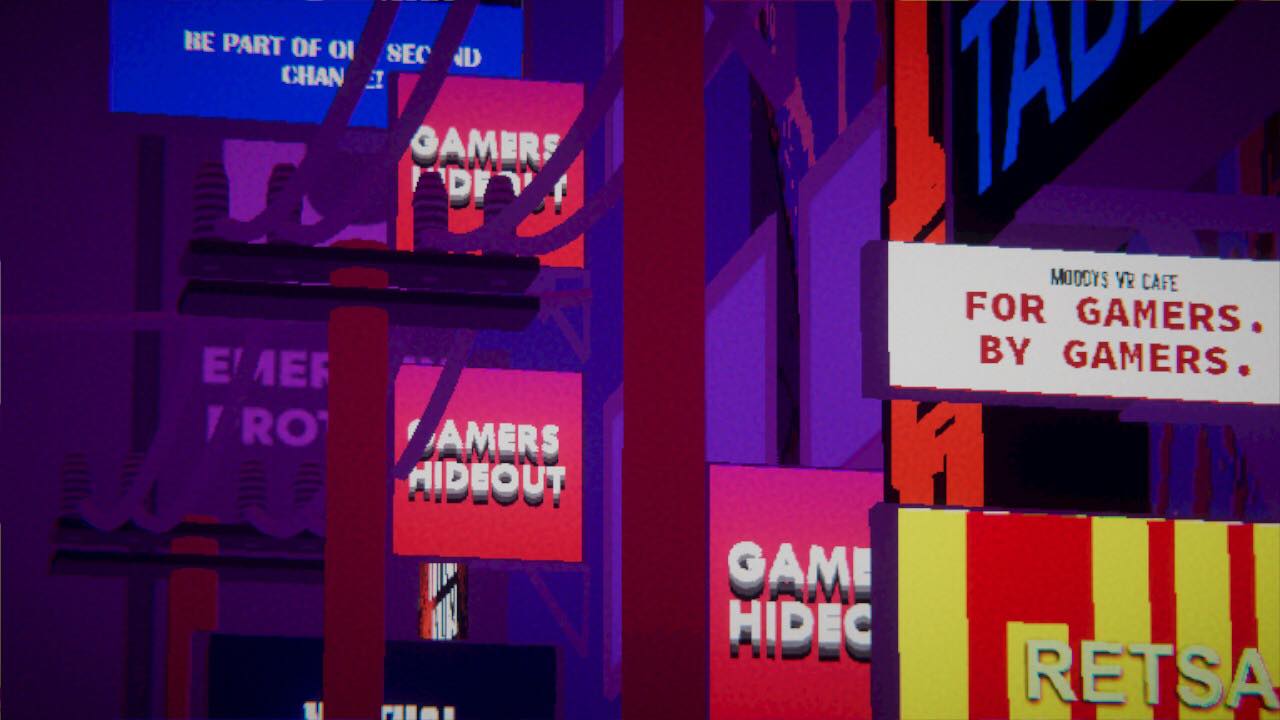 Verdict
Umurangi Generation: Special Edition is a thrilling dive into a world on the brink of collapse, and a singular gaming experience that will stick with you long after you put it down, made only better by the included DLC and quality of life upgrades on the Switch.
9.5
Cultured Vultures is a pop culture website established in 2013 covering all things gaming, movies, and more. We eat your words.
All The News On Your Favourite Games