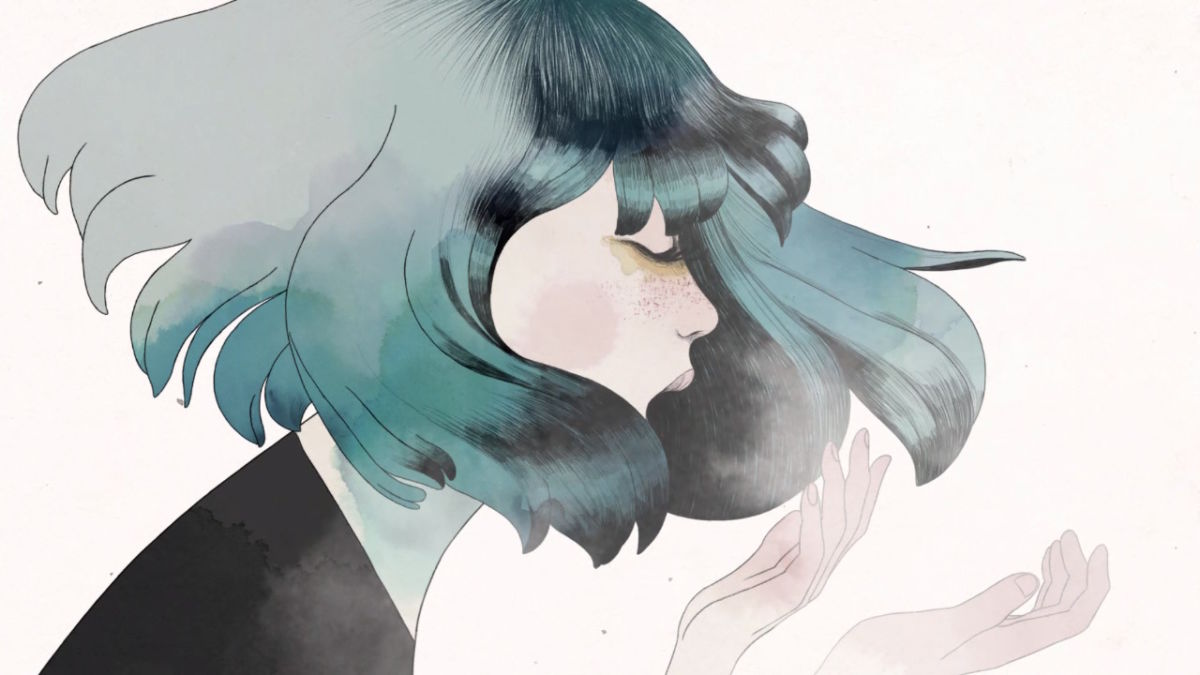 Gris is an emotive work of art that offers a sense of peace and optimism in tumultuous times. 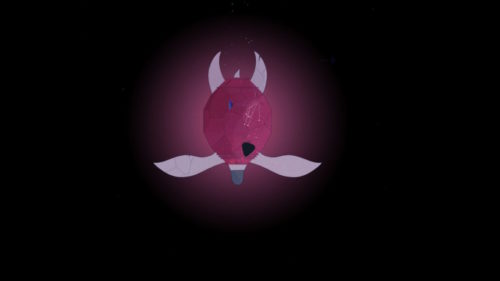 As someone who appreciates art but doesn’t really understand it (Rothko’s squares are just squares to me), I was surprised by how much I took away from Gris and, in turn, what it gave back to me. That’s really what Gris is: it’s moving art open to interpretation and devastatingly successful in leaving an imprint on the player. There’s no obvious explanation for what’s happening or why, leaving it to the player to fill in the gaps of what is an enthralling and hugely emotional ride across some of the most beautiful scenes ever seen in a video game.

The watercolour stylings waste no time in pulling you in, the introductory cutscene showing the titular character falling afoul of creeping darkness and losing her gift of singing. It’s never explicitly mentioned what the darkness or Gris’ purpose in this world is with there being no dialogue to speak of. The environments fill in some of the blanks: everything has been drained of colour, leaving it to Gris to return her world to its beautiful best. There’s a metaphor here that I daren’t try to guess beyond it being about loss, but that feels like exactly what I should be doing. Gris appears to be a deeply personal passion project from its creator with its intention no doubt to create conversation or introspection, which I certainly found myself doing as the credits rolled and I sat back dumbfounded and a little emotional. 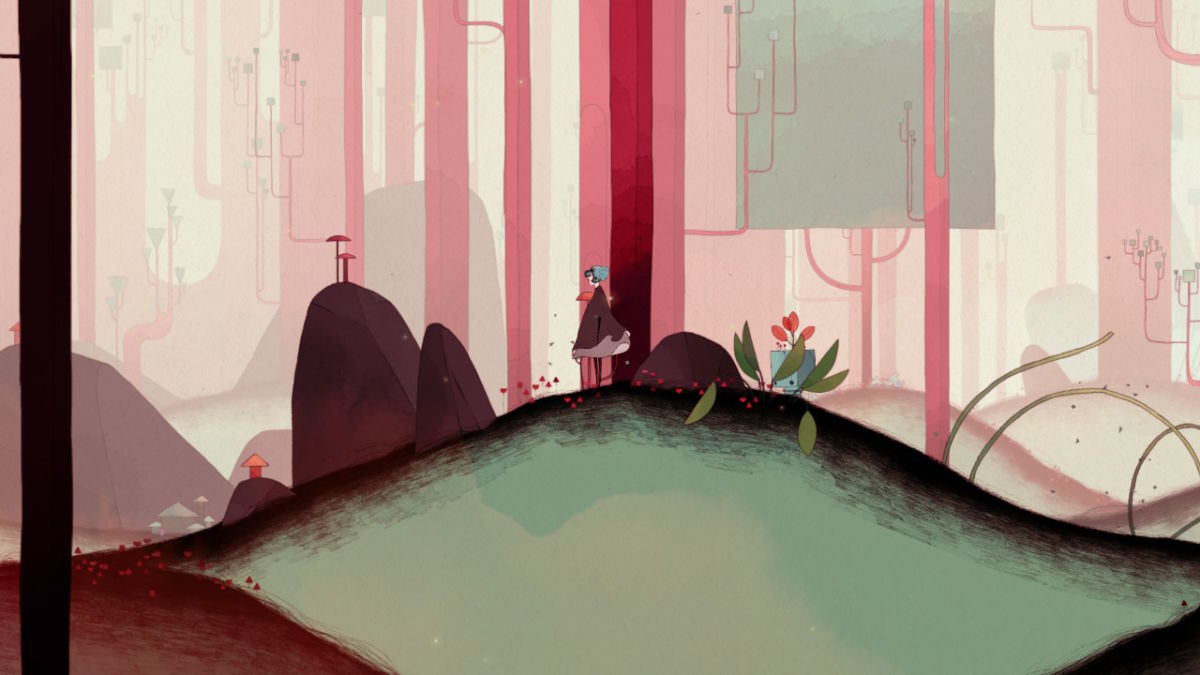 In terms of how it plays and even feels, Gris fits the same niche that Journey perfected years ago, though Gris does have more conventional platforming gameplay to make it a longer and even sometimes even more fulfilling time. While the puzzles are never The Witness levels of vagueness, Gris’ later stages, which see you flitting between perspectives and states to find stars, had me perplexed, though never enough to the point of frustration. This is not just because the puzzles can be solved with some exploration and the abilities that Gris finds along the way, but also because of how therapeutic the game is to simply exist in. When everything is this stunning, even in handheld on the Switch, it’s hard to get too wound up.

I often struggle to criticise and analyse the visuals of games and it’s especially difficult with Gris. My words can’t even begin to describe how jaw-droppingly gorgeous it is with almost every single frame being something you could hang on your wall — I have fifty screenshots from three and a half hours of gameplay. While games shouldn’t necessarily be judged on how they look, it’s hard not to do just that with Gris. Whether it’s a serene walk through the woods or a darkened area that suddenly explodes into life, Gris’ interactive canvas is constantly captivating and hard not to dribble appreciatively over. 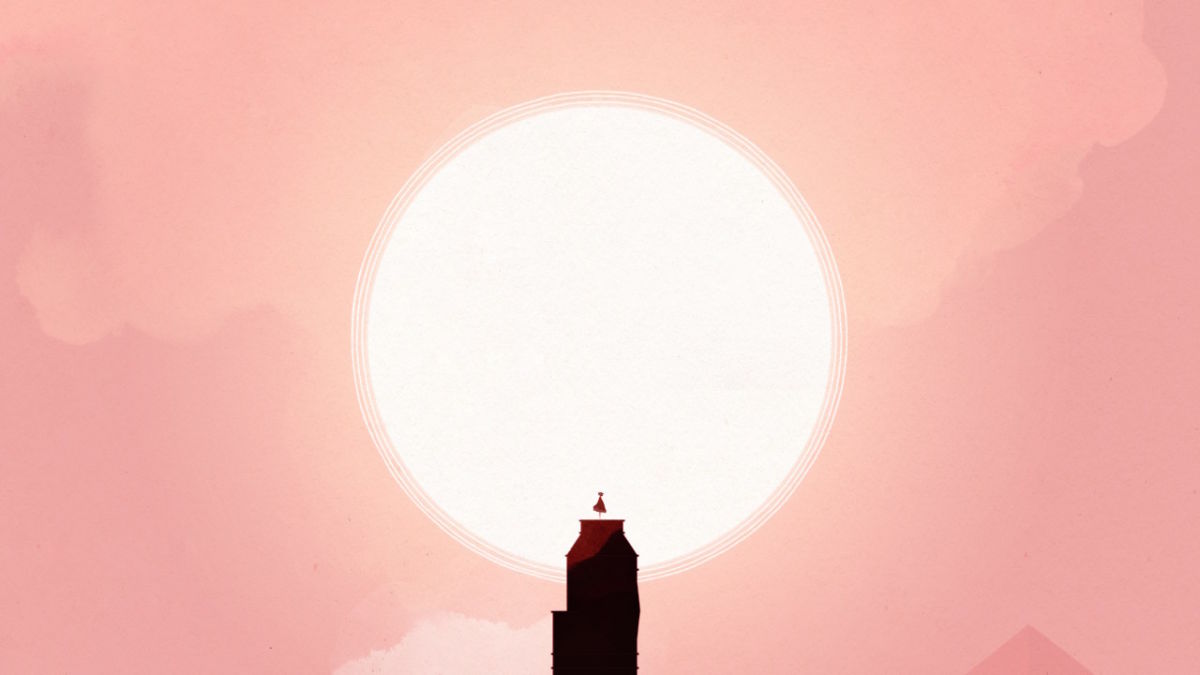 While its aesthetic is undoubtedly the main attraction, the gameplay is also no slouch, either. It isn’t inch-perfect, but the platforming is intuitive and easy to grasp with it becoming more complex and ultimately more rewarding the longer the game continues. Early on, Gris is able to turn herself into a cube to smash downwards through rickety flooring or to brace herself against winds. A little while later, she is able swim like a fish (and may even turn into a fish, I couldn’t tell) and double-jump before gliding across chasms. The final couple of stages combine all of these into a “best of” collection with some clever but not obnoxiously so puzzles.

There’s even room for exploration with Gris boasting plenty of additional challenges, though I couldn’t find many even when I scoured every inch of the screen. The purpose of ticking these off isn’t clear, but judging from the ones I did stumble across, they may be intended to fill in some of the blanks or to make the player ask even more questions. It’s refreshing to play something so unrepentantly its own thing, a game that truly wants to be a piece of art in motion that doesn’t feel the need to spell things out. If Nomada Studio’s intention, in their debut effort no less, was to make players sit back and think if even just for a minute or two, they certainly succeeded. 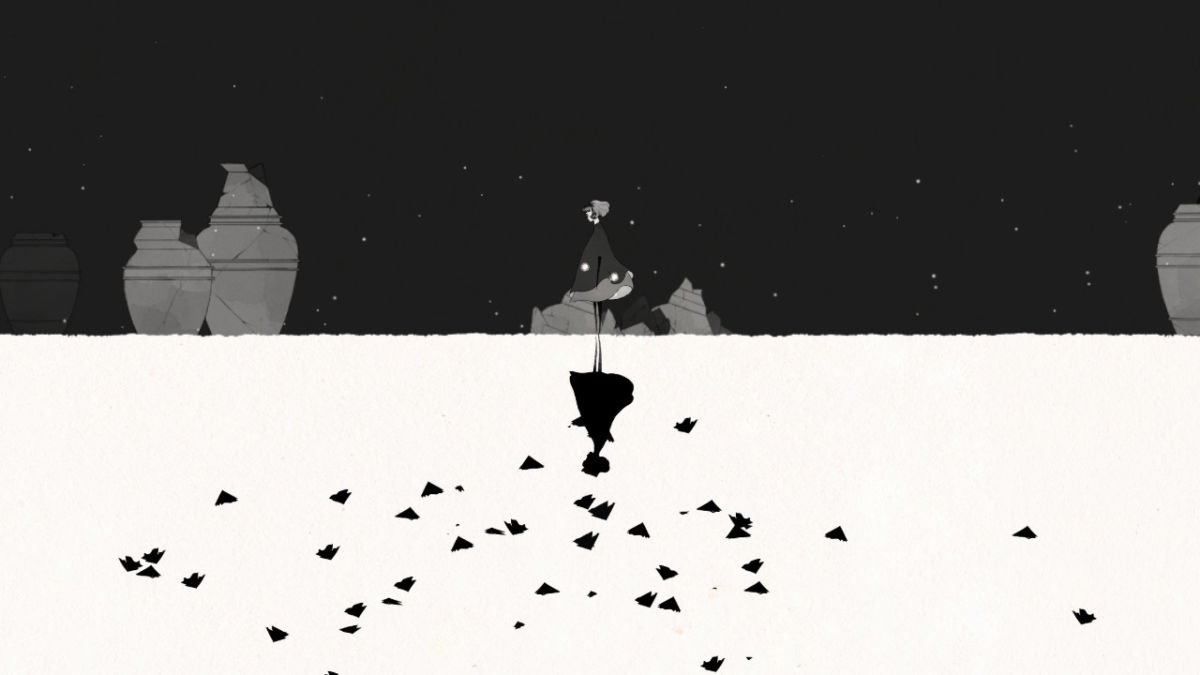 A lot of this introspection is nudged onto the player by the soundtrack, which boasts some of the most exquisite sounds I’ve heard in a long time — its should be sold separately for meditation purposes. While mostly peaceful, the soundtrack isn’t afraid of getting intense during a couple of the game’s most memorable set-pieces either. The songs remain mostly optimistic and goosebump-inducing throughout, evidenced by the soaring crescendo at the end of the game leaving me wide-eyed with wonder. I don’t know how much I can or should reiterate this, but Gris is truly art.

As easy as it is to let loose with effusive praise for Gris, it’s not a totally perfect time. There’s some irritation to be had with the 2D perspective, especially when it looks like you should be able to simply drop down from a ledge but you can’t, even though you did something similar in a previous “scene”. Likewise, Gris is something that’s best played in a single sitting as there’s very little signposting about what you need to do or where you should go; I played it over two evenings after a working day at the PC and found myself scratching my head a little on the second night, which wasn’t helped by some of its environments having a uniform aesthetic from one side of the screen to the other.

Critiques aside, Gris is just about the best way I could finish off my year. I’ve played a lot of games this year, some bad, some good, but nothing quite like Gris. I have no doubt that I will remember it long into 2019 and almost definitely even beyond that.

Verdict
Gris is an emotive work of art that offers a sense of peace and optimism in tumultuous times.
9