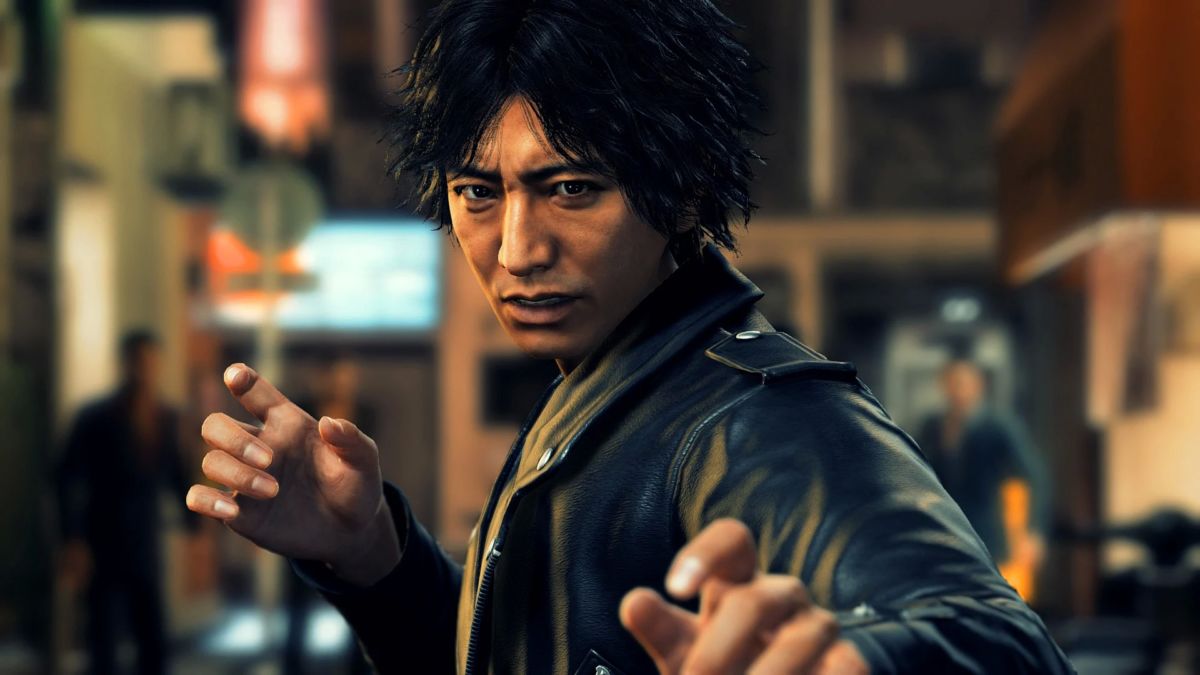 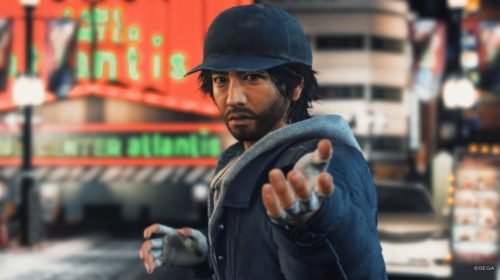 It is almost awe-inspiring how Ryu ga Gotoku Studio and SEGA managed to pull this off. Setting a game in the same area while somehow making it fresh and still pull in fans is likely to be a fever dream for heavyweight gaming publishers, and yet it usually backfires in spectacular fashion. So why do RGG Studio and SEGA keep getting free passes from their growing fanbase? The evidence is not in why they do this, but how.

You play Takayuki Yagamai, a lawyer turned private eye after a court case gone awry. Following a spate of gruesome murders carried out on Yakuza members performed by a man only known as “The Mole”, Yagamai is dragged into a compelling noir tale. Judgment takes you through the seedy underbelly of the city of Kamurocho, which entrails conspiracy theories, plot twists, and surprisingly well-conveyed commentary on the socio-political concerns of Japan’s aging population. 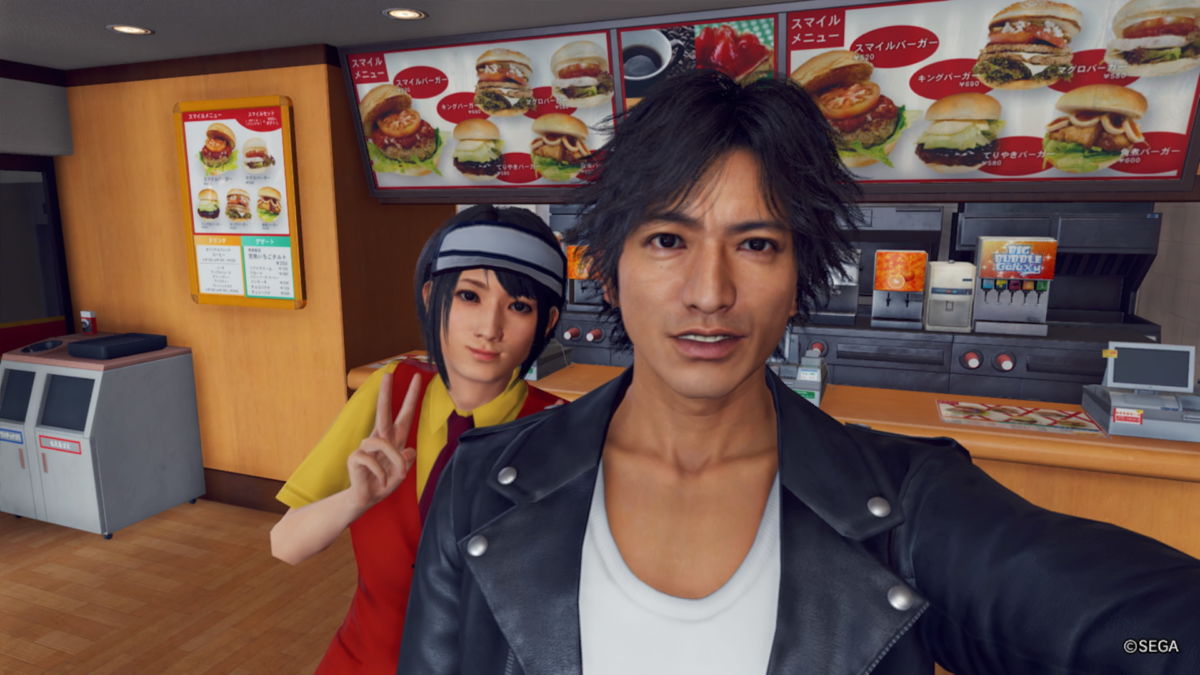 It’s a noir tale that is told perfectly, with swerves and twists that will keep you guessing and glued to the screen until the end. The only criticism that springs to mind is that, the narrative is a little slow to set the pieces during its first two chapters. This is all tied together with a sprinkling of that high-octane action RGG Studio perfected in their Yakuza series. Yagamai is a likeable character, much more brash and cocky when compared to his Yakuza counterpart, Kazuma Kiryu. Yagamai’s interactions with the world around him, from his best friend Masaharu Kaitio to his father figure Ryuzo Genda, are written so well that you would be forgiven for thinking that you have seen these characters before.

The presentation, while nothing to write home about, still comes across as visually impressive. The city of Kamurocho pops with its vibrant night time settings and golden daylight scenes that ensures running around the city while kicking a random thug’s head in is still a pleasure. While the game keeps its feet firmly in Kamurocho, more has been added in terms of restaurants, shops and other amusements so that it doesn’t feel stale. 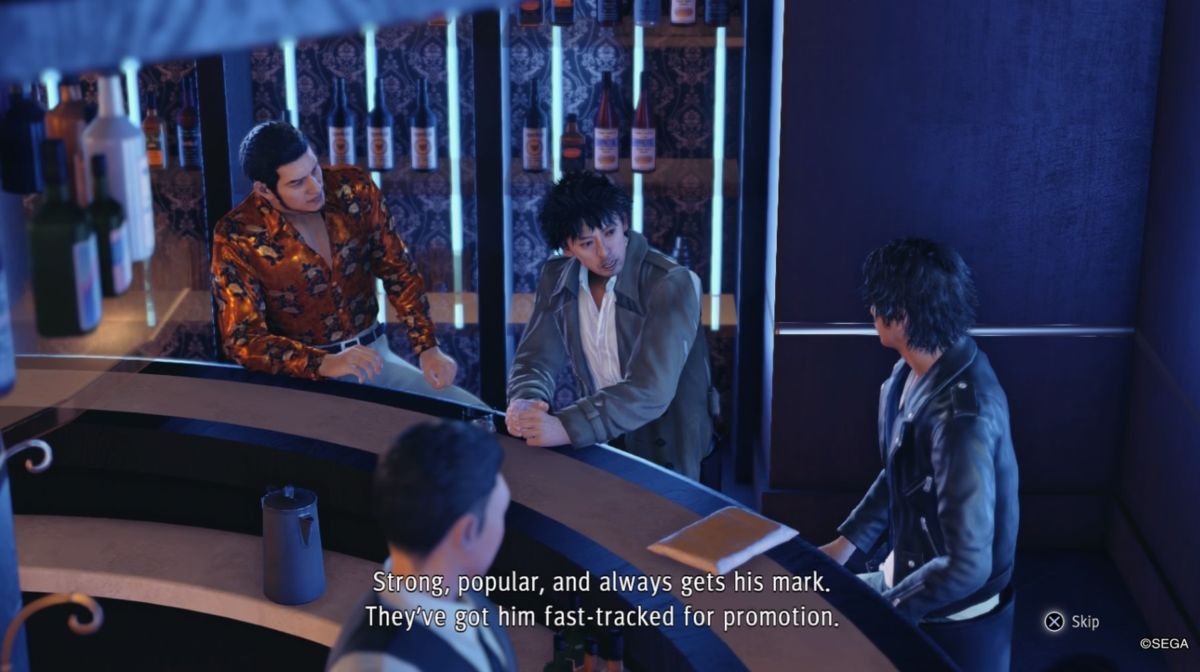 The overall gameplay mechanics have been given a slight facelift to try and fit the tone of Judgment’s investigative world with various degrees of success. There’s still the usual violence (even if not much needed changing on that front), though Judgment also boasts an added “mortal wounds” mechanic. If you have been given a particularly nasty beating at the hands of your foes, a part of your health bar is permanently blocked off until you are able to visit a doctor or use medkits. It is a mechanic that encourages you to think more tactfully, rather than: See enemy, smash skull in with a traffic cone, rinse, repeat.

Crime scenes are scanned using a first person view, or a photo finder if you are working on old case files, which finally gives use to that mechanic that has been present since the Yakuza games. Lockpicking makes is debut, but I couldn’t quite work out why there needed to be two separate scenarios of either using a lockpicking tool for one type of door, alongside using wires to break into other doors. Perhaps it was to give the game a little more immersion, but it just seemed pointless by design. 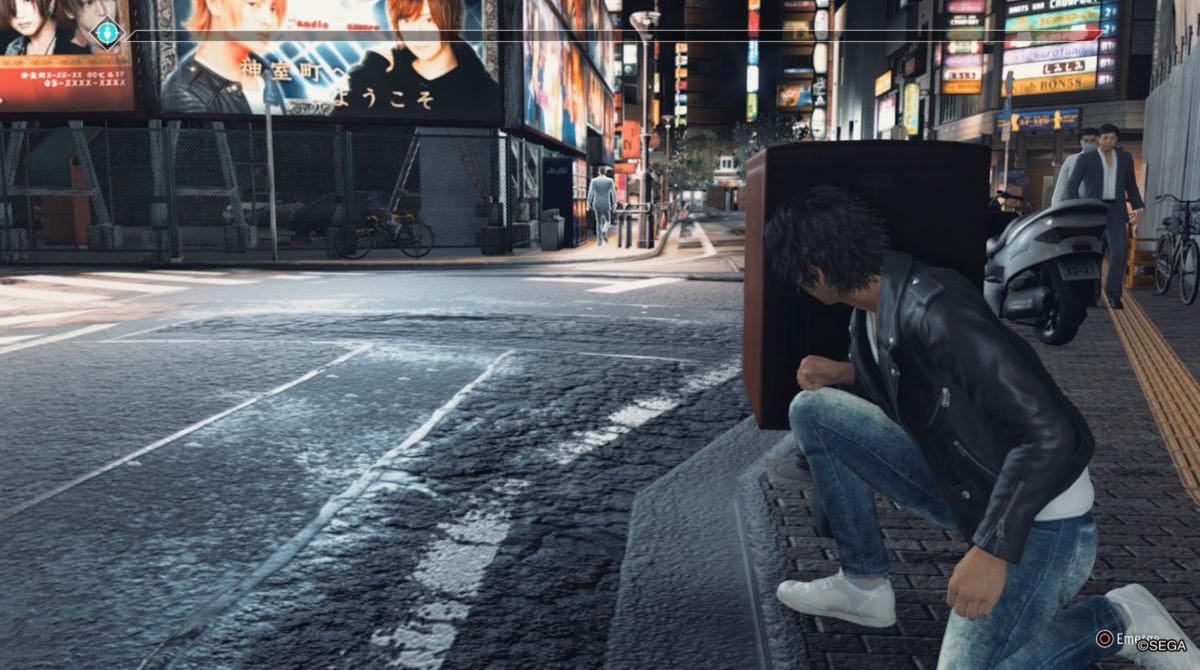 READ NEXT: 32 Best PS4 Exclusive Games You Should Play

If one of your suspects decides to make the poor choice of fleeing on foot, you are thrown into a quick time event scenario, where pressing the right buttons at the right time will help reach your foe to apprehend them. Then there is the stalking mechanic, which is probably the worst mechanic out of the bunch.

Ask any Assassin’s Creed fan and you will find that stalking sections are right up there with underwater levels for the crown of “most annoying gaming tropes”. Sprinkling the odd stalking scenario here and there isn’t an awful idea, but when a good portion of your game is based on these stealth mechanics, it brings everything to a grinding halt. 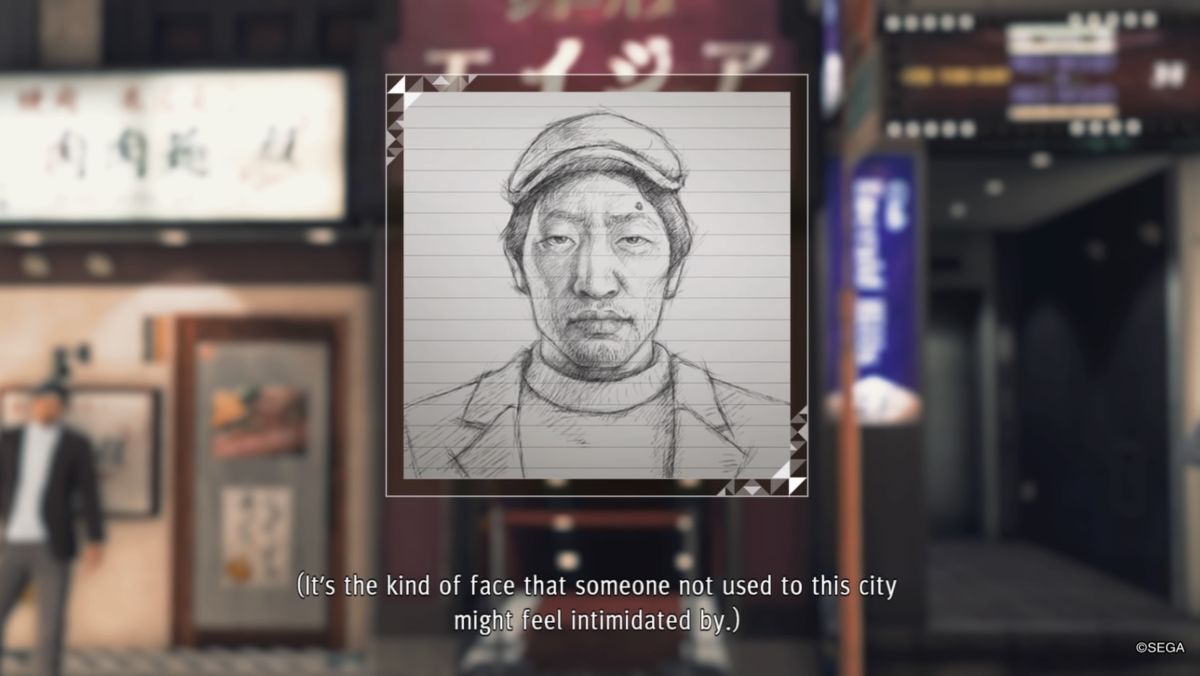 Some of these scenarios take way too long and some suspects will happily walk from one end of the city to the other, only to walk around a massive circle and end up just two streets away from where you started. Teething problems are to be expected as this is the first game in a potential new franchise, so here’s hoping that any sequels will either tighten up some of these mechanics, use less of them, or just get rid of them altogether.

Naturally with any RGG Studio game, Kamurocho is full to the brim with distractions to keep your playthrough going from as little as 30 hours to 50-60+. Side missions (or “side cases”) are gained through overall story progress and building your reputation level via making friends and helping out in their lives, whether that be playing cupid for a couple working at a coffee shop, or helping a hostess get better at her job. 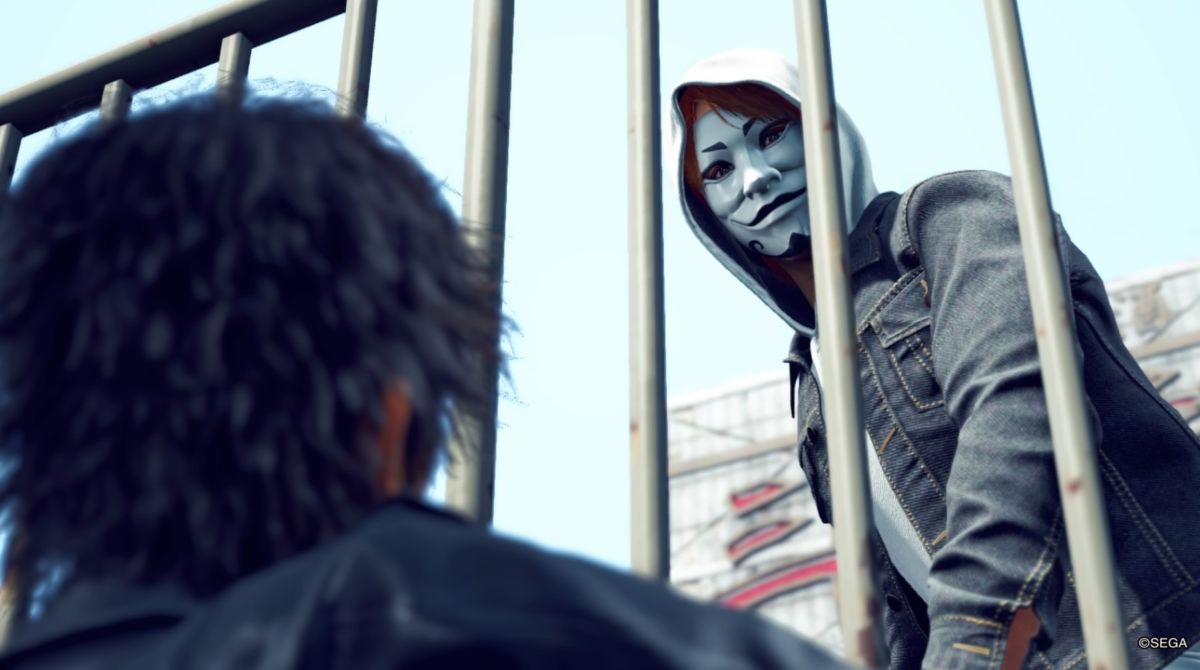 Both scenarios have that usual wonderful bizarre trademark found in RGG Studio games. Let’s put it this way: You know you’re playing an RGG Studio game when you’re chasing down a pervert known as “Ass Catchem”, who harnesses all his strength from, well, defying the #MeToo movement. There are all the trappings of the fun mini-games you can play, including hitting Club SEGA to play some ‘Kamurocho of the Dead’, dating women that works out far better than it does in real life and VR games, that are, to put it mildly, best played sober.

Judgment does come with some flaws, but none of them are deal breaking and can be worked on in subsequent sequels. The secret to RGG Studio and SEGA’s success comes with the caveat that while, yes, its settings are the same, it’s the stories that are told that make their games a huge success. Those yearning for an intense single player experience with plenty to do and a wonderfully sharp narrative will find that here in Judgment, a contender worthy of taking Yakuza’s throne. The sun rises on a new day in the city of Kamurocho and a new dawn beckons for the continued partnership of SEGA and Ryu ga Gotoku Studio.

Verdict
While mechanically flawed, Judgment bridges the gap between new and old Yakuza fans marvellously and points towards a confident future for a new franchise. Court adjourned.
8