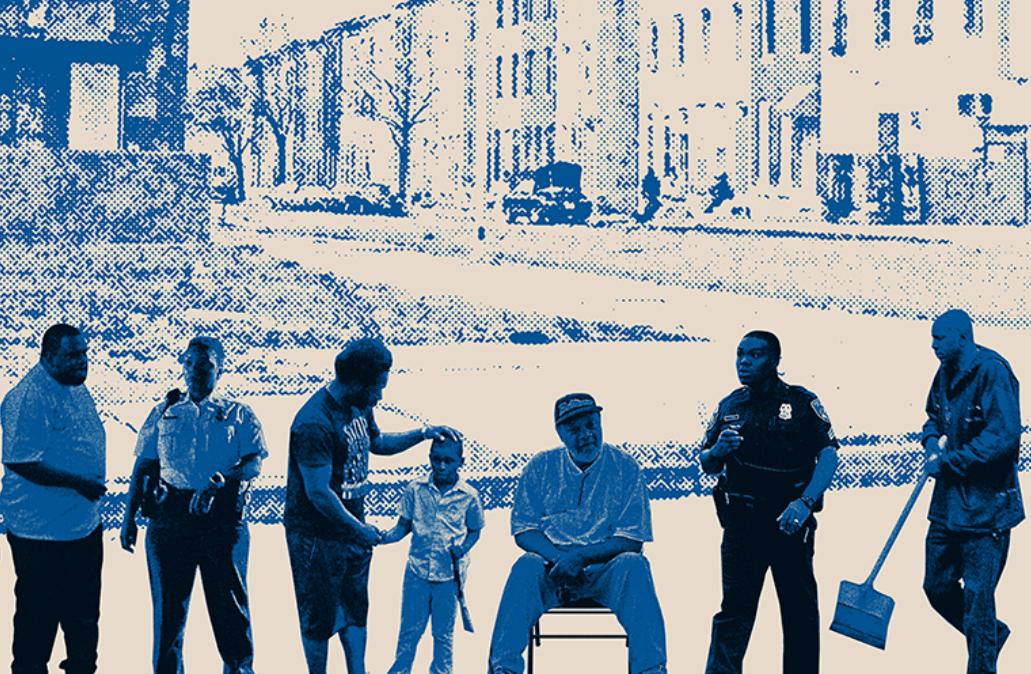 This documentary was a particularly shattering one. In an area of Baltimore where shootings and other forms of violence are a regular occurrence, Charm City follows many people who live and work in the worst areas.

Marilyn Ness, who was a producer for the film Cameraperson, takes a fly-on-the-wall approach, but detached she is not. Her reticence allows the film’s many subjects, each of whom has chosen to take on the issues plaguing their community, whether it’s due to their profession or activism. There are the police officers who are trying to cope as best they can with the horrific events they are called in to respond to on a daily basis, and who sometimes work exhausting 12 hour shifts.

Then there are the community activists who are trying to help residents cope and break the cycle of violence. Alex Long is a violence interrupter, stepping into volatile situations and trying to de-escalate them. Brandon Scott is a city councilman attempting to build bridges between police and residents. But by far the most compelling figure is Clayton “Mr. C” Guyton, who has set up a rec center as a kind of refuge and serves as a mentor and figure of hope to many in the neighborhood, especially the young men who feel lost. As people struggle to cope with a staggeringly high homicide rate and their own personal traumas, he is the one who speaks of his hope and determination that things will change.

Thanks to them, what shines brightest is the fact that behind the headlines and dire statistics, there are people already working and making a positive difference in the lives of those around them. Their ability to choose hope even in the face of personal loss is all the more inspiring because Charm City sugarcoats nothing about the challenges they’re facing.

Verdict
Charm City shows the harsh reality of the neighborhood it depicts and the people struggling to enact change without indulging in exploitative or overly simplistic tropes.
10
Cultured Vultures is a pop culture website established in 2013 covering all things gaming, movies, and more. We eat your words.
All The News On The Biggest Games