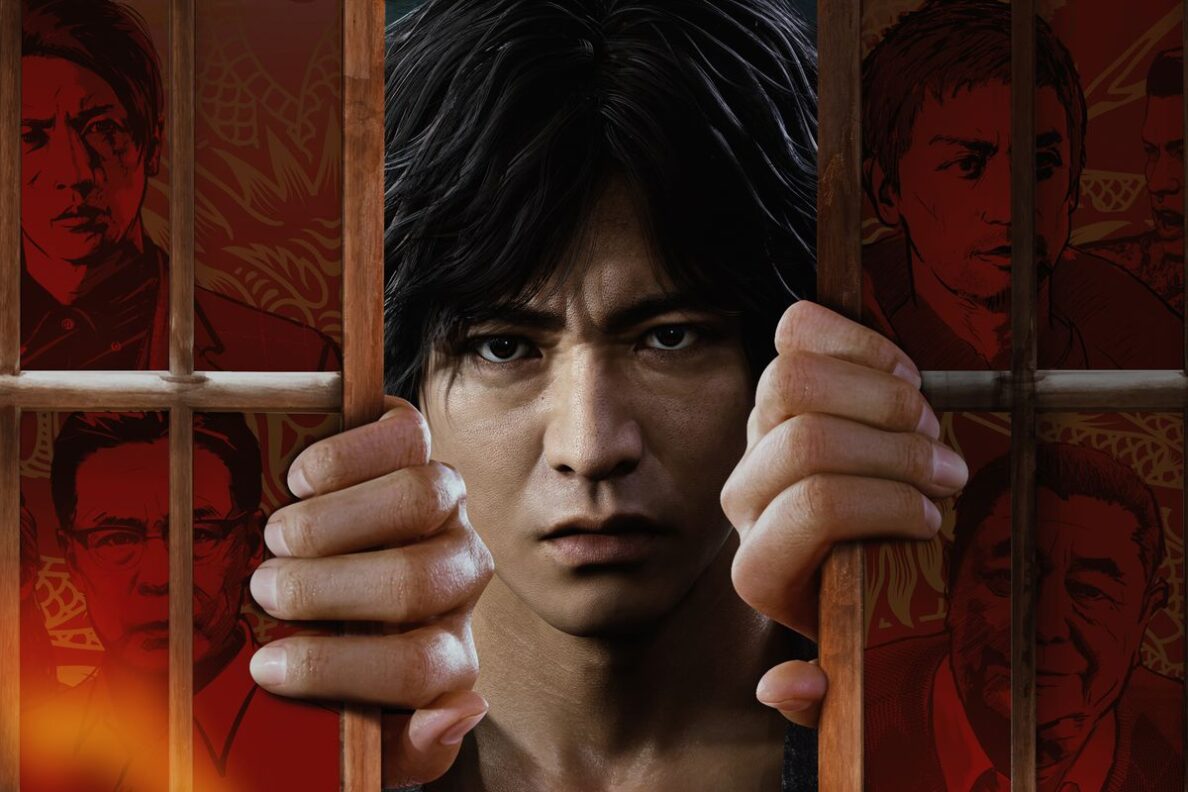 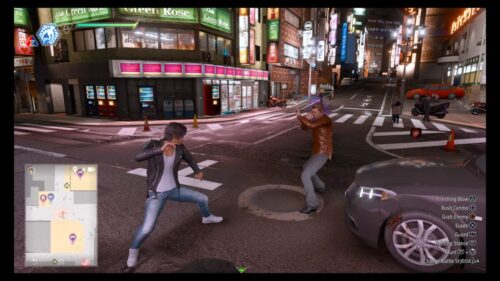 Content Warning: The following review contains references to suicide and sexual assault as those themes are prominent throughout Lost Judgment. Though we have kept these references brief, discretion is advised.

Following the franchise’s successful debut in 2018, Ryu Ga Gotoku Studio’s Lost Judgment is the second and possibly final Judgment game, as recent reports suggest that talent agency Johnny, who handle the likeness for the main character’s actor, are opposed to bringing the franchise to PC. It’s not looking great and if there isn’t a resolution on the cards, this sequel could very well already be the last game in the franchise. Hopefully, this isn’t the case, as Lost Judgment takes everything that worked in the first title, tweaks and changes a few things, and creates something that seems new and fresh, a true sequel worth its name. Add the usual narrative hijinks and mini-games galore and Lost Judgment is yet another impressive title for Ryu Ga Gotoku’s portfolio.

Lost Judgment’s story doesn’t pull any punches, immediately starting with a grisly murder scene after firefighters are called to investigate smoke from a disused building. Following a brief refresher of Judgment’s main plot, we are soon back in the familiar sights and sounds of Kamurocho with protagonists Yagami-san and his ever-faithful ex-Yakuza sidekick Masaharu Kaito, who are investigating a human trafficking/gambling ring. This portion of the game serves as a basic tutorial, showcasing some of the game’s more noticeable changes.

After the bust, Yagami receives a phone call from his former allies – tech savant and figurine enthusiast, Makoto Tsukumo and former Guy Fawkes pretty boy, Fumiya Sugiura, who since the events of the last game have set up their own detective agency in Yokohama, the aptly titled Yokohama 99. Yagami and Kaito are invited to Ijincho, Yokohama to help the two rookie gumshoes on a case that involves school bullying and the suicide of a student at the prestigious academy Seiryo High.

It isn’t long before you’re running into trouble with the academy’s students, who, in typical RGGS fashion, you have to fight. This is somewhat counterproductive, with Yagami investigating student bullying by beating down the school students, yet it’s on-brand for RGGS to have such silliness in their games.

Meanwhile, back in Kamurocho, Genda Law Firm, which still comprises Saori Shirsaki, Issei Hoshino and Ryuzo Genda, are defending disgraced police officer and suspected sexual predator Akihiro Ehara. Things are looking fairly cut and dry, with strong evidence proving Ehara-san’s guilt, however, in the trial, Ehara boldly proclaims about the discovery of the body in Ijincho. The victim in question, Hiro Mikoshiba, was a former trainee teacher for Seiryo High but also a former bully to Ehara-san’s son, Toshiro. How can a suspect from one case know about an entirely different case, not yet known to the public, and how is he connected?

All of these elements come into play, making two seemingly isolated cases of bullying and sexual assault turn into a cohesive tapestry of mystery, intrigue and many a twist along the way. Yagami and others investigate the connections, making uneasy alliances with the staff and students of Seiryo High. This includes Yoko Sawa, a teacher with a dark secret, curious investigative teenager Kyoko Amasawa, who quickly becomes Yagami’s protege, and local “handyman” Jin Kuwana, a mysterious figure who’s always at the right place at the wrong time. There’s also the vested interests of the Yokohama Liumang and Kamurocho based RK gangs that give all characters involved constant setbacks as they try to uncover the truth.

For those of us familiar with RGGS’ work, narratives like this are the nature of the beast. If you’re looking to pick this game up with no prior knowledge of the first Judgment, then you may get lost with some of the plot’s finer details. For the most part, Lost Judgment does a wonderful job of balancing narrative progression with just the right amount of twists that make you want to steamroll through the story and worry about the side distractions later.

Lost Judgment takes that interesting approach to social commentary that was used effectively in its first game. Where Judgment focused on the consequences of Japan’s ageing population, Lost Judgment goes the other way, shining a spotlight on the pressures of troubled youth, bullying and its effects up the chains of command, which is a concept that has a broader appeal to those living outside of Japan. It’s this gritty realism that sets Judgment apart from its sister franchise, Yakuza. Though gritty in its own right, Yakuza allows room for more outrageous plot devices, whereas Judgment’s plot devices are rooted into the impossibly probable.

One improvement to note is that compared to Yakuza: Like A Dragon, Lost Judgment thankfully doesn’t get too bogged down with needing to remind the player every 5 minutes what’s going on. It still has its dialogue-heavy moments, particularly in its final quarter, but they at least balance it with a boss fight or some form of action. Though you will be spending some time in Kamurocho, most of Lost Judgment takes place in Ijincho, presumably because RGGS and SEGA wanted to make the most of their Y:LaD assets.

Ijincho’s map has been fleshed out to include more taxi travel points, but also Seiyro High is a vast map in itself with many corridors and classrooms to explore and often get lost in. All of this contributes to the formula RGGS are often praised for: a good narrative with new areas to explore in already existing locales. By now, RGGS has got this formula down to a science, but they’re always pushing themselves with more experiments and upgrades.

However, the real bread and butter of an RGGS game is the combat and players will find Lost Judgment’s to be similar to the first game, though with noticeable improvements. On top of Yagami’s Crane and Tiger style fight moves, the Snake style has been added also. The Crane style is more suited for when you absolutely need to drop a small army of foes in rapid succession, while Tiger style is harder hitting, but more suited to one for one scenarios. The Snake style is an interesting mix of the two, which has hard-hitting moves that also incorporates wrestling, reversals and disarmament to its move set, making this an easy favourite of the three styles.

Another noticeable mechanic is the Deadly Attacks/Mortal Reversals. When an enemy emits an aura, they will perform a deadly attack, however, pressing X right before the attack causes a quick button prompt to perform a Mortal Reversal. As a result, the fighting in Lost Judgment is a far more polished and smoother experience. Also added is the Battle Rewards list, a checklist of various fighting requirements you can do in battle to earn extra SP. This includes beating opponents with a fighting style, using weapons, and so on. The more creative you are in fights, the more SP is rewarded, which gives the player incentive to purposely sniff around for random street fights.

All SP gained goes towards skills and new EX moves to devastate your opponents further. A good tip is to invest in the EXP booster skill trees as you will end up earning a ridiculous amount of SP you won’t know what to spend on, especially if you have been using the Battle Rewards list to your advantage. Tailing missions are sadly back, but at least there’s some improvements and skill trees to invest in that makes them less of a chore than the first game.

Yagami is also equipped with new tools to help carry out his investigations, including his trusty drone, a noise amp, detector and Ranpo, the goodest boy in gaming. Yagami-san is also given a skateboard to help get around the streets at a brisker pace, but be warned this is a very fiddly mechanic, requiring the player to keep the left analogue stick pushed forwards at all times, which makes tight turns impossible. Parkour has also been introduced and allows Yagami to scale buildings, though this is only reserved for certain parts of the game, rather than being available at all times.

Lost Judgment takes what worked in the first game and gives it a noticeable revamp, especially in its side distractions. Players can expect a fair amount of side cases, either found on your travels or available at the Yagami Detective Agency or the Yokohama 99 headquarters. There are also ‘School Stories’, missions where Yagami and Amasawa team up to tackle some of the more pressing matters plaguing the students of Seiryo High. This includes helping school clubs, such as the dance club, get to the regional finals, or investigating rather troubling behaviour that would have any school safeguarding team reach for their blood pressure medication.

The friendship mechanic of the first game has been mostly scrapped, however, there’s the small matter of befriending cats. Cats around Ijincho can be a great help towards side cases and even help sniff out hidden items, providing you max out their *sigh* “Pawpularity”. Players can also expect the usual side distractions of Majong and Shogi, with drone races and VR Qube also making a return.

VR Qube has got some interesting re-workings, pitting Yagami against an AI player whose purpose is to beat you to the finish line. Another interesting aspect is the squirrel collectables, which can be found as graffiti in both Kamurocho and Ijincho, where, providing you follow the instructions, you’ll be given either some cool gear or accessories that can help you on your adventure. There is much to do and see in Lost Judgment, making any completionist feel satisfied and suitably challenged.

While it’s clear that Lost Judgment is more or less catered for fans of the first Judgment entry, Lost Judgment is still a fantastic game. RGGS are constantly bringing hit after hit, so much so I’m running out of ways to commend their tireless work and dedication that keeps fans coming back for more. From the brilliant chemistry between its main characters to the further tightening of its already brilliant fighting mechanics, everything about Lost Judgment feels seamless and it’s a wonderful experience to behold.

It’s worrying, though, that this could be the final Judgment game because there are legs on this franchise to tell more compelling murder mysteries and I’m confident that fans will want more. Yakuza may be going down the JRPG route, but Lost Judgment is still flying that brawler banner with gusto and reckless abandon, offering familiar but pleasant company for 40+ hours. Let’s hope Johnny allows a PC port to happen so this wonderful franchise can continue, and we can walk the streets of Kamurocho as Yagami-san once again.

A copy of Lost Judgment was provided by PR for the purposes of this review.

READ MORE: Ranking Every Yakuza Game From Worst To Best 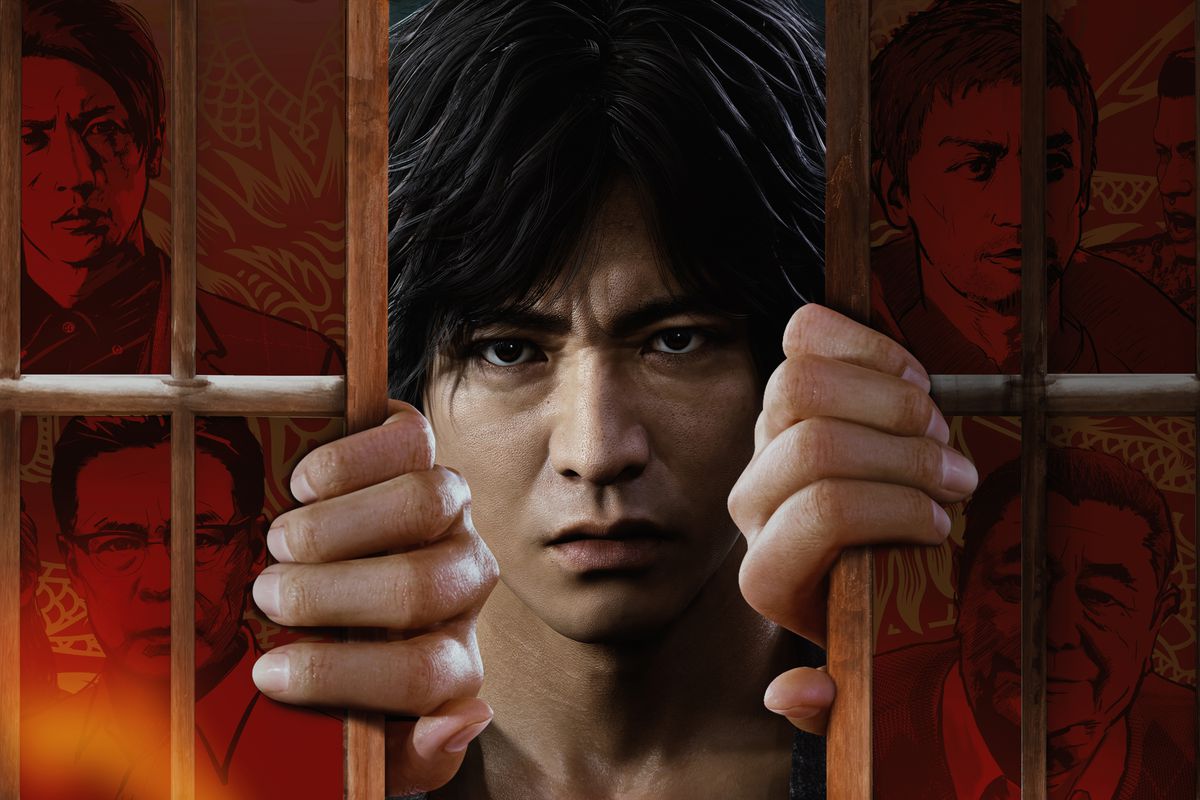 Verdict
With its dedication to fantastic storytelling and some innovative tweaks to its gameplay, Lost Judgment is guilty of being a damn good game. The sentence? Continued love and adoration from its fans, case closed.
9
Cultured Vultures is a pop culture website established in 2013 covering all things gaming, movies, and more. We eat your words.
All The News On The Biggest Games