One of the funniest and most heartwarming movies you'll see all year. 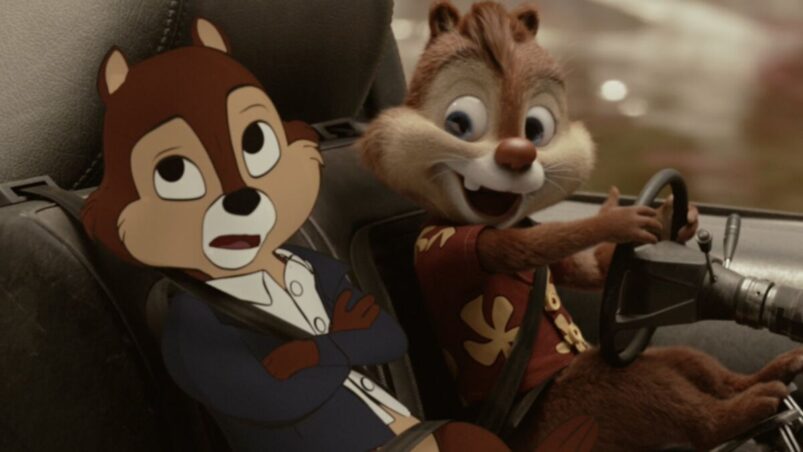 While the movie makes plenty of references to the original Rescue Rangers show, the two have almost nothing in common tonally — the show is a very kid-friendly adventure show, while the movie is a buddy action comedy film filled with pop culture references. It’s not what you would expect from a Chip n’ Dale reboot, but in many ways, it’s even better. Disney could’ve easily played it safe with a fun but forgettable adventure film, something like The Rescuers, but instead they decided to take a risk, and it’s a risk that pays off.

Let’s start with the film’s biggest selling point: its live-action/animated meta nature. Following Who Framed Roger Rabbit rules, the movie takes place in a world where cartoon characters are paid actors who just happen to live in the live-action world where they interact and co-exist with humans. Unlike Who Framed Roger Rabbit, Chip n’ Dale leans far more heavily on meta humor. There are jokes here about different animation styles, bootleg animated movies, and even several directed not only towards the original Chip n’ Dale show but numerous other Disney properties as well.

Not since Enchanted has Disney been so gloriously self-referential and not since Who Framed Roger Rabbit has Disney been so referential to animation in general. Many of the film’s biggest laughs come from simple name drops — not to spoil anything but there are several references to both Disney and non-Disney properties that you’ll find hilarious. This is a very funny film with humor you won’t find anywhere else, resulting in what’s sure to be one of the most memorable comedy films of the year.

Thankfully, the film delivers not only in humor but has heart as well. This is a film that focuses heavily on friendship, and in a world where romance is the relationship that gets all the movies, songs, series, and books, any piece of media that decides to focus on friendship instead is a noteworthy and welcome one. Luckily for Chip and Dale, their friendship is done really, really well. In the first three minutes alone, the film manages to establish a wonderful friendship between the two, so much so that you might even find yourself tearing up during the beginning montage.

As the film goes on, of course, we learn that it wasn’t a perfect friendship and that their drifting apart wasn’t just because of the passage of time, but throughout the runtime, you’re still actively rooting for these two. You want them to forgive each other and be friends again. There are some real genuine and heartwarming moments here, and much like Sonic the Hedgehog 2, the film proves that a film about friendship can be just as emotionally affecting and satisfactory as one about romance.

A huge reason is because Chip and Dale both come across as likable characters, which can be said for every character in this film, even the villains — these are characters you want to spend your time with. The voice actors all give great performances as well, with Andy Samberg as Dale and J.K. Simmons as Captain Putty being particular standouts.

All in all, Chip n’ Dale: Rescue Rangers is a must-watch for anyone who considers themselves an animation geek, as well as anyone who loves a good dose of meta humor. There really is a lot to like about this film – it’s funny, nostalgic, and best of all, made with a lot of heart. It doesn’t matter if you’re a fan of the show or not — Chip n’ Dale: Rescue Rangers is a guaranteed good time for anyone interested. 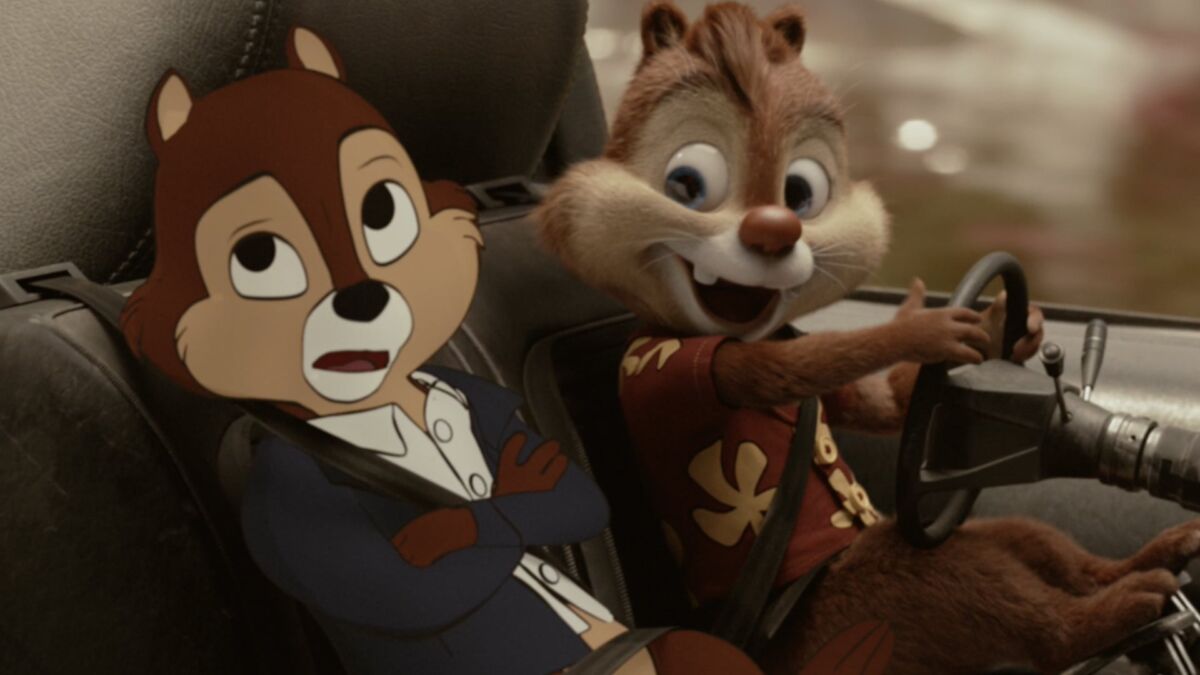 Verdict
Chip n' Dale: Rescue Rangers gloriously revels in its self-referential nature while still being a heartwarming celebration of friendship, making it a must-watch for animation geeks everywhere.
9
Cultured Vultures is a pop culture website established in 2013 covering all things gaming, movies, and more. We eat your words.
All The News On The Biggest Games