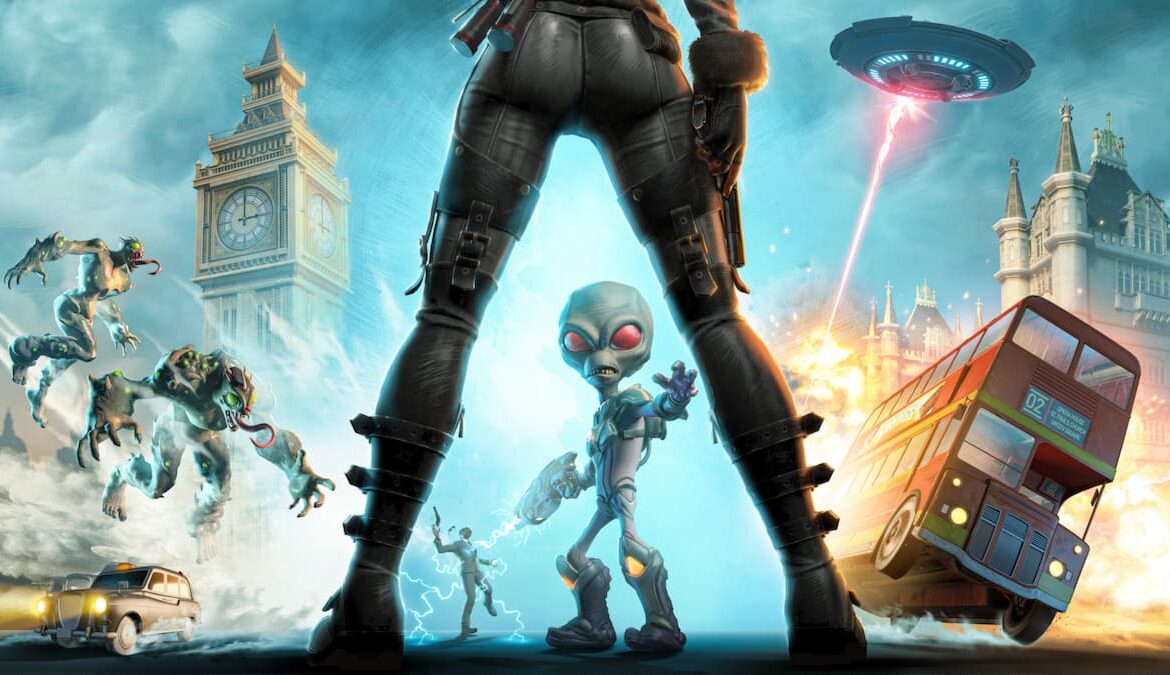 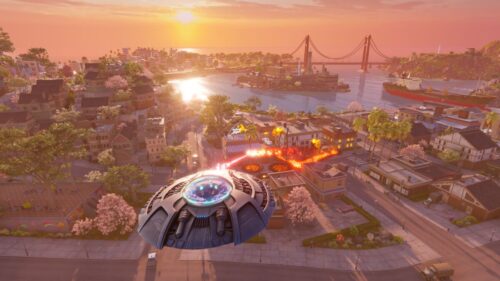 After subjugating most of America in the first game, it’s now the late 1960s and Crypto finds himself in the crosshairs of the KGB, who may have some otherworldly backing of their own. With the Russians taking out the Furon mothership, Crypto launches a global crusade to make the Russians pay. Oh, and he also forms a sex cult devoted to an ancient alien called Arkvoodle. It was the style at the time, you know?

Players travel to five different areas, each with their own visual style, civilians and missions. Along with the main missions, you’ll take on side missions to establish your cult, or complete odd jobs where you take out assassination targets, or ruin someone’s life by getting them fired from a job. Destroying all humans doesn’t mean they all have to die. There’s more than one way to skin a cat, or destroy someone’s life.

Pretty much all the tools you had to play with in the first game return, along with a few changes and additions. Instead of creating a hologram version of a human, you now just straight up bodysnatch people, which streamlines any stealth sections in the game somewhat. Players can also use the Free Love ability to aid their stealth antics, invoking a dance party in their immediate location so they can make their escape easily.

The gameplay itself is pretty fun, even if the lock-on still has a tendency to focus on the explosive barrel behind the enemy you want to use PK on. The S.K.A.T.E. ability, which was added to the first remake, makes a return here and it’s still excellent, offering a traversal ability that’s both useful and fun. Or funny at least, as you collide with random humans and watch them ragdoll everywhere. Endless enjoyment.

While the gameplay is great, some of the missions can be a bit of a nightmare, as there’s a number of them where you have to escort someone who walks at the speed of a glacier halfway across the map. Destroy All Humans! 2 – Reprobed does feature optional objectives, which can add a little bit of spice and fun to some missions, though a couple are rather annoying. Trying to get AI to kill each other can be a real pain.

While they’re not new, as they were key aspects of Crypto’s arsenal in the original game, weapons like the Dislocator and Meteor Strike add some extra chaos and destruction to the overall experience. Seeing enemies and vehicles being ping-ponged around because of the Dislocator never gets old, while raining down hell from above with the Meteor Strike lets you enjoy the improved destruction effects. Sure, the buildings get toppled in the same way as they did in the previous game, but the explosions and dust look great.

One “new” aspect that’s not quite as enjoyable is the Gene Blender. In order to upgrade your PSI powers, you need to hop in your saucer and abduct humans of a certain type, like cops, hippies, KGB agents and more. By comparison, all you needed to do in the first game was grab some brains and use that sweet DNA to improve your abilities. Going through the Gene Blender process is a lot more annoying because you have to go out of your way to obtain those upgrades, making it feel like you’re being forced to jump through hoops for no reason.

This Gene Blender mechanic was present in the original version of Destroy All Humans! 2 as well, but it’s one big change from the first game to the second that might be a sticking point for those who only played the remake of DAH! 1. It’s not the most egregious change in the whole world, but it’s definitely one that slows down the flow of the game significantly, like a boring chore you get out of the way when you first arrive at a level before moving on to the more fun parts.

The biggest problem with Destroy All Humans! 2’s relationship with the original game is that it feels aggressively mid-2000s in its tone, especially the humour. The first game had a clear focus, as it parodied 50s Americana and McCarthyism, in between all the butt probing at least. Destroy All Humans! 2 on the other hand finds itself stretched thin by its international premise.

The game relies on purely lowest common denominator jokes and stereotypes, especially with the Japanese level, Takoshima. There’s enough uncomfortable Asian impressions in that section that it feels like Mickey Rooney served as the game’s cultural consultant. Meanwhile, half of the main story sees Crypto being as chauvinistic as possible while trying to court the Russian secret agent/not Black Widow rip-off Natalya. Sure, Crypto’s a villain who hates humanity, so him acting like a sexist makes a weird kind of sense, but I just found myself hitting skip during these conversations.

Destroy All Humans! has never been a series that wants to be taken seriously, and these jokes are the product of 2006, not 2022. However, Black Forest Games has proved they’re willing to upgrade and change certain aspects of the series’ formula to bring it up to speed with modern times. If nothing else, redubbing some of the lines so it doesn’t sound like Yuri Lowenthal doing a bad Asian impression would have gone a long way. The jokes themselves are tame, it’s the voices and impressions that’ll see you reaching for your collar.

Destroy All Humans! 2 – Reprobed also suffers from a fair share of glitches. The opening level in particular sees the game running on reduced frames, despite running on an Xbox Series X. Meanwhile, there’s consistent bugs like UI elements not disappearing or refusing to appear, Crypto being unable to exit his saucer, cars flying into the sky for no reason on the Solaris map and more. On the whole Destroy All Humans! 2 is quite the janky game, and while some of it works in its favour, given the general chaos the gameplay offers, others are just frustrating.

As remakes go, Destroy All Humans! 2 – Reprobed certainly improves on the original game with updated controls and gameplay mechanics. However, the mechanics, ideas and jokes shown in the sequel make it inferior to its predecessor. If you enjoyed the first remake, chances are you’ll have fun with this, but something isn’t quite landing in the same way the second time around.

A digital copy of the game was provided by PR for the purposes of this review. 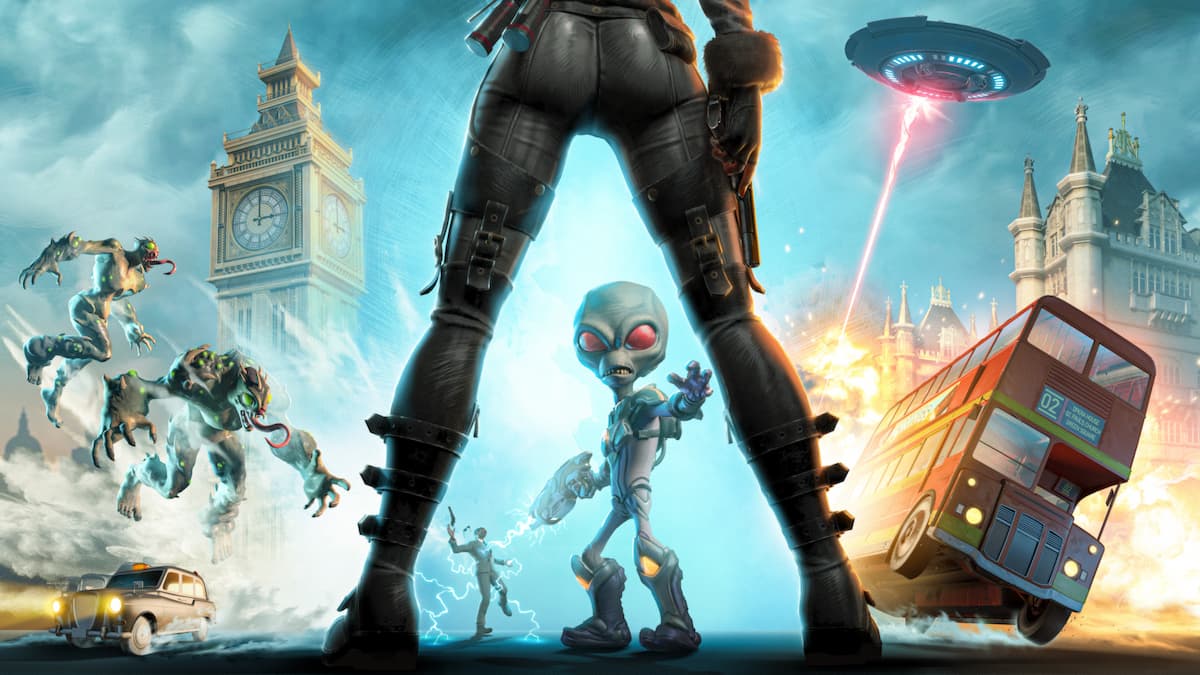 Verdict
Destroy All Humans! 2 - Reprobed brings the original title into the modern age, and while the gameplay is massively improved, some bad ideas, dated jokes, and an abundance of glitches mar the overall experience.
6
Buy on XboxBuy on PS5
Cultured Vultures is a pop culture website established in 2013 covering all things gaming, movies, and more. We eat your words.
All The News On The Biggest Games