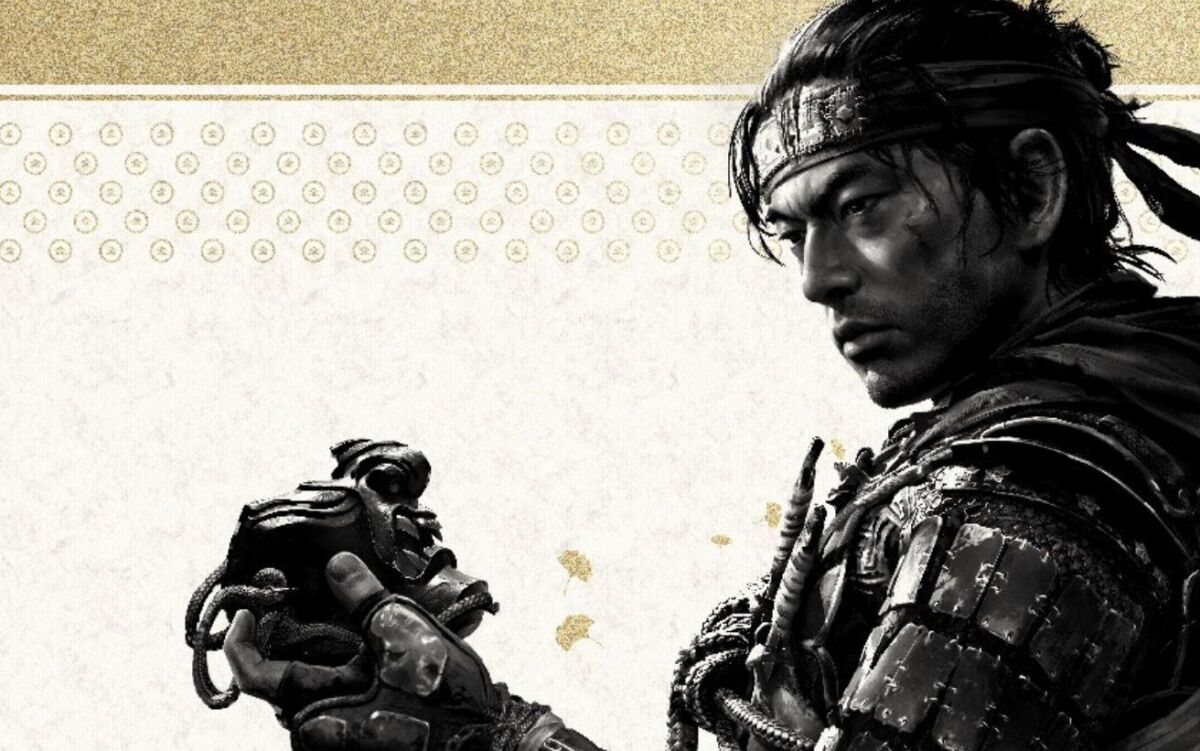 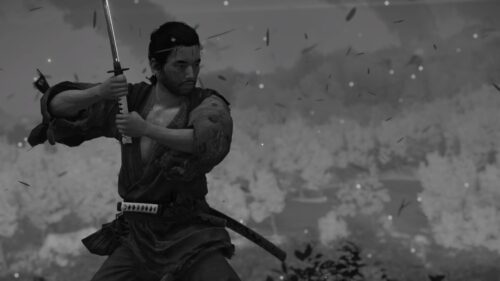 Describing Ghost of Tsushima as “Samurai Far Cry” sounds like it should be an insult. Tsushima doesn’t really add anything new to the open world genre, it’s not a grand innovation, nor is it breaking new ground. The formula has been seen so many times before, and yet, the pieces come together to create a game that’s a struggle to tear yourself away from. Samurai Far Cry is an accurate description, and Ghost of Tsushima owns it to become one of the most engaging open world games on PS5.

Having already launched on PS4 last year to incredible success, Sony and Sucker Punch have updated Ghost of Tsushima for PS5 users with the Director’s Cut. Although it’s a real shame that a lot of the features of the PS5 version were locked behind a paywall for even those who already owned the game, it feels like the Director’s Cut is aimed at PS5 owners who never played the game before. On that front, it excels.

Playing as Jin Sakai, one of the few samurai survivors of the Mongol invasion of Tsushima, you’re tasked with rallying the remaining troops to try and mount some kind of resistance. However, the utter savagery of the Mongols forces Jin to assess the samurai code of honour he swore to uphold, leading him down a darker path in the pursuit of a greater good.

It’s a narrative that touches on themes that have been explored in the past. When your very survival is at stake, is it more important to die with honour, or do everything possible, even if it means condemnation, in order to win? It’s classic Nietzche: “Beware that, when fighting monsters, you yourself do not become a monster…” Ghost of Tsushima does a good job of arguing both points.

The Mongols are able to dominate the islanders because of the samurai’s rigid adherence to their code, and while breaking that code to defeat the Mongols might yield a short term victory, it’ll potentially create a more savage society once the Mongol threat is eliminated. There’s a case for both sides, though I’d be lying if I said I wasn’t fully supporting Jin throughout the game. Screw the code.

Sucker Punch could have easily played this into a morality system between samurai and Ghost, but they wisely made it an evolution for Jin’s character. Being able to choose between honourable and dishonourable actions might have added some replay value to the game, but it would have ruined the story. This is about Jin’s journey, his evolution even, and what that means for the samurai, the island of Tsushima, and all who stand in his way. It’s pretty compelling stuff.

As for the gameplay, it follows the same kind of formula that’s been seen in many open world games in the past, particularly of the Ubisoft variety. There’s outposts to clear, collectibles to find, weapons and gear to upgrade and plenty of quests to complete, and sometimes the sheer amount of stuff to do can be a bit overwhelming. Seeing lots of quest icons or question marks on the map can sometimes lead to decision paralysis, and for the most part, you’ll have seen the majority of your gameplay loop by the end of Act 1, but there’s something inherently satisfying about seeing a map slowly completed.

It also helps that Ghost of Tsushima: Director’s Cut both looks and plays phenomenally. The island of Tsushima, with its vibrant flora, tumultuous weather and gorgeous vistas, is one of the prettiest open world sandboxes you’ll ever have the luxury of playing around in. Features like Photo Mode were built for a game like Ghost of Tsushima, and you’ll often spend more time just gawping at the landscape than actually fighting dudes.

As for the gameplay, Ghost of Tsushima manages to, for the most part, brilliantly mesh two kinds of combat into one game, making both options equally viable. The core swordplay is simplistic yet challenging in equal measure. You’re able to switch between four sword stances, each of which have strengths against certain Mongol weapon types, meaning you’ll have to master the blade effectively in order to win, especially as the Mongols and bandits throw every trick in the book at you.

The stealth gameplay isn’t quite so brilliant, but there’s still plenty of fun to be had hiding in the tall grass and assassinating people as they walk past. Considering the fact it takes until the end of Act 2 to get a proper stealth tutorial as “The Ghost”, it’s no wonder the stealth doesn’t feel as good. You spend 40 hours fumbling around in the dark, only to finally be given the armour that makes stealth so much more enjoyable.

While upgrades for both styles of gameplay are awarded throughout the game, it’s the stealth sections that seem to benefit the most from those upgrades, with chain assassinations being a huge help when clearing encampments. Both systems could be accused of feeling a little barebones in the early going, but once the upgrades and new tools to play with start pouring in, the gameplay opens up to become this wonderful ballet of death.

Though newcomers may be impressed with the Director’s Cut, it might be a tougher sell for veteran players who completed the game on PS4, though there are a wealth of upgrades for the PS5 version that make it worth it. Honestly, just the boost to loading times is a worthwhile upgrade on its own, allowing you to fast travel around the island incredibly quickly. You’re going to be more motivated to 100% all the collectibles and icons on the map when you can travel there in half a second.

The DualSense controller is also given quite the workout, accurately capturing the feel of walking through grass and flower beds, or the sounds of blades crashing against each other. The adaptive triggers also help sell the differences between the two bows, with the stronger Longbow offering more resistance when pulling the trigger. It was a bit of a surprise to hear traditional Japanese singing coming out of the controller the first time I composed a haiku, but it helped the serene atmosphere Ghost of Tsushima was trying to create.

However, the biggest addition is the Iki island expansion, which adds a brand new island and story campaign to the game, along with more gear to discover. Iki island sees Jin travelling to the site of his father’s death to deal with a dangerous faction of Mongols, the Eagle Tribe, who are threatening to subjugate the entire island under their rule. Their leader, The Eagle, poisons Jin with a drug that induces hallucinations, leading to some trippy experiences throughout the story.

Iki island is a worthwhile addition to the overall package, with The Eagle’s poison serving the general purpose of making the tribe’s matriarch feel like an omniscient threat, but it also offers a unique view into the fractured psyche of Jin Sakai. This is a man who blames himself for his father’s death which took place on Iki island after a failed attempt to subjugate the locals.

He’s wrapped in self-hatred for his failure to act and save his dad, he’s angry at the Iki island residents, he understands that the Iki natives hate the samurai and would sooner open his throat that ally with him, but he’s trying to hold all of this together as part of his duty to drive out the Mongols. The main story was already brutal on poor old Jin, but while the main game is Jin versus the Mongols (and the samurai code), this is Jin versus himself, and the ghost of his father.

The story isn’t exactly a necessary addition to the overall Ghost of Tsushima package, but it is still a brilliant exploration into the past of a character that’s only really hinted at within the main story. To be able to see Jin grapple with the past, and attempt to come out the other side a stronger man, is great to see.

The gameplay remains pretty much the same, aside from some new collectibles and activities to find while on Iki, such as sanctuaries where you can play the flute for animals, or archery challenges that allow you to flex on the natives. Narratively, Iki island goes in a different direction, but everything else follows a more of the same approach, which is completely fine if you already love the main game.

Iki’s smaller play area means it’s a decent 10 hour addition to the game, but whether that’s enough for lapsed players to come back is unclear. However, the DLC is aimed at players who have already finished the game, as it does take place after the events of the main game. The Mongols on Iki are stronger and smarter than anyone on Tsushima. I found that one out the hard way, jumping in to the DLC first chance I got at the start of Act 2 only to get destroyed early on. The chanting shamans who buff the Mongols attacks are a pain to deal with, while the prevalence of weapon switching warriors will keep you on your toes.

On top of the Iki island expansion, there’s also the multiplayer Legends mode, which lets teams of up to four join together as legendary warriors, battling against evil demonic forces. Granted, Legends was released as a free update for the PS4 game, so it’s not technically new, but this might be the first chance lapsed players would get to play it, and while it’s decent (the same stealth and combat, but with more players and supernatural abilities), it is a little superfluous. Legends really doesn’t need to be in the game — it’s just nice that it is.

Ghost of Tsushima: Director’s Cut is a wonderful open world game that’ll appeal the most to players who never managed to experience the game on PS4, with the next-gen enhancements and new content really adding to the game’s value. However, if you’ve already played Ghost of Tsushima on PS4, it might be a bit tougher to convince you to make that return trip.

A code for Ghost of Tsushima: Director’s Cut on PS5 was provided by PR for the purposes of this review.

READ MORE: Ghost of Tsushima: How To Pet Cats

Verdict
While PS4 veterans might not get as much value from the re-release, Ghost of Tsushima: Director’s Cut is a wonderful showcase for the PS5 and an incredible package for newcomers.
9
Cultured Vultures is a pop culture website established in 2013 covering all things gaming, movies, and more. We eat your words.
All The News On The Biggest Games