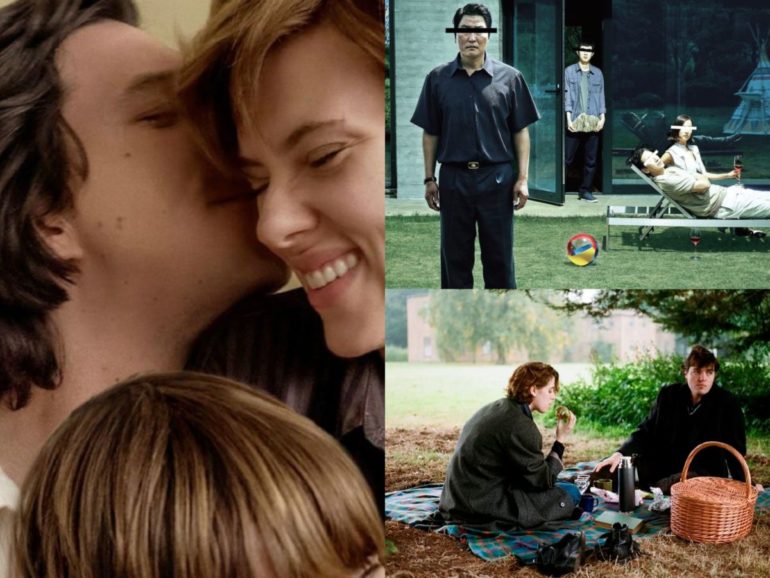 As we approach the end of the year, a list exploring the 10 best films of 2019 is a must-have. This list is by no means definitive. There are late December movies which I feel could potentially belong on the list, and no, I don’t mean Star Wars. Films like Little Women, Bombshell and Uncut Gems have yet to receive a wide release, and Little Women and Uncut Gems are already being resoundingly praised in early reviews. So yes, ask me again in January and I might feel differently. Many of the selections I made during the half year mark were also dropped in favour of newer movie releases.

Then there are the movies that I liked, like Quentin Tarantino’s Once Upon A Time in Hollywood (a tad indulgent), Rian Johnson’s Knives Out (fun, but does it have rewatch quality?), Ari Aster’s Midsommar (Aster has yet to master the third act) – all good movies that could very easily be on the list, but lost out in comparison.

It has been a good year for Netflix, with the company proving that they can offer quality movies like Roma yearly; there is much to reap come awards season (Marriage Story already has 6 Golden Globe nominations). Without further ado, let’s leap into the 10 best films of 2019.

Mad props need to be given to A24 for their consistent investment in debut filmmakers as well as their support of the indie. As proven by the performance of Ari Aster’s Midsommar at the box office after Hereditary put him on the map, audiences do want thoughtful, well-made movies.

The Farewell is the debut film from director Lulu Wang, influenced by her own life experiences, a fascinating examination of an Asian woman grappling with two identities – being American and Chinese. Billi’s grandmother is dying from lung cancer, but the whole family keeps this truth from her, and visit her on the pretext of celebrating her cousin’s wedding. The way Wang combines the spaces of death and celebration is unsettling and wonderfully done. She also explores the themes of identity and the dislocating experience of being an immigrant.

Awkwafina, whom I have only seen in comedic roles, does an excellent job in this more dramatic role. The ensemble work well together as well, giving the film a familial as well as cultural authenticity.

I didn’t expect to like Hustlers as much as I did; I certainly did not expect to feel the urge to install a pole in my house after watching the movie – it was a short-lived desire as I remembered my lacking motor skills. Jennifer Lopez delivers a career best performance here, and the cast have great chemistry together as well. It is a film that showcases female friendships and female spaces.

The colour palette of the film is so visually interesting, from the purple glitzy hues of the nightclubs to the beige interiors of their homes, the switch from places of lap dances and sex to spaces of normalcy and camaraderie. These were regular women who just wanted to make a living, for themselves and their children, and the fact that it is based on real events and real people just makes it more of an engaging watch.

Similar to The Farewell, this is also a debut film from director Olivia Wilde, and what a home run she hit on her first try. Forget Tall Girl or whatever teen movie Netflix is peddling this week, Booksmart is the best teen movie since Greta Gerwig’s Lady Bird, and it has the bonus of being more relatable and relevant. For the first time, we have a main teen protagonist who is a openly lesbian, whose sexuality isn’t made to be the point of the movie.

There is the dismantling of stereotypes, where you can be popular and smart, and how great friendships can tide you through anything. Wilde understands the experience of being a teen in 2019, just as John Hughes captured the essence of teen life in the 80s. Also, that swimming pool scene is just beautiful work.

As I predicted, Joker is one of the most divisive movies of the year. All you need to do is have a look on Rotten Tomatoes to see the difference between the critics and audience scores. It is the biggest R-rated movie of all time, besting Deadpool to take the crown. With a box office showing of over a billion dollars, and becoming the 6th highest grossing movie of the year, Joker clearly did some things right.

Joaquin Phoenix delivers a riveting performance in the titular role, it is well-directed, the cinematography is sweeping and majestic and brilliantly showcases Arthur’s descent into madness. The issue is the paper thin script, which could have used more subtlety and nuance, especially when engaging on mental health and social class topics. However, it certainly has enough commendable qualities to land itself on the list.

Thanks to Netflix, who bought the worldwide rights to Atlantics after the film’s stellar performance at the Cannes Film Festival, we now get to see this wonderful film, which might not have gotten such a wide international release otherwise. I have always been a fan of genre blending and unique storytelling, and Atlantics has both by the truckloads.

It is a love story as well a ghost story, delivering a Senegalese Gothic tale that leaves the viewer floating in its hypnotic atmosphere, and serves to unsettle with the horror elements it plays up. This is the debut feature film for director Mati Diop, and is the third film on the list that is a debut from a female filmmaker. It is exciting to know that 2019 has birthed all these strong movies, with such variety in expression and setting.

The Souvenir may frustrate a lot of viewers, because it is a tale that shows you the periphery more than the main action. The pieces are handed to the viewer to string together, and while this isn’t everyone’s cup of tea, structurally it is one of the more interesting films for me in 2019. It explores young love, addiction, dreams, storytelling, all done in such a compelling manner.

There are certain set pieces that are recurring in the movie, like the bed, the tearoom, the capturing of the kitchen and the living area in one frame. Director Joanna Hogg also drives home a meta quality to The Souvenir, given the constant fuzzy home video type of moving images that show up at times. She wants us to attain a kind of distance in the viewing of the film, so we can work out how all the bits work together, yet we are inevitably pulled into the narrative because of the painfully real emotions involved.

Taika Watiti’s Jojo Rabbit is satire at its finest. His ability to balance comedy as well as address real life horrors is skillful stuff, and establishes the importance of history in understanding and shaping the world we live in today. He fleshes out the absurdity of war, and the arbitrary nature of othering and discrimination.

Jojo Rabbit is a beautiful, cheerful offering, and its message is especially salient considering the increasingly divided world we are dealing with. As Scarlett Johansson’s character says in the movie: “Life is a gift. We must celebrate it. We must dance.”

The strongest part of Marriage Story lies in its lead actors. Adam Driver and Scarlett Johansson deliver such poignant performances, with the movie providing them with the spaces to showcase their acting chops. It is heartbreaking to see the distance that gradually forms in the couple’s relationship with one another, yet they are unable to completely walk away, compelled to do what’s best for their son.

For the first time we get both sides to a story of divorce, and it feels so startlingly intimate as the pair bare it all emotionally for the camera. We witness the dying of a marriage: the all-out fury, the quiet more reflective moments, and the emanating despair felt as the two try to come to terms with where everything ends up. Still, we end the movie with the knowledge that they will continue to always love each other in some way, even if it doesn’t make sense anymore.

It is no surprise that Martin Scorsese’s The Irishman is on a top 10 movie list. After all, most of the man’s movies were top contenders during awards seasons. The Irishman is no exception. At 209 minutes, this movie is certainly no light viewing, but every single minute is necessary and the film manages to be well-paced. Regardless of the screen you watch it on, since The Irishman is on Netflix and received a limited theatrical release, there is without a doubt that Scorsese’s film is the most excellent form of cinema.

It is a masterclass in directing, acting and storytelling. The Irishman is a contemplation of morality in the face of mortality, and the consequences one lives with after a life of violence.

It may seem blasphemous for me to rate any movie higher than Martin Scorsese’s The Irishman, but Bong Joon-ho’s Parasite is just that good. The way every very single detail in the movie adds up to a bigger revelation later on, Bong’s incredible skill in balancing horror/suspense elements with comedy, his stylistic touches with levels and interiors, as well as the nuanced and expansive discussion of social class and belonging. I cannot praise this movie enough, especially the level of engagement it is able to create in the viewer despite the language and cultural barrier.

I could wax lyrical about this movie all day, but that would involve me spilling details that might spoil the movie for you if you haven’t seen it. So I shall restrain myself and simply urge you to watch it. I am certain you will see the merits and stellar quality of the film, just as I have.