Why Booksmart Is One Of The Most Important Movies Of 2019

With pop-culture references and comedic beats that feel modern and fresh, Booksmart is the movie epitome of 2019 youth culture. 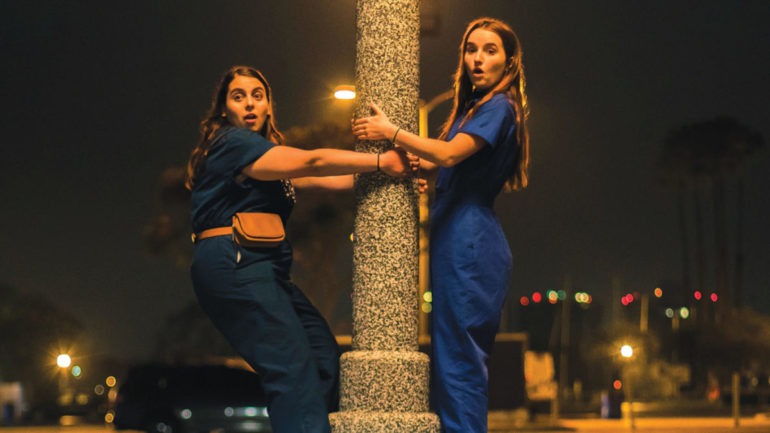 Booksmart is easily my favourite film of 2019 so far. Director Olivia Wilde delivers a vibrant, joyous and memorable coming-of-age flick, which effortlessly combines a layered celebration of youth culture in modern western society, with a constant stream of ingenious comedy that can be enjoyed for generations to come. The film’s positivity towards the intelligence, independence and open-mindedness of younger generations makes it one of the year’s most important films, acting as a vital watch for audiences of all ages in today’s seemingly negative social climate.

In the Summer 2019 issue of Empire magazine, Wilde stated that she wanted Booksmart to become a timeless movie with a 2019 feel; much like films such as The Breakfast Club and Clueless, which are unapologetically emblematic of their eras but have been enjoyed by countless audiences in the decades since their release. This is achieved with ease, with Wilde and her writing team creating scenarios that are amusing to all audiences, while peppering the movie with modern pop-culture references that can only truly be enjoyed by today’s generation.

There are many moments that demonstrate the writing team’s comedic ingenuity – such as one scene in which Amy (Kaitlyn Dever) and Molly (Beanie Feldstein) break into a pizza delivery guy’s car in an attempt to obtain information on a party they’re desperate to attend, before getting a hilariously awkward and embarrassing lecture from said delivery guy on the craziness and naivete of their decision-making – and can be appreciated by audiences of all ages and eras.

The comedic ability of Dever and Feldstein is remarkable, both delivering hilarious moments with greater subtlety than many more senior comedic actors in the business. At 22 and 26 respectively, these are two of the break-out stars of the year, and I expect that both will become big figures in the industry in the near future.

Yet through the film’s casual use of pop-culture references and inside jokes, the writers manage to instill a modern feel into the movie, helping to develop an underlying feeling of exclusivity for today’s generation. There are many moments throughout the film, such as Principal Brown (Jason Sudeikis) mistaking pornographic noises for Cardi B’s music, or the use of Malala as the leading duo’s safe word, that demonstrate an unmistakable tribute to today’s youth – helping to ensure that this timeless comedy remains symbolic of its era.

This film also celebrates the intelligence and independence of today’s younger generations. Where previous teen comedies such as American Pie rely on the stupidity and absurdity of its characters for easy laughs, this film relies on two unapologetically smart, confident young adults, making the comedy much more sophisticated and the lead characters much more interesting.

Even the more traditionally ‘cool’, rebellious characters are intelligent, with Molly Gordon’s character of Triple A (given this name after allegedly performing sexual acts in a car) demonstrating that young women can be both sexually free and academically hard-working, and Skyler Gisondo’s Jared showing that even on-the-surface slackers have deeper, more emotional thoughts and desires.

The depth of such characters, who are often presented as shallow stereotypes, demonstrates Wilde’s appreciation of younger people’s willingness to have fun and be independent, while continuing to work hard and improve themselves as people. The days of cool people avoiding academic achievement are discarded here; young people can be both smart and self-governing, and that is something to commend.

The celebration of today’s youth is also seen through Wilde’s focus on the open-mindedness of its characters. In an interview with The Guardian, Wilde stated that she wanted to celebrate the tolerance of diversity from today’s youth in modern western culture. Through placing a strong focus on representation within the film, Wilde and her team are seen to applaud the progress that has been made by the younger generations in society.

This includes having two female leads, one of which, Amy, is homosexual. While Amy’s sexuality is a vital component of her personality, her story is not solely defined by it; the film allows her to be refreshingly open with and proud of her sexual preference, avoiding the typical coming-out narrative that is assigned to many homosexual characters in teen movies. The film also instills extensive LGBT representation, outside of Amy, through several other unique, interesting characters, avoiding the one-dimensional stereotypes that are found in many other films.

Hollywood has been slow to embrace, and properly represent, diversity on the big screen. While females make up 51% of moviegoers, only 28% of the 1,200 highest-grossing movies between 2007-2018 featured female leads or co-leads. Further to this, only 15.5% featured an underrepresented lead or co-lead. This is indicative of a wider societal problem, where women and minorities are still disadvantaged compared to straight, white males. Yet this movie is seen to embrace the progress that has been made, and uses its platform to encourage further progress in the future – suggesting that younger generations are more willing to embrace diversity and a tolerant society, and applauding them for doing so.

Booksmart also instills representation and diversity into its crew, with extensive female representation found behind the camera. Women were chosen to direct only 4% of the top 100 grossing films in 2018, so the instalment of Wilde as director is in itself positive. Yet the establishment of a writing team comprised solely of four women is cause for further praise, considering only 15% of 2018’s biggest movies employed female writers. There is still undoubtedly massive progress to be made, but this movie is certainly another step in the right direction – vividly demonstrating to film executives the benefit of having more female filmmakers in modern cinema.

Through applauding the intelligence and open-mindedness of today’s younger generation and instilling a diverse and representative crew on both sides of the screen, Booksmart has become one of the most important films of the year. And through interweaving objectively ingenious humour with pop-culture references and comedic beats that feel modern and fresh, Booksmart is the movie epitome of 2019 youth culture. If you haven’t seen it already, pick it up on DVD this month, and celebrate the progressive youth of today.