Social Class and Belonging in The Talented Mr Ripley and Parasite

"It's better to be a fake somebody, than a real nobody!" 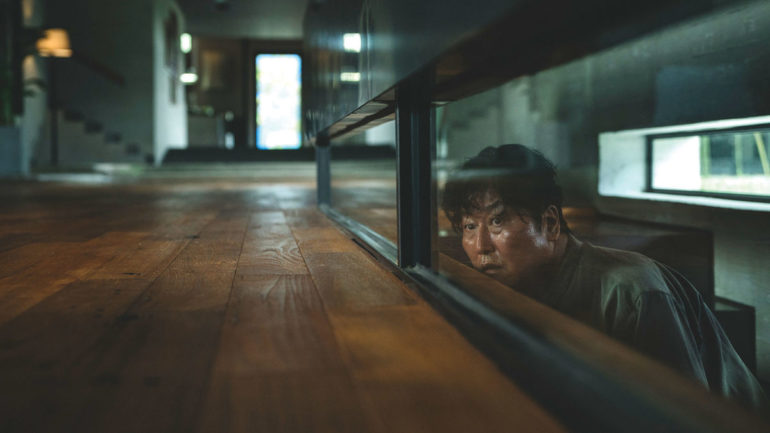 It has been 20 years since Anthony Minghella’s The Talented Mr Ripley came onto our screens, and while Minghella is known more for his Oscar winning movie The English Patient, The Talented Mr Ripley is a strong and frankly underrated effort. As I began to pen a piece to chart its 20th year anniversary, I realised the similarities it shares with Bong Joon-ho’s Parasite, a modern contemplation on class and the impossibility of upward mobility – unless achieved through cunning and deception.

In The Talented Mr Ripley, protagonist Tom Ripley (Matt Damon) cons his way into becoming a part of Dickie Greenleaf’s (Jude Law) life. He likes everything Dickie likes, to the point where it is so nauseatingly try-hard that Dickie begins to distance himself from him.

Because Dickie is the one with the wealth and the means in the friendship, this allows him to control its direction and expectation, and when Tom falls short of this, he is coldly removed without any sentiment. Tom also crosses the limits of the friendship by trying to seduce Dickie in the bath. There are limits and boundaries that separate the haves and the have nots, and once there is a perceived crossing of said boundary, the inferior individual is put in his place.

In Parasite, when Ki-taek (the father) casually mentions that his employer must love his wife, trying to find commonality in the shared family values that they have, the man shuts him down and reminds him of the line that mustn’t be crossed. The lower classes are thus viewed as objects of entertainment (Tom Ripley) or service providers (Ki-taek and his family).

But you see, in order to even embody such positions in the lives of the wealthy, Tom Ripley and the Kim family take on layers of deception. The first time we see Ripley he is wearing a borrowed jacket, pretending to be someone he isn’t. He tries to ingratiate himself in Dickie’s world, learning to love Jazz because Dickie does, becoming an ally of sorts by helping Dickie to rebel against his father.

The Kim family also engage in large scale masquerading, the son and daughter teaching when they don’t have the qualifications, the hiring of the mom and dad with working experience that does not really exist. Because of their proximity to the rich, they are able to indulge in what these spaces offer – the access to luxuries and social connections.

A problem emerges when the deception then becomes a layer that prevents the social mobility that was so greatly desired. In the end, Tom Ripley found someone who loved him for who he is. He doesn’t need to hide or pretend, Peter Smith-Kingsley (Jack Davenport) loves him, the real him. However, Peter knows him as Tom, while others know him as Dickie, and it comes to a point where Tom has to kill him in order to protect himself. This is the tragedy at the heart of the movie, for just when Tom thought he has finally found a place of belonging, it is ripped away from him because of the tangled mess he has created.

It is the same for the Kim family. They believed they had reached a good place in their lives, as they ate and drank freely in the Park family’s house when the family was away. But then they are forced to scurry back to their home, in a fantastic sequence where they move from the elevated plane of the mansion to the lower level of their housing, moving like cockroaches as they make their descent.

Bong Joon-ho further plays up the contrast between the upper and lower class, with the filth and sewage emerging and taking over their home as the Kim family try to salvage their belongings, only for us to move to the painfully white setting of the birthday party at the Park house. After suffering such a traumatic event, they are forced to playact for the Park family, with smiles and feigned happiness.

It is painful to realise that all progress made in climbing the social ladder is for naught. The reactions also manifest in some form of violence when this revelation is discerned. For Tom, as he tries to talk sense to Dickie in the boat, he quickly begins to see that Dickie has already written him off, that nothing said would make any difference or impact.

He views this as a callous decision on Dickie’s part, because it is made so casually, not caring how it would impact Tom’s life. So when he kills him, it is a crime of passion, anger at Dickie for not having accepted the masqueraded persona, and also fury at himself of not being able to measure up.

In the climatic moment of Parasite, Ki-taek also sees the careless behaviour of the rich, and their myopic world view, which doesn’t extend to anyone beyond their immediate social circles. His daughter lies there bleeding to death, but there is no sympathy or offer of aid, only hysterical concern for their son.

There is also anger at himself, of being unable to remove the smell that distinguishes him as someone who is inferior. It is especially poignant, because in a moment where Dong-ik (the father of the Park family) is concerned about his son, he still cannot help but show his disgust for the smell that emanates off Geun-se’s (the squatter in the Park home) lower class body.

Two movies, 20 years apart, with different cultural settings, and the message remains very much the same. Are we forever determined and limited by the roots of our social class? Parasite seems to be saying yes, since we understand that Ki-woo’s (the son) desire to buy the house and liberate his father is a pipe dream.

Social mobility is only possible if one is parasitic, leaping onto the flesh of the wealthy, eating their way into connections, through marriage or other means, with artifice being the main tool in hand. Ripley’s story is a different one, since it continues into a sequel of sorts with Ripley’s Game, where we meet an older Tom Ripley played by John Malkovich, who has beaten away the wounded brokenness that seems to have pervaded his youth. He is cold, calculating, and results to violence freely when things do not go his way.

He is now a wealthy man, and seems to have attained the social position he so yearned for in life. Yet, within the very first social gathering of the movie, he overhears the host telling everyone assembled: “That’s the trouble with Ripley. Too much money and no taste.” So you see, he might have made it to the top, but he is still unable to shake his outsider status, doomed to forever search for somewhere to belong, but never really find it.