A tiny bit of horror and a whole of space 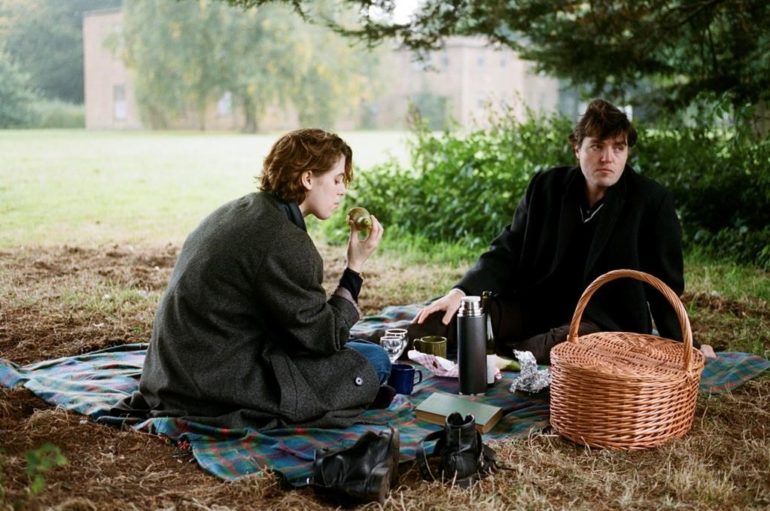 Now that we have gone past the mid-point of the year, it’s time to do a movie check-in on some of the best movies 2019 has given us so far. Keep in mind that when I say best movies, I don’t mean merely entertaining – sorry, Godzilla fans. The following movies have achieved critical success and are generally well-received by the movie-going audience.

10. All These Small Moments

Molly Ringwald was the girl I wanted to be growing up. She is the 80s IT girl – smart, witty, beautiful and with a glorious mane of red hair. I am glad she’s back on our TV and movie screens again, and this movie reminds me about everything I loved about her. She plays the mother to two teenage boys, having to deal with the fallout of her husband’s affair and to ponder upon the decision of a possible separation.

The cinematography of Melissa Miller Costanza’s debut film is absolutely stunning, the way the camera lingers on each person’s face, so personal and poignant, drawing us in to watch these characters, wondering what their looks into the distance mean. I watched it at the beginning of the year, yet there are scenes still so firmly embedded in my mind months later. If that’s not a good enough endorsement, I don’t know what is.

Elisabeth Moss, in my opinion, is one of the best actresses of our generation. She is absolutely mesmerizing to watch in TV series The Handmaid’s Tale, and she brings the same energy to Her Smell, which helps to elevate it from just being a regular movie about a spiralling musician.

She plays a rock star, whose rising fame starts to take a toll on her lifestyle and who she becomes. Her constant shift between mania and a sudden gleeful demeanour is spellbinding to watch, adding up to an effort that will be well worth your time.

Read our review of Her Smell.

8. How to Train Your Dragon: The Hidden World

There is only room for one animated movie on this list, and that goes to How To Train Your Dragon. Sorry Toy Story fans, but I am of the opinion that a movie franchise should know when to stop and complete its narrative.

How To Train Your Dragon makes the list because of the consistent, competent storytelling the franchise has accomplished as a whole. It is a coming of age story filled with the struggles of growing up, and with the understanding that there comes a point where you need to let go. Visually, the movie is quite a sight to behold, with director Dean DeBlois taking special care to showcase all the dragon mating rituals.

Read our review of How to Train Your Dragon: The Hidden World.

Keanu on a horse, Keanu beating people up, throwing knives at them, gunning them down, Keanu teaming up with Halle Berry to kick some ass — I mean, come on. Do I really need to say more to convince you that this is a worthy movie?

The choreographed fight scenes are gory and delightful, the story is barely hanging on by a thread but it’s still there. This isn’t some machismo showdown, it is vulnerable and heartbreaking and it has Keanu, so you know it’s breathtaking.

This is a movie we have been building towards for the past 10 years, and the sheer history and universe built around it makes it a must-have on any best movie list of 2019. There is tragedy, tears shed, epic battle scenes and a movie we will still be talking about in years to come.

Read our review of Avengers: Endgame. 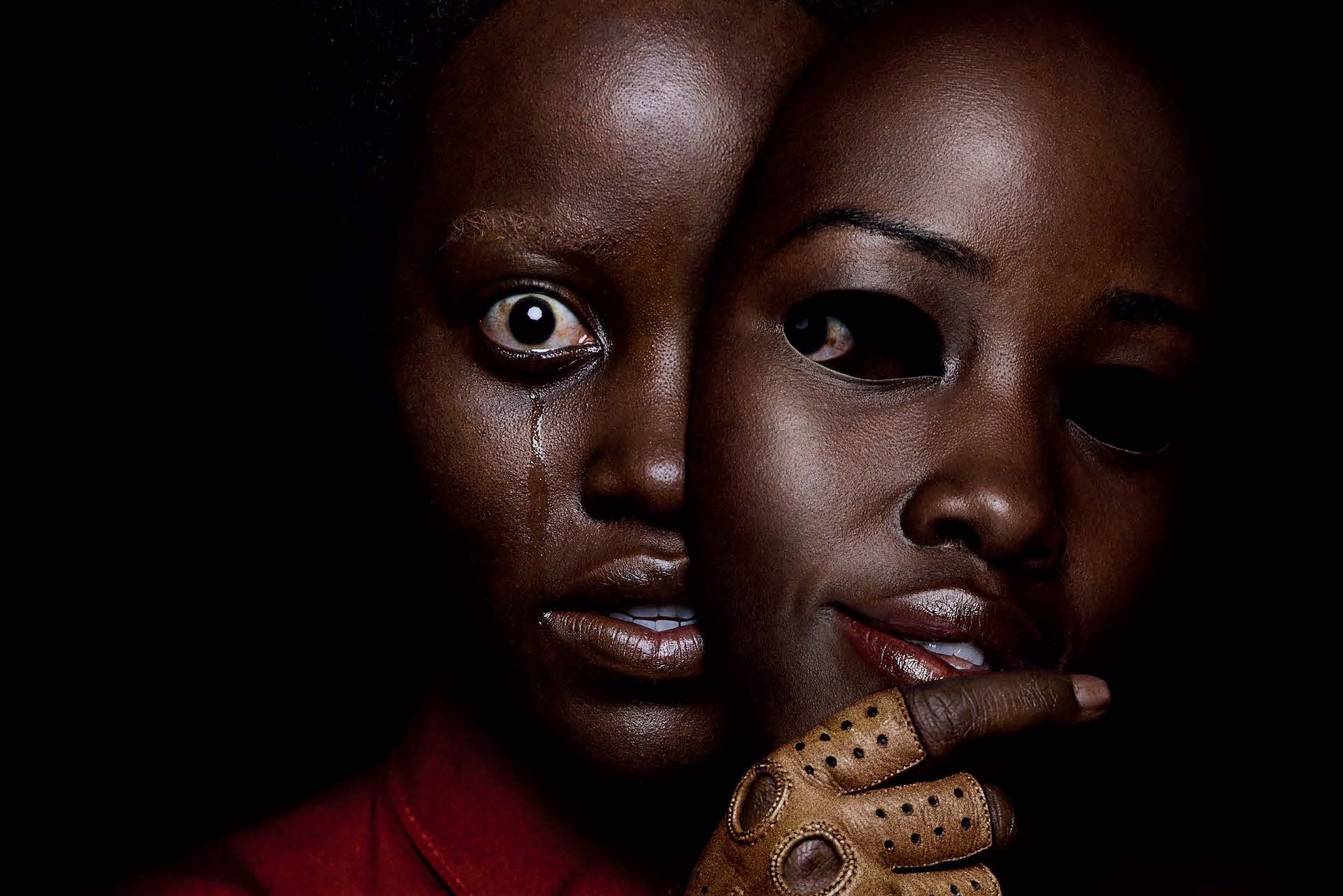 Jordan Peele’s Us, while not on the same level as Get Out, does prove that the man is not a one-hit wonder. There are so many good aspects to it, like the way Peele effortlessly blends horror and humour together, and the stellar acting from all aboard – especially Lupita Nyong’o. It is easy to see why she is an Oscar winning actress. What she does with her physicality and voice is so impressively unnerving. The soundscape is effective and so well done, and the cinematography backs it up to a T.

Read our review of Us.

Before Robert Pattinson became Batman, he was a father — in a movie, that is. The movie in question is High Life. Pattinson’s character and his daughter are the last survivors of a space mission.

The narrative splits between the present and the events leading to the now. Instead of the usual awe-inspiring shots of space, we get dreary, cramped quarters with inert individuals barely existing. It is a movie that drenches you in its atmosphere and stirring imagery, a space to ponder existence and what it all means.

Read our review of High Life.

A24 has been killing it with the movies they have chosen to be a part of their repertoire. Their trailers are also expertly cut, where they give us enough tension and drama to pique our interest but are careful not to spoil the movie for us. The Souvenir’s plot isn’t clear enough from the trailer, but the glimpse is all it takes for us to know this is truly something stellar.

The Souvenir, directed by Joanna Hogg, stars Honor Swinton Byrne, Tom Burke and Tilda Swinton. Swinton Byrne plays a film student embarking on a project, when she meets Antony (Burke), a troubled young man who offers much intoxicating distraction. As you probably guessed from the names, Honor Swinton Bryne is Tilda Swinton’s daughter, and they play mother and daughter characters in the film as well. Both deliver smashing performances, as well as Tom Burke, with every scene excellently framed and the dialogue adding such wit and dry humour to these scenes.

If you are active on Twitter, this movie might have already crossed your radar. Lauded as the 2019 version of Superbad, Booksmart has its pulse on the modern day preoccupation with studying and future planning but never really living. The movie follows two booksmart best friends after graduation, as they decide to push the books aside and live it up. It is hilarious, heartfelt, and for her debut effort as director, Olivia Wilde has certainly outdone herself.

Apollo 11 has a striking 99% score on Rotten Tomatoes, establishing how close to perfection it is. It is a documentary charting the Apollo 11 events, but it doesn’t come across as a relic or historic. The film’s visuals are reminiscent of movies like Space Odyssey, before the camera turns to the crew and technicians, showcasing everyone who worked on the project.

The visuals have amazing clarity, the vivid colours an astonishing sight to behold, especially when the clips we have of the moon landing are a tad grainy. Even if you are of the opinion that the moon landing was staged, you will be forced to agree that this is a fantastic documentary as well as movie experience.