Into the Mad World of Joker 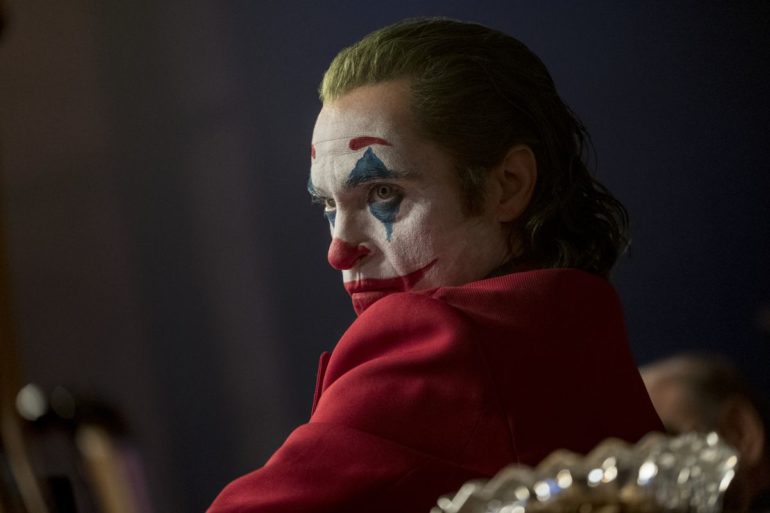 As I headed in to watch Joker over its opening weekend, I didn’t know what to expect, considering how divisive the response to the movie was at the time, and still continues to be. The movie did seem to be a strange product, an origin story for a supervillain with the hero nowhere in sight. Usually, when movies take on highlighting an antagonist, the filmmakers also go to great lengths to paint his moral repugnance – this is not a man we should aspire to or admire. Consider Patrick Bates in American Psycho, the ever-present picture of male vanity and narcissism and while he is wonderfully portrayed by Christian Bale, no one would revere him after watching the film.

Joker, however, portrays Arthur Fleck in a different light. The first scene we receive after he kills those three men in the subway is him rushing to a bathroom, and his body is overtaken by some balletic flight, as he spins and twirls, basking in the madness that he has plunged himself into. Interestingly, this scene on screen was different from what it originally was in the script. In the script, Arthur goes to the bathroom and engages in a moral battle with himself. He throws up and tries to hide the gun, these actions pointing to a man who perceives that his actions are not moral, with the experience of guilt comes along for the ride as well.

But when it came time to film the scene, both Philips and Phoenix decided that it didn’t fit Arthur’s characterisation. Philips played the music for the scene, and as Phoenix started to dance and perform to it, both decided that this was the better direction to head in. Philips explained that music has always been a part of Arthur’s characterisation, and so dance is a natural extension of that. There are few more scenes like that, the other more striking one being his rhythmic descent down a flight of stairs. The cinematography of both scenes is sweepingly majestic, serving to elevate him and romanticise his character.

As viewers, we aren’t sure how to deal with this alluring display of madness. Madness, which is defined as the deviation from social norms, coupled with an absence of morality and any sense of remorse, is not something we would identify with. It is discomforting because it pushes against our own clearly established boundaries of all that is right in the world. Our world functions from a lens of reason and rationality, and a rational man cannot be mad, therefore, a madman becomes the most perplexing thing.

It is different for other iterations of the character, because the Joker always exists in a world where there is a Batman. Heath Ledger’s Joker is an embodiment of chaos and anarchy, a man who wants to see the world burn for the sake of it. We don’t seek to understand him because we don’t have to, since all the moral implications are on Batman’s end. Jack Nicholson’s Joker’s madness is fuelled by his agenda.

Arthur Fleck is a different fish altogether, a man with no agenda, merely carried along on his wave of madness. The more we try to pin him down, the more he slithers out of our reach. Joker is a movie sitting right on the abject lines of all that we know about films. We say a movie must have a moral message in tow, that it must spring from some sort of realism in its social commentary, however, Joker discards all these rules.

Here we have a man who is an outsider, never feeling that he belongs, in a society that only musters apathy to his plight. Critics have mentioned that Joker creates a world where there seems to be no good people, but that isn’t exactly true. The film is showing us what Arthur sees about the world, and how it perceives him. He tries to make a kid laugh on the bus, and gets told off by the mother. This is often a reality on public transportation, where people go out of their way to ignore one another or can be fairly mean for no reason.

His boss tells Arthur that he likes him, but then tells him to return the sign, despite his mention of him losing the sign because of what some kids did to him. How many times have we given our boss a valid excuse about our inability to do something, and their response is to just get it done? As for the counsellor, she doesn’t engage with Arthur in any sense of empathy, or listen to him, but as we know later on, the city has cut the funding for the department, so she was possibly bogged down by other preoccupations.

Her job also comes across as a routine occupation for her, something that she needs to pay the bills, not fuelled with any real desire to help Arthur. We say this isn’t realistic of society, and while I agree it is hyperbolised, we cannot ignore that as individuals we are driven by our own needs and desires, and for there to be some semblance of goodness, those needs to be some kind of match with whatever altruistic purpose we indulge in.

If Arthur Fleck existed in our current society, he would most certainly still be treated the same way. A man who doesn’t know how to belong, who laughs when no one else is – he embodies everything we are told to hate and loathe. This is why madness makes sense to him, because it is a state he has existed in his whole life, and it is why he turns to it with ease in the later parts of the movie.

In the penultimate scene of the movie, Arthur gets his lifelong dream to be on The Murray Franklin show. However, the reality is far from the bright lights of adoration from both Murray and the audience he envisioned earlier, for he plans to take his life on set. Watching that scene, many might assume that Arthur kills Murray because he makes fun of him, but this isn’t strictly the case. Things took a turn when Arthur reads a note he wrote in his notebook, where he hoped his death would make more sense than his life (he spelled sense differently, but you get the picture).

It is upon reading this that we see a sudden deviation in Arthur’s plan. The narrative that would have emerged if Arthur killed himself on the show would be the rationalising away of a mad clown. The public wouldn’t see that his death as a result of all the despair within him, his death would become a senseless thing. So he tries to articulate his madness, and his insight, but of course, no one can understand him.

He tells a joke that is offensive and is censured by the guests and Murray. Murray meets his responses with rationality, telling him he is not right in his actions because he killed three men. A madman cannot comprehend rationality, and so Arthur rids himself of it completely through his symbolic killing of Murray.

At the end of the movie, there is no longer any appearance or desire to fit in, even when the counsellor present seems more open than the previous one, he knows that she will not understand his madness, and there is no point in reaching out for any connection. Although he rejoices with the rioters, there is an awareness that they will never understand his interior world. They riot with an agenda in mind (though the movie is hazy on what that exactly is), while Arthur’s deviation is one solely of his own creation.

While there is certainly freedom in this, since he is no longer subjected to our social boxes, seen at the end when he escapes the room and possibly the asylum. However, separating himself from those boxes also leaves him standing alone, along a trail of blood and unceasing violence. Arthur is fully subsumed into his performance as a clown, where what he wears is also who he is. There is no longer any artifice, just the truth of a madman no one comprehends.