The battle royale space is changing. 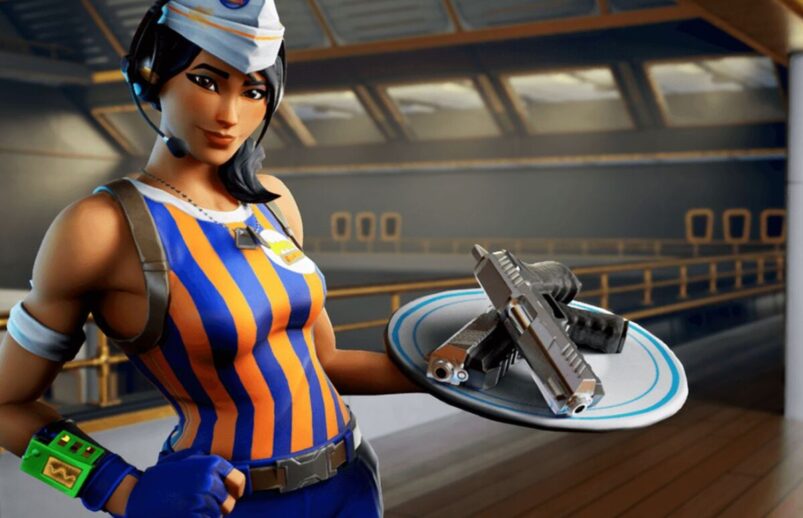 Battle royale games aren’t the hot new thing anymore, and they certainly don’t feel fresh. No longer are players clamouring for every new multiplayer game to have some kind of forced battle royale component, evidenced by literally nobody caring about it being missing from the recently announced Battlefield 2042. To be fair, Firestorm in Battlefield V didn’t exactly go down a storm and you just remembered it even happened, didn’t you?

But battle royales no longer being the new hotness is most apparent in just how few of them are releasing. The last big battle royales of note were Hyper Scape in July 2020, which escaped the attention of pretty much everyone, and Call of Duty: Warzone in early 2020, which has done okay. It seems as if the major players have set their stalls out and now nobody dares to try and move them. It’s ultimately just smart — many more battle royale games have failed than succeeded, and I should know: I’ve played most of the bastards.

While battle royale games will still linger for years to come, the allure of that first win, the close calls and the random moments won’t ever be matched for many, especially with the subgenre now feeling like a round of team deathmatch in how standard it is. Drake probably won’t play Fortnite with Ninja again, Mixer won’t chuck a bunch of money at battle royale streamers for a laugh, and winning will feel less special when more and more bots are seemingly added to pad out the SBMM and quicken matchmaking.

But the biggest battle royale games know this, which is why so many of them are diversifying from what made them.

PlayerUnknown’s Battlegrounds, perhaps the game that created the battle royale boom of 2017 and 2018, is no longer just BR with PUBG Corp making smart (and surprising) moves out of the battle royale space. While PUBG Mobile and its upcoming futuristic spin-off New State will probably continue to generate enough revenue to feed an impoverished country for the years to come, there will also be The Callisto Protocol: a survival horror set in the PUBG universe from the mind behind Dead Space.

The “PUBG universe” may sound like a daft idea on paper, but when all the biggest properties in pop culture are trying to widen their umbrellas, it makes sense for PUBG to do likewise. PUBG, despite the silly chicken dinners and ping of frying pans, actually has a relatively interesting storyline about its matches being a rich man’s indulgence where people fight to the death. They’ve even got an official website just for the lore.

Speaking of lore, Apex Legends is doing its bit to bridge the gap between its world and Titanfall’s even more, despite the fact that Respawn are doing everything apart from making a new Titanfall game. They went and won an Oscar for a documentary instead of reuniting Jack and BT, because at this point it just feels like they’re not developing a third game just to wind everyone up.

Crossing worlds isn’t the most major step back from battle royale Apex has made lately, though. Arenas, which’s matches are led in narrative terms by a big bad from Titanfall, drop the last man standing as we know it for something closer to Counter-Strike. The trailers leading up to the release of Legacy even told players to “go beyond battle royale”, suggesting that Respawn aren’t content with just pinging Mozambiques (here) and riding that gravy train all the way home.

As far as gravy trains are concerned, few games have been able to ride them quite as hard as Fortnite over the years, a game that basically reimagined itself to focus on battle royale after seemingly struggling as a PVE shooter. While its battle royale will still bring home the bacon for a good few years yet (despite what the children on Twitter claim), Epic Games really don’t want to get complacent and are putting plenty of stock in Creative: the creation tool within Fortnite that people have been using to make whole new games.

As well as them shifting some events to the Creative space, such as a concert from a British band, and putting on specific tournaments/competitions and crossovers like Creative Mayhem, the NBA and goddamn Halo, Epic are trying to make creation within the mode as comprehensive as possible with fairly regular updates and even easier ways of making maps. While Minecraft may have been the very first comparison Fortnite received (and with good reason), Roblox now feels like perhaps the most relevant.

Now that the battle to be the biggest and best battle royale is apparently over and the boom is behind us, it’s hard not to notice how some of the genre’s most famous names are re-adjusting their sights and planning for the future. Who knows: maybe we’ll finally get something like The Flock, but actually good.