Fortnite: How To Play the Halo Blood Gulch Capture the Flag Map 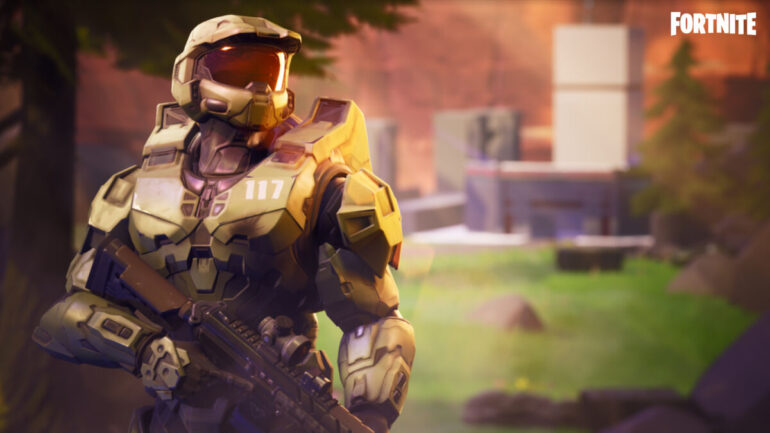 Following the crazy reveal that Master Chief is now a Fortnite skin, which continues to show that Epic are open to so many opportunities for crossover, you can now also take a step back in your childhood and play on the Blood Gulch map within Fortnite.

Available as part of Fortnite Creative, which is separate to Battle Royale and Save the World, players can descend on the iconic Blood Gulch map from the earliest Halo games to take part in Capture the Flag, another iconic part of the Halo series.

Once you have it, venture on over to Creative, launch a server, and then find a rift. Interact with the rift so that you can change the destination, and then enter the code before hitting done. Once it’s finished loading, you will be able to step into the rift and start playing Halo within Fortnite.

Capture the Flag consists of two teams of six battling it out to return flags to their base. Players will drop a flag when killed, resulting in some absolutely wild times. If you’re of a certain age, you will fondly remember CTF on Xbox Live, back when Battle Royale was nothing but the name of a weird and violent Japanese movie.

It’s a crazy time to be a gamer.