How Many People Play Call of Duty: Warzone?

And should Fortnite be worried? 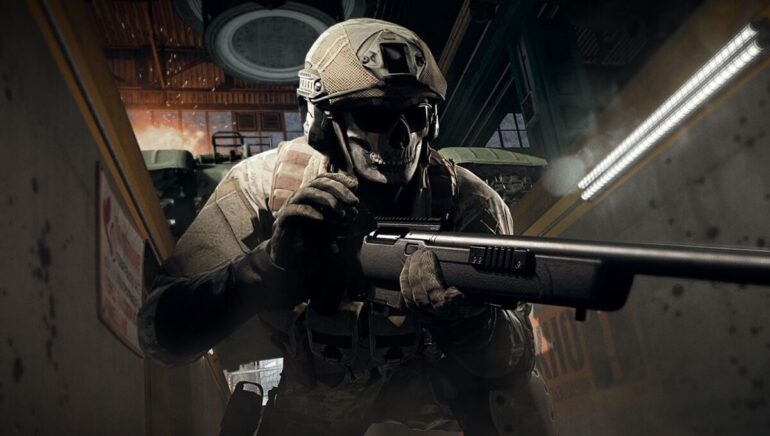 Few people could have honestly predicted that another battle royale game would be able to find space within a very crowded sphere. Between the likes of Fortnite and Apex Legends, it’s very difficult to stand out, but that’s exactly what Call of Duty: Warzone has done with the game now a mainstay on places like Twitch and setting new records all the time. But how many people play Call of Duty: Warzone in 2021 and is it declining or just getting stronger?

In October 2020, Activision announced that 80 million players had downloaded Call of Duty: Warzone since its launch in March 2020, which is a staggering amount of data downloaded when you consider how gigantic the file size for the game is.

However, it seems that downloads for Warzone may have in fact slightly stalled. No doubt bolstered by the worldwide events of 2020, lockdown contributed to 62 million downloads for the game in its first 52 days, though the game has “only” been downloaded 18 million or so times since then, suggesting a slight downturn in demand. This figure also includes secondary accounts.

While this puts Warzone ahead of both Apex and Fortnite over the same period for both game’s launches, Fortnite’s player count skyrocketed in June 2018, reaching a total of 125 million players, less than a year after launch. Fortnite now has hundreds of millions of registered players. Warzone may struggle to match Fortnite pound-for-pound when it comes to total downloads over time.

As with most games on their own launchers and not Steam, concurrent playing figures are hard to come across. Some sites claim to have concurrent Warzone player figures, but unless they have an insider at Activision or access to a secret API, these figures are completely false. There is no way of checking for concurrent players on the Blizzard launcher or via consoles.

Instead, the best way to figure out how many people still play Call of Duty: Warzone is to check out the game’s revenue. The higher the continuous revenue for a free-to-play game, the likelier it is that it has an engaged audience investing in microtransactions.

Well, it’s fair to say that Warzone is making a lot of money for Activision.

In August 2020, it was reported that Warzone had greatly contributed to Activision’s soaring profits with the company recording revenue of $1.92 billion by the end of Q2 2020, a huge increase from the $1.4 billion for Q2 2019. While Activision released other games over that period, it’s clear that Warzone is leading the surge with $1.59 billion of revenue being digital.

In Q3 2020, Activision’s revenue’s were even better at $1.95 billion. With Q4 2020 figures still to report at this time of writing, it looks like millions of players are still engaged with Warzone into 2021.

Considering it was heavily backed by content creators and streamers with sponsored content and otherwise, it’s no surprise that Call of Duty: Warzone was a big hit on Twitch from day one, it recording more than 350,000 viewers on Twitch in its first hour with a peak of 521,000 viewers in its launch month.

That popularity was, of course, unsustainable, but Warzone’s popularity on Twitch hasn’t declined all that much at all, especially when compared to how much Hyper Scape bottomed out on the platform after the launch boom period.

Before the launch of Warzone, Call of Duty: Modern Warfare was flatlining on Twitch as a category with barely 10,000 average daily viewers. As of January 2021, it currently has between 80,000 and 100,000 average daily viewers on Twitch with figures going higher each time a new season or event is released. In August 2020, Warzone viewership peaked at 947,00 concurrent viewers with the launch of Season 5, though average viewership was down to 113,000 from 130,000 in March 2020.

Still, these figures go a long way towards showing just how popular Warzone is. Most battle royale games, particularly those that had launch sponsorships with streamers, tend to peak very quickly on Twitch and then flatline, yet Warzone has kept close to its launch figures.

Warzone vs. Fortnite: Battle of the Battle Royales

The video above goes over the most searched games of 2020 on Google with the data accurate as of October 2020:

Based on Twitch viewing figures, total players, revenue, and Google searches, Warzone and Fortnite are at pretty much the same levels of popularity, though Fortnite is slightly more popular at a push.

Warzone still lags far behind Fortnite in terms of total players with the latter having 350 million registered accounts to Warzone’s 80 million. Fortnite has around 25 million DAU (daily active users), so unless more than nearly a third of Warzone’s total players are playing every single day, it’s likely that Fortnite is still the most played game. Important to note, though, that Warzone is available on far fewer devices and Fortnite is a more family friendly game, which means a bigger potential audience.

Warzone also still lags behind Fortnite on Twitch, though the gap seems to be closing with big streamers like TimTheTatman, CourageJD, and Tfue all moving from Fortnite to Warzone in recent months. As of October 2020, Fortnite accounts for roughly 5% – 7% of all viewership on Twitch, while Warzone is 4% – %6. Fortnite’s peak Twitch viewership is also considerably higher than Warzone’s at 2,277,171 viewers, which came during June 2020.

The Future of Call of Duty: Warzone

With the release of Call of Duty: Black Ops Cold War, Warzone is arguably in the best shape it has been since launch with the BR supporting integration between the new game as well as Modern Warfare.

Warzone features shared progression between both games, as well as weapon loadouts from the new game, which while keeping the experience fresh, hasn’t been without some balancing issues.

It seems that Activision will be supporting Warzone and making it a flagship for years to come, especially when it was revealed that they were looking to hire more than 2,000 people to meet demand.

However, there are two key areas in which Warzone needs to improve in order to keep growing: anti-cheat and file sizes.

Hackers run rampant in Warzone on PC, so much so that it gives content creators more content than anything else in the game. As noted in a TimTheTatman video, hackers are able to register on global leaderboards due to seriously lax preventative measures by Activision and Infinity Ward. It was announced in October 2020 that 200,000 cheaters had been banned to date, though cheaters continue to find ways around the anti-cheat measures. More needs to be done.

Another area where Warzone really needs to do better is in its file sizes, which are beyond gargantuan. In August 2020, the total file size for Modern Warfare on PC reached 200 GB with Warzone itself making up almost 100GB of that. A patch was deployed in October to allow players to only download the parts of the game they wanted, but file sizes still remain massive, no matter which platform you’re on.

Considering that we’re moving into the SSD generation of gaming where bigger SSDs are still on the pricey size, more work really needs to be done to optimise Modern Warfare and the broader Warzone experience. With Black Ops Cold War taking up an estimated 250 GB of your hard drive on PC for 4K, 175 GB without (this without mentioning the updates Warzone has that require 20+ gigabyte patches), this might be the biggest hurdle for the game to overcome to keep growing in players.

Call of Duty: Warzone is a free FPS game available now on PC, PS4, and Xbox One.