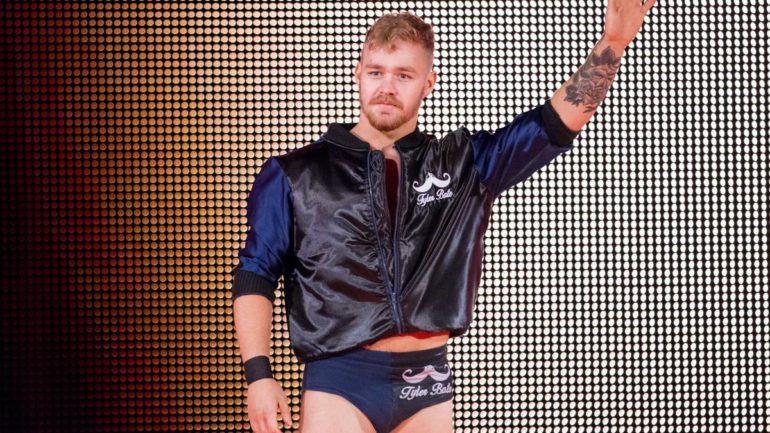 On last night’s episode of NXT Heatwave, several NXT UK stars made their official debut as part of the mainland NXT roster. The likes of Gallus, Blair Davenport and the NXT UK champion Tyler Bate all made their presence felt as part of either backstage segments or in the closing moments of the show.

Reports have already been floating around of NXT UK stars, making the trip across the pond to the mainland branch, but there is no indication of what the plans were going to be upon their arrival. Speculation seems to be that there’s going to be another form of the NXT vs. NXT UK World’s Collide event, with perhaps a brand invasion on the cards for the near future.

The most prominent of appearances came in the form of the NXT UK champion Tyler Bate, emerging after the conclusion of the main event between Bron Breakker and JD McDonagh. The two champions have stared down to close the show, suggesting that in the near future there will be some form of champion versus champion match, maybe even to unify the two NXT championships. The interesting thing to note here is that the NXT UK championship is still technically vacant on NXT UK, with a championship tournament underway to crown Bate as the eventual new champion.

In other segments of the show, Blair Davenport attacked Indie Hartwell backstage and the team of Gallus emerged to attack the Creed Brothers following their match. With the likes of Charlie Dempsey still yet to appear on NXT, it seems that the NXT UK transfer is yet to be concluded. We expect there to be some form of ongoing storyline that will be picked up next week.