They're finally taking on King's Landing, and there's a throne with Daenerys' name on it. 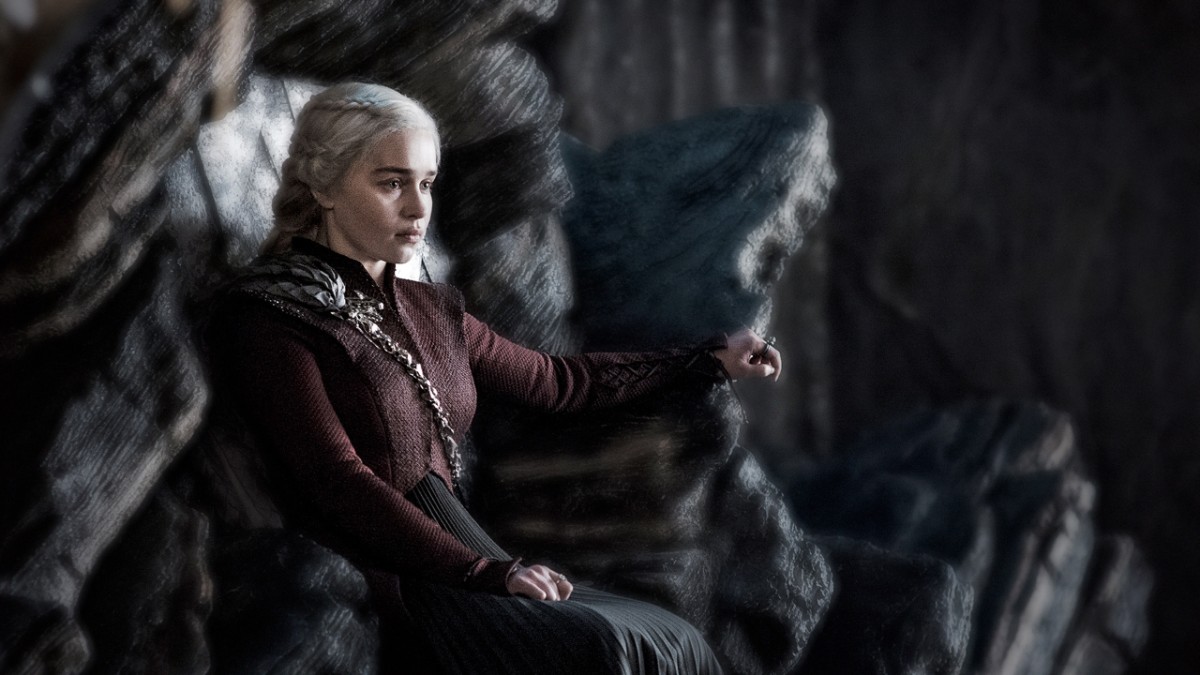 After last week’s episode, which finally burst the dam holding back the mainstream criticism of Game of Thrones, ‘The Bells’ does at least not fall prey to the same issues as that entry. The dragons are no longer made of tissue paper. Nobody skips across the length of the continent between scenes (the Northern army were already in transit), with the closest being poor old Jaime running all the way around King’s Landing.

The politest thing I can consistently say about the plot of Game of Thrones is that it will leave the viewers asking questions – and with ‘The Bells’, the main question, in any number of forms, is ‘why’? Why didn’t all this happen two years ago? Why does dragonbreath now make things explode? Why are the scorpions suddenly beyond useless? Why didn’t the Starkgaryen forces use the secret shortcut from the beach into the Red Keep? Why did Daenerys commit a war crime?

This last point drives the action for the bulk of ‘The Bells’, turning the battle into more of a sacking, bordering on an act of arson. And if you start to think about ‘why’, the issue is that you can feel the writers’ thumb on the scales. Without that, there isn’t any particular reason, other than ‘Daenerys be crazy’, which I’m sure will be cited as the official rationale, even though season 7 saw her being warned off attacking King’s Landing directly for fear of literally, exactly this happening. Further, she has more reason than most not to want the place damaged, since the whole thing about her claim on the throne is that it’s her property.

Previously I’ve dinged the show for having no idea what to do with Sansa. The same applies here, and I fear it’s no coincidence that it’s mainly women whose motivations the show has pinballing all over the place. Plus, speaking of Sansa, this seems to be an attempt to retroactively justify all the complaints we’ve seen being made of Daenerys – ooh, is she going all ‘mad king’? Doesn’t sound like something that could be foreshadowed or seeded or demonstrated beforehand in any way, let’s just force it through. Once again, this hits on the showrunners’ creed – “creatively, it made sense, because we wanted it to happen“.

If there’s one final inciting incident, one straw that breaks the dragon’s back, it appears to be Jon turning her down for sex. That’s right, that’s what the show appears to be placing as most important to her, and most likely to make her wig out and start killing people all willy-nilly. Not the throne she’s been striving for throughout the length of the show, not her advisor and close friend who died last week, not either of the dragons she’s lost, but the hunky boy-toy who turned out to be her nephew (and who, incidentally, betrayed her trust very recently) not wanting to do it. Remember when the show was fluffing itself as being all about ‘women on top’? As it turns out, that was a vulgar reference to the cowgirl position.

‘The Bells’, of course, does represent the show’s choice to make Cersei the ultimate villain (rather than the white walkers) coming to fruition. While the white walkers were basically demons, this does make sense in TV terms. Cersei has a good deal more personality, she actually speaks, there’s more potential dramatic meat there – and yet she spends almost the entirety of this episode watching the battle from afar, stony-faced. As implausible as it would have been for her to come face-to-face with any major characters from the other side, they could have managed it – they did with the Cleganes, after all.

After Daenerys decides to set fire to the white flag of peace apropos of nothing, the rest of ‘The Bells’ degenerates into a chaotic sequence of King’s Landing collapsing (startlingly reminiscent of Ganondorf’s palace collapsing at the end of Ocarina of Time) which are doing their all to prove Truffaut wrong and present battle scenes which are in no way glorious. Credit where credit’s due, this is fully in line with the source material, and would resonate a lot more if it wasn’t interspersed with a Cleganebowl that appears to be Benioff and Weiss taking a practice run at the Star Wars film they’ve been given.

(So yes, if you’re a fan of the show and you’re sad to see it ending, don’t despair, just wait for the Star Wars with full frontal nudity.)

The show’s always had a tendency to give us what we want and make us choke on it. You hate Theon for betraying the Starks? Fine, watch him get tortured over the length of a season. You want to see Joffrey die? Granted, he’s poisoned at his own wedding and it somehow makes everything worse. King’s Landing falling to Daenerys as she finally deposes Cersei is probably the ultimate example of this, as the audience has wanted something along those lines ever since they first got to know Cersei, and the show is unflinching in showing us how brutal the whole process is. But the show pre-emptively undercuts all of it by making it perfectly clear that this didn’t need to happen. It’s right there in the title, ‘The Bells’ – the good guys could have simply accepted the surrender, and they didn’t.

It’s also mishandled in that it’s primarily the residents of King’s Landing suffering, rather than Cersei herself – whose death is about as gentle as it possibly could be given the circumstances. The late Varys had a line where he noted that it was always the common people who suffered when the lords played their Game of Thrones (roll credits), and while there’s been plenty of evidence of that this episode would obviously be exhibit A. He has, of course, also been posthumously vindicated in his doubts about Daenerys, and that’s what her two-minutes-to-midnight turn seems to really be about – proving right all the beloved characters who had their doubts about her all along.

With all the classic-model antagonists gone, next week will presumably be holding Daenerys to account for the events of ‘The Bells’ – though remember, pretty much all the remaining characters are complicit, and in any reasonable court would be in the dock right alongside her. If the finale has them all brought before the ICC, or some kind of medieval equivalent, I will rate it 10 on 10 and personally recommend everyone involved for television’s most prestigious awards. Think a cross between the police turning up at the end of Monty Python And The Holy Grail, and the inquiry episode from The Thick Of It.

– Arya calling the Hound ‘Sandor’ – you know, his actual name. Even in the eleventh hour, Maisie Williams and Rory McCann sell their bond better than pretty much anyone else present.
– After Rhaegal’s shameful death last week, seeing Daenerys and Drogon blow the Iron fleet apart like matchsticks.

– Daenerys’s tactical decisions, which I think I’ve skewered sufficiently already.
– Arya’s absurd plot armour. I know I’ve argued she now probably has a better claim on the title of ‘protagonist’ than Jon, Daenerys, or Tyrion, but she has half the city fall on her, walks it off, and then rides off on a white horse that pops out of nowhere. It feels more like a dream sequence than anything, and if they do try and end it on ‘it was all just a dream’ next week, I shall put my foot through the TV and send HBO the bill.
– Cleganebowl. I know, I know, the hype, but I can’t overstate how jarring it is, and when the Mountain strips his armour off he might as well just say ‘you don’t know the power of the dark side’.
– It’s a petty thing, but not a single reference to the canonical Battle of the Bells, which took place during Robert’s Rebellion and had serious, lasting consequences.

Verdict
As ever with Game of Thrones, it’s all excellently put together, it’s just the reasons that leave something to be desired. It is a tale full of sound and fury, told by – well, you know the rest.
6
Cultured Vultures is a pop culture website established in 2013 covering all things gaming, movies, and more. We eat your words.
All The News On The Biggest Games