Game Of Thrones: Season 8 – Episode 4 ‘The Last Of The Starks’ REVIEW

After winning the final battle, our heroes have a night of fun before reassembling for the final final for-real-this-time battle. 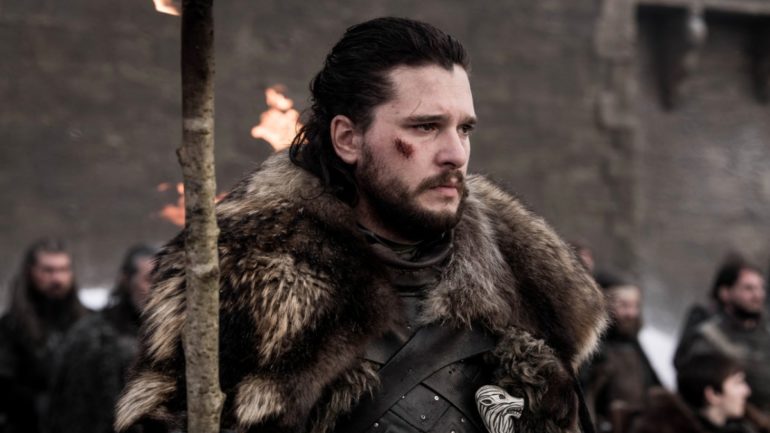 Given all the hullabaloo we’ve heard about spoilers recently – exacerbated by HBO being very, very leaky – the title of this one, ‘The Last of the Starks’, seems like a bit of a troll. Still, its not much worse than uncle George’s original planned title for the seventh book, ‘A Time For Wolves’, around as subtle a clue to how that’ll go down as that grand old saying ‘the butler did it’.

As it turns out, ‘The Last Of The Starks’ isn’t about the remaining Starks getting whittled down to one, even if Jon’s Stark credentials are now a little shakier. Rather, it’s about family unity, and true to form this sees the remaining Starks have an actual family conversation, rather than a series of one-on-ones.

This family unity, sadly, comes at the expense of any other sort of unity within the Starkgaryen coalition, crumbling further by the minute, especially when it comes out that Jon has a better claim on the Targaryen lineage – which gets swept up by the rumor mill incredibly quickly. The obvious Gordian knot option of Jon and Daenerys getting married is waved aside by Tyrion and Varys – so, going into the ultimate confrontation, the good guys are absurdly fragmented against a unified, cheerful evil faction. Cersei doesn’t even say much this week, content to simply stand in a high place and look evil.

As Darth Helmet once told us, ‘good is dumb’. In fiction, you rarely hear of a heroic mastermind, for instance. In a similar sentiment, back in season one, Bronn gave us the line ‘honor gets you killed’, a sentiment which seemed to be quickly fulfilled when Ned Stark’s honor led directly to his execution. But that’s the surface-level lesson to take from it. Stark honor kept their remaining family members together through thick and thin, whereas the Lannisters, the ostensibly dishonourable winners, quickly disintegrated due entirely to their glaring character flaws. As sexy as Charles Dance made Tywin Lannister, George R.R. Martin didn’t have him die on the shitter, shot by his maltreated son, because he’s meant to be a laudable figure. And nowadays you can practically see the thumb on the scales keeping Cersei a credible threat, with the Greyjoy fleet and the Golden Company apparently still happy to face a force who took out Old Man Winter himself, and the good guys descending into more-or-less open infighting over a throne they haven’t won yet.

Sadly, for the most part the show rolled with the surface-level idea, and similarly, most of the events of ‘The Last Of The Starks’ are spelled out as clearly as a dot-to-dot picture. I’ve ragged on the show’s more bantery lines before (starting this season with a balls joke, for instance) but for all their faults, those are the only ones left that aren’t slowly explaining what most people could have already gleaned, based on who’s been glowering at who. To return to the theme of family unity, there’s a shot of Sansa and Arya standing side by side as a united front against Daenerys, which would seem particularly impressive if it wasn’t strikingly reminiscent of Popuko and Pipimi. But then, as showrunner David Benioff once noted, “themes are for eighth-grade book reports“.

This lackadaisical attitude to their craft has been knocking about since the showrunners ran out of books to adapt, but it’s come in force this time around. In the past I’ve always said that if nothing else the production values are worthy of praise, and now that’s come tumbling down, since – as you may have already heard – ‘The Last Of The Starks’ gave us a shot which included a disposable coffee cup. But the writing – ah, the writing – the best way I can possibly describe it is that they’re no longer writing Game of Thrones, they’re simply writing A TV Show, according to HBO’s Big Book of Hour-long Drama. Which, again, has been a trend for a while.

Most of the later seasons seemed to have a contractual requirement to have at least one shock murder per episode, mainly carried out by dearly missed second-act villain Ramsay Bolton. This episode ends on one that’s right up there with the best Ramsay’s, in having just been thrown in to tie off a loose end – involving, as it does, a large-scale naval battle taking exactly one prisoner, who happens to be a named character.

And there’s a lot of tying off of loose ends going on this week. Ghost (Jon’s direwolf, for those who don’t remember), after popping back in last episode, now suffers the indignity of being sent away to live with the Free Folk. They, too, are wandering off out of the narrative, despite having thrown their lot in with Jon long ago. Bronn pops up at Winterfell in a scene which so resembles a celebrity cameo, you can almost hear the studio audience cheer and clap when he walks in and immediately says something rude. Most egregiously, after having spent the first two episodes of this season getting all the pieces in position for the final battle, they now spend this episode doing that again for the final final battle. Oh yes, and one of the dragons – those cartoon perils who we’ve been waiting to see properly unleashed for years – dies in about five seconds, just to establish that the inescapably cuddly-looking Euron Greyjoy is a proper endgame threat. Admittedly there’s a bit of ‘nobody could have survived that’ to hint Rhaegal isn’t finished yet, but that’s a groan-worthy device at the best of times.

I appreciate this all sounds a little like a lengthy complaint that the show isn’t identical to the elaborate fan-fiction I’ve constructed inside my head – but to quote the showrunners again, their aim with the show is “dramatic satisfaction” (this, incidentally, was their explanation of Sansa’s absurd season five plotline), and ‘The Last Of The Starks’ ain’t it. This is setting the stage for an eventual climax which, as it drags nearer, is seeming less and less promising. Perhaps that’s a fault of the fandom’s ‘get hype’ attitude, for expecting something so good that no show could possibly have lived up to it, but that doesn’t mean you get to stop trying.

– Arya and the Hound heading off together is a shameless retreading of their old bro-team dynamic – as well as naked foreshadowing of the long-awaited Cleganebowl – but that was always one of the show’s stronger pairings.

– Old Tormund getting drunk and saying something silly still has a certain charm to it, although they’re sending him back North of the Wall and presumably out of the series. Good-oh.

– It’s the coffee cup, I’m afraid. God help the poor crew member who put it there, and pray they didn’t have their name written on it.

– Rhaegal checking out, and this seeming more like an afterthought rather than given the climactic weight the death of a dragon deserves. Daenerys reacts to Rhaegal’s death less than she did Viserion’s, which wasn’t much. 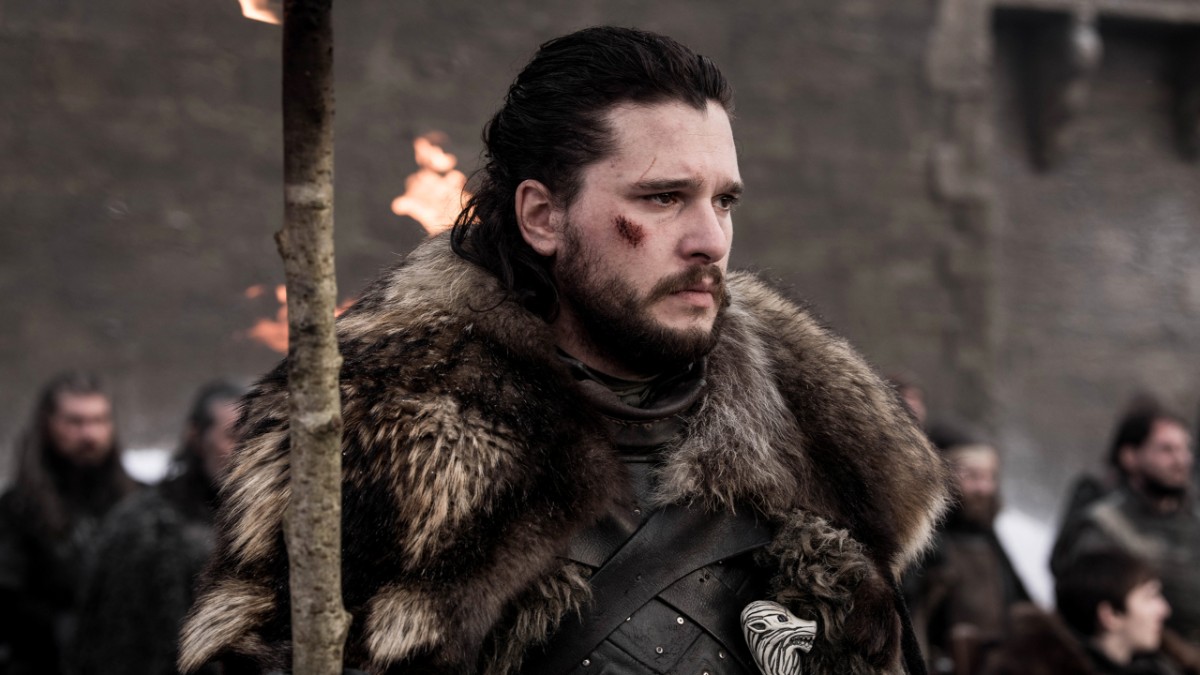 Verdict
Are you not dramatically satisfied? Because I'll be honest, I'm not, and they've got two episodes left to fix that.
4
Cultured Vultures is a pop culture website established in 2013 covering all things gaming, movies, and more. We eat your words.
All The News On The Biggest Games