More than just a Borderlands re-skin. 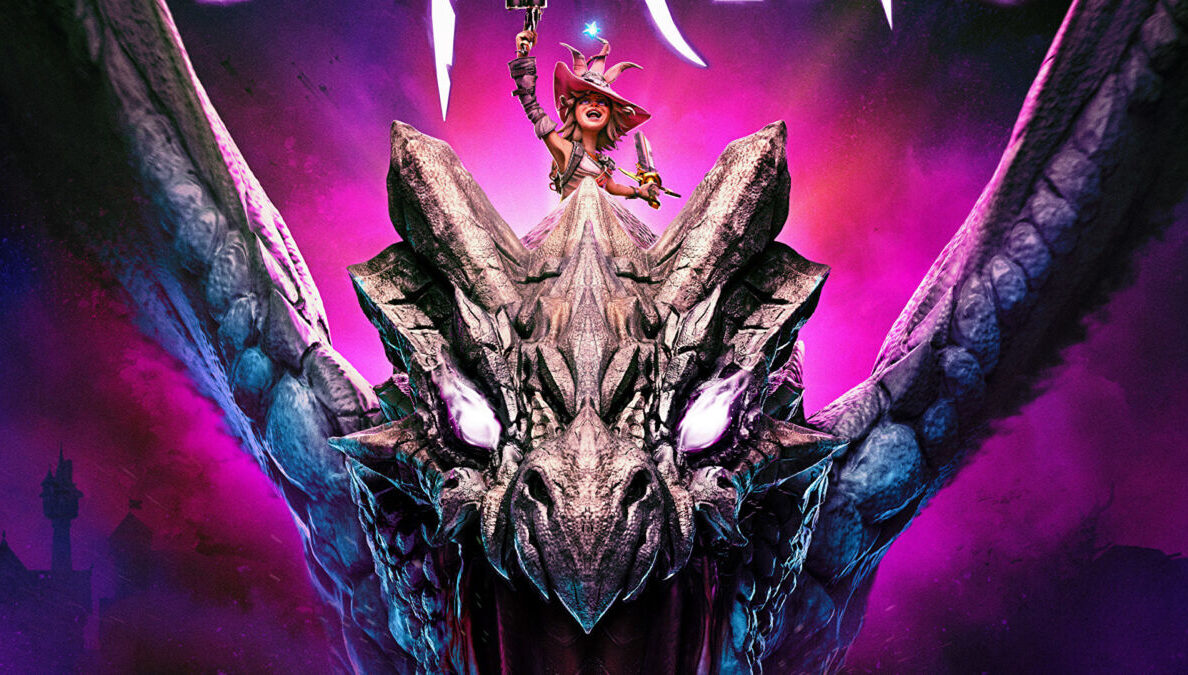 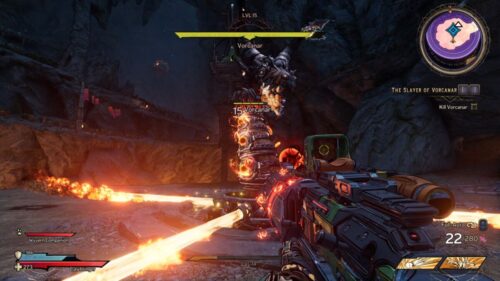 Ever since turning the RPG and shooter genre combination on its head almost 13 years ago, Gearbox Software’s goofy, loud, and ever-popular Borderlands series is still going strong. The combination of a Diablo-esque loot experience tied to a first person shooter was experimented with elsewhere before, but the Borderlands franchise cemented itself as the bar by which many looter-shooters have set themselves to equal or surpass over the years.

Now, with a brand new spinoff set inside a fictional tabletop game, Tiny Tina’s Wonderlands yet again proves it’s difficult to improve upon the basis that was first established back in the late 2000s, but Wonderlands still feels more mature despite a more childish backdrop.

Named after the character first introduced in 2012’s Borderlands 2, Tiny Tina’s Wonderlands puts you in the shoes of a nameless protagonist along with your partners Valentine, a roguish handsome type who only seems to think for himself, and Frette, the sassy robot with a little common sense among all that circuitry. Tiny Tina, the psychotic and hyperactive teenager with an unhealthy obsession for all things explosive, is hosting a little party for you, Valentine, and Frette in the form of an adventure in the Borderlands-flavoured clone of Dungeons & Dragon, known as Bunkers and Badasses.

The main story is littered with Borderlands’ signature pop culture references, obvious and subtle alike, but this time Gearbox leans more towards fantasy franchise and literature references to better fit some situations while sprinkling in the goofier bits here and there for flair. There are touching moments of drama still present, even though a lot of it is played for laughs. Still, Gearbox’s writing can sometimes shine through with interesting story and sympathetic cast members, even in something as absurd as a Borderlands game.

Though Tiny Tina herself doesn’t play any one character, she serves as the game master guiding the party along the adventure, sometimes fumbling through moments of ridiculous improvisation and corny fantasy tropes much like most amateur DnD dungeon masters would lean on as a crutch for their shortcomings. The main story and game at large is riddled with Borderlands’ typically irreverent humor, but toned down ever so slightly to justify the more teen-friendly rating.

Don’t let that fool you, though: the humor in this game is packed back to front and rarely does this game take itself that seriously. From justifying an errant Cheeto on the board as a meteor fallen from space to internet influencers asking for more followers, nothing is off-limits from mockery.

Like any classic RPG, Wonderlands leans heavily on the numbers for stats and equipment. Equipment ranges from the typically massive array of guns with some new additions in the form of dedicated melee weapons in their own slots, two ring slots, and armor sets. Moving stats around and even adding new slots may seem ridiculous in Borderlands’ flavor of class balance, but it all seems to flow decently here. Even if, by endgame, some class combinations and builds can be absolutely ridiculous and likely nerfed at any given moment by a hotfix, it’s par for the course in Borderlands’ design philosophy.

Another main pillar Wonderlands changes up is in the class department. No longer are you tied to a single class with different abilities to choose from, but instead you can combine multiple classes to create a new hybrid class by the endgame levels. These combinations can create some rather zany synergy options and it melds well with Wonderlands’ unique RPG backdrop — it doesn’t feel very forced or something like it was half-heartedly put together like most spinoffs are.

Wonderlands feels incredibly meaty and has real longevity based on the post-launch plans Gearbox has for the game, which already includes confirmations of a new class and a new zone on the Overworld map. Clearly Gearbox listened to the fans and are planning to make the endgame loop(s) where this game truly shine, even if the first playthrough is still quite a ride.

Even through all of the glowing recommendations, there are still some shortcomings to Wonderlands. The zone-based gameplay with smaller open areas feels very 2014-ish, but the addition of a JRPG nod to an overworld map keeps exploration kind of interesting.

Loot drops are also a major sticking point, with a stat on the player’s character sheet being tied to how often or not higher quality loot drops, even if you’re farming dedicated targets that have certain guaranteed items in their loot pools. This illusion of player control over loot with a luck stat can at times feel incredibly forced, but Gearbox may adjust this over time to have a more meaningful impact on loot earned over time.

All of this put together means not only is Wonderlands a solid RPG and fun shooter, but it also has some real meat for RPG nuts and buildcrafters looking to push the envelope of what’s possible in a Borderlands game compared to before. The humour and dialogue might not as raunchy due to the game’s wider target audience, but that’s not necessarily a bad thing.

Everything else about Wonderlands feels more like a full-fat sequel to a Borderlands main series entry rather than a slightly less serious spinoff that’s meant for pure fun. Gearbox delivers an imperfect, but absolutely solid follow-up to Borderlands 3 with a shift in class design fundamentals and a more traditional RPG approach to equipment, encounter design, and overall feel. The massive mechanical changes combined with improvements across the board make this a hard to miss looter shooter that shows you can even teach a 13 year old dog some new tricks.

A code for Tiny Tina’s Wonderlands on PC was provided by PR for the purposes of this review. 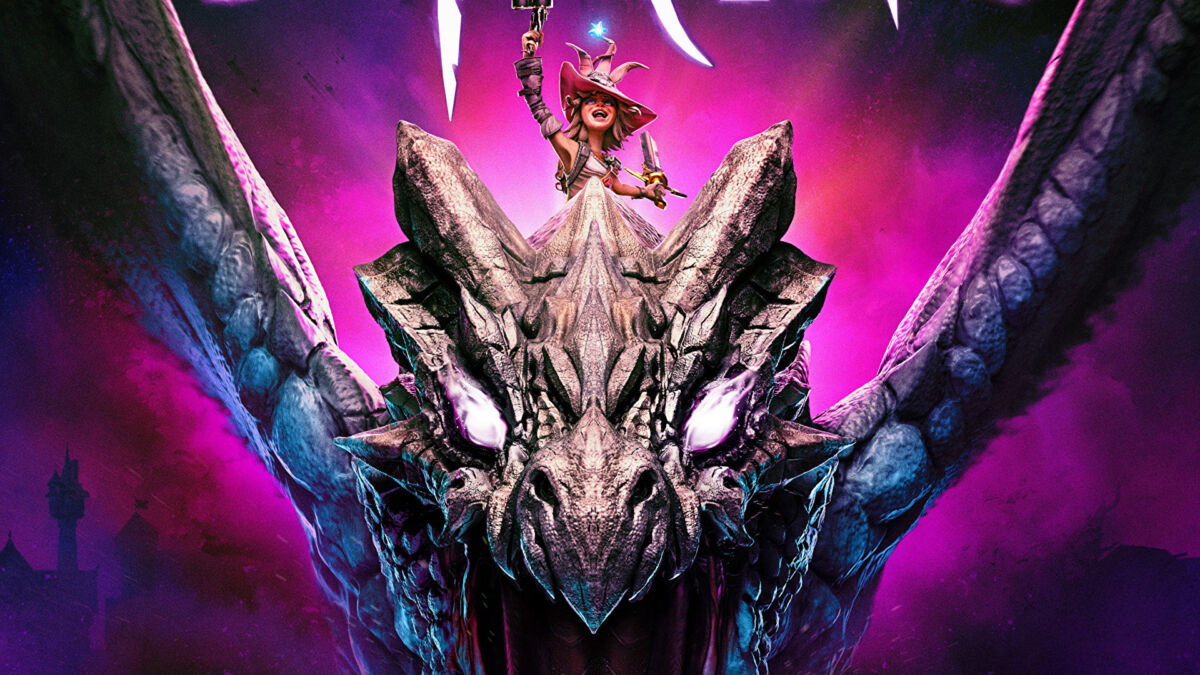 Verdict
While still Borderlands at its core, Wonderlands stands on its own as a great entry that’s worth trying.
8
Cultured Vultures is a pop culture website established in 2013 covering all things gaming, movies, and more. We eat your words.
All The News On The Biggest Games