Looks like Game of Thrones Season 8 is going to go down in infamy. 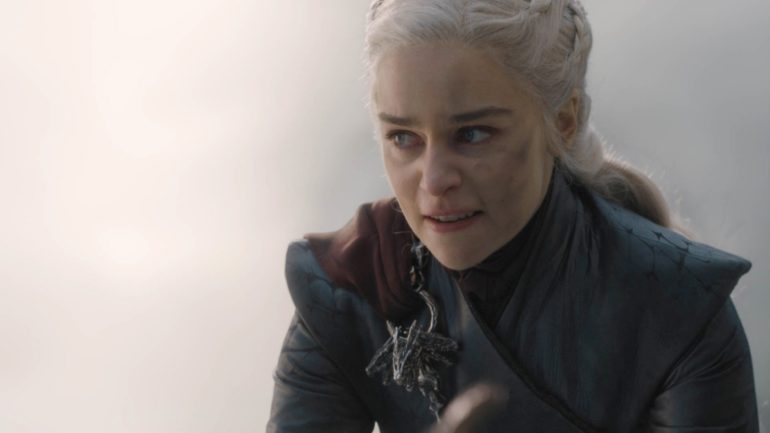 Game of Thrones Season 8 looks like it may go down as the most polarising season of television in history, especially since its penultimate episode caused an even bigger divide among fans. While it’s not gone down as poorly as the previous episode just yet, ‘The Bells’ is tolling a bad reputation for itself already. Did that turn of phrase work? No? Oh well.

Over on IMDb, ‘The Bells’ currently sits on an okay 7.2/10 from 27,966 ratings. While 7.2/10 is a respectable enough tally, you don’t follow a show for eight seasons across almost a decade of your life for something that is just respectable. 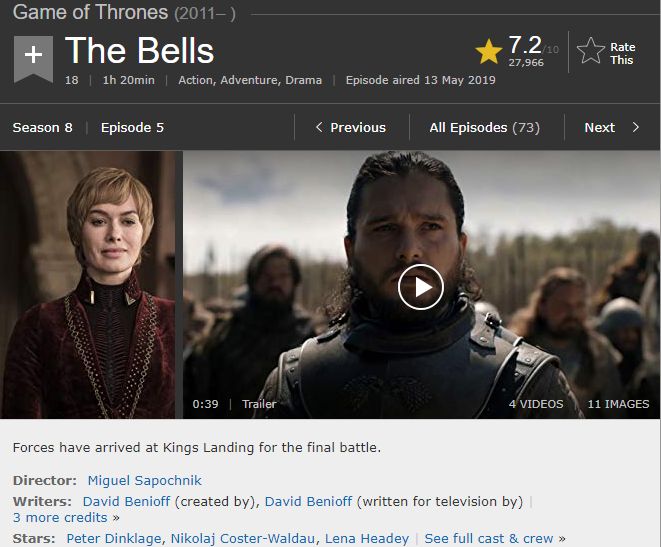 As you might have already been able to guess if you’ve watched the episode, the extreme Daenerys heel turn (though it had been coming for a long while) is the main reason for fans’ disappointment. In the episode, Daenerys decided to unleash fiery hell anyway despite King’s Landing conceding defeat, leading fans to believe that the “Mad Queen” narrative was a little rushed.

“If the show runners wanted SO BADLY to resolve the story via “The Mad Queen” narrative, they needed more than 4 episodes to build up to it. When the surrender bells rang out and Dany made the decision to burn down King’s Landing, I literally had to restart the episode to see if there was something I was missing. You spent 7 seasons building a character up to be merciful, intelligent, and graceful. You really expect the audience to forget all of that after 4 episodes of half-baked “Dany won’t listen to anyone!” scenes? Simply put- when she decided to do that, it made no sense.”

“So… Daenerys goes to burn everyone for no reason other than a viewer’s shock, killiing everyone but Cersei? She goes for the innocent people but not for the total destruction of the Red Keep where her enemy is? She’s killing people after the surrender while giving Cersei time for a possible escape? Makes sense if you’re on drugs.”

“Dany in S5-S7 showed some vast improvement and development in her character to make compromises for the better good. She made compromises with the masters back in Essos to keep the peace there, she listened to Tyrion for a more “diplomatic” way to handle the matters there. In S7, she even showed significant maturity by the fact that she was willing to look past the hatred she had for the Lannisters and the Starks (yet not forget it) just so she could risk her army numbers to preserve the life of the innocents in Westeros. After all that it MAKES NO SENSE that she’d go on a rampage and kill thousands of innocents in the final moments of the penultimate episode of the series right after she had more or less won the war and the Iron Throne. This episode completely ignores every bit of character development she had in the past seasons.”

The other most common complaint is Cersei not getting a suitable comeuppance after eight seasons of her being an absolute bugger, her getting crushed by rocks instead of coming face-to-face with Arya as has been built up for seasons.

While ‘The Bells’ has a better rating as of right now on IMDb, it is tracking worse than ‘The Last of the Starks’, which had roughly around a 7.7/10 this time last week and is also the worst reviewed episode of GoT on the website. Currently sitting on a 6.4/10, ‘The Last of the Starks’ also has 50,000 more ratings than ‘The Bell’ at this time of writing, so the latter could potentially be received even worse. We’ll be updating this if we notice movement.

Over on Rotten Tomatoes, ‘The Bells’ is also being savaged by critics with it sitting on 48% from 31 reviews — a Rotten rating. This is down from the Tomatometer for ‘The Last of the Starks’, but there about eighty more reviews for the fourth episode at this of time of writing, so the deficit may widen or narrow before the day is over.

Fans are also making themselves heard on Rotten Tomatoes. The audience score for Season 8 in total is 53%, which is significantly down from the 88% of Season 7. You get the feeling that that may decline even more so with the finale looming and expectations already very low for it for many. While the system is flawed as plenty of people will either give a one or a ten and nothing in-between, it looks like Game of Thrones Season 8 will be going down as a failure for a lot of fans.

What did you think of the episode? As bad as the reviews suggest? 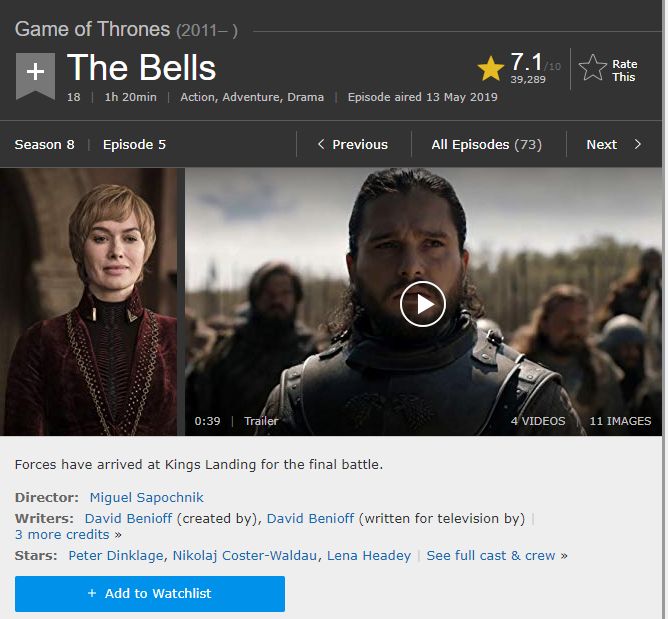 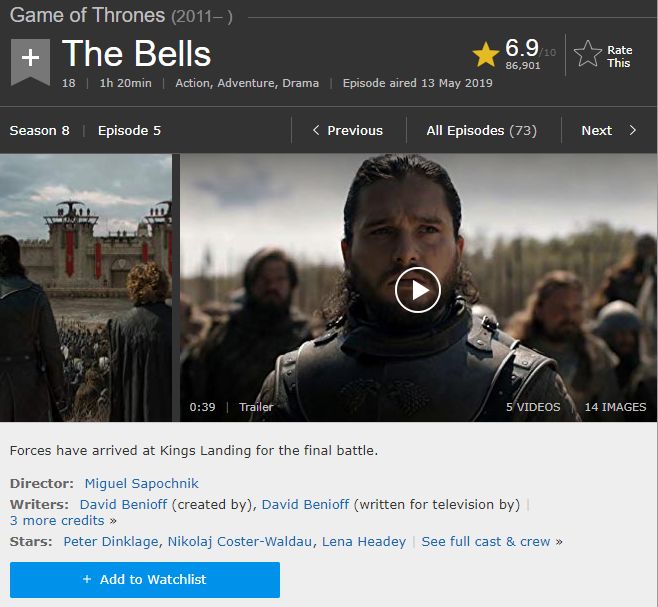 READ NEXT: 8 Best Moments From Game of Thrones: Season 8 – Episode 5