Godzilla: King of the Monsters REVIEW – A Roaring Good Time

The legendary kaiju stomps its way to theaters with a roar. 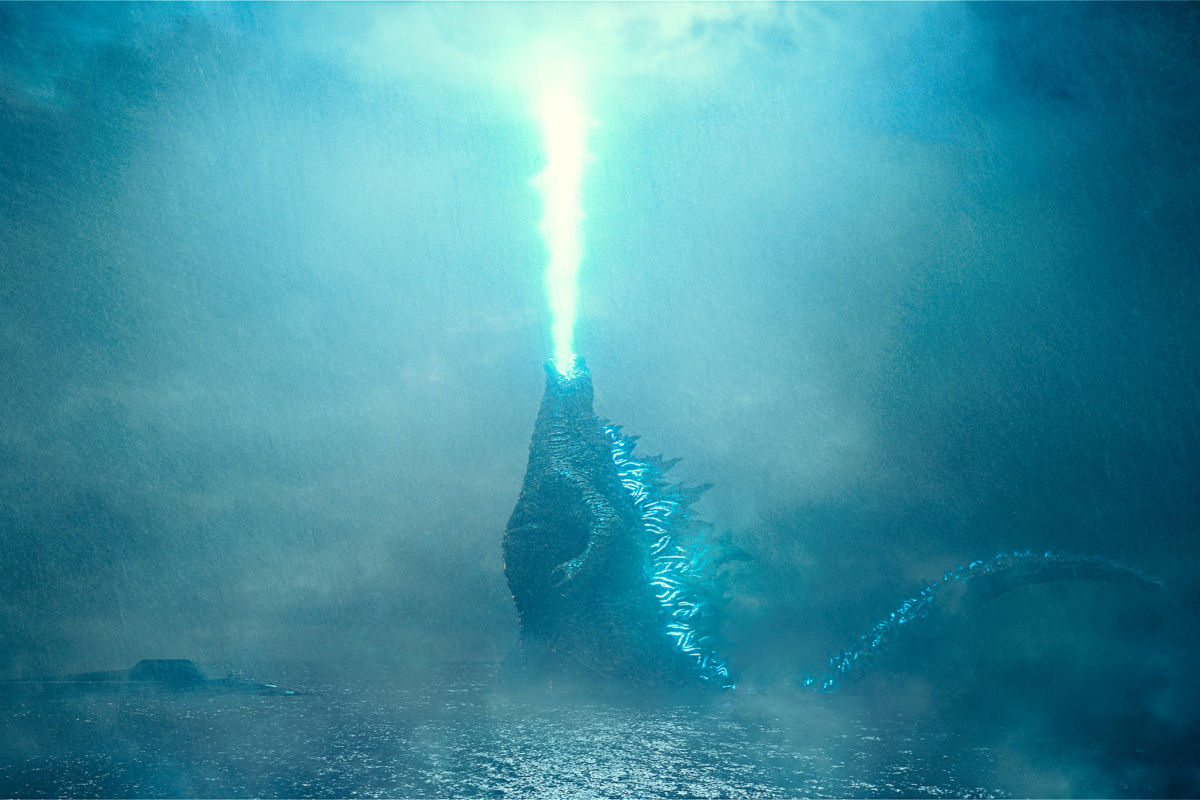 Remember the trailer for the 2014 reboot? György Ligeti’s Requiem played over J. Robert Oppenheimer’s speech regarding his role in creating the atomic bomb. As he quoted the Bhagavad-Gita, it seemed as though it would be the darkest Godzilla movie since the original. Arguably, Michael Dougherty’s long-awaited follow-up is darker and far more intense than its predecessor, with the potential to eclipse its success at the box office.

The events of the MUTOs and Godzilla fight has deeply affected Mark and Emma Russell’s marriage. 5 years later, they’re apart and the only thing they have in common is their daughter, Madison. The human drama is neither complex nor uncharacteristic for these types of movies, but on the contrary, Vera Farmiga and Kyle Chandler deliver their lines and perform respectably enough to save the audience from a potential sense of ennui that would have undoubtedly sunk this sequel, had it not been for their casting.

Millie Bobby Brown plays Madison, Mark and Emma’s daughter, who struggles with her parents’ inability to see eye-to-eye. The Stranger Things actress gives a terrific performance as the heart of the human side of the story. Even the supporting cast perform adequately and convincingly enough to underpin a story rich in atmosphere and emotion. The government adamantly expresses its disdain for keeping the titans alive. The military seem to agree it should be under their control, but Monarch feels confident they can learn to coexist with the monsters. Whereas one group collectively look at the destruction as a new beginning, the rest are fearful of extinction of humankind.

If you’re concerned Godzilla: King of the Monsters cuts away from the thrilling monster action and focuses mostly on the human drama like its predecessor, you’ll be delighted to know this one’s loaded with intense, suspenseful action sequences and the CGI is brilliantly crafted. The kaiju are magnificent and are shown in beautiful, awe-inspiring ways. Director and co-writer Michael Dougherty milks the sequences, nurturing and establish a presence for each creature. The visuals are absolutely stunning and Bear McCreary’s impressive score awesomely compliments each and every scene, nuance and the ethereal subtext, all the while celebrating the franchise by incorporating some familiar score pieces.

Celebrating Godzilla seems key here, as the creative team were referencing the original in ways you might’ve not picked up on immediately unless you’re a diehard Godzilla fan. If there’s anything to feel uneasy about, it’s one specific scene between the family. Let’s get this out of the way: if you’re expecting total realism and logic, none of the Godzilla movies are for you and most certainly not this one. It does make an effort to logistically explain things, but the specific moment that had me raising a curious brow is utterly nonsensical in virtually every sense. Of course, Godzilla, Rodan, King Ghidorah and Mothra all make up for any questionable decisions our human characters make.

Lawrence Sher’s cinematography, Tom Woodruff Jr.’s contribution to the visual effects and Michael Dougherty’s directing ability (and even his knowledge of horror) make this installment one of the more appealing in the franchise. There are moments in which you might laugh, jump in your seat with excitement, or feel momentarily startled. There’s a real effort put into this production and it’s certainly worth the trip to your local theater.

Godzilla: King of the Monsters is 2 hours and 12 minutes of well-paced movie magic with rich performances and an incredible score. The story may be simple, which, on the bright side, anyone can easily follow, but it’s not the worst I’ve seen — especially in this franchise. It’s not a boring entry as it delivers on the action and excitement, and the cast and crew seem to genuinely respect the Godzilla legacy. Pay attention to the end credits and, yes, be sure to stay for a post-credit scene.

Verdict
This Godzilla sequel packs an overwhelming punch with awe-inspiring moments of creativity and compelling storytelling. It is well-rounded, not only in its casting, but in its ability to make you feel a wide array of emotions. Go see it, go now.
9
Cultured Vultures is a pop culture website established in 2013 covering all things gaming, movies, and more. We eat your words.
All The News On The Biggest Games