While its spectacle is great, Alita: Battle Angel tries to cram four books into one movie and it really shows. 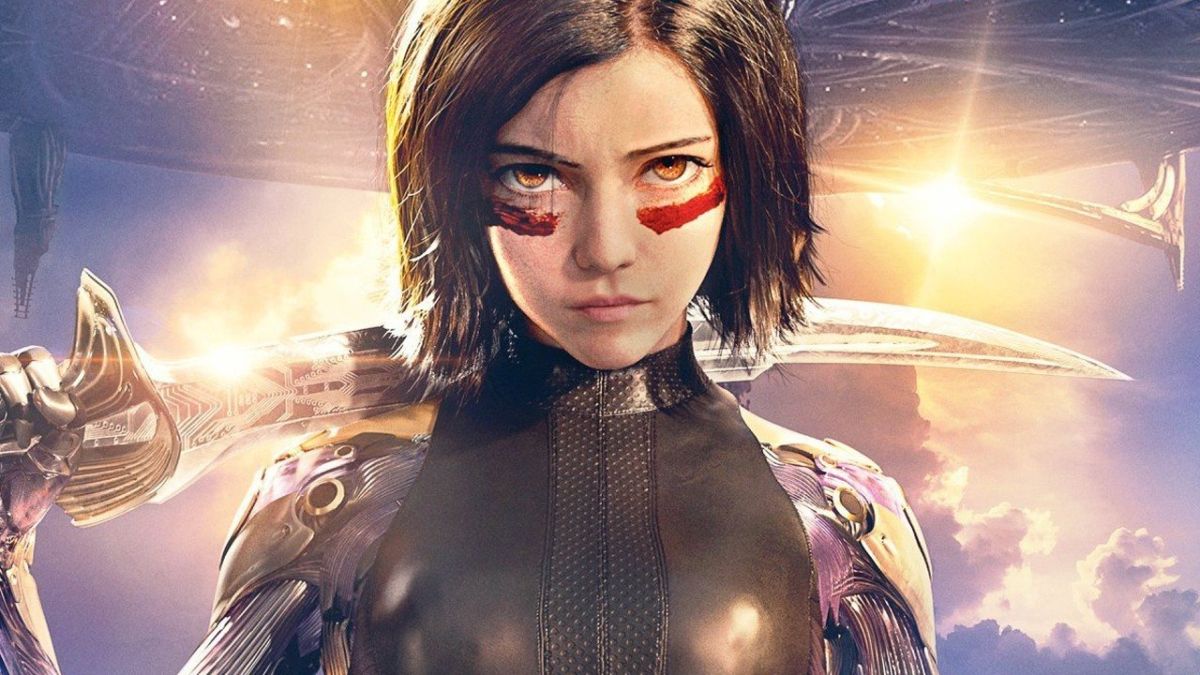 A live-action adaptation of Japan’s Battle Angel Alita manga series has been in development for nearly 20 years now. Originally helmed by James Cameron, the project was delayed time and time again, until eventually Cameron was forced to hand it over to his friend Robert Rodriguez (Spy Kids, Sin City, Machete), who was finally able to rework and complete the film. However, even after its completion, Alita: Battle Angel’s release has been delayed more than once, and early reactions to the initial teaser trailer alienated some due to the look of Alita’s eyes, which were made unnaturally big and round and CG in order to recreate the Japanese manga art style. Now, just in time to fight for a spot at the box office during Valentine’s Day weekend, Alita: Battle Angel has arrived. So was all of this extensive work and commitment to staying faithful to the aesthetics of the source material worth it? Yes and no – the look of Alita’s world and those who inhabit it are visually stunning and the action is full-on anime come to life, but the plot feels a bit too cramped and confusing for a single standalone movie.

Alita: Battle Angel takes place in the 26th century, where after a devastating war (named The Fall), the technologically advanced cities of the Earth were all destroyed, save one, the wealthy sky city of Zalem. Only the rich and powerful are allowed to reside there however, so the rest of humanity live in the scrapyard metropolis below called Iron City. Dr. Dyson Ido (Christoph Waltz), a surgeon and scientist who specializes in cyborgs (which are common in Iron City) stumbled upon the disembodied head of a young female cyborg. After repairing her, he names her Alita (Rosa Salazar), and she discovers what life is like in Iron City, all while trying to remember exactly who she is and where she came from. Alita soon discovers that she’s a relic of the old days – a deadly cyborg warrior made with technology considered long since lost. But this makes life much more difficult for her and her loved ones.

What Battle Angel has going for it is its outstanding and inspired visual design. The cyberpunk aesthetic is fully realized and has some truly incredible looking designs for Iron City and the cyborgs that reside there. Nothing ends up looking too cartoony, rubbery, or unconvincing, and it’s obvious that Cameron’s penchant for groundbreaking visual effects is on full display here. This is an expensive looking film, and with a rumored budget of around $200 million, it’s really going to hurt if this thing bombs. It would be a shame; the effects of Alita are its strongest aspect. The film really gets to show off whenever the action takes over. Rodriguez’s unique style translates remarkably well here, and every action scene feels like it’s straight off the pages of a manga. It’s intense, violent, and just plain badass. Most impressive of all, the film makes it all seem so easy, making you wonder why Hollywood has never been able to nail down the Eastern way of staging action before now.

Alita herself is a pretty stunning CG creation, but the effect comes and goes and can become distracting at times. The purpose seems to be to remind the audience that Alita isn’t fully human but also not fully cyborg, and that she sticks out even in this world filled with oddities. The large eyes have been fixed up a bit since the initial teaser (they’ve made her pupils bigger to match the size of her eyes), and while that certainly helps, the look can still be a bit off-putting during certain scenes. As for the character, Alita is thankfully the most realized of the cast, thanks in part to Salazar’s performance. We get to see her at all sorts of different ranges of emotion throughout the film; from wide-eyed and curious to overwhelmingly full of joy to sorrow to righteous fury. Battle Angel is a coming-of-age story for Alita, whose optimism and pure sense of right and wrong lead her to becoming a (quite literally) strong and confident young woman, who (also quite literally) chooses her own body, companions, and profession.

The downside is that Battle Angel feels like several stories crammed into one solitary two-hour film, an unfortunate byproduct of adapting an extensive (and ongoing) series. In fact, Cameron has confirmed that the film is a combination of the first four books from the original manga, and that’s simply too much information and plot for one movie. Imagine if the first Harry Potter film began with the story of The Philosopher’s Stone and ended with the events of Goblet of Fire – there would just be way too much going on in such a short span of time. In Battle Angel, we’re introduced to the world of Iron City, tons of background information and lore, numerous important characters, and the progression of Alita from being “reborn” to discovering the world, becoming a Motorball champ (the dangerous, high-speed sport of Iron City), finding out the truth about herself and her past, becoming a Hunter Warrior (basically a bounty hunter), falling in love with a boy named Hugo (Keean Johnson), and uncovering the true villains of the city and taking them on. It’s a lot. The plot and its characters and their motivations increasingly become rushed and confusing, which ends up leaving arcs ending in unsatisfying ways, and makes for some clunky exposition and dialogue.

Battle Angel shows the potential that these kinds of stories and material can have, granted that a studio is willing to throw ungodly amounts of money at it. The film certainly isn’t the complete disaster that many thought it would be, thanks to genuinely exciting and unique action and exceptional visual effects, but it also fails to be a complete home run due to its muddled storytelling. If you’re able to look past that and are mainly interested in the impressively stylized ass-kicking, then Alita is sure to please fans of both action movies and Japanese manga and anime. I certainly wouldn’t mind seeing more of Alita, but I’m also not holding my breath.

Verdict
Alita: Battle Angel has incredibly stunning visuals, action, and effects, but the story is far too cramped and feels like several movies stuffed into one.
6
Cultured Vultures is a pop culture website established in 2013 covering all things gaming, movies, and more. We eat your words.
All The News On The Biggest Games