5 Biggest New Movies of January 2022: A Magical Start to the Year

From reunions to anime, the start of 2022 offers something for everyone. 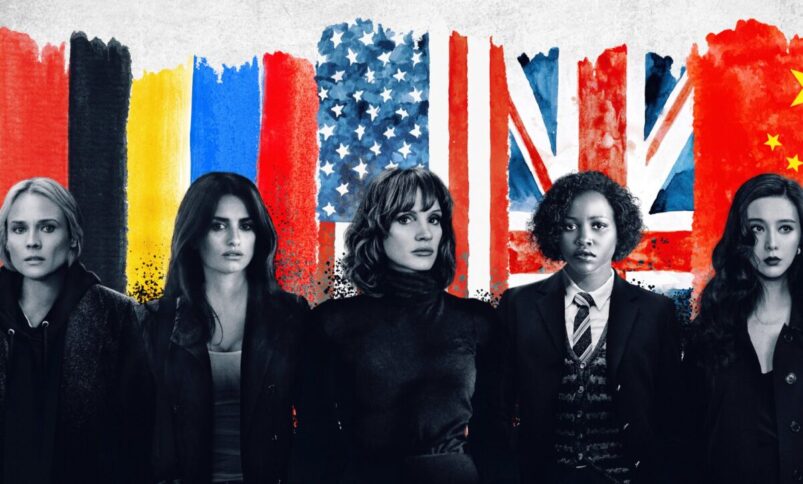 How time flies. In the blink of an eye, it’s 2022. If you’re a movie buff, there’s no better way to ring in the new year than with a slate of good movies. However, we all know that January is usually dumping ground for movie studios. With all of us heading back to work, and the holidays a distant memory, a journey to the movie theatre isn’t really at the forefront of our minds. Still, there are some promising releases this month, and if work’s gonna keep you busy, with no time to head to the cinema, there are some streaming options that you can enjoy from the comfort of your home.

As always, I also give a shout-out to films that don’t make the list, but deserve a watch. The Tender Bar and The Tragedy of Macbeth are technically movie releases of 2021, however, they hit streaming platforms this year, January 7th and 14th respectively, so check those out if you’re a fan of George Clooney’s filmmaking or if you want to see Denzel Washington get his Shakespeare on.

And now, back to our scheduled programming, here are the biggest new movies of January 2022.

This documentary, which has already made its debut on HBO Max, is a must-watch for Harry Potter fans. In this retrospective special, Daniel Radcliffe, Rupert Grint and Emma Watson join filmmaker Chris Columbus and other legendary cast members as they journey back to Hogwarts to celebrate the 20th anniversary of the first Harry Potter film. We get rare behind the scenes footage, and the documentary also pays homage to the actors who have since passed.

We’re no stranger to such reunion specials – the Friends reunion an especially popular one in recent memory – but the Harry Potter special strikes a perfect balance between nostalgia and warmth, fleshing out the impact the books and movies have had on young people all over the world. It’s definitely a sweet treat to start the year on.

The cast is excellent, with the likes of Chastain, Nyong’o, Kruger, Cruz, Fan, as well as Sebastian Stan and Edgar Ramírez on board. However, a star-studded cast doesn’t always guarantee a good movie, and female-centred action films haven’t had a good run of late. Last year we had Gunpowder Milkshake, Jolt and Kate, all of which were lackluster, and I really hope The 355 is the exception, but with a January release date and Simon Kinberg at the helm (the man directed X-Men: Dark Phoenix), things aren’t looking too promising.

Still, might be a worthy watch just to catch all these wonderful actresses in action.

This film is probably the most anticipated one this January. I mean, it’s easy to see why; Scream is iconic. It inspired a whole new trend of slasher flicks – I Know What You Did Last Summer, Urban Legend etc – and even last year’s Fear Street trilogy paid homage to the first Scream movie.

Twenty-five years after a streak of brutal murders shocked the quiet town of Woodsboro, a new killer has donned the Ghostface mask and begins targeting a group of teenagers to resurrect secrets from the town’s deadly past. The cherry on top is that Neve Campbell, Courteney Cox and David Arquette are resuming their roles in this one. Like Ghostface says in the trailer: what an honour.

Hopefully Scream delivers on the thrills, and isn’t another nostalgic sequel cash-in.

In Mamoru Hosoda’s Belle, inspired by the classic tale Beauty and the Beast (hence the title), Suzu, a teenager traumatised by the death of her mother, signs onto the virtual world of U, a platform that uses biometric information of the user to create their true self. The greatest punishment in this world is being unmasked and having one’s identity revealed, something Suzu finds herself up against as she tries to help the unpopular Dragon.

The message of Belle is a simple one, but Hosoda manages to balance the movie’s heavy themes with eye-popping visuals and wonderful storytelling. It will probably be one of the more underrated movies this year; hopefully it gains more traction as the year wears on.

After the disaster that was Venom: Let There Be Carnage, I think we should all keep our expectations low for this one.

2021 wasn’t exactly a stellar year for Jared Leto. There was his strange performance as the Joker in the Snyder Cut of Justice League, his camp over-the-top acting in House of Gucci, and The Little Things faltered critically – he was truly creepy in the latter, but the movie just didn’t deliver. Will 2022 be a better year for him?

Leto plays Dr Michael Morbius, a man struggling with a rare blood disorder. Desperate to save himself, and others from the same fate, Morbius takes a risky gamble, so becoming a living vampire. The main conflict is of course regarding Morbius’ characterisation – will they go the more dangerous route of villainy, or the safer option of anti-hero? Obviously there will be some crossover with Venom and Morbius at some point, so hopefully this film isn’t a total trainwreck.