While not everything works in Zack Snyder's Justice League, it should satiate fans of the filmmaker. 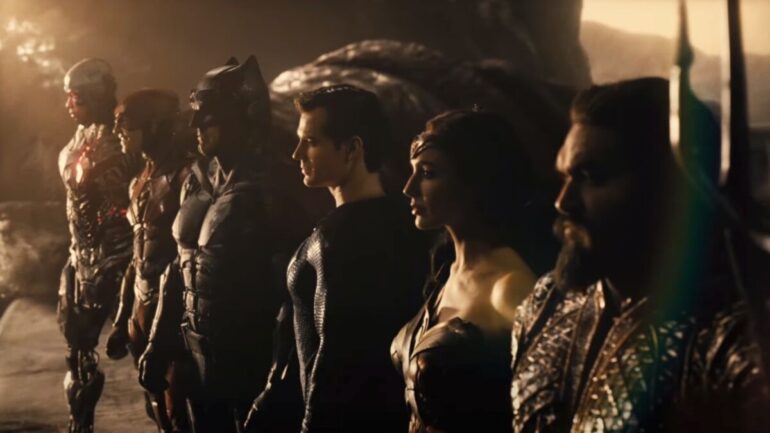 The Snyder Cut is finally here, and while I’m extremely happy to have it, there was absolutely no way this was ever going to play in theaters, at least not as a “normal” release.

At a few minutes over four hours (including credits), it beats out Gone with the Wind with what may be described as either an “epic” or “bloated” runtime. There’s also the decision to present the film in a 4:3 aspect ratio, something that a number of recent indies have used but that hasn’t been used in big budget mainstream filmmaking for decades. So it’s impossible to imagine that any studio would allow their major superhero team-up movie to be released this way.

And it’s easy to see why. The 4:3 aspect ratio becomes distracting and even frustrating for an epic like this, especially in the action scenes where I continually found myself following motion that was then cut off by black bars on the sides of the screen. The expanded backstories for Cyborg (Ray Fisher) and Flash (Ezra Miller) drastically slow the film’s momentum. The first hour is spent building up the impending threat of the villain Steppenwolf (Ciaran Hinds) before any scenes of significance with Cyborg or Flash, which then halt the dramatic action up to that point.

Both Wonder Woman (Gal Gadot) and Cyborg deliver long exposition drops to explain the macguffins, excuse me, “motherboxes,” and while Fisher is better at this than Gadot, neither is up to the task of making these monologues feel like anything other than a lecture. Somehow there are both moments that feel unnecessarily long, like an Icelandic choir singing Aquaman (Jason Momoa) goodbye, and sections that feel like they should have been expanded, like Superman’s turn from fighting against the other heroes to joining them after his resurrection. And while this would likely not be the case if Snyder had been given the time and money to make this an official entry in the DCEU, much, if not most, of the visual effects throughout make characters (and horses) look like soft plastic figures, particularly in the mass scale action sequences.

But despite all this, the film overwhelmingly works. The introductions of Cyborg and Flash are by no means perfect, but they give these characters some depth. The issues that they cause for the building momentum would likely have been fixed simply by placing their introductions before, instead of between, scenes of Steppenwolf’s attacks. Aquaman’s introduction is well connected to the overarching story and the scenes where he struggles with whether to join the fight feel like they have bearing on that story. The expanded action sequences are thrilling and, like the Final Fantasy films, overcome their plastic looking characters through sheer adrenaline and spectacle. There’s also a genuinely shocking amount of blood throughout which makes all of the action much more affecting.

What’s most surprising though, and most welcome, is simply how much joyous fun this four hour movie is. The banter between Wonder Woman, Batman (Ben Affleck), and Alfred (Jeremy Irons) as they discuss their failures and successes in recruiting other metahumans has a great rhythm, reminiscent of similar “getting the team together” conversations in Soderbergh’s Ocean’s 11. Miller’s Flash is alternately annoying and endearing, but his interactions with Cyborg and Aquaman are funny and show real bonds forming between these team members. And while it’s a bit embarrassing to admit, the slow motion shot of all of the heroes in an attack formation together in the finale made it impossible for me not to smile.

That shot is just one of a number moments in the film that made me truly feel something. The introductory scenes for Cyborg and Flash lay the groundwork for a real, albeit slightly overdone, emotional pay-off in the finale. Steppenwolf is also given attention as more than simply the big bad and Hinds’ voice work (though it is distorted for effect) lends the character real pathos as he seeks to redeem himself in the eyes of his master Darkseid (Ray Porter).

It’s the way that these emotional beats combine with the infectious joy of watching these heroes save the world that makes the four hours (mostly) fly by. While not everything here works, the movie overall left me wanting more. Which is a compliment to any film, but feels especially remarkable for one that is this much of a commitment.

READ NEXT: Ranking Zack Snyder’s Filmography From Worst To Best 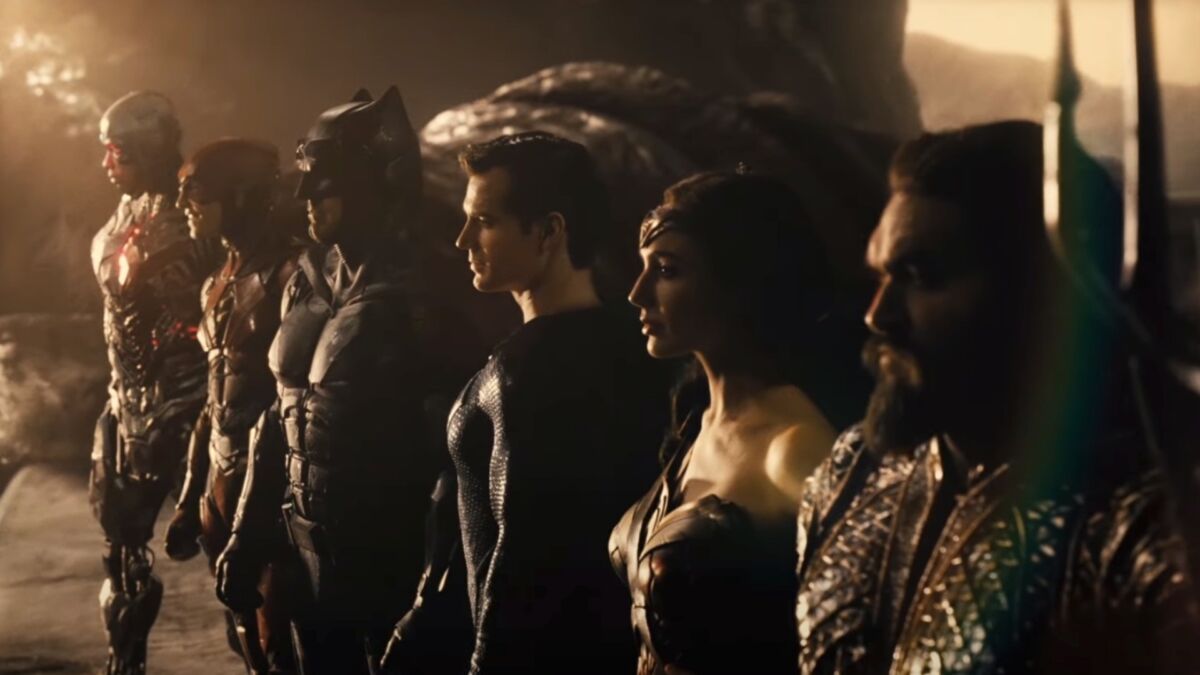 Verdict
Zack Snyder’s Justice League has its issues, from shoddy CGI and a bold but misjudged 4:3 aspect ratio to poorly delivered exposition drops and character introductions that slow the plot. But it is also surprisingly fun, emotional, and uplifting in a way that makes its four hour runtime feel not just reasonable, but earned.
7
Cultured Vultures is a pop culture website established in 2013 covering all things gaming, movies, and more. We eat your words.
All The News On The Biggest Games