5 Reasons Why You Should Watch Netflix’s Fear Street Trilogy

This could be right up your street. 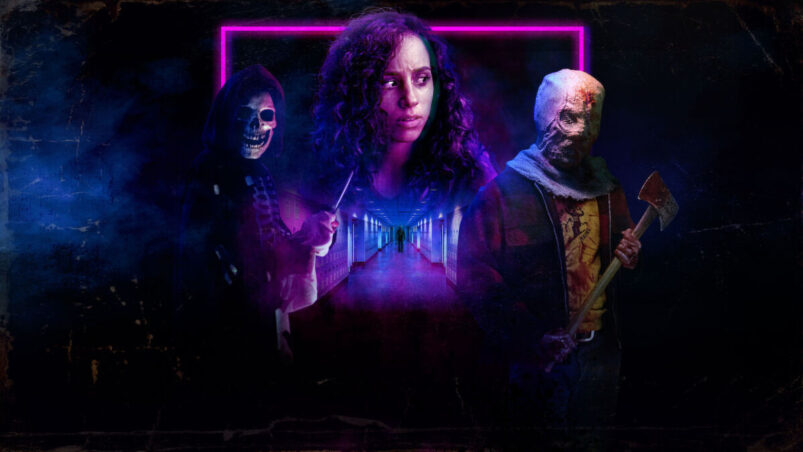 If you’re anything like me, figuring out which films and TV shows you should give your time to is hard stuff. With how busy our lives are and how limited our downtime is, we want to make sure that the content we dive into will be rewarding or at least entertaining in some way. I have started many movies on Netflix, only to surrender at the halfway mark, or continue to push on just to finish it, a choice which always leads to regret.

When it comes to sequels and trilogies, especially in horror films, these aren’t usually planned or framed in relation to each other (we can clearly see this in The Conjuring‘s various sequels and spin-offs). Wes Craven’s Scream performs well, so they decide to do another, the same for John Carpenter’s Halloween, and so on.

As for Fear Street, all the films are told in connection to the other, and they are released as a trilogy. Just when you think the story is over, or something contained within the film, the ending shows you otherwise. So far, only the first movie is out, with everyone speculating how this narrative will link up with the other two movies.

It has all the buzz and anticipation of waiting for a new episode of your favourite TV show every week (I’m looking at you Mare of Easttown), but it’s a film instead.

You don’t have to be a horror fan to notice the obvious influence of Wes Craven’s Scream in the opening moments of Fear Street: 1994. The second film makes a trip back to a 1978 summer camp – I mean, Friday the 13th anyone? Let’s not forget that John Carpenter’s Halloween was released and set in 1978.

Also, there are supernatural aspects to the series. The focus on a witch, and some trippy moments in the woods does feel a bit reminiscent of The Blair Witch Project, though thankfully we aren’t treated to the shaky camera effects and we do actually get glimpses of the witch.

While I didn’t appreciate the way the music was sometimes spliced together (we leap rapidly to different tunes before the song has a chance to settle in), I did enjoy some of the 90s tracks, like Damn I Wish I Was Your Lover by Sophie B Hawkins, Creep by Radiohead and Firestarter by the Prodigy. Some of these songs aren’t specific to the year the film is set in, like Firestarter was released in 1996, but hey, a 90s track is a 90s track – I’m not going to quibble about a few years.

Us 90s folk also remember AOL chatrooms, as well as Walkmans (I was obsessed with owning one but parents thought it was a waste of money). The set-up of the mall also has a 90s feel, as does the bookstore that Maya Hawke’s character works at. It isn’t as steeped in the 90s as Stranger Things’ handling of the 80s, but I do feel the 90s is harder to replicate, since it isn’t very distant from our contemporary reality.

I can’t wait to see how they handle the late 70s, though I have to say, from the teaser alone it looks pretty awesome.

In slasher films, there are a core group of characters who need to evade the killer, and we watch as they are picked off one by one. Because this series is adapted from R.L. Stine’s Fear Street series, which are books for children, I assumed safety and predictability. This was not the case. Frequently, I am lured into thinking these characters are safe, only to find them shipwrecked into trouble again.

Usually, I don’t care enough about these characters for their deaths to matter. Most of the time, it’s only the protagonist who gets the most development, like we know the most about Sidney in the Scream franchise, while everyone else exists to be killed off or to double cross and end up being the murderers.

I was left stunned a few times by the turn of events, and was shocked to discover that I actually cared about these characters’ fates and didn’t want them to die. So don’t expect a murder by numbers kind of thing going in.

5. All That Potential Spin-Off Material

R.L. Stine, who is also the writer of Goosebumps, has tons of books in the Fear Street series. Just the original book series itself consists of 51 books, not including the various spin-offs, and the fact that Stine is still writing more books means that there is so much to choose from. While the trilogy isn’t directly adapted from any of the books in particular, aiming to emulate more of the feel and atmosphere of the series (since it goes down a darker, more adult tangent), the Fear Street books are set in Shadyside, which is the setting for the trilogy as well.

This offers abundant opportunity to dive deeper into the books’ material for future films, should the trilogy be well-received and meet Netflix’s insane yardstick of success (I’m still not over the cancellation of Santa Clarita Diet and Anne with An E).

As we wait for each new film to be released on Netflix each week, Stine’s books are readily available to entertain us in the meantime.